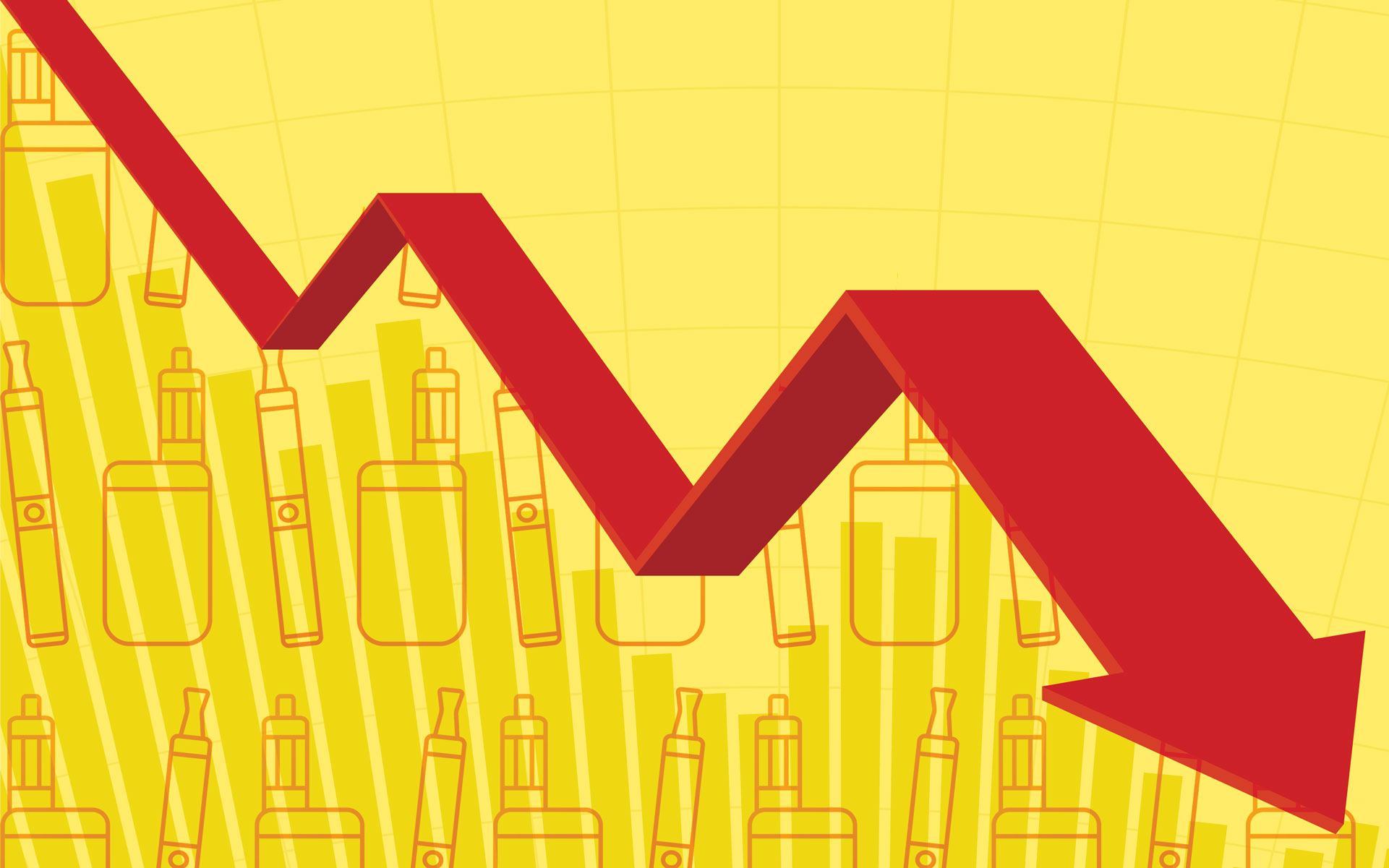 (champc, bsd555/iStock)
PORTLAND, Ore. (AP) — Vaping products, one of the fastest-growing segments of the legal cannabis industry, have taken a hit from consumers as public health experts scramble to determine what’s causing a mysterious and sometimes fatal lung disease among people who use vaporizers.

The ailment has sickened at least 805 people and killed 13. Some vaped nicotine, but many reported using oil containing THC, marijuana’s high-inducing ingredient, and said they bought products from pop-up shops and other illegal sellers.

The only death linked to THC vapes bought at legal shops occurred in Oregon, where health officials on Thursday announced a second fatality and urged people to stop vaping.

Amid the health scare, the amount of the legal pot industry’s revenue that comes from vape products has dropped by 15% nationwide, with some states seeing decreases of more than 60%.

In roughly two years, vaping products grew from a small fraction of overall sales to about one-third, with $9.6 billion in sales between 2017 and 2019.

Vaping THC is popular for those desiring a quick high without the smoke that comes from lighting up joints. Marijuana companies are trying to boost the public’s confidence by promoting that their vaping products are tested by the government, demanding ingredient lists from their vendors and in some cases pulling items from shelves. Some also are scrambling to get liability insurance.

Still, many have seen notable declines in sales since the health scare emerged on a national scale last month.

“It’s having an impact on how consumers are behaving,” said David Alport, owner of Bridge City Collective in Portland, which in two weeks this month saw a 31% drop in sales of vape cartridges that hold the oil that vaporizes when heated. “People are concerned, and we’re concerned.”

Health officials in California, home to the world’s largest legal marijuana marketplace, this week issued an advisory urging people to stop all vaping. Massachusetts, which like California allows the use of marijuana by people 21 and older, went further than any other state, issuing a four-month ban on vape sales.

In the booming legal U.S. cannabis market, vaping products had been exploding in popularity. In roughly two years, they grew from a small fraction of overall sales to about one-third, with $9.6 billion in sales between 2017 and 2019, according to New Frontier Data, an economic analysis firm that tracks the industry. About one-fifth of U.S. cannabis consumers report using them.

New Frontier found a 15% decline in the market share for vape sales nationwide during the first week of September and saw no rebound in data collected through Sept. 18. At the state level, New Mexico, Massachusetts, Nevada and Montana all saw drops of one-third or more, while California fell by 6%.

Oregon, among the earliest of the 11 states that legalized recreational marijuana, has seen a 62 percent drop in market share for vapes, said John Kagia, the firm’s chief knowledge officer. The big decline occurred after the state’s first death was announced and officials said the victim had used vapes purchased at legal retailers.

Analysts are watching to see if vape sales erode further after the U.S. Centers for Disease Control and Prevention announced Thursday that the number of suspected vaping-related illnesses had grown by 52% in the past week.

“This is a very, very fast-moving issue, and it will likely be a couple more weeks, if not months, before we understand the impact it’s really had on the retail ecosystem and on consumers’ attitudes,” Kagia said prior to the announcement.

Doctors have said the illnesses resemble an inhalation injury, with the lungs apparently reacting to a caustic substance. So far, no single vaping product or ingredient has been linked to the illnesses.

Health officials in New York are focusing on vitamin E acetate, a viscous solution that’s sometimes added to marijuana oils. Retailers in some markets are pulling products from their shelves that contain that and other additives. Other companies have proactively released public statements saying their vape oils contain only pure THC.

“The decision to take this particular product off our shelves was significant, as the confidence and trust of our consumers is paramount to our core values,” Medicine Man President and Chief Executive Officer Sally Vander Veer said. “Hopefully the rest of the industry will also conclude that removing these cannabis products with the chemical additives under scrutiny from the market is in the best interest of consumers and all of us as operators.”

In Illinois, a message board for medical marijuana patients banned posters from sharing home vape recipes.

“I just do THC. No flavor additives. I won’t even take that chance,” said Lisa Haywood, a medical marijuana card holder who lives outside Chicago and follows the board for advice and support.

State regulators track the cannabis sold to consumers but don’t monitor what additives are in marijuana oil vapes. That’s led states to begin discussions of how to tighten restrictions on vaping products even as retailers themselves try to determine which of the products on their shelves contain so-called cutting agents.

“We haven’t evolved our system that far to think about what we would test for in those products. A lot of these additives were conceptual at the time when the (marijuana legalization) law passed and the program came into place,” said Steve Marks, executive director of the Oregon Liquor License Commission, which oversees the state’s cannabis industry.

“Figuring that out is part of the evolution that we have to do as a consumer protection agency,” he said.

Hilary Bricken, a Los Angeles-based attorney whose firm specializes in cannabis business law and regulatory issues, said the legal marijuana industry is moving so fast that many states are “literally making this up as they go,” and the vaping scare has stripped away the sense of security that consumers get from buying from a licensed dispensary.

The vaping crisis will undoubtedly hasten tighter regulation at the state level and force the industry to patrol itself better to avoid crippling lawsuits, she said. The idea of more regulation unnerves some medical marijuana.

If there’s a ban, “what does it do for all these people who have been seeing relief? … It is going to really impact patients and the industry that we’ve fought” to create, said Melanie Rose Rodgers, a Colorado medical cannabis patient and leader of the state’s chapter of Americans for Safe Access, which advocates for medical marijuana patients.

Bobby Burleson, an analyst with Toronto-based investment and financial services company Canaccord Genuity, said the initial problems for the vape segment of the cannabis industry should moderate, and the health scare may in the end help the legal marijuana industry.

The crisis “should ultimately accelerate the shift away from the black market for cannabis products in the U.S.,” he said. 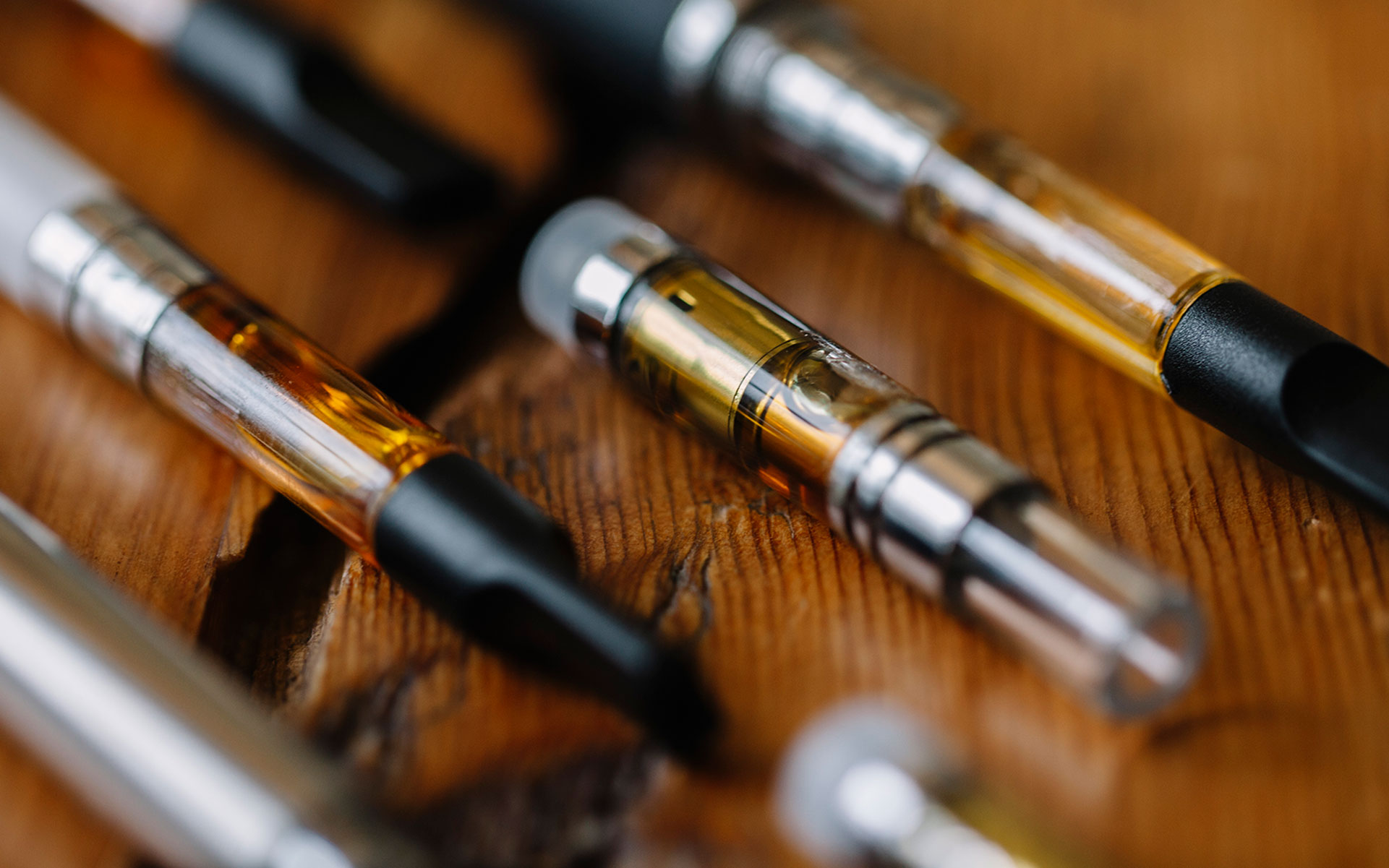 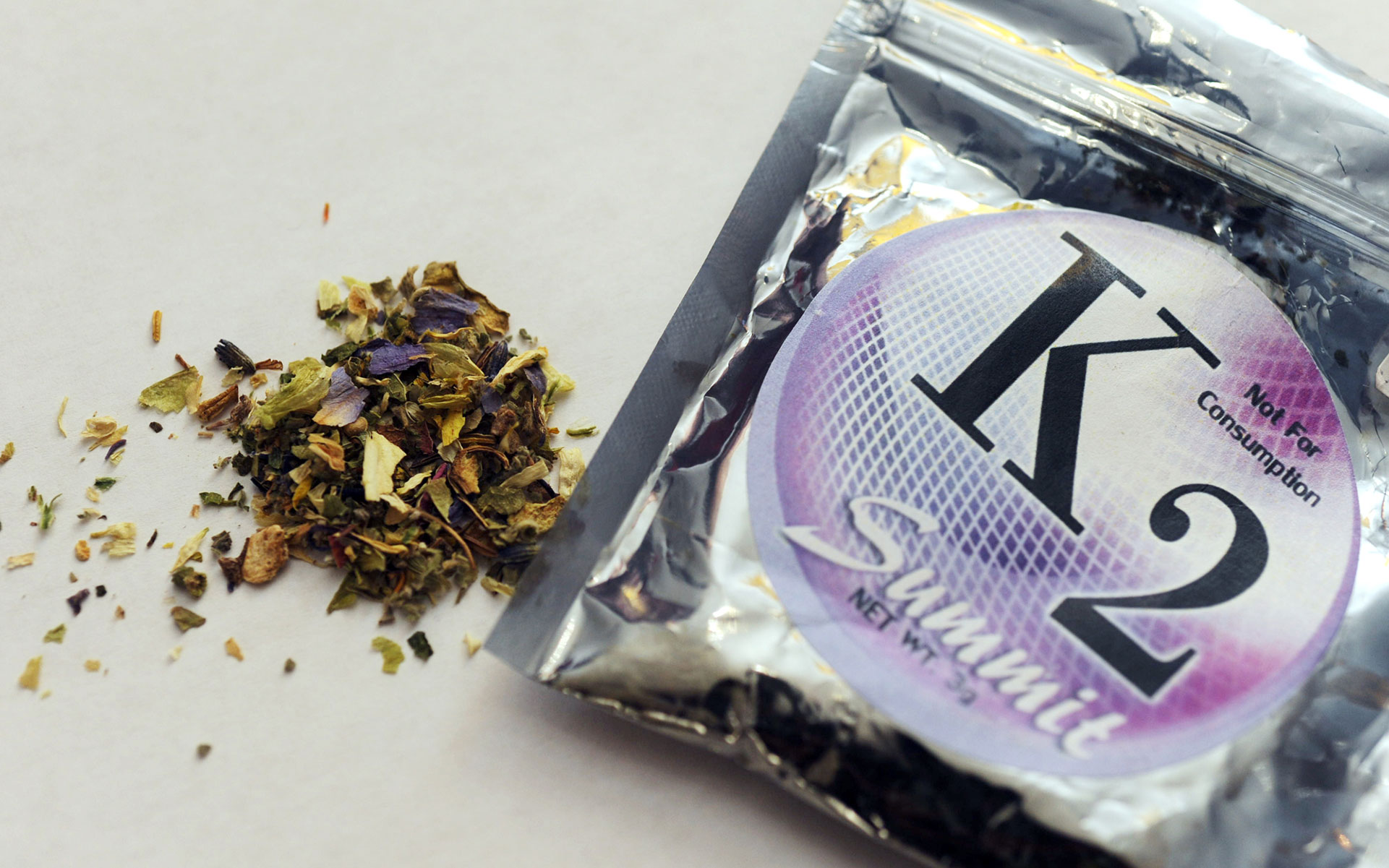 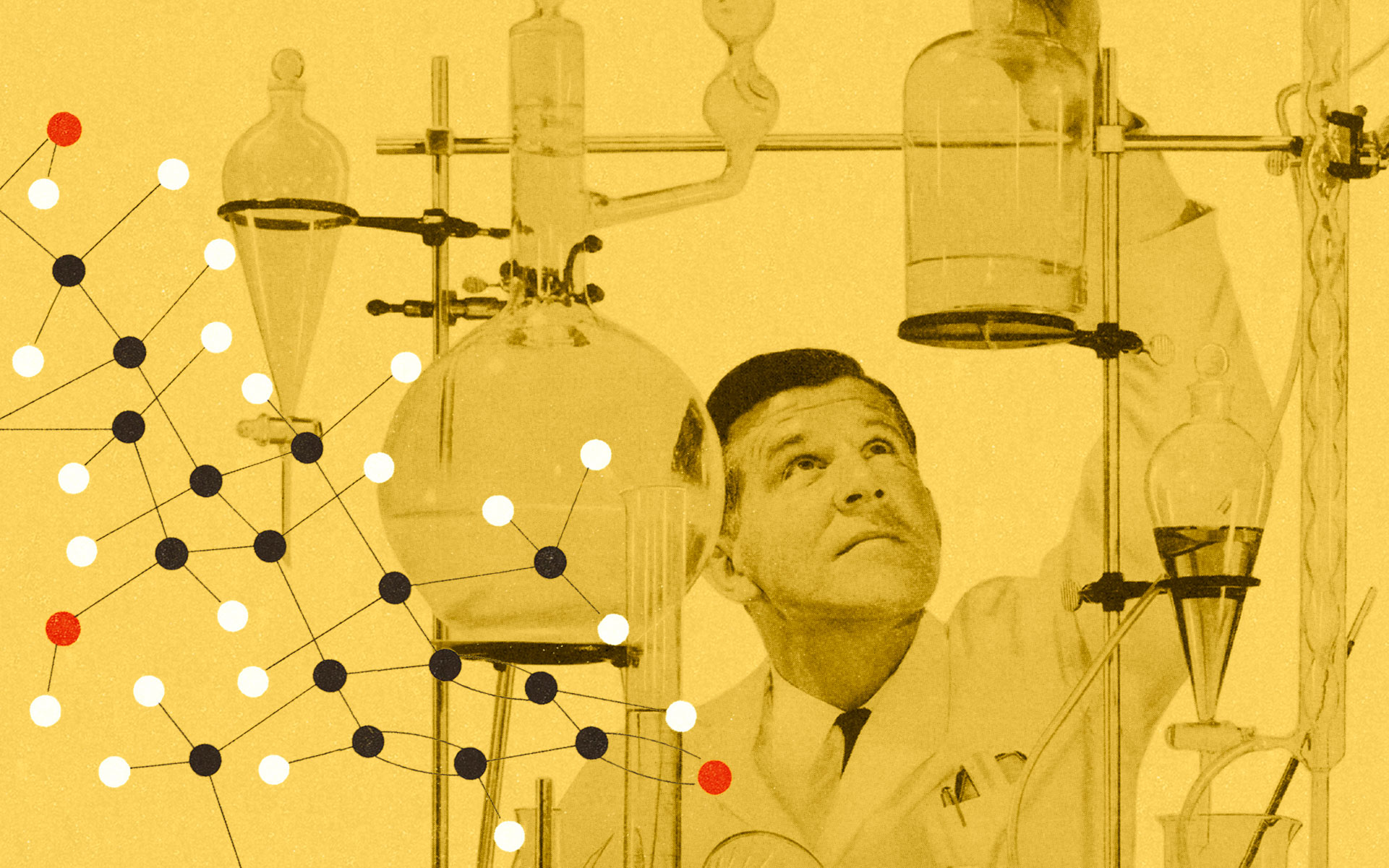