CBD Is a Schedule I Drug? My Shooting Pain Wonders Why.

The first time I felt my left pinky go numb was last November. We’d been driving for hours on a roadtrip in Nova Scotia, and as I had done for all car rides in the past decade or so, I was knitting. I remember running my finger down the interior of the car, down my face, across the cold metal of my needles, and feeling the brutish clumsiness of a limb waking up after being pinned in a strange position during sleep. I can still picture my right hand pinching that pinky, right at the tippy top of my finger, and the sharp grip of fear, realizing I felt absolutely nothing.

Knitting was once a pastime in my life. I would knit constantly. On the clock, in lecture, dark movie theaters, no place was safe from the soft swish of my needles. It eventually morphed from a hobby into my actual livelihood. 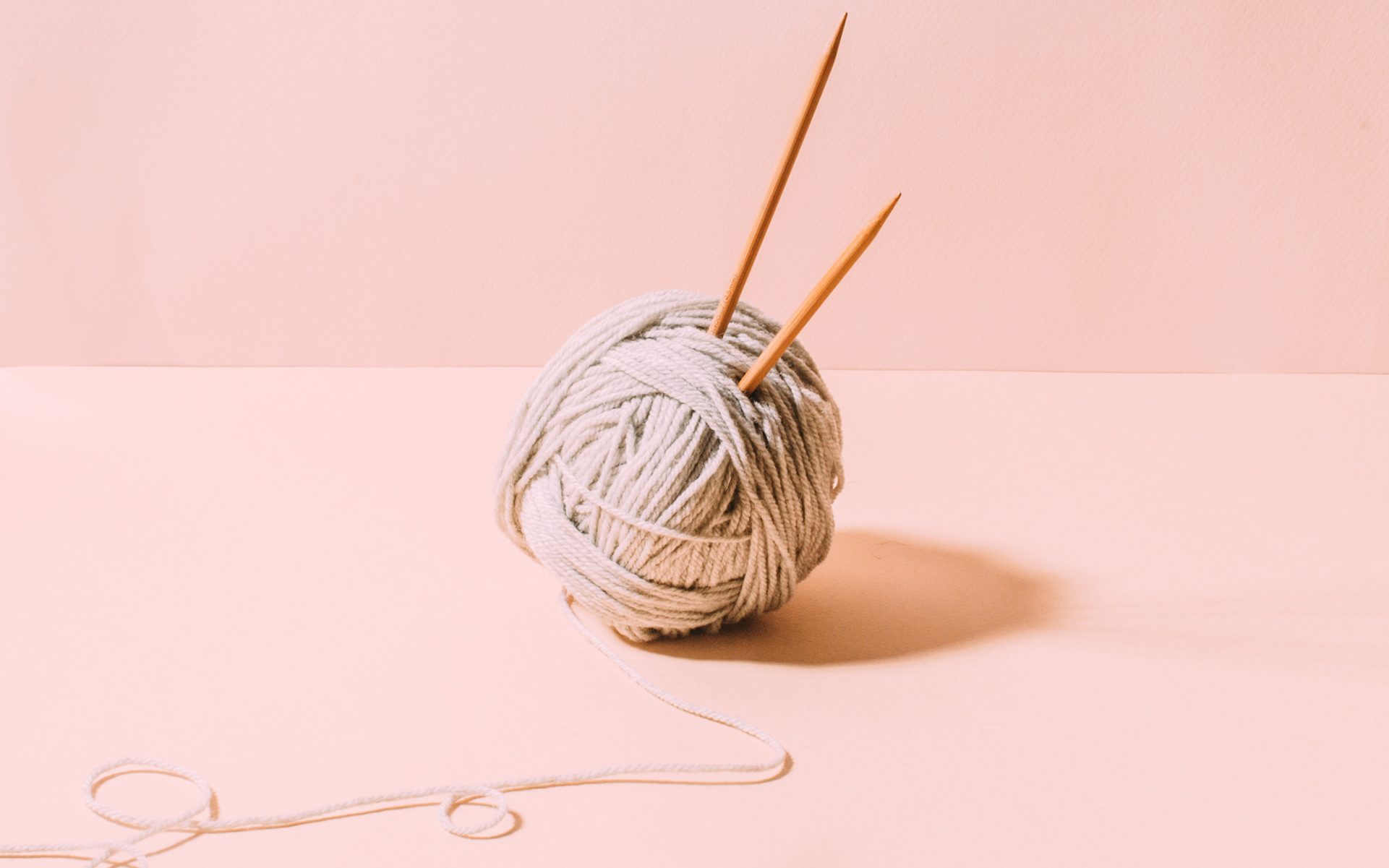 On that day back in November, I remember thinking that I couldn’t keep working as a knitwear designer if I couldn’t feel my finger.

The human brain has a horrible inclination toward ignoring evidence it doesn’t much like. My human brain, in this way, is not so unique. I continued to brush aside the red flags my body was waving, and pressed into my work. My neural novocaine was the comforting reality of my age; 26 was far too young to have my body buck under pressure. I wasn’t a long jumper, an Olympic heavy lifter, or a baseball pitcher; I was knitting!

I pushed through the numbness, the aching that came after, and the eventual sharp stabbing pains shooting down my neck through my arm. My breaking point finally came when I couldn’t hold a drinking glass at a certain angle, open drawers, or hold a camera lens without my wrists screaming in pain. My 26 year old body did have limits, and I reached them.

26 was far too young to have my body buck under pressure. I wasn’t a long jumper, an Olympic heavy lifter, or a baseball pitcher; I was knitting!

After a catastrophic amount of medical bills, as is custom in this country of ours, I was told that both my ulnar and carpal tunnel nerves were the culprit. Maybe a slipped cervical spine disc, too. If I continued at the course I was on, I’d be facing permanent nerve damage.

I know I’m lucky to have this issue in present day, and not a decade prior, where I could’ve been regarded with a shoulder shrug and a script of Oxy. Maine is one of the many states in the midst of a severe opioid abuse epidemic. 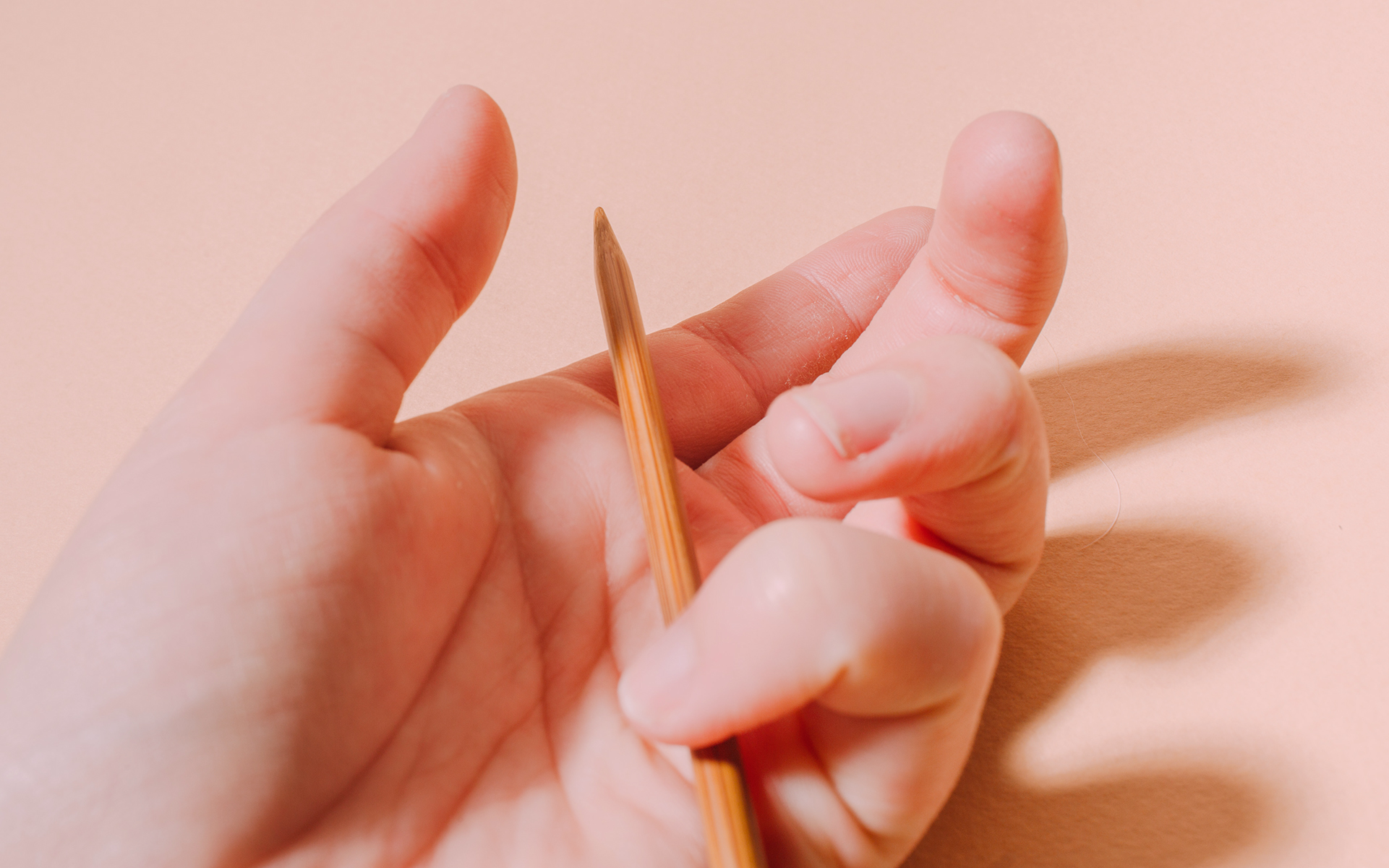 My partner is a graphic designer who works for clients in the cannabis industry, and through that connection I began to explore solutions in Maine’s medical marijuana program. Another arena I feel supremely lucky, I live in a state with readily available access to legal cannabis. Topical relief from CBD was intriguing and widely available, but despite my curiosity, I was thoroughly pessimistic that lotion could be my solution. Until I tried it.

I didn’t rub salve onto my wrist that first day and experience an angelic choir singing in harmony hallelujah. But it did sincerely feel miraculous. Thirty minutes after I coated my wrist, arm, and back in CBD salve for the first time, I was no longer in an extreme amount of pain. It was still there, in the distance, but it allowed my brain to snap from a haze that I’d been in for months. I could fully rotate my wrist and didn’t feel the familiar burning itchy numbness when I bent my elbow.

An important thing to note: I had symptomatic relief, not a cure. My injury wasn’t deleted overnight, but the gap in pain allowed me to consider behavioral changes to my work and daily life. I feel unspeakably grateful to the CBD cannabinoid for snapping me onto a path toward getting better. 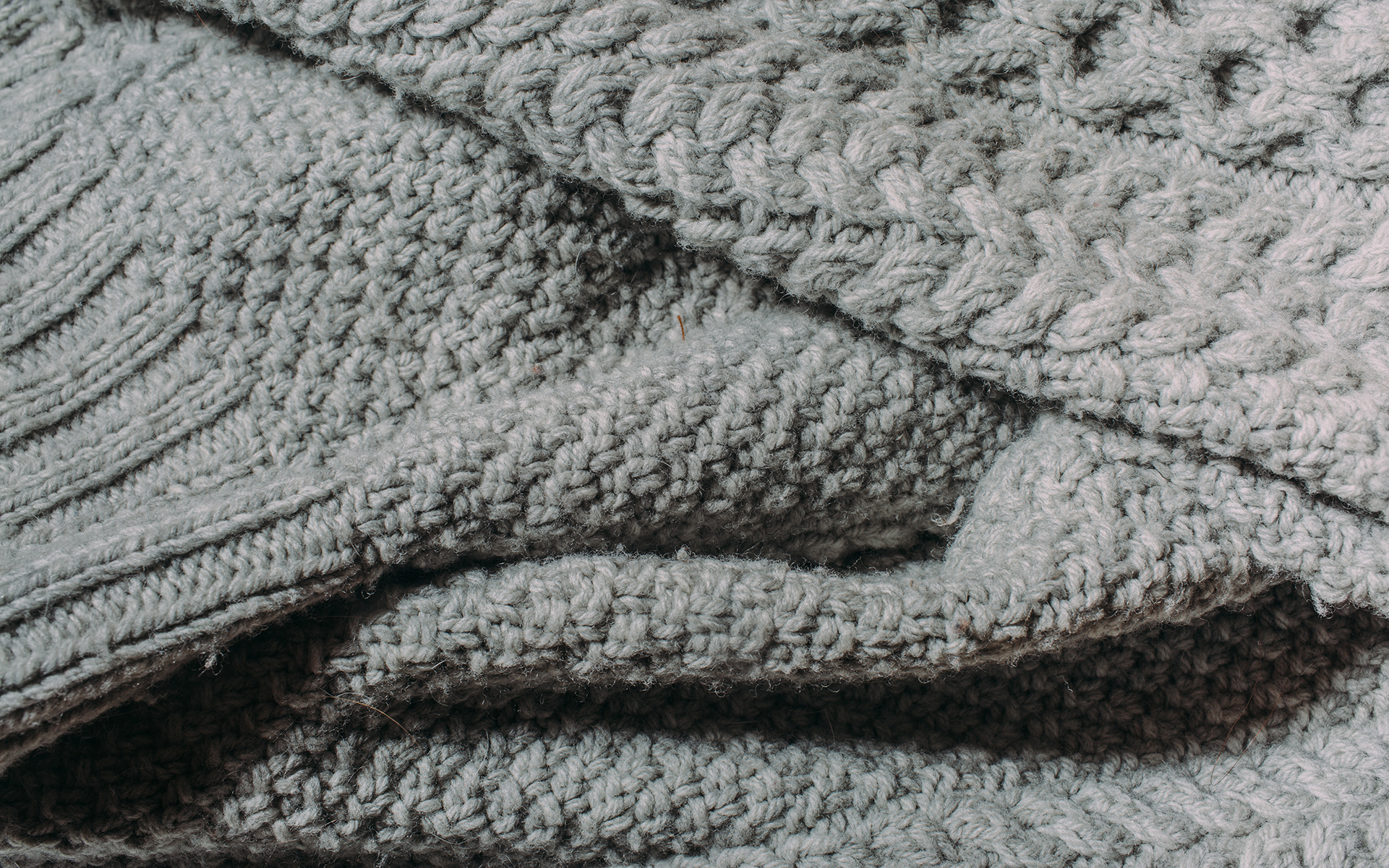 Not long after I sunned myself in the joy of pain relief did I consider what I would have done if I had been living back home in Missouri. Although my topical CBD usage is above board, I don’t think I would’ve found this viable option so quickly in a state with no medical marijuana program. I think about my grandma who has trouble sleeping, and my grandpa with significant daily pain from a knee replacement surgery. Is it legal for me to send them CBD from Maine? (Editor’s note: Technically, and sadly, no. Not legal.)

CBD exists in this gray quasi-legal nebulous, where state and federal government agencies enforce contradictory legislation. Compounding this haze further, the cannabinoid CBD is molecularly indistinguishable when extracted from industrial hemp or cannabis, a fact which the federal government has used to its advantage. Per the DEA’s 7350 drug code clarification on “marihuana” extracts, the federal government’s official position is that there is no distinction between CBD derived from industrial hemp plants and cannabis plants, and as such, CBD is a Schedule I drug. 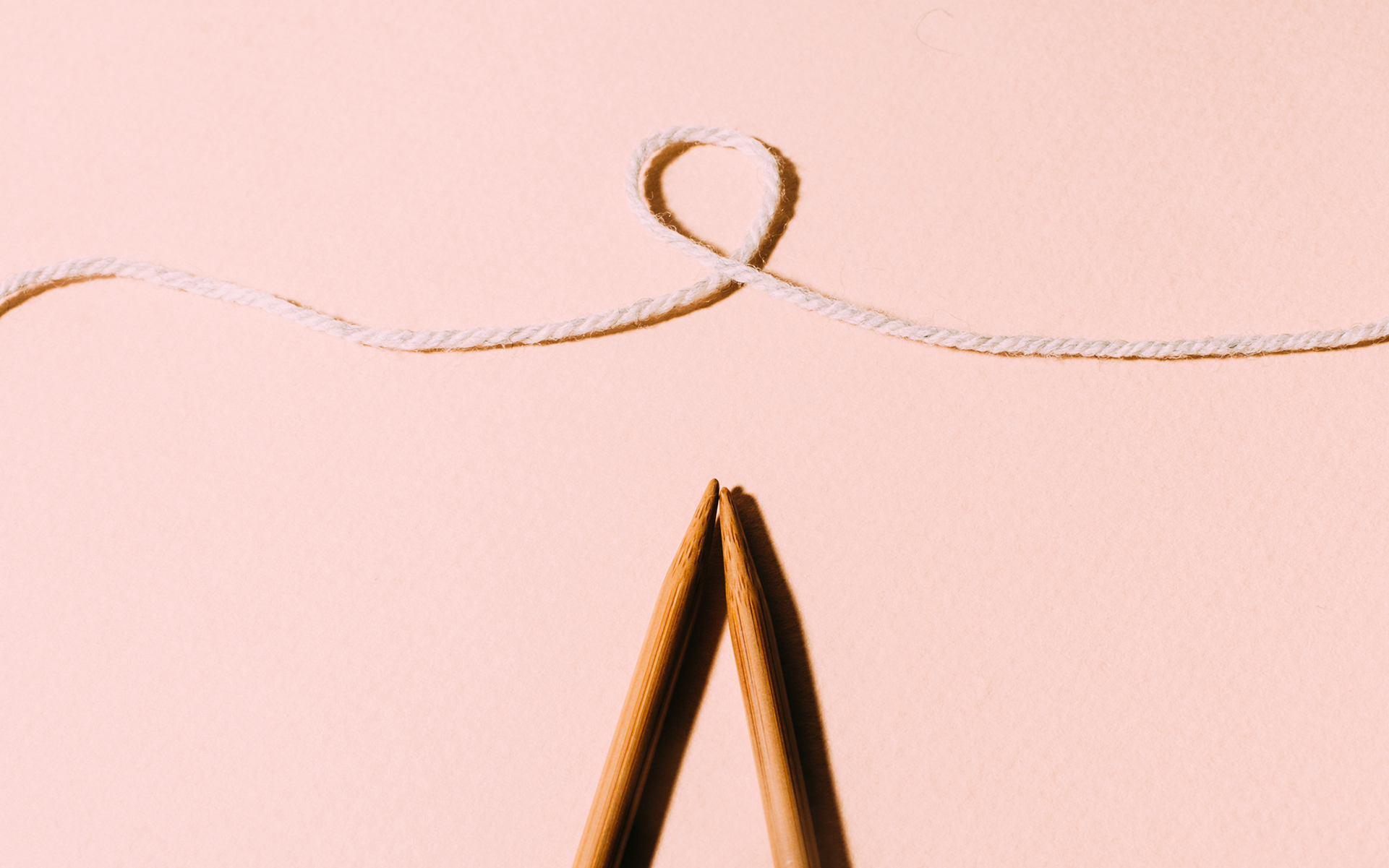 The chasm between regulation and enforcement is vast, and I recognize it’s unlikely I that I get arrested for sending a CBD bath bomb to my grandma. Still, the fact that a non-intoxicating cannabinoid derived from a non-psychoactive plant with vast, peer-reviewed, research-based evidence of its medical significance is currently classified as a Schedule I drug is nothing short of disgusting.

Still, the fact that a non-intoxicating cannabinoid derived from a non-psychoactive plant with vast, peer-reviewed, research-based evidence of its medical significance is currently classified as a Schedule I drug is nothing short of disgusting.

Thousands of individuals and families are uprooting their lives to seek treatment of epilepsy, autism, Parkinson’s, and chronic pain disorders, relocating to states where they can avoid jail time for seeking CBD-based treatment. Even in states with CBD laws in the books, there are still major barriers toward easy access; already in 2018, businesses in Iowa, Alabama, Tennessee, and Utah have seen DEA-assisted seizures of legitimate CBD products for violating the federal law. If businesses can’t operate in these states without fear of their inventory being destroyed overnight, how can residents in these states have scare-free access to CBD?

I’m grateful to be living in a state with medical and recreational legalization on the books, but my heart shatters for those who don’t. I sincerely hope that mainstream awareness of CBD continues to grow, and those dealing with any chronic pain are able to find the treatment they need to manage. Until then, I’ll be talking myself hoarse to anyone who will listen about how much this cannabinoid has changed my life. 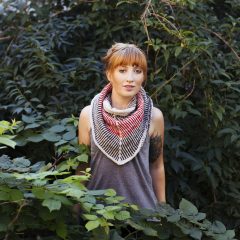 Whitney Hayward is a knitwear designer, a CBD topicals maker (mthrsuperior.com), and a mediocre pianist. She enjoys all three happily in the state of Maine.