Over the last four years, more than 100 families have consulted me about whether cannabis is the right medicine for their child who suffers from seizures. These families want to know the basics: the risks, the potential benefits, how it works, the current scientific literature, and how to get started. With this information, you too will be empowered to make the best decision for your child.

What Are the Risks of a Cannabis Trial?

While cannabis has amazing potential to successfully treat a myriad of conditions, including pediatric seizures, it is not without drawbacks. Parents should be prepared for the following potential downsides of cannabinoid treatment.

Any antiepileptic drug can cause increased seizures in certain individuals, and this is also true of various cannabinoids, the antiepileptic compounds found in cannabis. Increased seizure activity occurs in 4% to 18% of patients with epilepsy who use cannabis1 2, and it’s usually easy to identify and quickly correct.

Cannabinoids have a superior safety profile compared to most anti-epileptic drugs, many of which have been shown to impair brain function and development.

If a child experiences increased seizures due to one cannabinoid, such as CBD (cannabidiol), it’s likely that other cannabinoids, such as THC or THCA, or a lower dosage of the offending agent, could reduce the seizures.

Many of the anti-epileptic drugs your child is already taking may interact with the cannabinoids. This usually occurs because of competition for enzymes in the liver that break down the drugs, known as CYPs. The most common interactions involve clobazam and valproic acid. Your neurologist or cannabinoid medicine specialist should be able to identify these interactions, appropriately monitor levels of these medications in the blood, and make dosage adjustments if needed.

Losing access to cannabis, especially if your child responds very well to it and has been able to decrease or discontinue some of the other anti-seizure drugs, can have a devastating effect. Hospitals with uninformed cannabis policies, restrictions on interstate or international travel, interruptions in the supply of consistent cannabis products, and other variables are real risks and are sometimes very difficult to manage.

The common adverse effects of cannabis are mild, especially when compared to anti-epileptic drugs. Decreased appetite, GI upset, and irritability can occur with low doses of CBD. At higher doses of CBD, adverse effects also include diarrhea, vomiting, fatigue, fever, tiredness, and abnormal results on liver-function tests. THC side effects can include excessive giggling, tiredness, remaining still in one position, slowed reactions to one’s environment, and discoordination or impaired balance.

Can Cannabis Injure the Developing Brain?

All evidence of cannabis causing harm to the developing human brain comes from studies of adolescents who are using cannabis to get high, typically in the setting of multi-drug abuse and other life stressors. These data do not directly apply to pediatric patients using cannabis under medical supervision with a goal of improving health. While adverse developmental effects are something to consider with any seizure medication, continued seizures in a developing brain can also cause damage. It’s important to weigh the benefits of seizure reduction against the potential harms of any treatment.

Cannabinoids are inherently neuroprotective substances—in fact, our brain produces its own cannabinoids when injured to reduce damage and promote healing. Cannabinoids have a superior safety profile compared to most anti-epileptic drugs, many of which have been shown to impair brain function and development.

What Are the Potential Benefits of Medical Cannabis for Your Child?

Some cannabinoids have anti-convulsive properties, and can be used to reduce seizure frequency, intensity, and duration. In 272 patients with epilepsy that had failed to respond to multiple medications, 86% received some benefit from cannabis, and 10% became seizure-free.1 While these anti-convulsive benefits are clearly the top priority, there are many other benefits that cannabis can offer to patients with seizures.

Many patients find that a combination of cannabinoids work better than isolated compounds. This synergy, or what’s described as the “entourage effect,” is a common feature of botanical medicines.

Several cannabinoids have neuroprotective properties, clearly demonstrated in numerous animal studies. These compounds limit the injury, promote healing, and speed recovery after a brain trauma. Even if cannabinoids don’t fully control seizure activity, they are likely to prevent some of the damage from the seizures and to promote the healing process, often resulting in faster recovery times and less seizure clustering.

The cannabinoid tetrahydrocannabinol (THC) is a muscle relaxant. This is a great treatment for many patients who also have musculoskeletal complaints. Many of my pediatric patients also have other issues, especially in their digestive systems. Some cannabinoids have great therapeutic properties for digestion, stimulating appetite and decreasing abdominal pain. When used correctly, cannabinoids can also promote sleep, which is essential for children with seizures and their families.

How Do Cannabinoids Work?

We all have an endocannabinoid system, a physiologic system that’s present throughout all the tissues in our body, and is found abundantly in the brain. Its job is to promote balance and health at a cellular level. Your body is always making endocannabinoids—molecules that function in a similar way to the cannabinoids found in cannabis.

When you have an injury, especially a head injury or seizure, your cannabinoid system is activated to help reduce the damage and promote healing. Since the brain’s natural cannabinoids are produced to respond to seizures, it makes sense to target this system with plant cannabinoids to help reduce seizures even more. 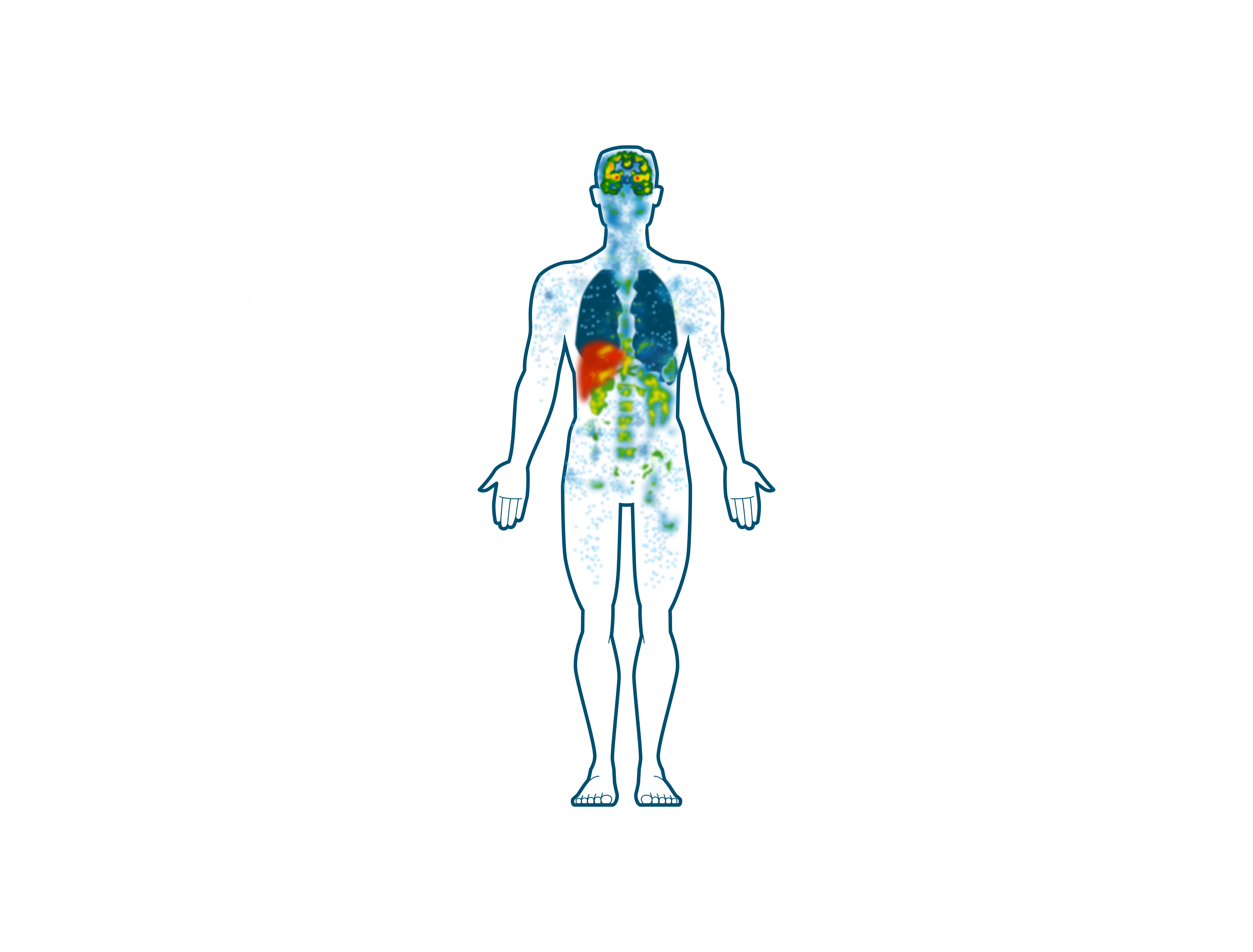 There are many different active compounds within the cannabis plant. I have experience successfully using THC, CBD, and THCA in patients with seizures. THC (tetrahydrocannabinol) is the most well-known cannabinoid. This cannabinoid can have an intoxicating or psychoactive effect in adults, but it can also be used therapeutically at low doses without causing impairment.

CBD (cannabidiol) also has anti-convulsive and neuroprotective properties, albeit via different physiologic mechanisms than THC. CBD does not produce impairment and is often well-tolerated, even at very high doses.

THCA (tetrahydrocannabinolic acid) is the raw, unheated state of THC. We don’t have a clear understanding of how THCA reduces seizures, but I’ve observed excellent results using THCA for treating seizures, often at incredibly low doses. There are also a number of other promising cannabinoids with anticonvulsive effects, and several are currently being explored in animal and human research.

Unlike most medications, these cannabinoids don’t have a single mechanism of action that allows them to reduce seizures. They’re actually doing many things and acting at several sites in the body all at once.

Many patients find that a combination of cannabinoids work better than isolated compounds. This synergy, or what’s described as the “entourage effect,” is a common feature of botanical medicines. Finding the optimal combination of cannabinoids and their dosages can be challenging and can take months of methodical trials, but for the numerous patients that don’t respond to or can’t tolerate conventional treatments, this process is well worth it.

By working with experienced clinicians, carefully documenting your child’s response, and maintaining the courage to pursue this alternative treatment, your chances of successfully reducing seizures with cannabis are excellent.

Content for this article is based on the Pediatric Seizures Video Guides at Healer.com, a medical cannabis patient education resource. Find the original video series and transcripts at healer.com/pediatric-seizures-video-guide.

1 Sulak, Dustin, Russell Saneto, and Bonni Goldstein. “The current status of artisanal cannabis for the treatment of epilepsy in the United States.” Epilepsy & Behavior 70 (2017): 328-333. 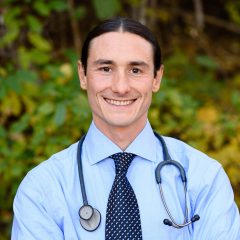