How to Beat a Cannabis Ban? Buy a Ghost Town 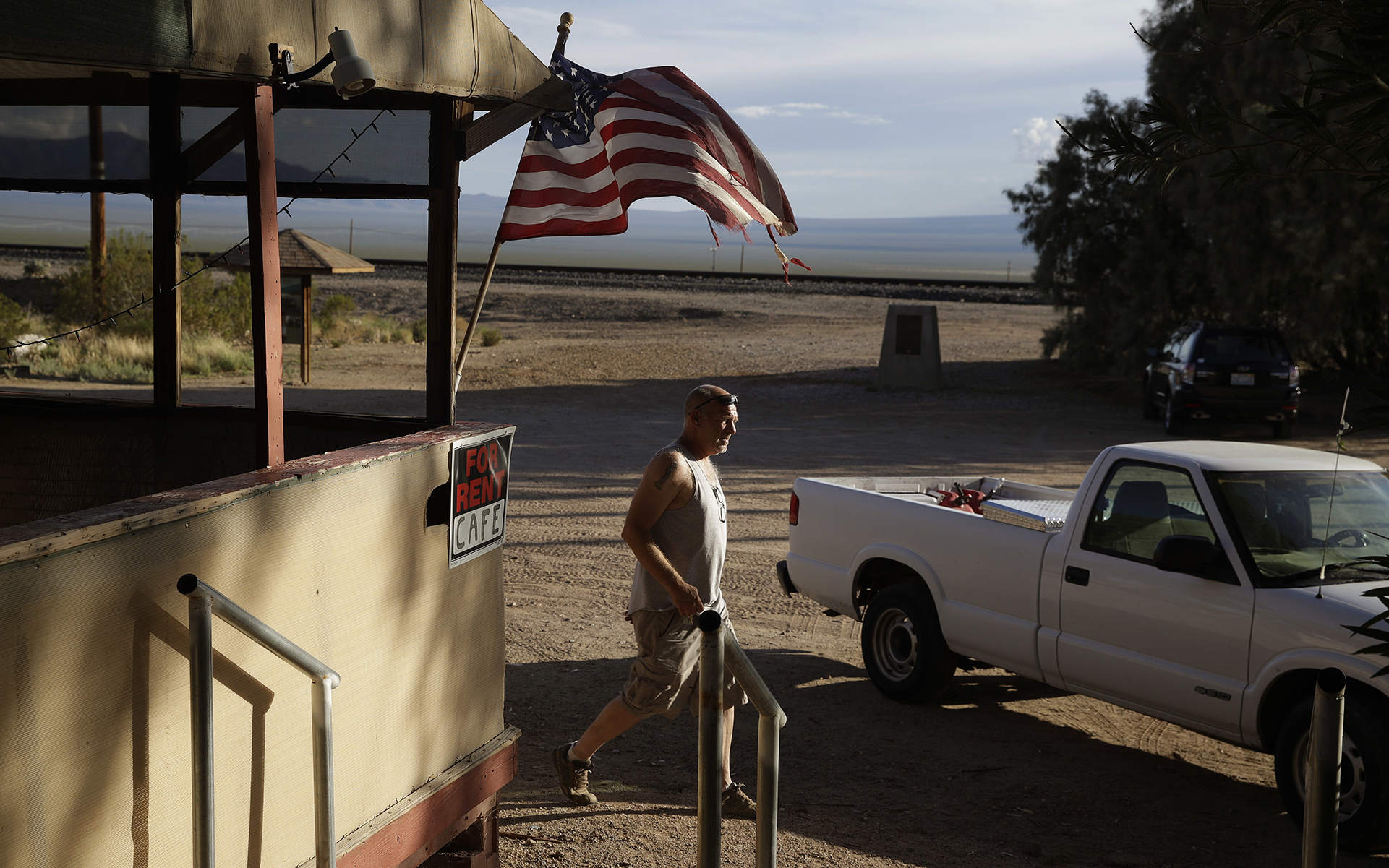 John Locher/AP
The Phoenix-based cannabis company American Green made a media splash last week by announcing it had purchased the ghost town of Nipton, CA, for $5 million. The company said it planned to turn the historic town into a major tourist attraction. The tourism angle captured the public’s attention, but within the cannabis industry the story was notable for another reason. By purchasing an entire 80-acre town, plus 40 acres nearby, American Green is bidding to create the first cannabis company town.

'The plan is to prove the concept here' in Nipton.
Stephen Shearin, General Manager, American Green

Company towns, in which one corporation employs most of the residents and owns nearly all the houses, stores, and amenities, were a vestige of early 20th century extraction industries. They’re mostly associated with logging and mining companies, although the most famous might be Hershey, PA, the town built by and for the chocolate maker. Very few company towns exist today.

If American Green can make it happen, the company town of Nipton could represent an end-around solution to a problem that bedevils the industry: municipal cannabis bans.

Will San Bernardino Allow It?

The project could very well take off—but it’s by no means certain. San Bernardino County, which encompasses Nipton, maintains one of the clearest and most strict cannabis bans in the state of California. 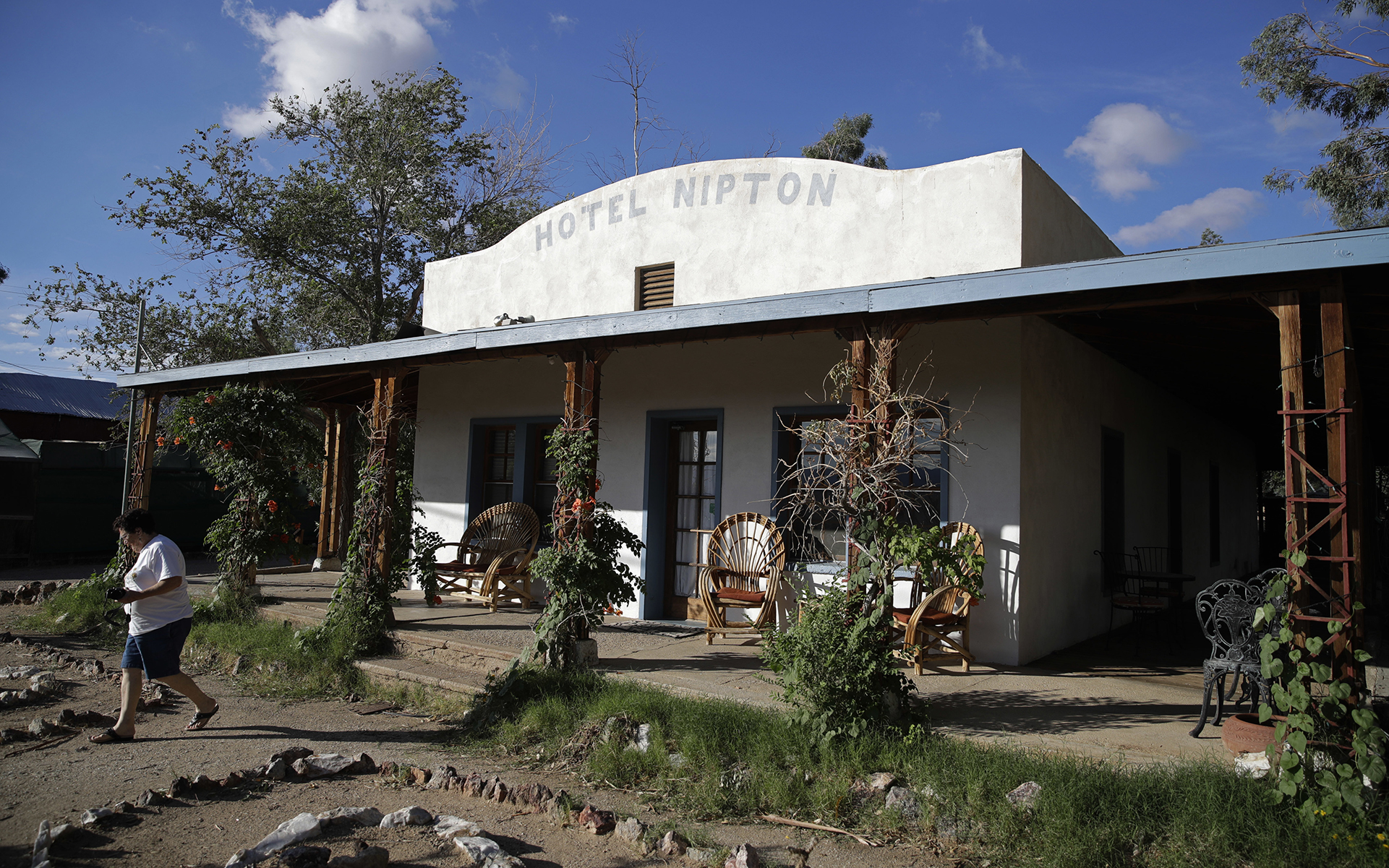 The purchase of Nipton sounds good on its face, but Nipton is an unincorporated town, which means residents and businesses must abide by the rules and regulations of San Bernardino County.

What American Green needs to do now is gain control of Nipton’s governance by incorporating the town, allowing American Green to set its cannabis policies.

It could work. But it’s a long process, and local voters, or San Bernardino County officials, would have to approve of the concept.

On the tourism angle, local experts and organizations were taking a wait-and-see approach. Contacted on Friday, officials with San Bernardino County’s Economic Development Agency, which oversees the county’s tourism marketing, said they have not had a chance to review the purchase of Nipton, and therefore declined to comment. Tourism executives with Visit California and the California Travel Association also declined to comment.

Been Town Shopping for a While

The purchase of Nipton culminates American Green’s years-long effort to locate and purchase its own town.

Nipton rose to the top of the company’s list. The old ghost town, located 10 miles off the main highway between Los Angeles and Las Vegas, is a 112-year-old former mining town of approximately 20 residents in unincorporated San Bernardino County, about 3 hours east of Los Angeles and 1 hour south Las Vegas, a mile and a half from the California-Nevada border.

Nipton has a rich history as a mining town and social hub in a sparsely populated region. Silent-era movie star Clara Bow owned a ranch nearby and stayed at local hotel.

The modern-day incarnation of Nipton was the unlikely dream of Gerald Freeman, a Malibu gold miner who bought the ghost town in 1984, intent on turning the tiny town into a community running on clean power entirely of its own making. A solar array left behind by a company that went bust continues to produce energy for the town’s needs and generates enough to sell back to the grid. Freeman died last year at age 84.

‘We Will Duplicate This’

American Green’s purchase includes a small adobe hotel built in 1910, two historic houses, a cafe, a schoolhouse, RV camping spaces, four rustic eco-lodges and 40 additional acres of land 3 miles from Nipton that the new owners plan to use for staging and storage during Nipton’s expansion and eventually for housing for 2,000 workers that Shearin said Nipton and its projects will employ when fully developed.

“Nipton wound up being the most favorable to execute on our goals,” Shearin said. “The plan is to prove the concept here, and as soon as we know we’ve done the right thing we will duplicate this over and over until it catches on nationwide.”

“The infrastructure is there. All we have to do is open the doors,” Shearin said. “We’re here to show that, properly regulated, you could have a city and a cannabis destination that’s a benefit to county, state and federal government.”

Shearin said American Green will invest about $2.5 million to develop Nipton to its full potential, which will include new and expanded lodging, edibles and infused products manufacturing facilities and a bottling plant that will monetize Nipton’s Pleistocene-era aquifer, infusing the pristine water with CBD, the therapeutic cannabinoid that soothes pain and anxiety without producing mind-altering highs.

“That’s a million-year-old aquifer and the water is very pure and drinkable,” said Tony Castrignan, a Las Vegas real estate broker who represented the seller.

“Its capabilities go beyond our wildest dreams of growth,” Shearin said.

Nipton already is a tourist destination, popular with naturalists, bikers and Europeans.

“People come from all over the world,” Castrignan said. “Nipton’s the gateway to the Mojave National Preserve. People stay here to explore the desert lifestyle.”

With plans to purchase a train that will run from Los Angeles to the railroad depot in Nipton that serviced gold miners and cattle ranchers a century ago, Shearin said American Green can ship Nipton’s edibles and bottled water and broaden Nipton’s appeal to international tourists seeking authentic American experiences.

“Let’s say you flew from Germany to see the Old West,” Shearin said. “What would you do? Drive around hoping or jump on the Nipton Express?”

The region has attracted other solar companies, including Ivanpah Solar Electric Generating System, which operates on 3,500 acres of Bureau of Land Management land not far from Nipton.

“Our interest is in forwarding Gerald Freeman’s vision and being able to sell power back to the state of California and being a glowing representative of a town’s that’s energy independent,” Shearin said.

Shearin said American Green intends to expand the existing solar farm and make Nipton a model for the cannabis industry’s role in stimulating and accelerating the rebuilding of struggling economies in small towns throughout the United States where cannabis has been legalized.

“Infrastructure. That’s the deity of commerce,” Shearin said. “That’s what American Green wants to set as the goal for other parts of America, whether it’s cannabis or something else: Utilize your area, respect the inhabitants and grow with the surroundings with regulations and proper administration. We want to be a shining example of people saying, ‘We should do that here.'”

Shearin said American Green is negotiating with edibles and infused products manufacturers about setting up shop in Nipton.

Bloomberg reported that shares in American Green, which was founded in 1998 and has traded over the counter as a penny stock under the name ERBB, jumped in value by more than 40 percent after the sale was reported Thursday but its shares are still worth well below 1 cent. Following a rally in 2016 spurred by more states legalizing cannabis, American Green had lost about half its value this year through Wednesday, Bloomberg reported.