CBD in the Spotlight at SXSW, Despite Legal Gray Area

“When I learned about CBD, I thought I stumbled upon some hidden knowledge.”
Jeff Chen, founder, UCLA Cannabis Research Initiative

Technically speaking, CBD is still prohibited in Texas for anyone but registered medical cannabis patients with intractable epilepsy, punishable in the state by heavy fines and jail time. But following Congress’s recent passage of a farm bill that legalizes the production and sale of industrial hemp, the popular craze around the non-intoxicating cannabinoid has exploded.

Experts who spoke on SXSW’s cannabusiness panel acknowledged that the market is poised for rapid expansion as CBD goes mainstream. But with that opportunity, they said, comes responsibility for sorting out regulation and hammering out best practices for consumer education. Federal agencies still disagree on the legality of hemp-derived CBD extracts, and producers regularly market CBD products as beneficial for all sorts of ailments—whether or not there’s scientific evidence to support those claims.

Beyond Indica & Sativa: The Future of Cannabis Strains Waits for You at SXSW

“There is an influx of products every single day entering the market and a lack of consumer understanding around safety and dosing,” said Jessica Assaf, co-founder of Prima, a California-based company that produces hemp-derived CBD. Both consumers and health professionals, she said, need further research to be done on complex issues like third-party lab testing and bioavailability.

Jeff Chen, founder of the UCLA Cannabis Research Initiative, one of the first academic programs in the world dedicated to the study of cannabis, said he never learned about CBD in medical school and until recently rarely heard doctors talk about it. Part of the challenge is that cannabis research has been purposefully made very difficult for the last half-century.

“When I learned about CBD,” Chen recalled, “I thought I stumbled upon some hidden knowledge.”

One area where further research is needed around CBD is delivery method, Chen said, noting that CBD efficacy varies greatly depending on how people consume it.

At “CBD: The Cannabis Trailblazer,” Geoffrey Whaling, co-founder and president of Ontario-based Canopy Growth, said he constantly encounters problems stemming from confusion over whether CBD is legal.

“How do we weave through this process where the farm bill has declared hemp to be a commodity crop? It is going to require the federal government to weigh in. Farm bill language requires for the USDA to work with agencies to develop regulations so we can start to see hemp being grown as you see corn or soybeans grown,” he said.

“This crop has been absent from our farms for 85 years,” Whaling added. “We have absolutely no commercial sale processes to bring it back to be a commodity crop, while at the same time we have to regulate how this crop is going to be sold into the marketplace.” 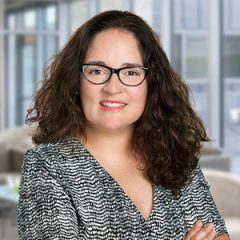 Tonyia Cone has been an Austin-based freelance writer since 2005. She holds a master's degree in journalism from the University of Texas at Austin, loves asking questions and sharing people's stories, and cares deeply about creating a more just world and ending cannabis prohibition. Follow her journalistic adventures at tonyiacone.com/whats-new.