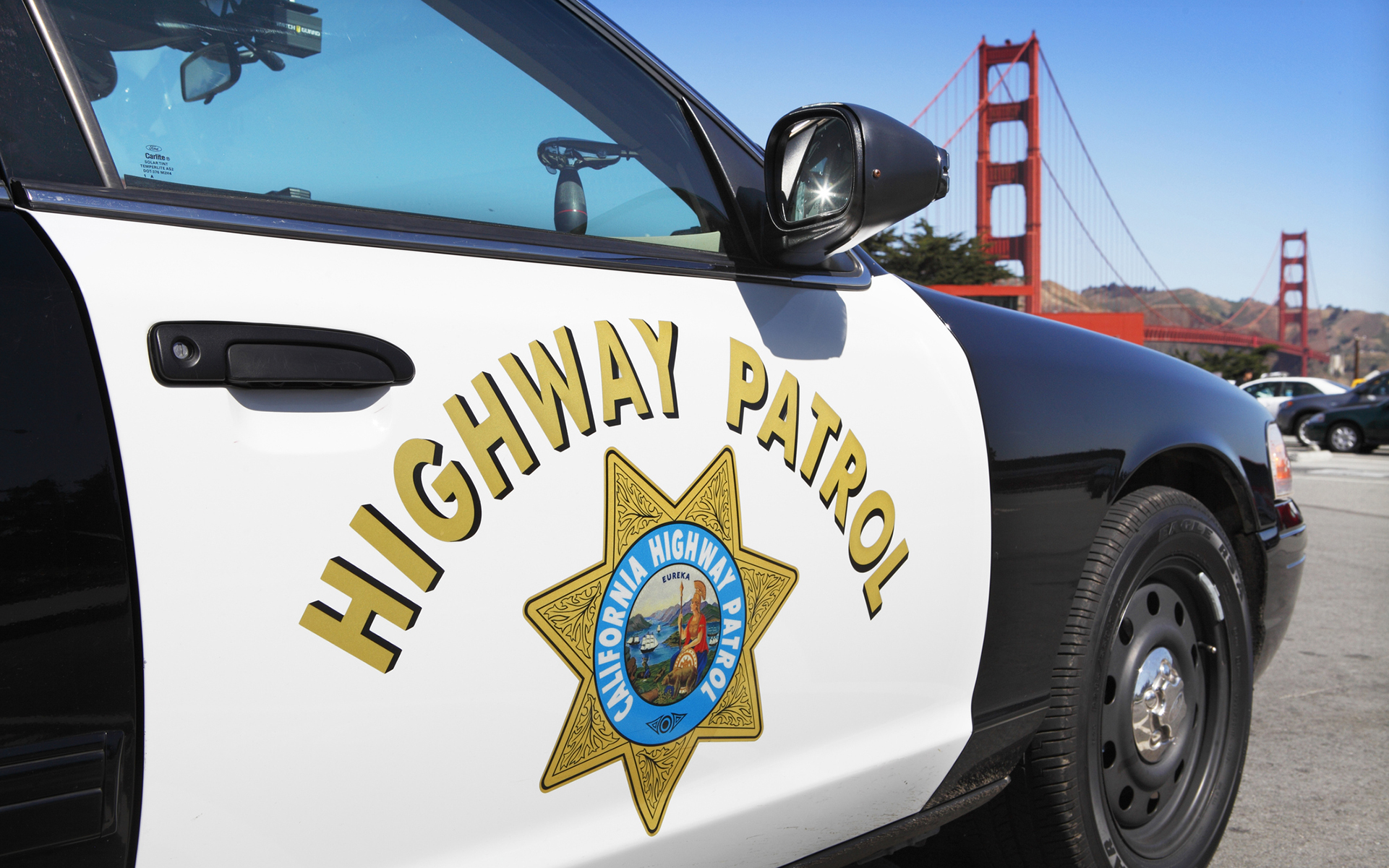 San Francisco, USA - May 22, 2013: Highway patrol vehicle parking at the Golden Gate Bridge
California residents voted overwhelmingly to legalize cannabis for all adults last November. Yet law enforcement’s approach towards the drug has yet to fully evolve along with public attitudes. That’s according to crime statistics from 2016 released by the California Department of Justice last week.

Marijuana felony arrests fell by nearly half from 2011 to 2016. But racial disparities remain.

That crime data confirms a disturbing trend seen in other cities and states: While arrests for cannabis are on the decline, the disparity between arrest rates for white people and people of color still persists. Non-white people are much more likely to be arrested for marijuana in California, despite having the same rate of consumption. 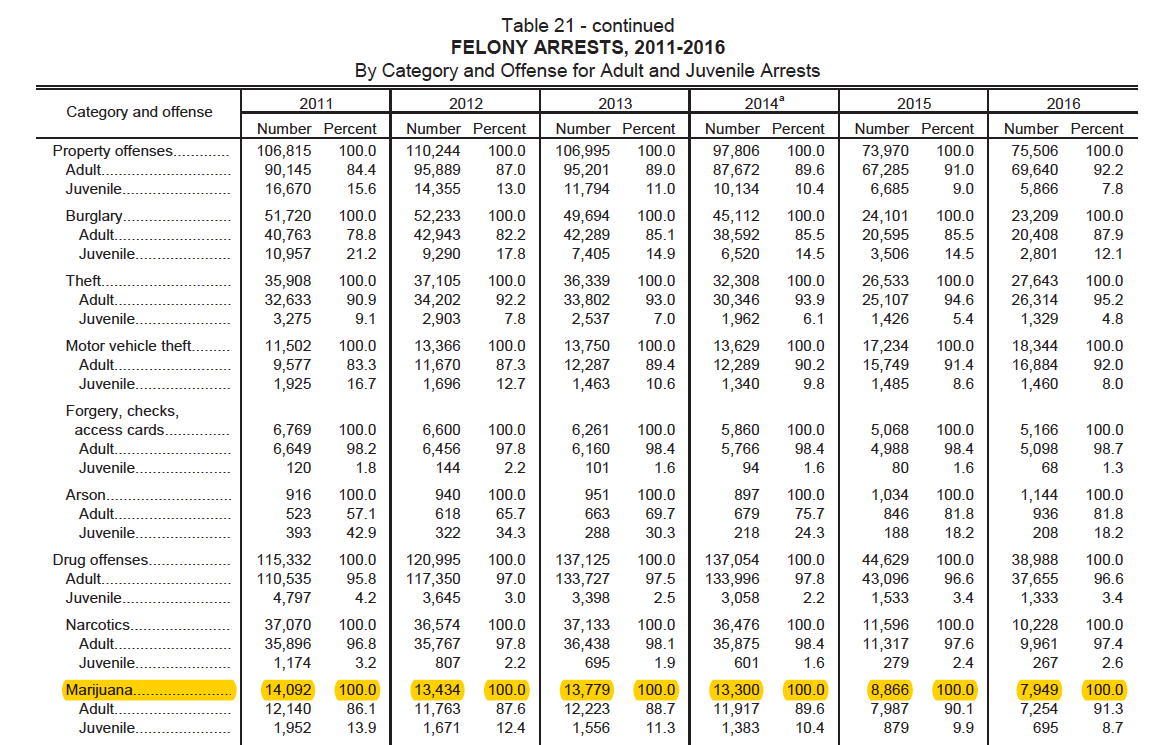 But those drops did not happen because of legalization—at least not directly.

In 2010, with a marijuana legalization measure on the ballot, Gov. Arnold Schwarzenegger signed into law a bill that made possession of an ounce or less of cannabis a civil infraction, punishable only by a fine.

In 2014, following a voter-approved ballot proposition, most drug-related felonies became misdemeanors. Felony marijuana arrests promptly dropped by a third, as many of those offenses moved into the misdemeanor category. As cannabis arrests fell, overall misdemeanor drug offenses (including but not limited to marijuana) shot up from 92,469 in 2014 to 163,073 in 2015.

Possession of an ounce or less of cannabis became legal for adults 21 and over in California on Nov. 8, 2016, the day more than 57 percent of voters approved Proposition 64. Sale of marijuana remains illegal (except for medical sales) until the state opens up its regulated system in 2018.

In California, retail sales of recreational marijuana won’t begin until sometime after Jan. 1, 2018, by which time the state is supposed to issue business licenses to cultivate, transport, and sell the plant. Until then, the only legal method to purchase cannabis in California is with a medical marijuana recommendation.

But even as legalization loomed large in the state last year, marijuana still represented a significant portion of court caseloads in California.

Overall, drug arrests have increased significantly since 2011, although a larger percentage of those arrests are misdemeanors, not felonies. More than 220,000 people were arrested for drug crimes in California in 2016. Of those, 182,002 arrests were misdemeanors. In 2011, there were 192,248 drug arrests all told, with 76,916 misdemeanor arrests.

While possession of an ounce or less of cannabis is now legal in California, it’s still illegal to cultivate the drug for sale or sell it without a permit, as multiple large law enforcement raids this summer of what police say are illegal grows have demonstrated.

And legalization’s seeming inevitability has yet to solve the drug war’s glaring racial bias.

Before and after legalization, nonwhite people were still arrested for marijuana-related crime at a rate greater than that for whites despite similar rates of use, with the disproportionate policing falling most heavily on black people.

More than 70 percent of people arrested for marijuana in 2016 were nonwhite, according to the California DOJ’s annual Crime in California report.

2016 felonies: Black people make up 6.5% of California’s population, but 20% of felony marijuana arrests.