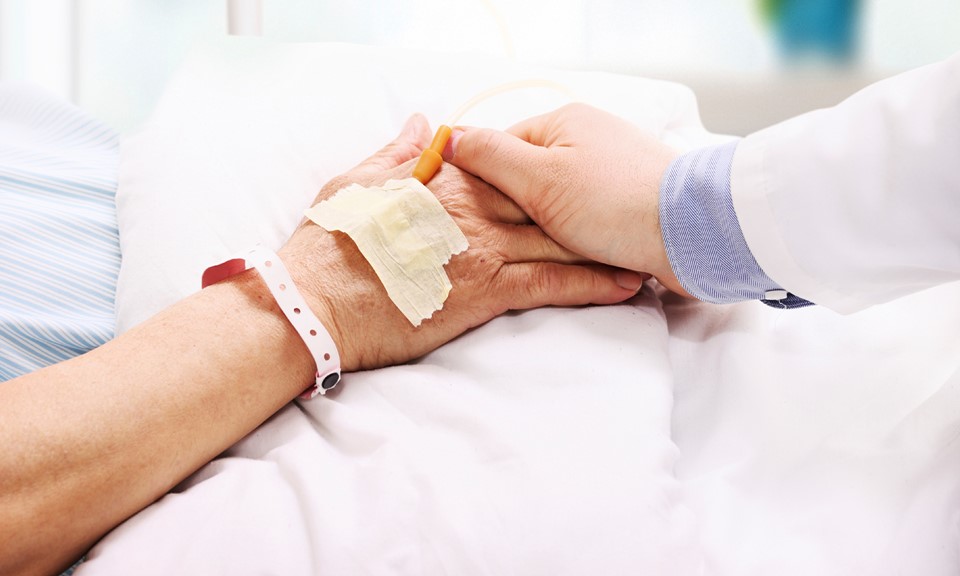 The past few weeks have been rough in the fight against cancer. 2015 ended with Motörhead founder Lemmy (né Ian Fraser Kilmister) passing away from cancer at the age of 70. The new year fared no better, with 69-year old music icon David Bowie succumbing to cancer on January 10th. Four days later English actor and director Alan Rickman, known for his iconic performances in Die Hard and the Harry Potter film series, died of pancreatic cancer. He too was 69.

On January 12th, President Obama gave his final State of the Union address to a joint session of Congress, where he assigned Vice President Joe Biden the Herculean task of leading the charge to cure cancer. Said Obama:

"For the loved ones we've all lost, for the family we can still save, let's make America the country that cures cancer once and for all."

It's difficult to find someone whose life hasn't been touched by cancer. The American Cancer Society estimates that this year there will be nearly 1.7 million new cancer cases diagnosed and close to 600,000 deaths. President Obama's words resonated with everyone who knows how devastating a disease cancer is, especially Biden, whose son Beau died seven months ago from a stroke caused by brain cancer.

Biden's actions following the State of the Union address have been swift. Even prior to Obama's speech, Biden met with scientists at Penn Medicine's Abramson Cancer Center in Philadelphia to learn about the "phenomenal breakthroughs" being made there. He cited "cancer politics" as a huge impediment to eradicating the disease, criticizing a medical community that's done a poor job of sharing information among researchers. And just this morning, Biden revealed that he recently hosted a summit–at his own house–between officials with three major drug companies and the head of the FDA to discuss fast-tracking the approval of drug combination therapy.

The vice president's dedication is admirable. He's right that politics are a large reason why cancer treatment isn't progressing as quickly as it otherwise might. But it's not just "cancer politics," it's also "cannabis politics."

The United States government continues to believe cannabis has no accepted medical use, despite the fact that 39 out of 50 states in our union have some form of legal medical cannabis. Cancer is considered a qualifying condition in nearly every legal state. Even the National Cancer Institute, an organization mandated by U.S. law to educate Americans about cancer, has admitted that cannabis has killed cancer cells in a laboratory setting.

It's frustrating to hear of millions of patients turning to cannabis to help ease their symptoms and to read about studies that show remarkable progress in cannabis' ability to impact tumor size, all while the U.S. government refuses to entertain the idea of rescheduling cannabis. The CARERS Act was a historic bill that would have rescheduled cannabis to allow government funding to be spent on research, but it's essentially dead in the water. Democratic presidential candidate Bernie Sanders introduced a bill in 2015 that would remove any mention of "cannabis" or "marijuana" from the Schedule I of the Controlled Substances Act. Instead of moving on any of these potential breakthroughs, we're expected to praise drug companies and the FDA for fast-tracking cancer drug cocktails.

We're living through a renaissance period in cannabis reform, but change can't come soon enough for the millions of people suffering from cancer. If the Obama administration truly wants to lead the charge in the war against cancer, it should set its sights on cannabis and acknowledge the plant's potential to make a lasting positive impact in both the alleviation of suffering and possibly even the eradication of certain types of cancer.

If we can find a cure or treatment that can truly make a difference, we can save the next Lemmy or David Bowie or Alan Rickman. Or we might save your neighbor, your friend, your aunt, your parents, your children. Cancer doesn't discriminate. It affects rich and poor, the famous and obscure, young and old. Why then is our government so obstinately selective about which treatment options and avenues of research it approves? Cannabis might make a huge splash or perhaps it only causes a moderate ripple. But we can't know until we research it, and can't really study cannabis until it's rescheduled. That's a bold step Biden's boss could take today — and it's an action that would truly be worth our praise.