Sometimes, psychological research acts as an enlightening agent, delving into the depths of the mind and illuminating obscure elements of our unconscious. Other times… well, its discoveries reveal information we already knew – like the fact that cannabis consumers, in some ways, are just different from other people.

As it turns out, the average cannabis user is significantly higher in the trait of “Openness to Experience” than their cannabis-free counterparts. Openness is a trait in the Big Five personality test found to have an enormous association with many facets of life, from IQ to political preference.

Make sure to check out the quiz below to find out how open you are!

Quiz: Which Strain Type Are You, Indica, Sativa, or Hybrid?

The Big Five and Openness

Each trait is independently measured and represents a different aspect of the personality. This means that people don’t just fall into one of five “types” – instead, we look at every trait individually to get a broad overview of the person’s temperament.

Openness is a reflection of a person’s curiosity, ability to learn, and artistic interest. People high in Openness tend to be more engaged with the world around them, more appreciative of natural and artistic beauty, and more prone to imagination and fantasy.

Knowing what we know about the trait, it doesn’t come as a surprise that cannabis consumers tend to score significantly higher in “Openness” than the general population. This finding isn’t just derived from a single study either – it’s a well-documented correlation dating back to the 70’s. In fact, the original description of “Openness to Experience” was created to describe the personality of cannabis consumers.

Open people tend to be more creative, experience more career success in both the arts and sciences, and have higher IQs compared to those with lower levels of Openness. There is also a well-established link between Openness and political progressivism.

Being open has its downsides, too. People high in this trait should be careful not to let curiosity run their lives. If they also happen to be low in Conscientiousness (characterized by hard work and organization), they can often find themselves too interested in the world around them to be able to focus on a specific task for a long period of time.

Cannabis isn’t making you lazy, your bad habits are

Countless creatives and intellectuals use cannabis – in fact, we know that some of the greatest thinkers ever to have lived were avid partakers in the plant: The Beatles, Carl Sagan, and Hunter S. Thompson, just to name a few. So what exactly is it about cannabis that attracts more of this specific personality type?

One explanation lies in the hypothesis that Openness (along with Extraversion) is an exploratory mechanism. Open people are naturally curious, so they probably have a heightened incentive to try new things.

We’re still unsure whether cannabis has an effect on Openness after being consumed. Famed scientist Carl Sagan even once stated that “The cannabis experience has greatly improved my appreciation for art, a subject which I had never much appreciated before.” This could be an indication that using the plant helped to increase his level of Openness.

Sagan’s claim still needs to be taken with a grain of salt – as far as we know, there has been no scientific study designed to measure levels of Openness before and after cannabis use. If cannabis does have an impact on Openness though, it wouldn’t be the first substance found to have this effect. An experiment at Johns Hopkins University found that people who took psilocybin had significantly higher levels of Openness more than a year later. This was quite an impressive phenomenon, considering the fact that personality traits tend to remain fairly constant throughout life.

Though a lot of research still needs to be done to better understand the correlation between cannabis use and Openness, it’s clear that this information carries with it some pretty important implications.

Curious about your level of Openness? Take the test below and post your results in the comments! 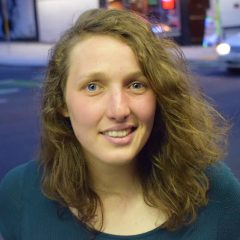