Aimee O'DriscollJanuary 29, 2020
Share
Share on Twitter   Share on Facebook
Print
(HubbardSteve/AdobeStock)
Many cannabis producers have moved beyond using solvent extractions to isolate cannabinoids and other desirable compounds from cannabis plants. However, there are still plenty of concentrate products available that involve the use of hydrocarbons—such as butane and propane—ethanol, or carbon dioxide to pull THC, CBD, terpenes, and more from raw cannabis plants.

While efforts are made to remove these solvents, it’s likely that some amount will end up in the final product. In regulated markets, there are specified levels of solvents that are allowed in products sold or prescribed to consumers.

But when it comes to products that are not regulated, such as those sold illicitly, it can be difficult to know how much of a solvent remains. That’s why it’s always important to get your cannabis products from a legal, licensed store.

When consumed at high levels, these solvents could pose health risks, some of which aren’t entirely established. In this article we’ll look at the regulations surrounding residual solvents and the risks these substances might pose to human health as a result of overconsumption.

Knowing that the presence of some residual solvents in cannabis products is inevitable, relevant authorities impose limits on the levels allowed for each type of solvent.

Solvents are classified in three divisions: Class 1, 2, and 3. Class 3 solvents have low toxic potential and are the only ones recommended for use in the production of cannabis extracts. However, it’s possible that some Class 1 and 2 solvents can end up in final products, often as contaminants of Class 3 solvents. For example, benzene, toluene, and xylenes (known collectively as BTX) are found in natural gas, from which butane is sourced.

This explains why you’ll find some pretty harmful substances on residual solvent lists. For example, in Colorado, benzene, a Class 1 solvent, is allowed at a level of up to two parts per million (ppm).

We discuss state-by-state regulations for residual solvents in a separate article, but as an example, here are acceptable levels for Colorado:

Canada, where cannabis products were legalized across the country in 2018, has its own set of regulations.

The main solvents used in cannabis extraction are carbon dioxide, butane, and ethanol. When it comes to consumption, extracts are most often vaporized, via a vape pen or dabbing, but they can also be incorporated into edibles. Less commonly, extracts are smoked, for example, by topping a bowl with wax or dipping a joint in concentrate.

While residual carbon dioxide is not a concern, excess butane or ethanol could pose health risks, depending on levels and method of consumption.

Butane offers a relatively simple and inexpensive method to extract a large percentage of THC and other desirable compounds from cannabis plants. But it has been the subject of much controversy when it comes to what is considered a safe amount. Some naysayers argue that long-term consumption of butane by ingestion or vaporization has not been studied widely enough to confidently say it’s safe at any level.

Regulators appear to disagree and in many regions, butane is allowed at the seemingly high level of 5,000 ppm. However, illegal products could contain much higher levels.

So what harm can it do? According to studies, at high enough levels, butane inhalation can cause cardiac damage and organ failure, among other serious negative effects. While these risks are associated with direct inhalation of the solvent rather than practices such as dabbing, the latter may be harmful to health.

A 2019 study investigating an 18-year-old’s lung injury that resulted from frequent and prolonged inhalation of butane hash oil found: “There is a likely probability that a high level of inhaled butane also contributed to her symptoms.”

It should be noted that in this case, the patient confirmed that the butane hash oil was purchased illegally. This indicates that the product contained an unknown level of butane which could have been well above what should be allowed in a regulated product.

However, according to this 2018 report (involving multiple studies conducted on animal or human subjects), ethanol inhalation could be more risky, potentially causing cravings, tolerance, and dependence. That said, studies tend to examine levels of ethanol exposure far higher than you would ever find in vape oil.

Some other potentially harmful solvents end up in cannabis products because they are contaminants of the main Class 3 solvents used in extraction or because they are used to clean equipment used in the production process.

Here are a few that may find their way into a final product:

How to decide if a cannabis product is safe

To avoid risks associated with solvents, one option is to stick with solventless extracts such as rosin and bubble hash. But if you do go with a solvent-extracted product, the only real way to tell if it’s safe to consume is to purchase a legal, licensed, regulated product.

Regulated producers use high-quality solvents that minimize the risk of contaminants like benzene and xylenes ending up in your product. Plus, they use proper equipment to remove solvents post-processing. Finally, products are tested using rigorous methods such as headspace analysis and meet standards set by state regulators. 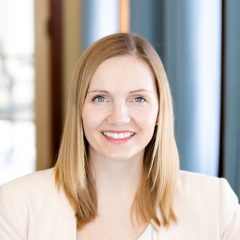 Aimee is a freelance writer and editor based outside Toronto. She holds a degree in Medicinal Chemistry and was a chemist for a multinational cosmetics company for almost ten years. Aimee has a passion for educating readers by breaking down complex science and technology topics.