The Business of Growth: Organigram Prepares for Canada’s Next Steps 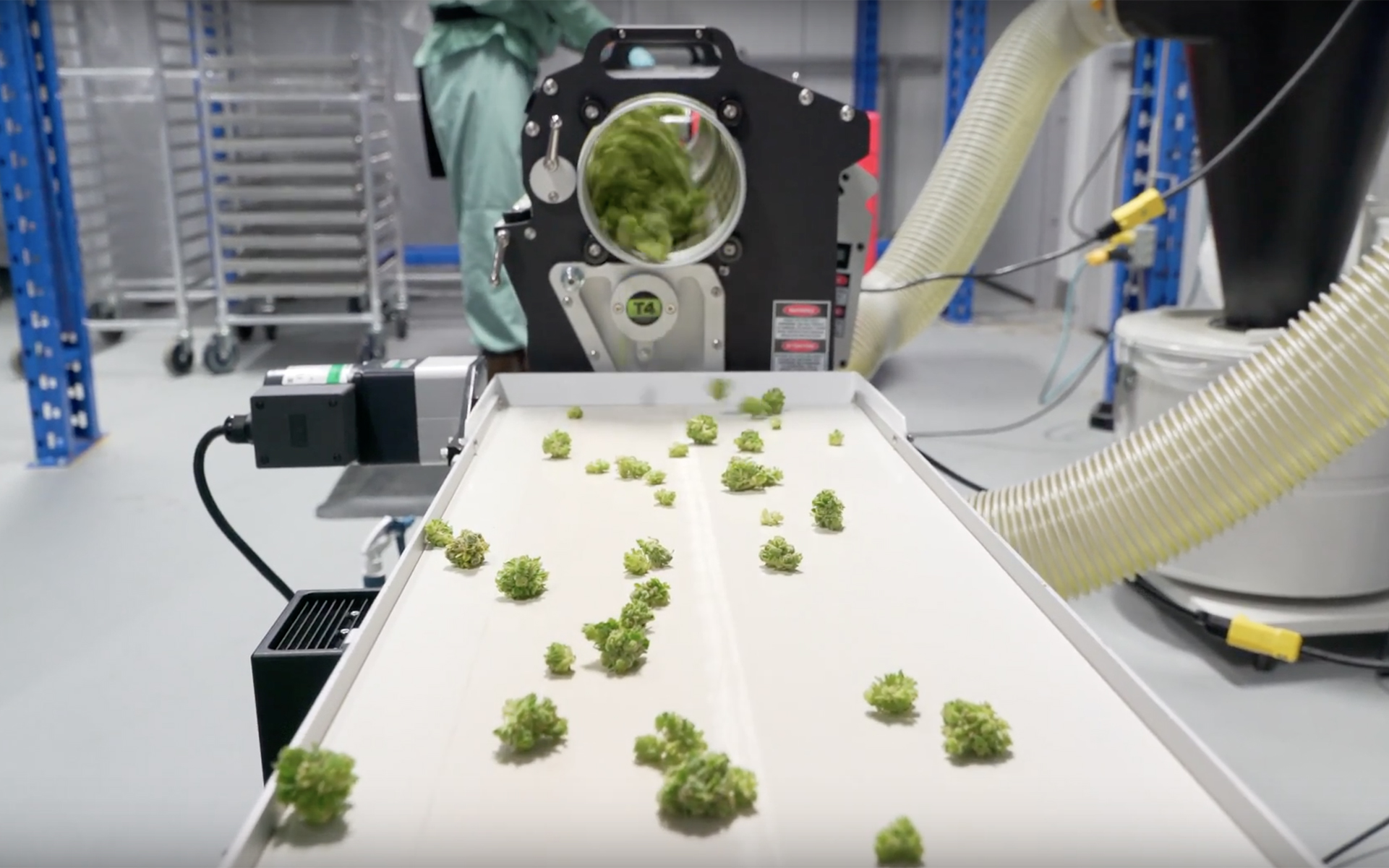 As adult recreational legalization comes closer to reality, Canada’s young cannabis markets are in a time of unprecedented flux. Producers who have made their names and reputations in an industry catering to medical patients are getting ready to enter a recreational market whose rules and regulations are still developing.

While this evolution poses a challenge for Canada’s licensed cannabis producers (LPs), it’s also a huge opportunity. With the game about to change, companies that are ready to grow and serve new consumers will help to shape this massive new market.

Organigram is one of the established LPs making a strong push in this developing ecosystem. The company has served patients throughout Canada as a medical cannabis provider since 2014, when it became just the thirteenth company of its kind licensed in Canada. While dozens of LPs are now providing medical cannabis to Canadian patients, Organigram’s early entry and experience make it a veteran in the space, and one well-placed to thrive as markets evolve. 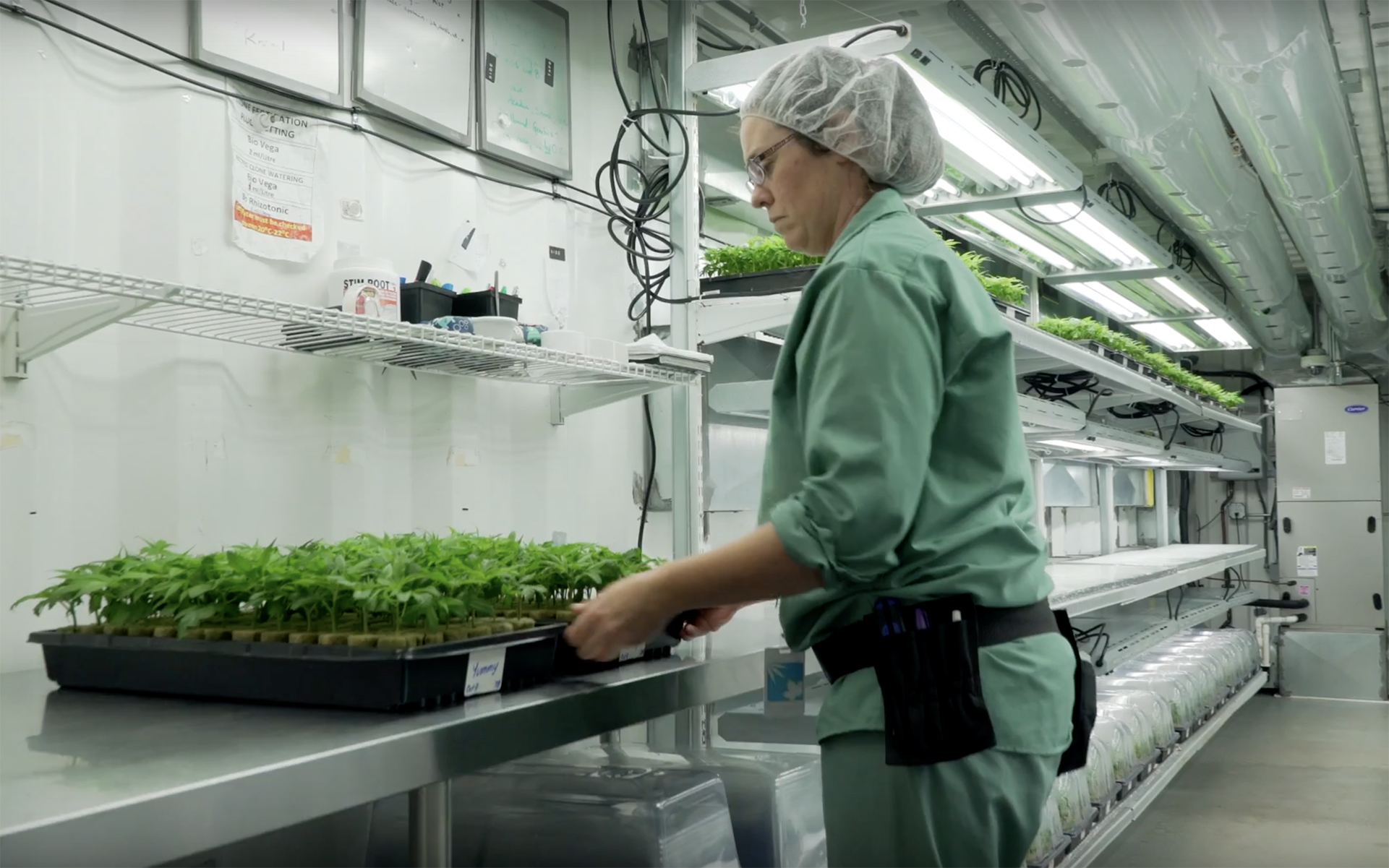 Now, Organigram is working to maintain its first mover advantage with a day-one entry to the adult recreational ecosystem taking shape in Canada. And to make the most of its big entrance, the company is growing like never before.

The company’s hard-won expertise has made it a natural partner in the emerging recreational market. This summer, Organigram will be one of the first three LPs to market in New Brunswick and Prince Edward Island; they’ve been successful in securing agreements with the only two Canadian provinces to move forward with formal agreements with LPs, so far. To satisfy an already growing demand that’s poised to skyrocket, the company is doing big things.

Their headquarters in Moncton, New Brunswick, is growing the space it has devoted to… well, growing. The new footprint of Organigram’s cultivation facilities will add more than 300,000 square feet of indoor, three-tiered growing space to the existing facility—and that’s just the start. Future expansion plans will see the facility grow in size again to nearly 500,000 square feet.

This growth is powered by a recent stock offering that brought in over $50 million for the company. In January, the company announced a debt convertible securities agreement that, if finalized, may result in up to additional funding over $110 million. Over the next 18 months Organigram intends to grow its Moncton campus to one largest indoor cannabis growing operations in Canada. Production is expected to jump to 65,000 kilograms of flower per year, a more than ten-fold increase over previous annual production rates. 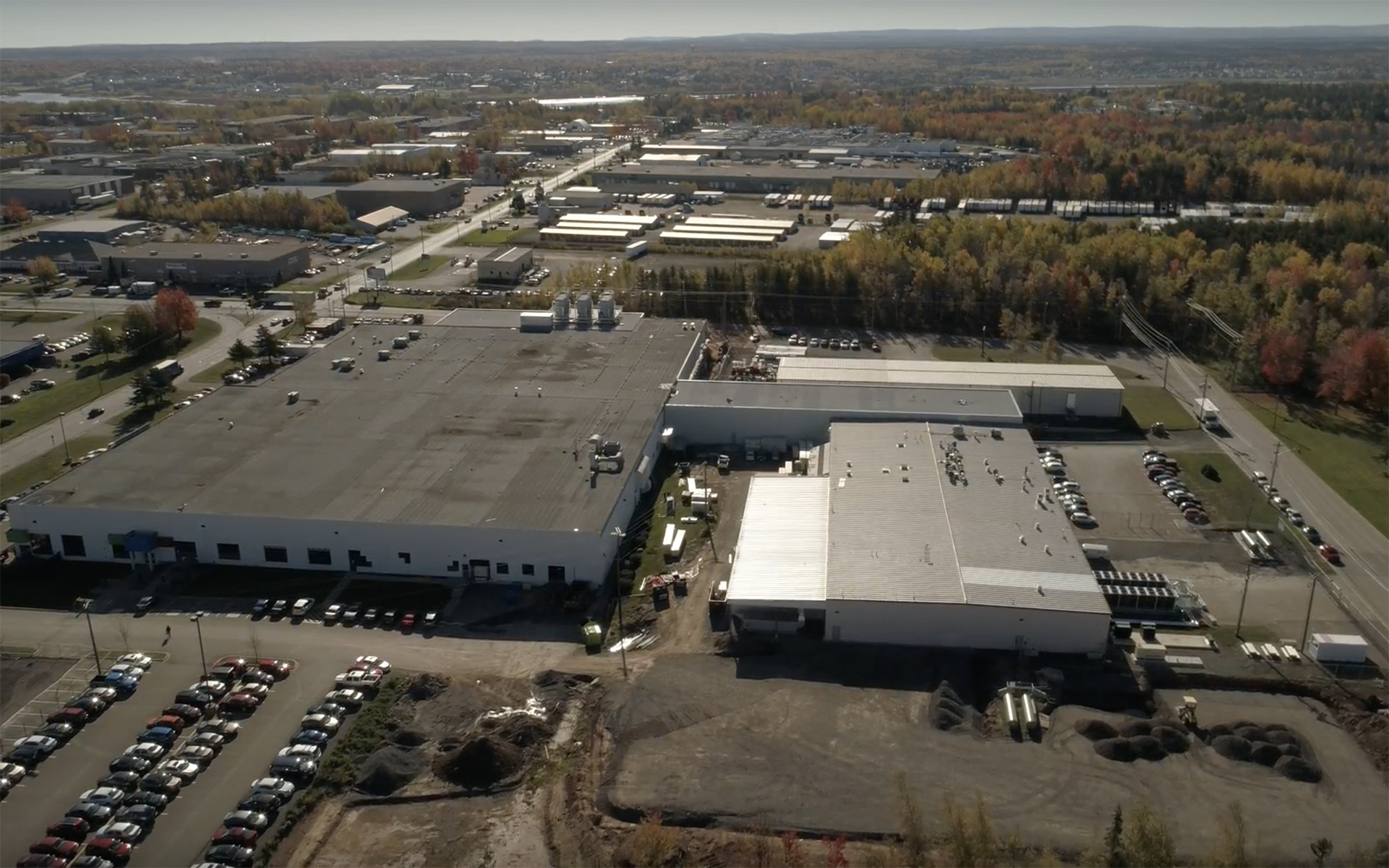 In the brave new world of Canadian cannabis, though, more product won’t mean success on its own. Organigram is working to balance this new growth with continuing quality control, ensuring that those thousands of extra kilograms of flower meet the same quality standards that Organigram’s current patients have come to expect. To maintain that standard, the company is growing its staff in both numbers and skill.

“We’re putting a team together whose background in production and manufacturing environments will help us scale appropriately without ever sacrificing quality,” says Ray Gracewood, chief commercial officer for Organigram. 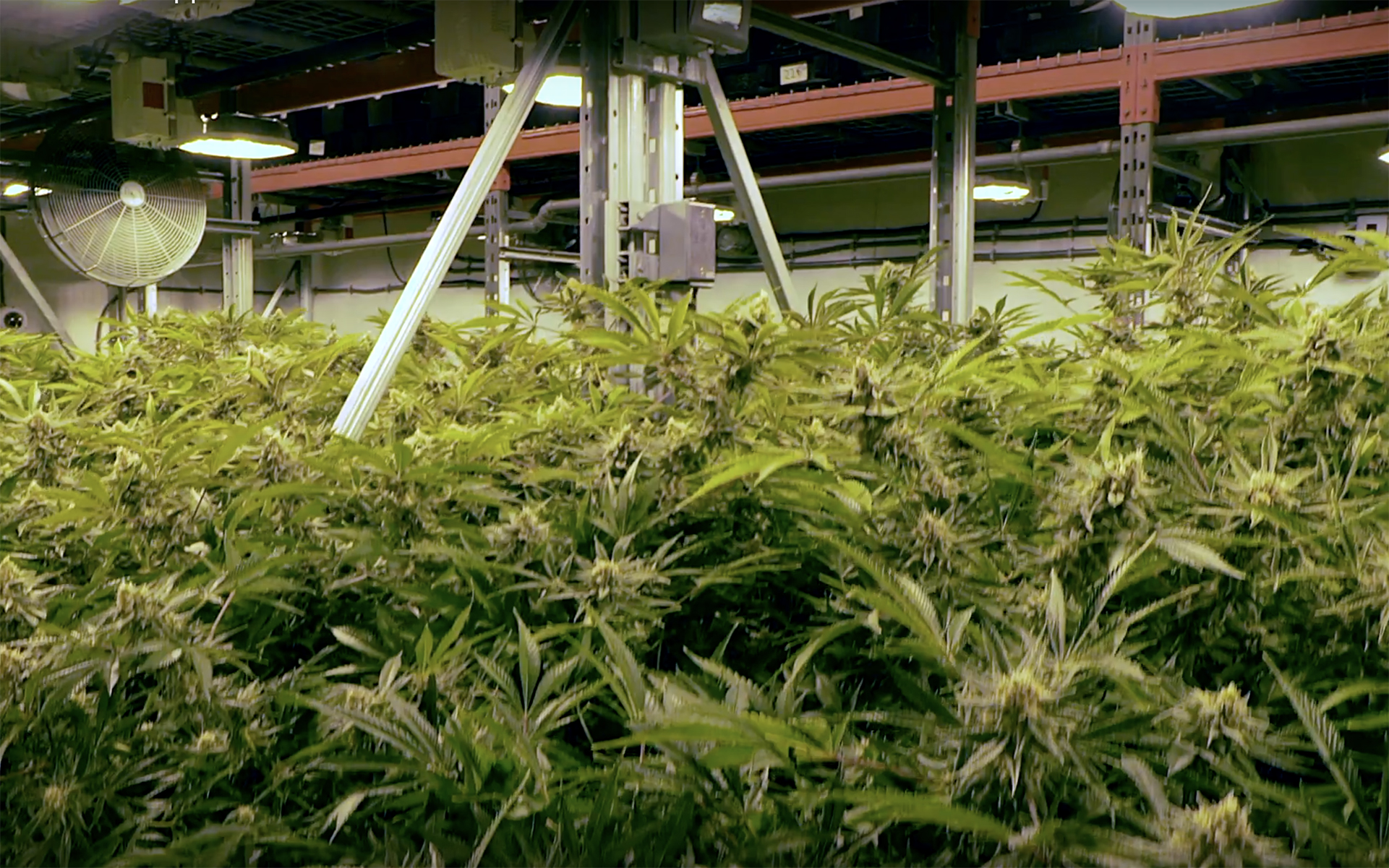 As the company enters the more diverse adult recreational market, an expanding, state-of-the-art indoor production facility will ensure it has plenty of plant material to experiment with. That’s an important element for the team, as they work to create new, innovative products that will appeal to many different consumers.

“We’re looking to create a house of brands and product types that satisfy needs and solve problems for consumers all across the spectrum,” says Gracewood. “It’s something we’re currently working on in the medical space—better identifying what our patients need and how we can tailor our product portfolio to accommodate them.”

Indeed, new products for patients are already available, including the hand-trimmed and craft-cured Edison line, which appeals to consumers looking for a top-shelf, premium experience. Meanwhile, the recently introduced Minis line provides patients with potent-but-petite buds at a value-conscious price point. 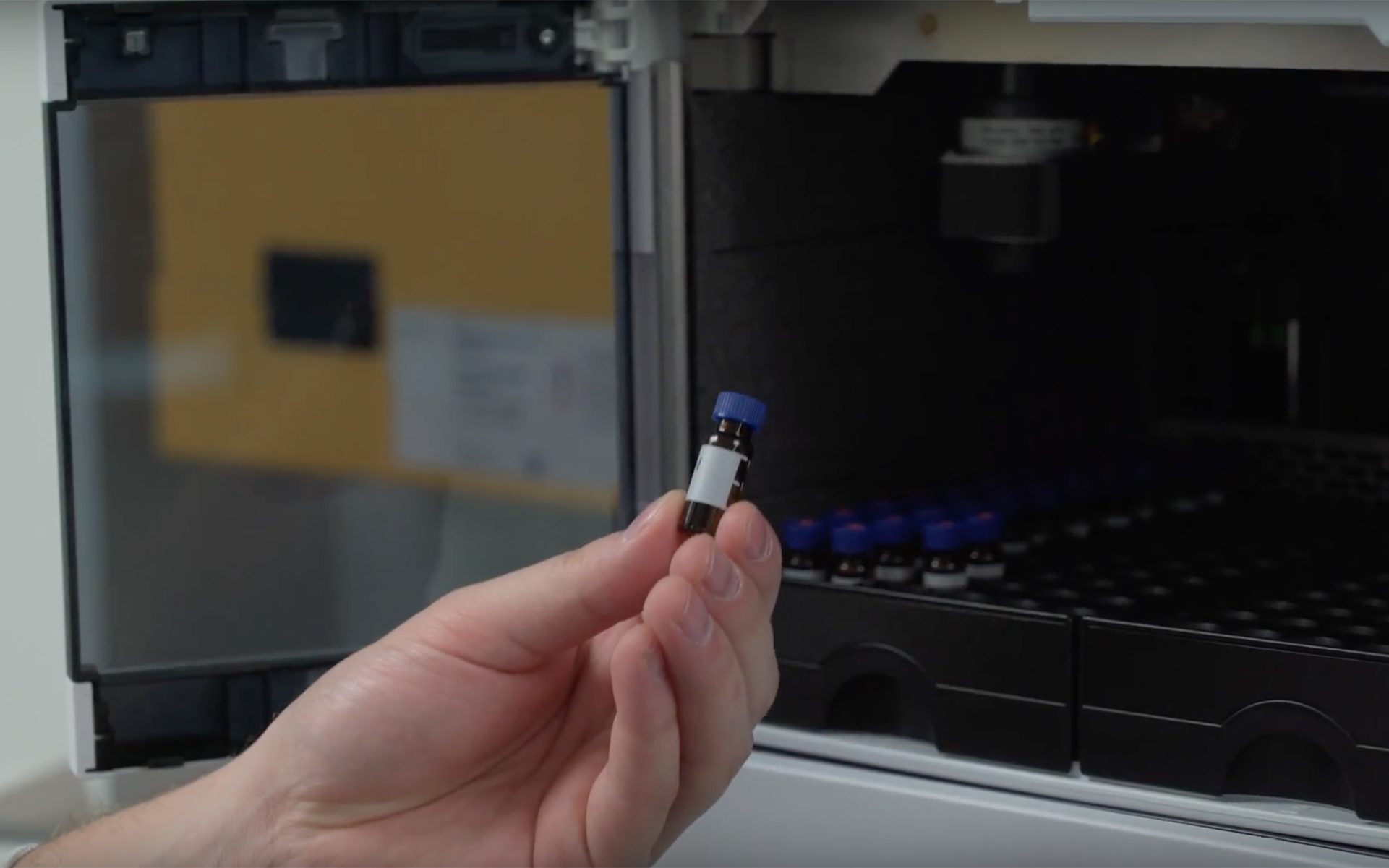 Organigram’s growers are also constantly at work on new strains to better meet the needs of current patients. One new entry to their stable is Wabanaki, which took home the title of Top Sativa at the 2017 Canadian Cannabis Awards. And as regulations evolve to allow consumers to try offerings like extracts and edibles, Organigram will be right there with new products at the ready.

As Organigram ramps up for the future, the company is working to ensure its growth benefits the community around them as well. The government of New Brunswick has identified the cannabis industry as one that will drive economic growth in the coming years—an understanding that has shaped its positive relationship with Organigram.

“New Brunswick is our home, and it’s one of the most progressive and bullish provinces when it comes to the Canadian cannabis industry,” says Gracewood. “We’re proud of the role we’ve played in evolving that understanding of cannabis here, and it certainly makes it easier for us to maintain our status as a national brand when we have an open and supportive dialogue with the provincial government.” 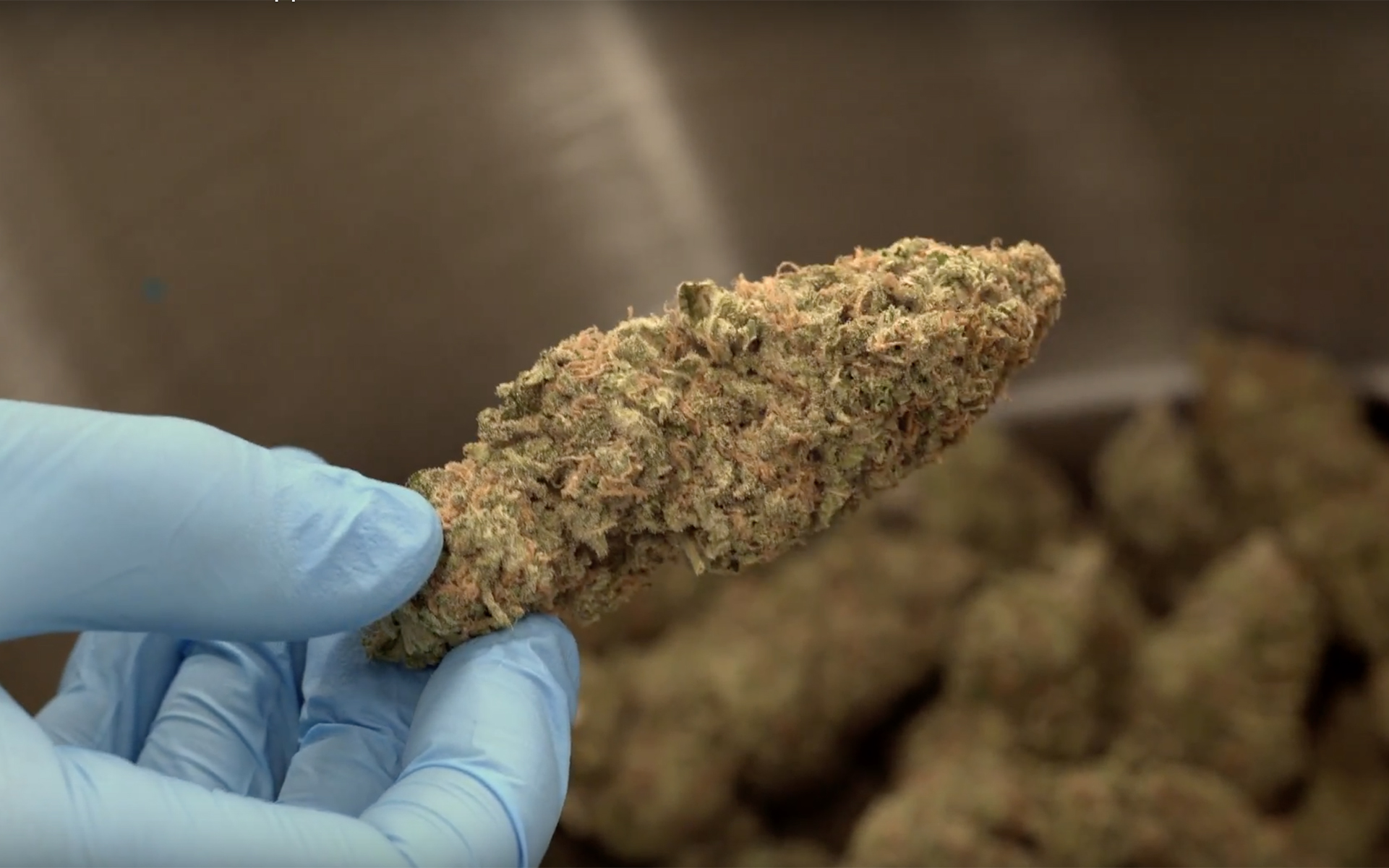 And it’s not just cannabis that the company is tending to—they’re also cultivating local talent. Organigram helped to develop the curriculum for a new cannabis cultivation training program at nearby Dieppe Community College. By supporting local training initiatives like this one, Organigram helps to ensure that the hundreds of new jobs it expects to hire for in 2018—and beyond—are staffed by people from their own backyard.

The last four years have helped Canada’s cannabis cultivators hone their craft. The next few, though, will test how well they are able to scale up that work for recreational consumers. With a growing production facility, a supportive regulatory structure, and highly-trained new team members, Organigram is one LP that looks ready to blossom in this new environment.