Allergies Buggin’ Out? Cannabis Can Help, or Hurt 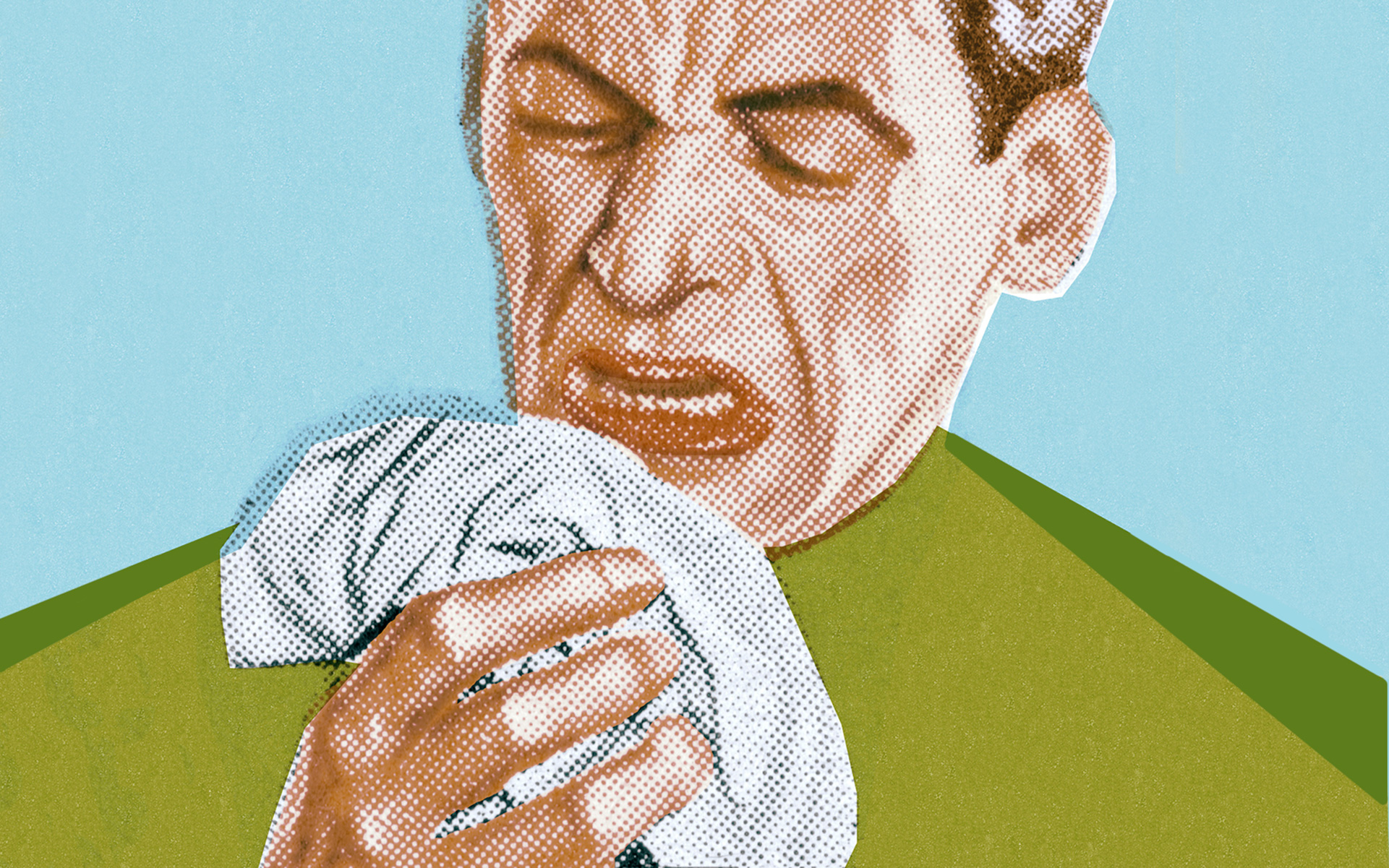 (CSA Images/iStock)
It’s allergy season again, and it’s no fun at all. If you’ve got seasonal allergies, it’s a familiar story. The weather is finally nice enough to be outside, but you can’t enjoy it because you’re spending the whole time sneezing and looking through blurry, watery eyes!

If the standard decongestants and nose sprays haven’t worked for you yet, don’t lose hope. You might be surprised to find help in an unlikely place—the cannabis plant!

“I certainly have some people say that it helps their allergies.”
Dr. Frank Lucido, cannabis clinician, Berkeley, CA

That’s right—while cannabis can sometimes cause its own allergies, studies are showing that it can also help to curb the effects of allergic responses.

Learn the science and find out whether cannabis can help you defeat your seasonal allergies!

Allergies are the body’s way of protecting us from invaders, but allergic reactions often get triggered by harmless substances. When something like a piece of dust, mold, or pollen gets into your system, your body reacts, producing custom antibodies to attack the ‘invader’. These antibodies trigger chemicals like histamine which bring on our familiar allergy symptoms like sneezing, runny or stuffy nose, itching, watery eyes, ear congestion, inflammation, wheezing, coughing, or even asthma.

This is no small problem. An estimated 40% of the world’s population has allergic responses to foreign proteins in their environment, and 10-30% are affected by allergic rhinitis—the allergic response in the nose that gets triggered by inhaling allergens.

It’s clear allergies can be rough. So can cannabis help?

Some experts say “yes.” Cannabis may be able to help when it comes to reducing allergies, and some cannabis consumers have already noticed the connection.

“I certainly have some people say that it helps their allergies.” explains Dr. Frank Lucido, a cannabis clinician from Berkeley, CA. As a doctor who regularly interacts with cannabis patients, Dr. Lucido says that he rarely see patients who suffer from cannabis-related allergies, but does have some clients who report using cannabis eases their allergic reactions.

Still, other doctor’s say cannabis has potential but may not be all that effective in its current form.

Dr. Peter Grinspoon, a primary care physician at Massachusetts General Hospital, instructor at Harvard Medical School and board member of the advocacy group Doctors For Cannabis Regulation, says that while he knows that some people use cannabis for allergies, he hasn’t come across that use in his patients.

Still he explains that, “some of the cannabinoids have a lot of anti inflammatory properties… so hypothetically, it could help.”

Still, Dr. Grinspoon cautions that just taking cannabis might not be as effective the standard over-the-counter allergy remedies.

“I don't think cannabis, as we’re taking it now, is nearly as strong as, for example, Flonase.”
Dr. Peter Grinspoon, Massachusetts General Hospital

“I don’t think cannabis, as we’re taking it now, is nearly as strong as, for example, Flonase.” He explains, adding, “I don’t think it’s a great treatment per se for allergies. That isn’t to say it doesn’t help people. If it helps people, that’s great.”

But cannabis for allergies is not something he’s recommending to his patients.

Dr. Grinspoon says he could envision a nasal spray in the future made from concentrated anti-inflammatory cannabinoids and terpenes. With something more targeted at the source of the allergies, he says he could see cannabis, “having the hypothetical potential for being a very effective treatment in the future.”

Still, for those who say cannabis helps them when their allergies get out of control, it can make a difference. It can be amazing to notice the quick reduction in all that sneezing and itching.

So what does the scientific research have to say? Unfortunately, we don’t have enough controlled human studies to say definitively whether cannabis can help with your allergies. But, there are quite a few studies that support the idea that cannabis can play helpful role in reducing allergies. Here are the facts:

And it’s not just cannabinoids that can help. Terpenes play a role as well. In a 2014 study, researchers found that alpha-pinene, a common terpene in cannabis, may also be able to help reduce antibody levels. Mice who were treated with the terpene showed decreased clinical symptoms of allergies, like rubbing their nose, eyes, and ears. But they also had significantly lower levels of nasal immunoglobulin E, an important antibody that triggers histamine release.

A cell study from 2005 suggests cannabis can also prevent increased histamine responses through a different route. This study found that exposure to THC could suppress mast cell activation. Mast cells are found in connective tissue and their activation triggers the release of histamine.

So suppressing mast cell activation could prevent or reduce the severity of your allergies.

When allergies hit, inflammation plays a big role, so one way that cannabis may be able to help reduce allergy symptoms is through preventing or reducing inflammation.

“Cannabis seems to inhibit the inflammatory pathway.” explains Dr. Sue Sisley, a cannabis researcher currently conducting controlled human studies on cannabis’ effects. “And that certainly does relate to allergies because if you can cut the inflammatory pathway, then it could certainly help the untreated allergies, all the classic symptoms, the itchy, runny nose, itchiness, hives, all those kinds of things.”

Still, Dr. Sisley cautions that this is still theoretical. “It makes sense. It’s just that I can’t back it up with science,” she explains. “It’s like most things in cannabis research, we have a mountain of anecdotal reports, but very little objective controlled data to back it up.”

Her study, which is investigating cannabis’ use for veterans with PTSD, will also take a closer look at cytokines—a marker for inflammation.

“We’re treating the veterans with all different varieties. So there’s a high-THC, a high-CBD, there’s a 1:1 ratio of THC to CBD. So we’ll be able to see how smoking these different varieties of flower affect the levels of their cytokines,” Dr. Sisley explains. “We’ve never really measured that, so in this study were drawing all these cytokines, and measuring their concentration.”

While the study isn’t designed to look at allergies, the research on cytokines may shed light on cannabis effects on inflammation – and this route towards easing allergic responses.

THC may also be able to help when it comes to allergic skin reactions. In a study from 2007, scientists looked at whether THC-based drugs could help reduce allergic responses in the skin. Researchers applied synthetic THC to the skin of mice with severe skin allergies and found that the skin cells of the treated mice had less cytokines—a chemical responsible for signaling immune cells to come to an irritated area. Researchers say this means cannabis could be helpful for reducing allergic reactions in skin.

CBD and THC Open Up Airways

In addition to reducing the symptoms of your runny nose and itchy skin, cannabis can also help with more severe allergy symptoms like asthma. Both THC and CBD have been shown to be effective bronchodilators in animal models—meaning that they are able to open up constricted airways. You can even find THC inhalers designed to help frequent asthma sufferers. Still, asthma can be a dangerous condition and needs to be treated with care. Make sure to talk to a doctor before making any changes to your asthma treatment plan.

While research on cannabis for allergies is still in an early phase, there is some evidence to support the idea that cannabis can help with your allergies. Whether it’s reducing your congestion and itching, calming your skin, or opening up your airways – cannabis may help.

But don’t take our word for it! Try it out the next time you get those springtime sniffles. You might be surprised at how much better you feel.

A Guide to Cannabis Inhalers for Healthier Consuming in Colorado

While cannabis can definitely help ease allergy symptoms, like many pollen-rich plants it’s also been known to cause it’s own allergic responses. And as legal cannabis use increases, reports of cannabis allergies have increased as well, with commonly reported symptoms like increased congestion, runny nose, watery eyes, post-nasal drip, and itchy eyes or nose. In more rare cases, other symptoms may arise as well. Some folks complain about migraines when they smell cannabis. Some report skin rashes from contact with cannabis resin. In more severe cases, cannabis allergies can worsen asthma or even cause anaphylactic shock.

A Guide to Cannabis Allergies and Symptoms

Until federal prohibition’s end makes research easier, allergy sufferers will have to do the research, and experiment for themselves.

How does cannabis affect your allergies? Let the Leafly community know in the comments below! 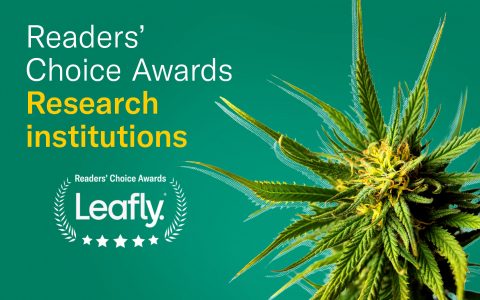