Editor’s Note: In light of the FDA’s Nov. 1, 2017, action to halt the “cancer cure” claims of some CBD manufacturers, Leafly is resurfacing this article by Dr. Dave Hepburn, which was originally published earlier this year.

There’s no topic like cancer to inspire cacophonous claims of a cure, pegged to everything from the rinds of fruits nobody has ever eaten to powders drawn from Micronesian beaches no one has ever visited. As such, claims of miracle cures for cancer typically cause the medical establishment to roll their eyes and avert their attention.

This is why it’s so important to eschew such cure-related hyperbole when discussing the cancer-treating components of cannabis, which could all too easily be lumped into the same National Enquirer “wonder cure” category.

Such talk is especially counterproductive given that there is little doubt that cannabis plays a very important role as a treatment option for cancer—a fact even government agencies are ready to acknowledge, issuing statements on cannabis and cancer that are profoundly encouraging.

The National Cancer Institute has said that “Cannabis has been shown to kill cancer cells in the laboratory.” (Presumably it does something similar outside of the laboratory, but taking cannabis from lab to bedside is an exercise in Schedule-I bureaucratic frustration.) In addition, the NCI states that “[c]annabinoids appear to kill tumor cells but do not affect their non-transformed counterparts and may even protect them from cell death.”

Anecdotes of success in treating cancer with cannabis can’t be ignored—they’re what’s driven the medicalization of cannabis for a long time.

Even the National Institute of Drug Abuse—an organization historically devoted to vilifying cannabis—has gotten on board, stating that “marijuana extracts may help kill certain cancer cells and reduce the size of others.” Not even they can ignore the science.

Anecdotes of success in treating cancer with cannabis can’t be ignored—they’re what’s driven the medicalization of cannabis for a long time. But anecdotes aren’t enough to support touting cannabis as a miracle cure. As always with cannabis and its 144 cannabinoids, the range of effects and variations is vast. Medical cannabis is still the wild west. One size simply does not fit all. There are just too many permutations.

So let it be said, loudly and often: Cannabis is not a cure for cancer. It is not a panacea that has been evilly suppressed by greedy pharmaceutical corporations.

Exaggerations such as these do nothing but sabotage the potential of cannabis. T-shirts emblazoned with “Cannabis Cures Cancer” and assorted leafy greens simply give the appearance of Rastafarian snake oil.

Let’s not further embolden biased clueless conservatives, who look for reasons to further vilify cannabis and stigmatize cannabis users. Now is the time for common sense and reason rather than common screech and rhetoric. Overcoming stigma means reversing ideas that are all too often loosely formed yet firmly held.

Progress in cannabinoid science is truly exciting and packed with great promise If we are to advance, the focus needs to be on objective science and studies. Let’s keep it that way.

More on Cannabis and Cancer

Health
A Drop at a Time: How Cannabis Oil Is Changing Lives of Cancer Patients in the UK
Science & tech
Cannabis Shows Promise in Yet Another Type of Cancer: HCC Liver Tumors
Health
How Cannabis Can Help Patients Cope With Their Breast Cancer
Politics
Cancer Sucks and Cannabis Can Help – If the Feds Would Let It
Share
Twitter   Facebook
Print
cancermedical marijuana 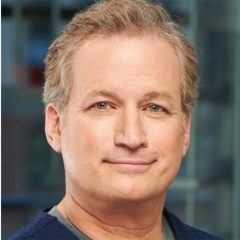 Dr. Dave Hepburn is an award-winning syndicated columnist featured in several major newspapers across the United States and Canada, and is a recipient of the prestigious Canadian Community Newspaper Association columnist of the year award. He was a Canadian naval surgeon in the Persian Gulf War in 1991 and served as the doctor for the Pacific fleet for three years. Amongst the growing number of media physicians educated about cannabinoid medicine, he is an member of the Society of Cannabis Clinicians, International Association for Cannabinoid Medicines, the Canadian Consortium for the Investigation of Cannabinoids, and Physicians for Medical Cannabis.