A Family-First Company: The Inside Story of G FarmaLabs 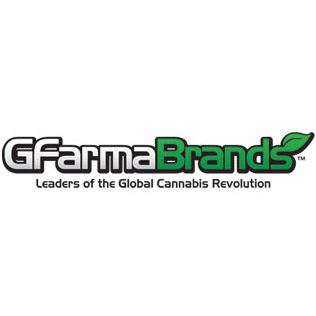 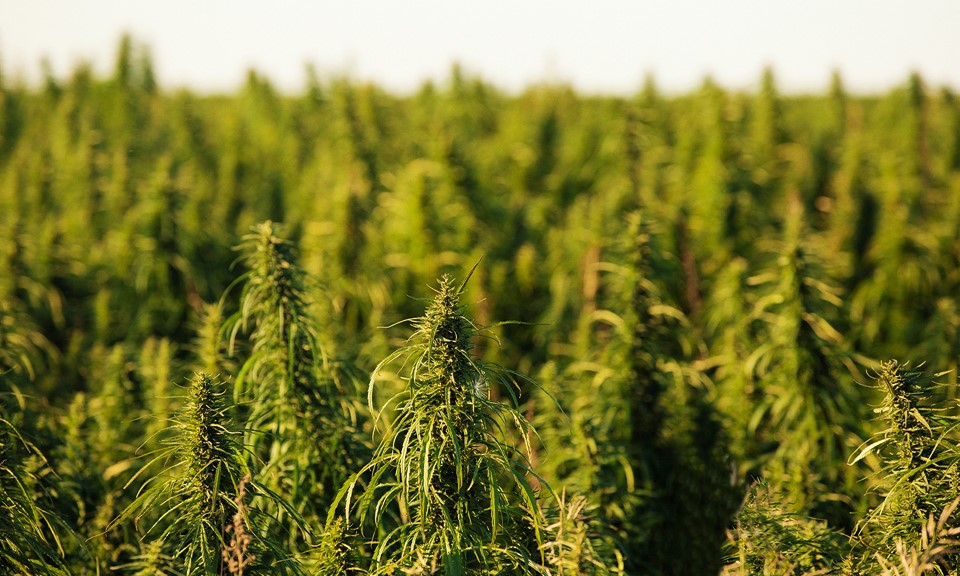 This article is sponsored by G FarmaLabs, leaders of the global cannabis revolution specializing in cultivation and manufacture of marijuana-infused products.

As a little girl, Miami-born Nicole Gonzalez spent summers with her grandfather at the tobacco fields he owned in the Dominican Republic, Nicaragua, and Honduras, learning about the harsh realities of farming life. Each visit meant one long month away from her friends and family in South Florida.

At the time, it felt to Nicole like a form of punishment to take a child to watch people work on a farm and in a factory all day. One very early morning, the small, bleary-eyed child asked her abuelo the question that had been plaguing her all summer long: “Why do your employees have to get up so early and work such long hours?”

Her grandfather, Pedro Martin, simply told her, “Plants have to eat before sunrise.”

Decades later, Nicole looks back at her summers spent on those tobacco farms and realizes that she was destined to work in the cannabis industry long before it even existed.“The parallels are so similar,” she says with a smile, “it’s scary.”

A Boy and His Work Ethic 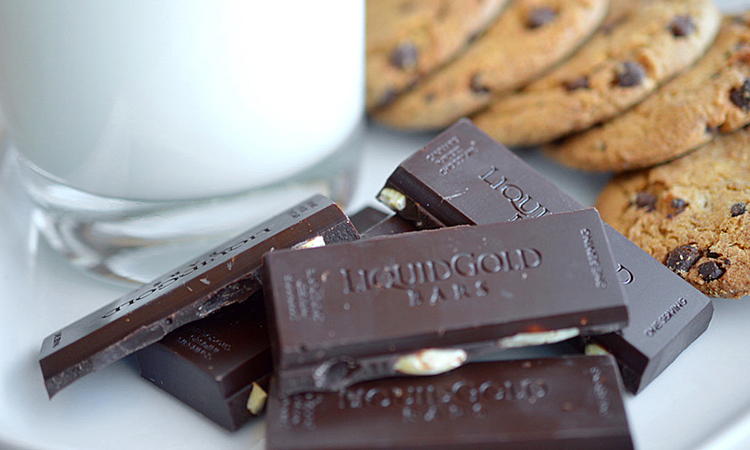 In the same city, during the 1980’s, there was a young boy who would watch his mother and father work 18 hour days. “My father’s first job in America was as a butcher, the same job he held in Cuba,” recalls Ata Gonzalez. “Two years after arriving in America, my parents opened their first Cuban meat market.”

Ata’s father finished a sixth grade education before he had to begin working, pushing a vegetable wagon to earn a few nickels to bring home to his mother. This strong work ethic carried over to Ata, where he learned the basics of business at a young age. “I grew up at my father’s businesses, whether it was the meat market or the three Cuban restaurants he would end up owning. I remember him buying me a pack of 100 little cars and explaining to me that he paid 25 cents per car, and I should sell each individual car for 50 cents to double my money.” By age five Ata was put to work at the cash register, learning how to give his father’s customers exact change. 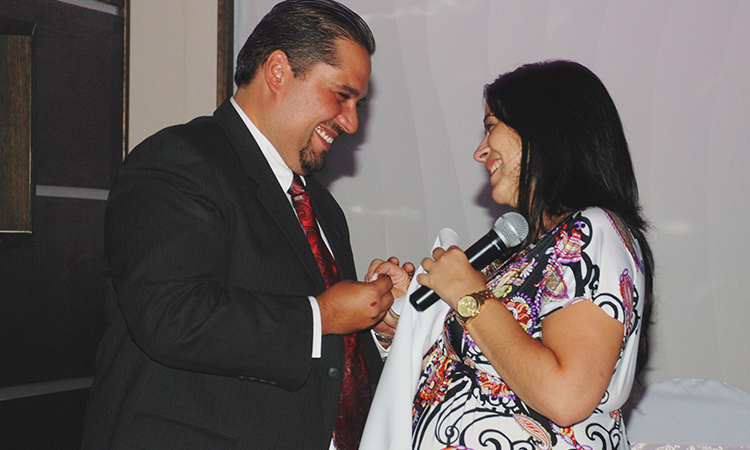 Thanks to their similar upbringing rooted in a strong sense of family and a tireless work ethic, Ata and Nicole each grew up having a strong head for business. Nicole experienced South Florida culture in the late 1990s, when cigar brands exploded. “Niche companies went from 0 to 100 as they built into major brands,” Nicole says. “Most every cigar company in South Florida is a family-run business: nieces, kids, grandkids go to college and study law, engineering, and business, but most decide to go back and work for their families.”

Ata, on the other hand, was part of the Miami real estate boom. He began buying, fixing, and flipping homes in 2000. That lead him to start a construction company dedicated to building, selling, and renting low-income housing throughout Miami-Dade county. Mr. Gonzalez was able to liquidate all the fat in his real estate portfolio by the time the crash came. “We did amazing in the real estate boom, I walked away solid, financially-speaking. The bigger issue was what to do afterwards…”

Both say that “it was love at first sight.” The meeting turned into a friendship, the friendship into a relationship, and today a total of five children are the product of that first special moment. Over the years, Ata and Nicole have developed an “amazing and mutual respect” for one another; a Yin and Yang balance they claim to have recognized right away when their friendship started and progressed into a deep relationship.

California Dreaming: From Cuban Cigars to the Cannabis Industry 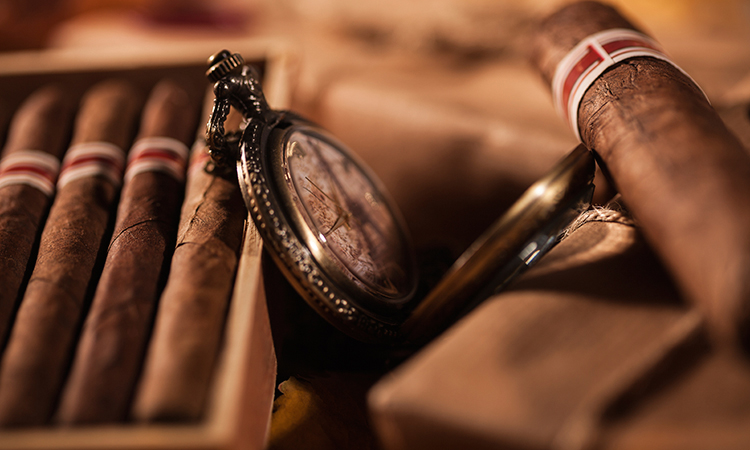 Rooted in Cuban family-oriented culture, there was never a question of whether Ata and Nicole should meld love and work. The couple saw the future potential of the cannabis industry and, “like the gold rush,” they moved across the country from Florida to California. Both their families were concerned about the move to California, and they admitted it was a risky venture at the time. “If it worked we would be geniuses. If it failed, we would be viewed as idiots,” admits Ata. “In the end, though, it was a chance we were willing to take.”

Ata led the way by starting to commute to California in 2009. “I would come three weeks out of every month to learn more and more,” he says. “I became part of a collective who taught me a lot and paid me minimum so that I could continue self-funding my experience in California. In return, I gave sweat equity to the Collective.”

He traveled from San Diego to Humboldt County during that year and soaked in a lot of marijuana knowledge. In January 2010, Ata rented a small apartment just outside of San Francisco as he began looking for a farm to move his pregnant wife to California.

With just $7,000 left in savings, Ata located a farm with seven acres of land in July of the same year. The two borrowed $10,000 to procure the necessary agricultural supplies and pay rent until harvest in October 2010. In the meantime, they attended Oaksterdam University to learn how to grow marijuana and make sure their first harvest was a success. Their second child, Isabella, was born one month before their first harvest of a 99 plant outdoor grow in Lake County, California.

At the time, they were sleeping on a mattress on the floor, using cardboard boxes as nightstands. Rather then buying furniture, they reinvested the initial harvest proceeds back into their farm. They have continued reinvesting every dime they have back into their brand for the past six years. “The basic business formula my father taught me is the only way I know to grow something,” Ata says. “You need nothing more than sweat equity, and that’s what we have.”

After building their production facilities, the pair began what today still seems to be the norm at G FarmaLabs. They have helped almost a dozen families (over 30 people) move out of South Florida to come work at existing or future G FarmaLabs territories. “We are always in need of trusted people, so it seems that most of our management and core team members are friends and family from South Florida,” Nicole explains. “It’s a big family business now.”

Ata and Nicole left management in place at the farms in Northern California and moved eight hours south to SoCal, where the bulk of California’s medical marijuana patients live. The pair operated retail dispensaries and saw the opportunity to transition into creating a brand. They began to learn how to turn trim and flower into extracts for manufacturing cannabis-infused products.

“We were the first out of the gate as a complete cannabis brand with edible chocolates, concentrated cannabis oil for vapes, and a line of pre-rolled marijuana cones,” Nicole says. Timing was crucial as they were first to market right when the industry launched internationally. The G FarmaLabs brand was created right before the Cole memo was released in 2013, and two weeks later they were present at the National Marijuana Business Conference & Expo in Seattle which, to date, is the biggest cannabis trade show for the industry.

Success Through Structure and Family Values 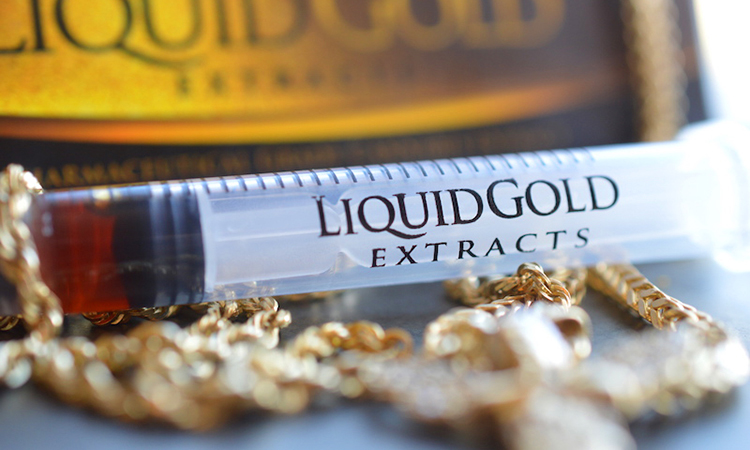 G FarmaLabs places its success on three key factors. First, the parallels between the cannabis industry and the tobacco industry played perfectly into Ata and Nicole’s background and experience. Though the harvested tobacco leaf and the cannabis flower are different plants, the goal is the same: produce better yielding crops with greater quality year after year.

The cigar industry also outlined a roadmap to what’s happened this far and what may continue to develop in the future. At least that’s how the Gonzalez family sees it. “Infusing every convenient store product with cannabis is our goal, and being the number one globally-recognized and well-built brand is what we strive for every day,” says Ata.

Secondly, both Ata and Nicole have a strong work ethic culturally ingrained in them by generations of their hard-working families. “Experience, grit, and work ethic: that’s what makes a successful business in the cannabis industry,” Nicole says. “The expertise and willingness to work 18 hours a day, hiring good people—these are all essential. To work in the marijuana industry is 24/7 commitment. For a dispensary, one month is proportional to a normal industry’s annual speed of business.”

Finally, and perhaps most importantly, they balance each other’s strengths. Nicole, as Chief Operations Officer, manages the day-to-day company business. Her hiring policy is simple: “The people we hire have to be the best. If they aren’t the best, this isn’t the company for you.” She seeks account executives who excel at customer service, and seeks people who look after their client needs with a focus on quality control and long-term retention. Ata is the Company Visionary, focusing on the next moves and scaling the company with an eye to the future. His focus ranges from developing new markets and product lines to developing new market segments.

The future of G FarmaLabs lies in Ata and Nicole’s family. Of their five children (aged seven, five, four, three, and two), the eldest, Abriana, might be the only one who already knows a little about the industry. But for their generation, with the speed of cannabis legalization across the U.S., it won’t be a secret or a problem that their family runs a cannabis company. And to their parents, it is important to normalize the work as part of the children’s upbringing.

The kids’ experience in their parents’ work is being at the office and seeing spreadsheets and the management of employees, the same as any other company’s office operations in America. Ultimately, these children are being groomed for the board room, and to one day take over the reigns of this family-run and operated company.

As for Ata and Nicole’s families’ concerns about their “risky” venture? “Family members are coming out of the woodwork now,” Nicole laughs. “They’re all eager to work with us in the cannabis industry.” Their hard work and persistence is paying off, showing that the American dream is still alive, it just may be waiting to be discovered in a sea of green.