How to Grow Sustainable Cannabis? Look to Beer, Wine, and Rice Industries 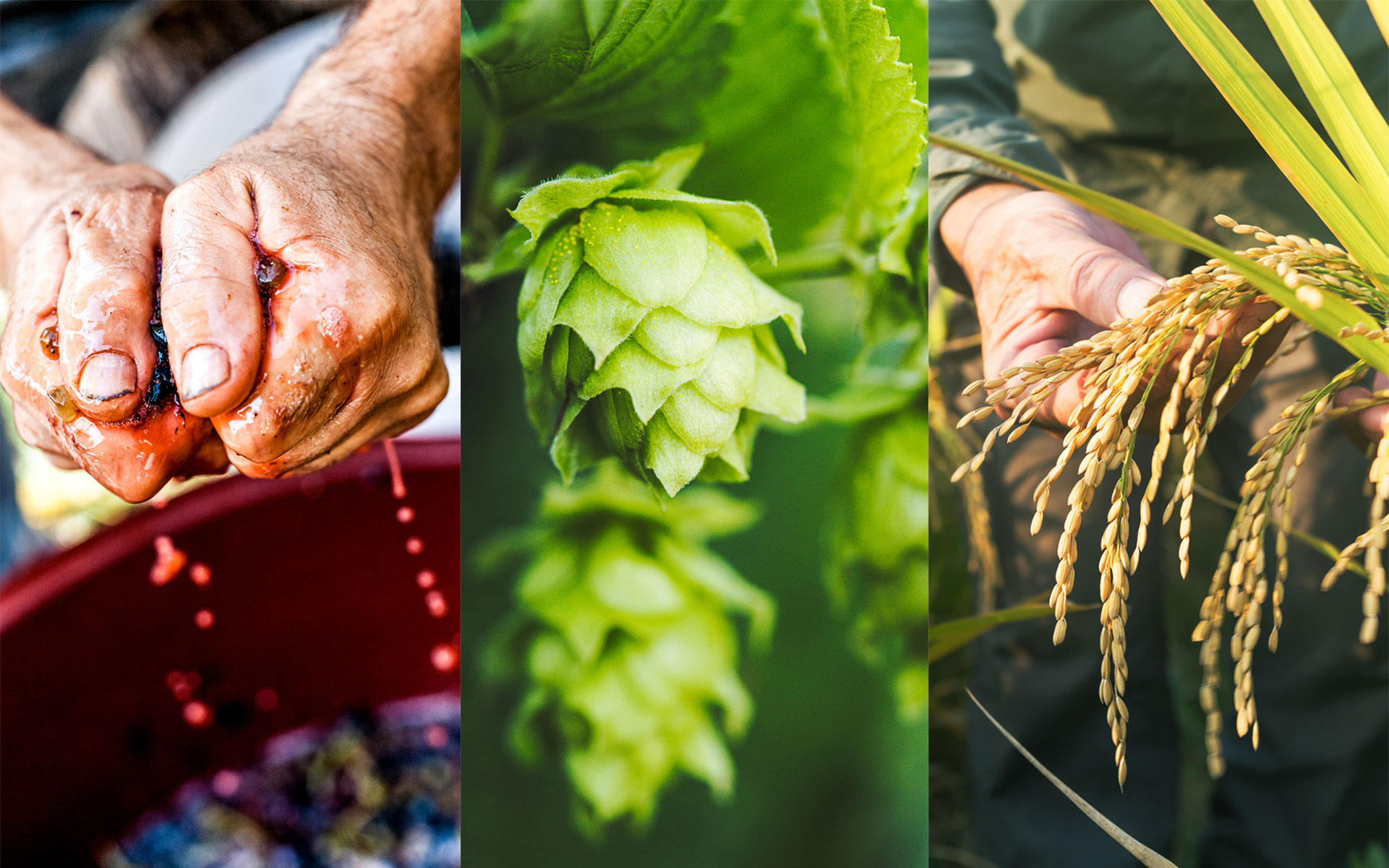 (jxfzsy, CasarsaGuru,RyanJLane/iStock)
Many of California’s small, organic, sun grown cannabis cultivators find themselves buried under the financial realities of taxes and agricultural rules that, in effect, incentivize indoor growers over outdoor operations in the state.

While outdoor-grown cannabis has the potential to have a much smaller environmental impact than indoor-grown cannabis, only 12 municipalities in California currently allow for outdoor cultivation of the plant. According to Kristin Nevedal, a pioneering voice in the cannabis industry and founder of the International Cannabis Farmers Association (ICFA), this low number is likely due to the remaining stigma and fear that open-air cannabis will offend the public, mixed with misguided fears of crop theft.

“I think a lot of the desire to have cultivation be enclosed is the elected officials in jurisdictions are nervous they are going to have opposition to cannabis programs because someone’s going to be concerned about seeing it, about the smell of it when it’s ripe,” she said.

Outdoor-only growers face hurdles indoor growers do not. They pay the highest licencing costs, are subject to the strictest regulations, and owe the largest percentage of revenues paid into a flat base tax on cannabis produced.

Some of the movers and shakers at the forefront of the cannabis industry are pushing for a rethink of the current structures and rules that disincentivize outdoor, sun grown cultivation, and they’re pointing to successful breakthroughs in the craft beer, wine, and rice industries to help legislators and lawmakers look toward a more sustainable future for cannabis.

Looking at the California Rice Commission

Today, California’s $5 billion rice industry provides most of the nation’s sushi rice. However, in the 1980s, California’s rice industry was in jeopardy—because of overuse of pesticides and synthetic fertilizers, the state’s rice farms had developed into a toxic environment, forcing the state’s regulators to step in and mitigate it by increasing regulatory rules for rice farmers. But, as Nevedal, says, “Rice farms were going belly up under the cost of regulations.”

In response, California’s various rice cultivators joined together to form the California Rice Commission. As a commission, the rice farmers were better able to navigate new regulations and comply with state requirements.

“Today, rice farmers pay an assessment to the commission,” Nevedal says. “The commission manages quality testing for air, water, and all of the required programs for each of those farms, which has reduced the cost to individual farmers tremendously because it spreads that expense out.”

That regulatory situation and its impact on rice farmers is similar to what’s currently happening for existing cannabis cultivators in California, explains Nevedal. Farmers are left to navigate a complex and relatively expensive set of regulatory requirements when compared with those imposed on indoor cultivators.

“We’re looking at classic agricultural models that have helped farmers work together to manage their issues ... and this led us to ag commissions.”
Kristen Nevedal, Founder, ICFA

She and ICFA are now working with cultivators—particularly in the Mendicino, Humboldt, and Trinity Counties—on the formation of regional cannabis agricultural commissions to help long-existing farmers navigate the web of California’s new cannabis rules and regulations.

“We’re looking at classic agricultural models that have helped farmers work together to manage their issues, whether regulatory, or in research-based consumer direct education, and this led us to ag commissions,” says Nevedal.

Models from Microbreweries and Craft Wine

We see microbreweries all over the country today, and they have raised the standards for beer on a mass scale, including the quality of the product and the sustainable practices used to produce it. But these wouldn’t be viable today without the tax incentives in place in that industry, which lower taxes on small-scale operations that qualify for a particular tier of production.

What Sun-Grown Farms Taught Me About Washington Cannabis

The ICFA is working on production-based tax incentives for the cannabis industry. The idea is that small-scale, seasonal cultivators—who can’t farm year-round due to the nature of the cannabis cultivation process—will receive a tax break similar to those used in the craft beer industry for small-scale producers.

“This is what we’re looking at in trying to move forward with cannabis. Regulators and legislators like examples that have worked. We’re trying to point out these examples and say these have not only the ability to preserve small businesses, but they also create naturally incentivized tax structures.”

As any wine connoisseur will tell you, the soil and surrounding ecosystem play a significant role in the flavor and impact of the wine you drink. Cannabis is similarly sensitive and reactive to its growing conditions. From soil, to sunlight, to nearby crops, cannabis as a product will be noticeably different in quality based on its growing environment.

“In wine, we might say we can actually taste that soil or the place where that grape was grown,” Nevedal says. “Cannabis actually has the same kind of expression. The challenge, she says, is helping cannabis consumers understand and demand high-quality herb.

Since cannabis remains federally illegal, cannabis farms aren’t able to apply for national organic certifications or exemptions. So there is a growing push to empower small-scale, organic, sun grown cannabis farmers by way of a Sun and Earth Certification program. This certification is designed to fill that gap and go “beyond organic” with its standards and requirements.

The certification requires applicants to demonstrate earth care and regenerative cultivation practices down to the soil, as well as a high standard of worker’s rights and community engagement.

“[Sun and Earth certification is] a seal which aims to empower family farmers who are both dedicated to fair labor practices and protecting the environment through regenerative organic farming,” said Michael Steinmetz, CEO of Flow Kanna, California’s largest distributor of sun grown organic cannabis from craft farmers.

The idea, Steimetz says, is that the certification will give people the ability to enter a dispensary and choose sustainably grown cannabis of the finest quality that is well-sourced.

Sun and Earth is backed by David Bronner, CEO of the renowned soap company Dr. Bronners—along with a coalition of companies and organizations. David Bronner’s new not-for-profit cannabis line, Brother David’s, will source all of its products solely from Sun and Earth Certified farms and donate all profits to increasing public awareness of sustainable cannabis practices.

“The goal here is basically to create the consumer basic standard for the really high level, regenerative, organic cultivation of cannabis,” said Bronner. “The standard is basically taking the best of soil health, fair labor, and animal welfare movements and putting them together into a single standard.” 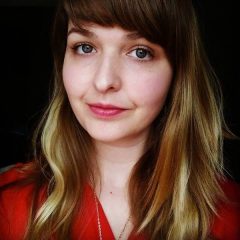 April is the former drugs section editor at AlterNet.org and has written about all things cannabis for national and international outlets for decades. 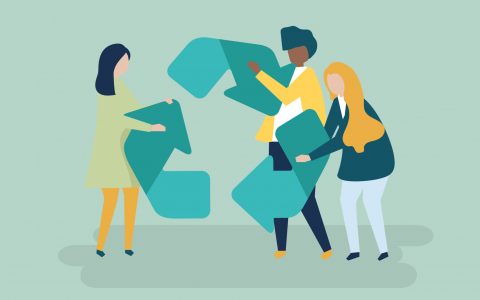 5 Ways to Love Earth as Much as You Love Cannabis 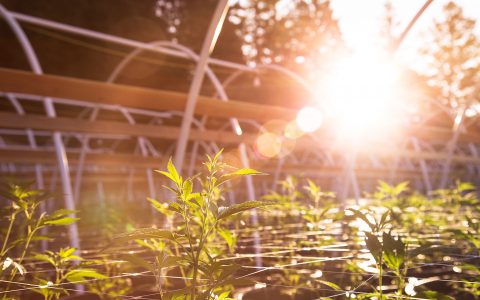 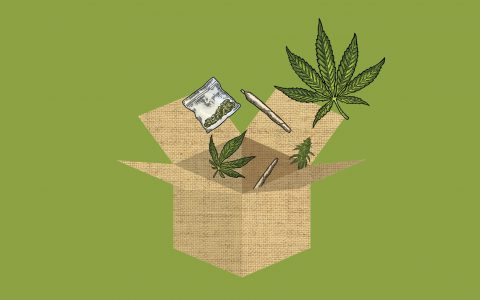 Is Hemp the Answer to Sustainable Cannabis Packaging? 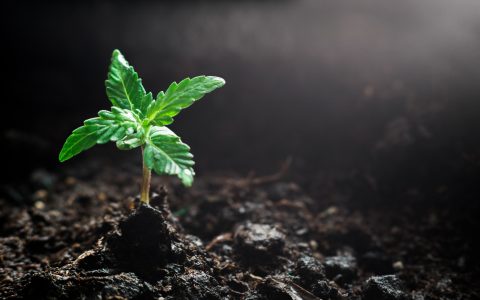 What Is Regenerative Cannabis Farming?