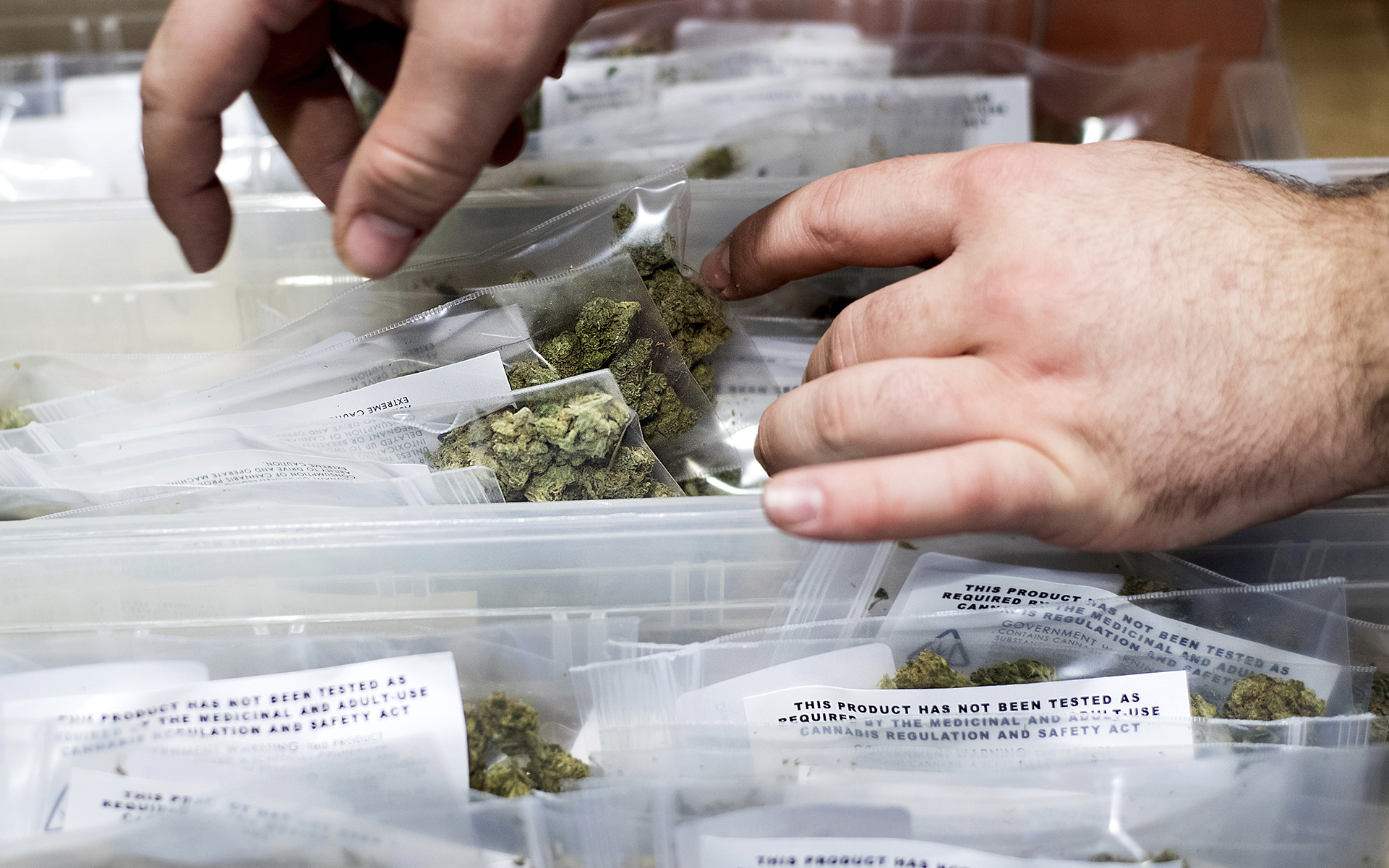 An employee stocks cannabis shortly before the first day of adult-use cannabis sales in San Francisco. (Noah Berger/AP)
It’s the opening chapter of California’s new era of regulated cannabis, and already a market disruption is underway.

Generally, retailers have ample product on store shelves for both adult use and medicinal cannabis consumers, but some brands are now in short supply. Prices are mostly stable, though new state taxes on legal purchases have meant sticker shock for customers.

Meanwhile, the black market appears to be thriving anew—invigorated by dissuasive taxes on growers, plus licensing fees and frustrations over difficulties of entering the legal economy. If more cultivators aren’t licensed by the state, manufacturers for cannabis concentrates for vape pens, waxes, and infused edibles fear they may run short of their critical production component – leafy cannabis trim – by summer.

“If more local jurisdictions don’t get their acts together and start licensing quickly, we’re going to have an issue with supply.”
Bryce Berryessa, cannabis business owner

Some state lawmakers, led by a pro-cannabis Republican, want to eliminate cultivation taxes to convince growers that the state-permitted cannabis economy is the way to go. But taxes aren’t the only obstacle. Cannabis industry advocates say a glut of local government bans on cannabis sales, cultivation and business, particularly delivery services, isn’t helping market stability.

“I would say in general, the manufacturers are very impacted, and the amount of farmers that don’t have licenses is a big change,” said Kenny Morrison, president of the California Cannabis Manufacturers Association and a licensed edibles and concentrates manufacturer and distributor. “And that is only a small part of the overall problem.”

To understand the early-onset confusion in America’s largest cannabis economy is to know this: Many old friends in the industry are now having trouble doing business with each other.

At Canna Care, a medical-only dispensary in Sacramento, purchasing manager Don Davies used to rely on a stable of medicinal growers registered as cultivators for the dispensary’s collective. Now one of his most loyal growers—a friend who consistently provided him with potent, high-grade cannabis for $2,500 a pound—hasn’t been able to get a state cultivation license.

“We have lost people that we have literally worked with for years,” Davies said. “They are now off the list because they are no longer state-certified.”

Instead, soon after the Jan. 1 dawn of California’s regulated era, a cannabis distribution company came offering Davies similar quality cannabis compared to what he used to buy from long-time business partners. He says the distributor “wanted $3,200 to $3,600 a pound,” telling him it needed to cover state taxes and fees accumulating along the supply line.

Davies balked at the prices. But good fortune followed. The distributor found few buyers and came back with a decidedly better offer: $2,300 a pound, a market godsend to help stabilize the dispensary’s prices.

“Right now, we don’t have any clones. Normally, we have several racks of them.”
Katie Rabinowitz, Magnolia Wellness

Still, at retailer Magnolia Wellness in Oakland, which is licensed for medical and adult-use sales, there are frustrations. General manager Katie Rabinowitz says the dispensary’s normally ready supply of cannabis clones for at-home cultivators have virtually disappeared due a supply disruption from nurseries still navigating the state permitting process.

“Right now, we don’t have any clones,” Rabinowitz said. “Normally, we have several racks of them, each with six-plus trays with 40 to 50 per tray.”

Magnolia Wellness has maintained its supply of cannabis flower, albeit working with some different cultivators than before amid the slow march to state licensing. Rabinowitz says the dispensary has cut prices of some brands to ease consumers’ added burden of multiplying taxes, including a 15% excise tax on sales.

With Oakland as a major manufacturing center, Magnolia Wellness has maintained supplies of many popular cannabis foods and vape products. But overall, its concentrate selections are down 10% to 15% in terms of choices offered.

“For some of our patients who have loyalty to a certain brand or company, that’s where we’ve had some negative sides to this,” Rabinowitz said of the shortages. “But overall, we were able to stock up with inventory, and some of our top-selling brands have their licenses.”

In Southern California, Chris Francy, operator of the Bud and Bloom and OC3 retail stores in Santa Ana, says his shelves are packed with products for medical and adult-use consumers. There is no shortage, he said, but significant changes in what’s available.

“It is still easy to fill up a big store with products,” Francy said. “But it is just that not all of the brand names have been able to move forward yet” into the regulated era.

Francy says his dispensaries are carrying more pre-packaged cannabis flower from branded producers over boutique buds from smaller farmers. Many of his edible and concentrate selections are also different than last year.

“We’re definitely in flux. Some of our brands haven’t been able to jump the gap with licensing or strike a deal with distributors,” he said. “Certain brands have gone offline.”

Overall, the state’s Bureau of Cannabis Control says it isn’t hearing of any significant shortages for California cannabis consumers so far.

But Morrison of the Manufacturers Association says the Golden State is plagued with “cannabis deserts”—vast regions with few retail offerings, particular due to a crash in the cannabis delivery economy as hundreds of unregulated delivery drivers haven’t found cities willing to license them.

Hezekiah Allen, executive director of the California Growers Association, says local bans on cannabis cultivation could take a toll on the market.

While Allen says currently “there is no shortage of regulated flower out there,” he worries that long-term supply problems could loom because cultivators in more than two-thirds of California “are unable to get a permit because of local bans.”

He said a dramatic political change of heart in one county alone—Calaveras—to ban commercial cultivation after widely licensing cannabis farms may alone have removed 10% of cannabis flower and leaf from the regulated market.

Meanwhile, Tom Lackey, a Republican Assemblyman from Palmdale and former California Highway Patrol captain, says California is in serious danger of taxing itself into potentially severe market shortages of cannabis product by summer.

“There is no gray area on this issue. You either help people who are trying to get into the regulated system or you’re supporting the black market.”
Assemblyman Tom Lackey

Along with Oakland Democrat Rob Bonta, Lackey has introduced legislation to eliminate state cultivation taxes on cannabis farmers for three years and cut the excise tax on sales from 15% to 11% to entice more producers into the legal market.

Due to state levies on farmers of $148 per pound for cannabis flower and $44 per pound for leaf, Lackey says many growers are remaining in the illegal market—or worse, fleeing to it.

“The small growers will be the first ones to be eliminated,” Lackey said. “It is difficult enough for them in trying to follow the rules and we’re choking them out. … There is no gray area on this issue. You either help people who are trying to get into the regulated system or you’re supporting the black market.”

Bryce Berryessa, owner of the TreeHouse dispensary in Santa Cruz and La Vida Verde, a Watsonville cannabis foods and concentrates company, is unnerved in different ways by California’s regulatory launch.

In Santa Cruz, he has lost business relationships with farmers still unable to get local licenses and is now importing flower for growers in other counties. His licensed manufacturing company stocked up on plant trim and accelerated production in anticipation of the new regulated era. But he worries supplies may soon run thin.

“I think a lot of manufacturers stockpiled oil in anticipation of a possible glut in the marketplace,” Berryessa said. “So we haven’t felt an impact yet. However, if more local jurisdictions don’t get their acts together and start licensing quickly, we’re going to have an issue with supply.” 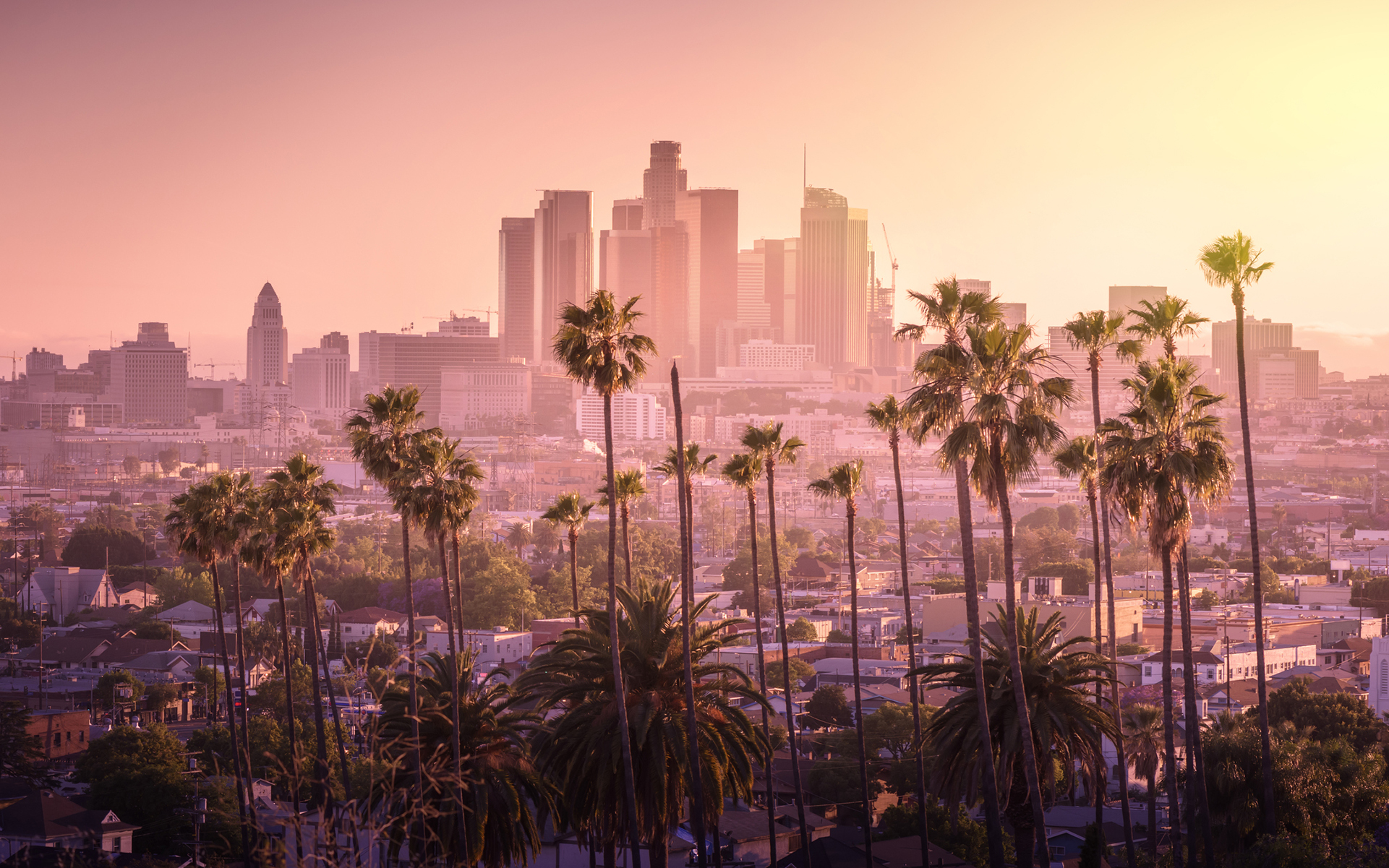 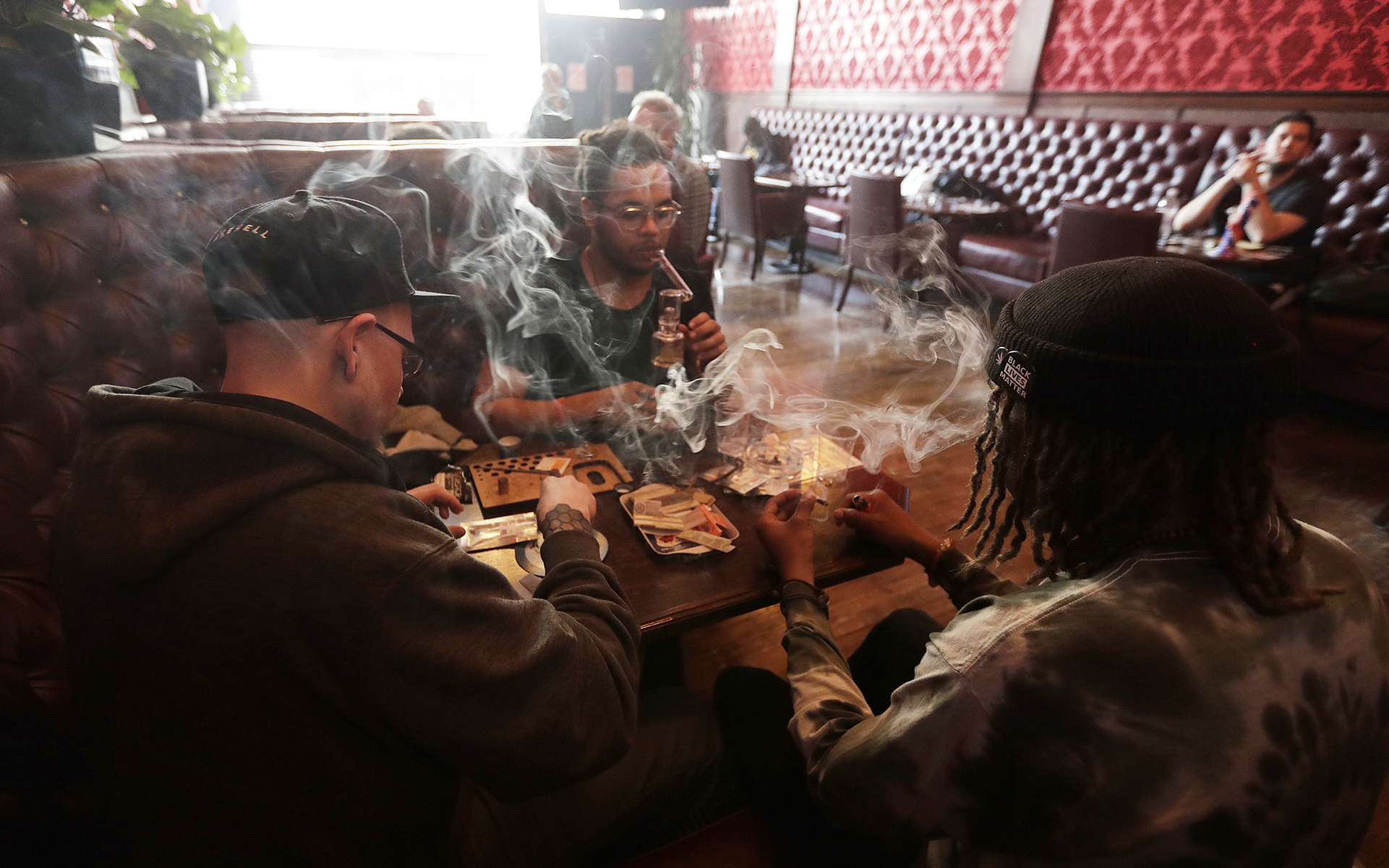 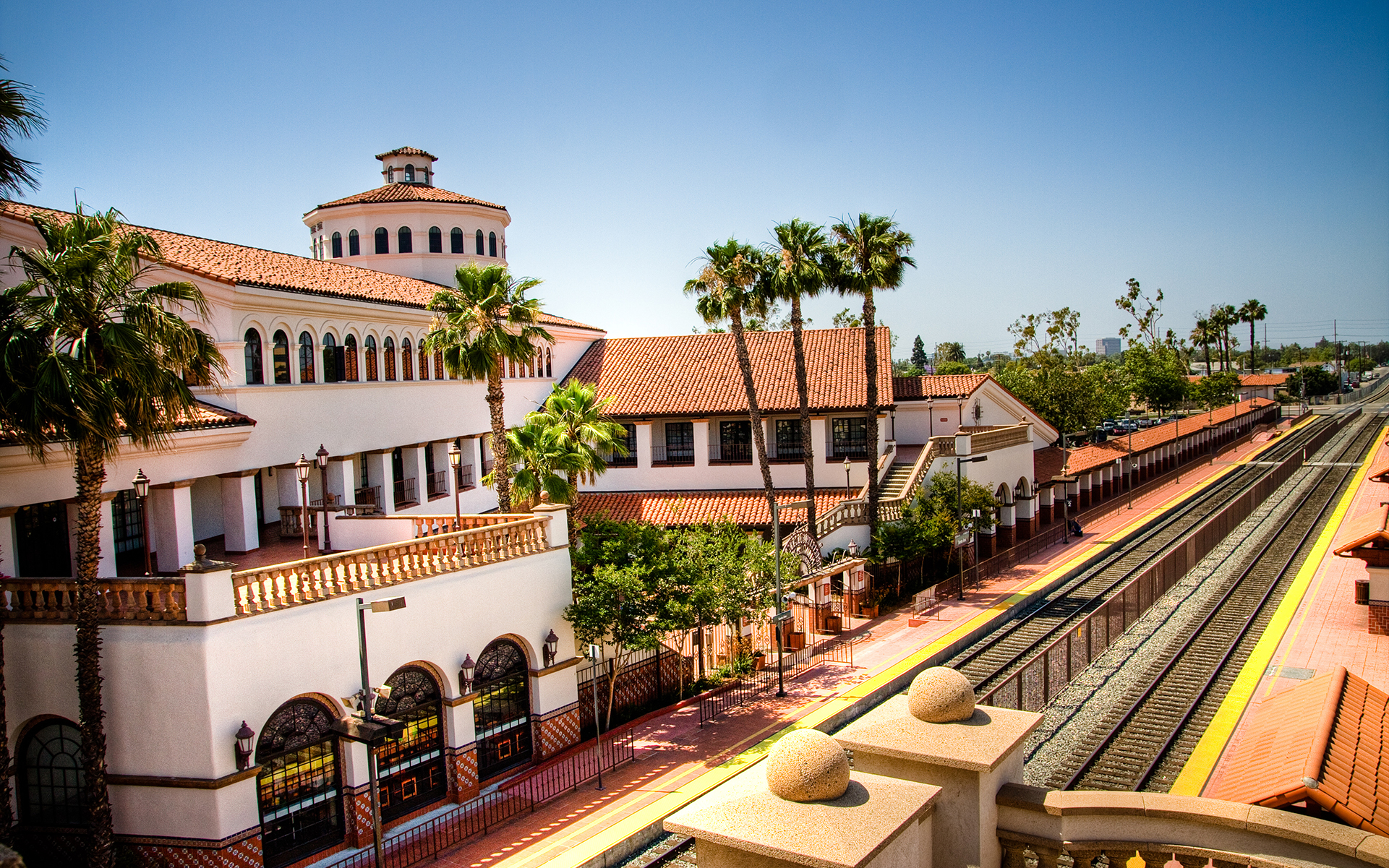 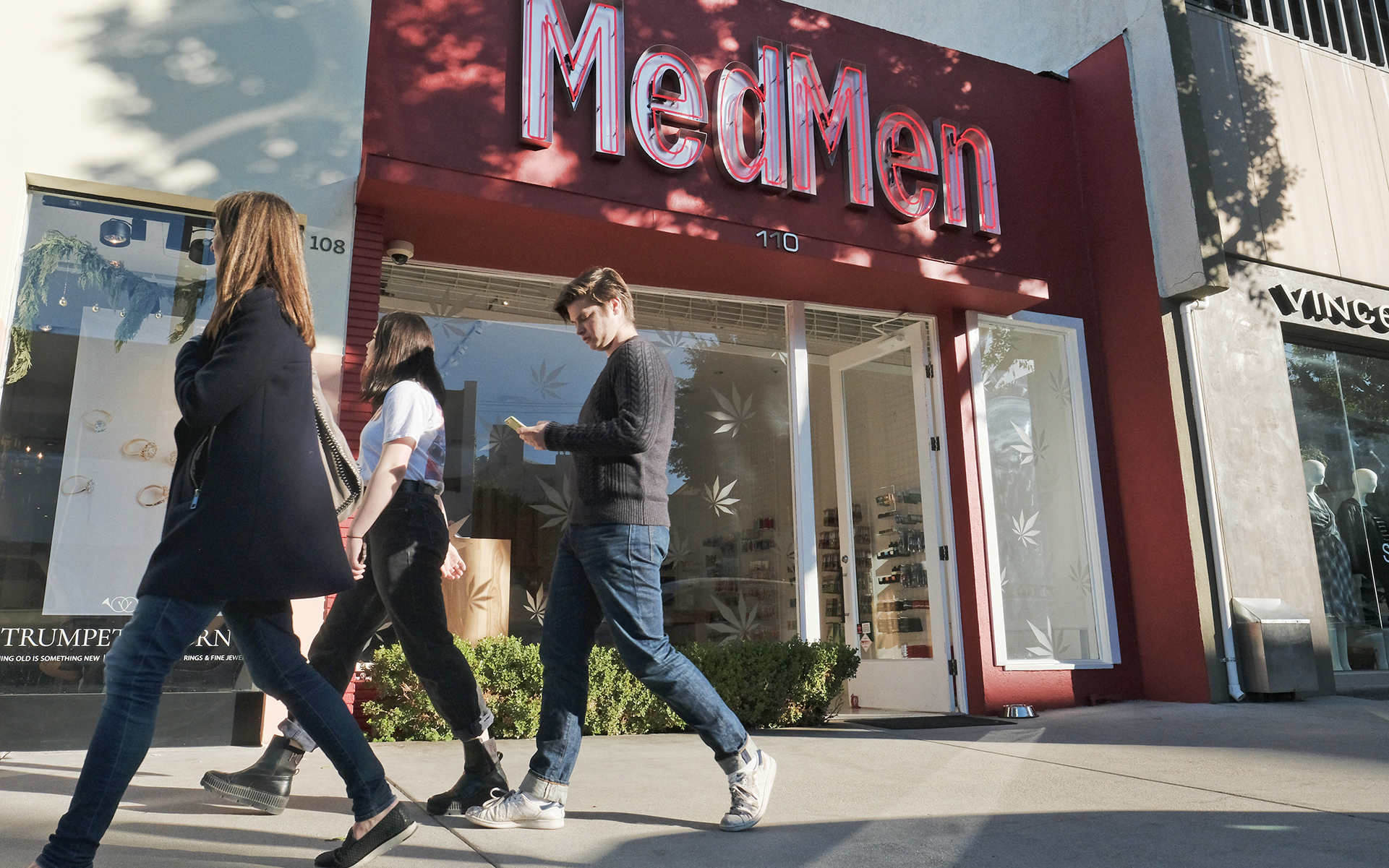 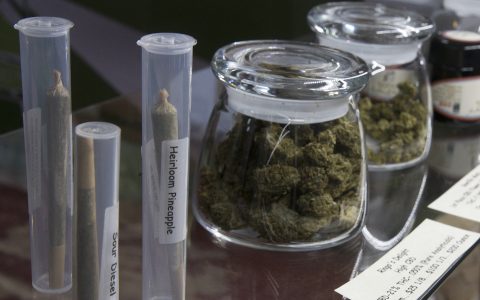 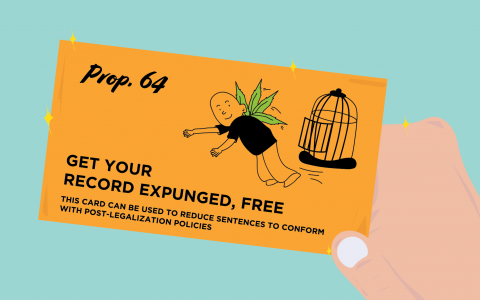 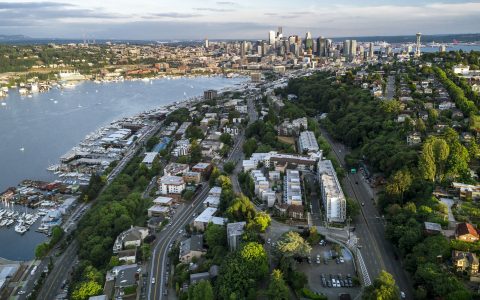 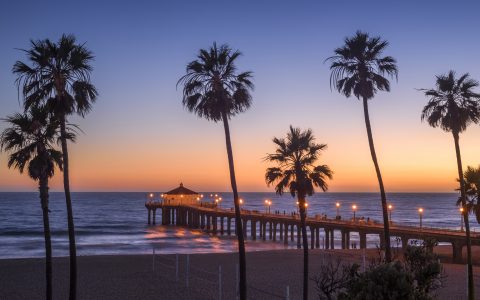