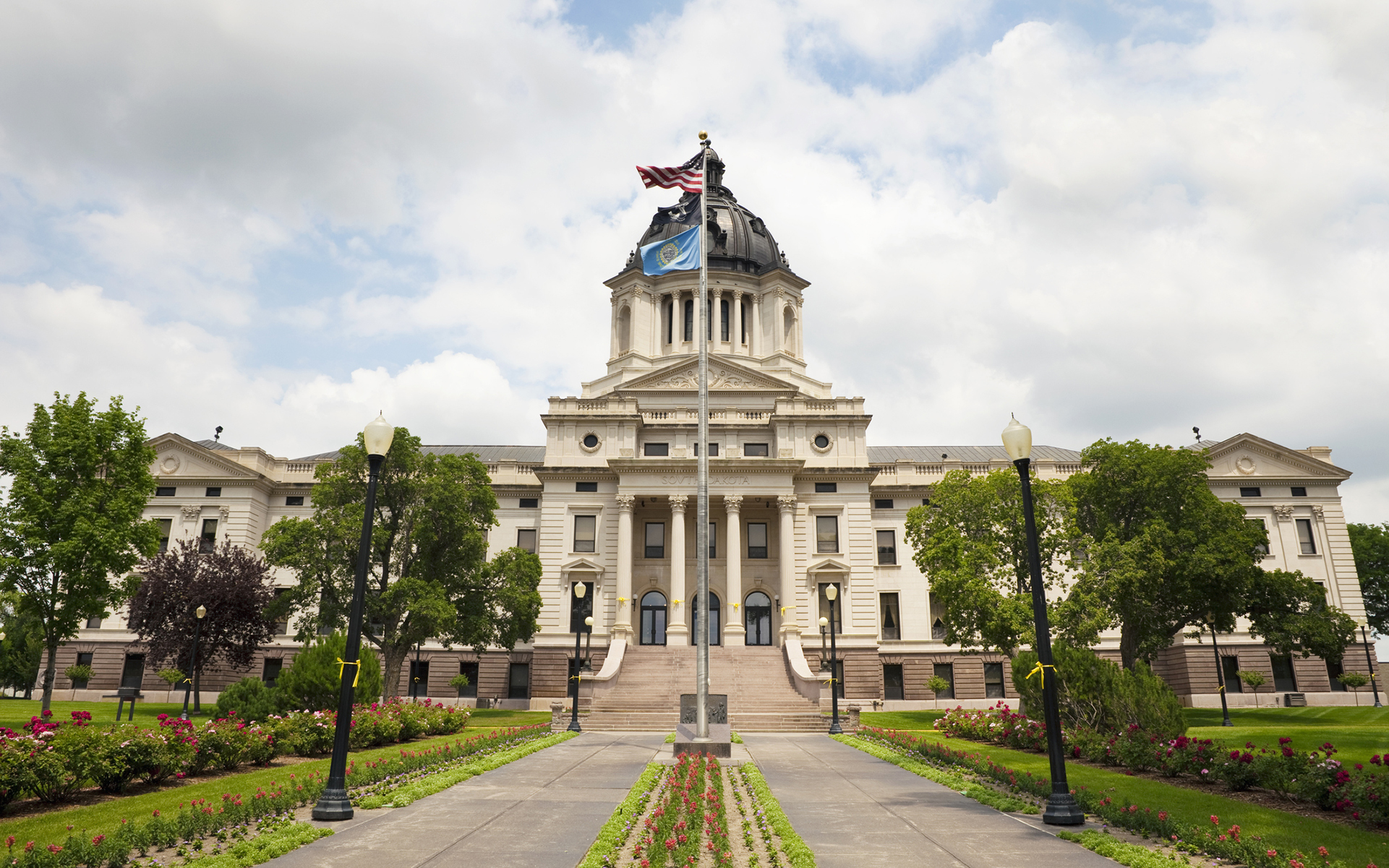 South Dakota state capitol building in Pierre, SD.
A South Dakota House committee has amended a controversial cannabidiol (CBD) bill to exclude language that would have given the pharmaceutical company GW Pharma a temporary de facto monopoly of the state’s CBD market.

Senate Bill 95 passed the South Dakota Senate last month. It gained notoriety as one of two bills backed by GW Pharma and its American subsidiary, Greenwich BioSciences, that would move CBD to Schedule IV on state drug regimes—but only CBD in a form that’s received FDA approval. GW/Greenwich’s drug Epidiolex, which treats intractable epilepsy, is expected to received FDA approval as soon as this summer. There is no other FDA-approved CBD drug on the market.

Leafly News broke the story of the GW/Greenwich bills last month. A GW spokesperson has stated that the company is not attempting to create a monopoly; it just wants patients to be able to access Epidiolex if and when the drug receives FDA clearance.

GW/Greenwich officials have been lobbying South Dakota legislators this past week, as have a number of medical cannabis patients and patient advocates. George Hendrickson, an outspoken advocate whose young son struggles with Dravet syndrome, spoke in favor of amending the bill, as did Teri Robnett, a medical marijuana patient and advocate from Colorado, and Melissa Mentele, chairperson of New Approach South Dakota.

At the end of the SB 95 hearing, members of the House committee voted to remove language that defined cannabidiol as “a drug approved by the United States Food and Drug Administration.”

The bill as it now stands would remove CBD from the state’s definition of marijuana, and define it as a Schedule IV drug within South Dakota’s classification system. That would mean all forms of CBD, not just those that have been approved by the FDA, would be considered Schedule IV substances.

If the bill receives full House approval, it would then have to be re-approved by the Senate in its amended form.