Idaho Expects a New Governor, but Not a New Cannabis Policy 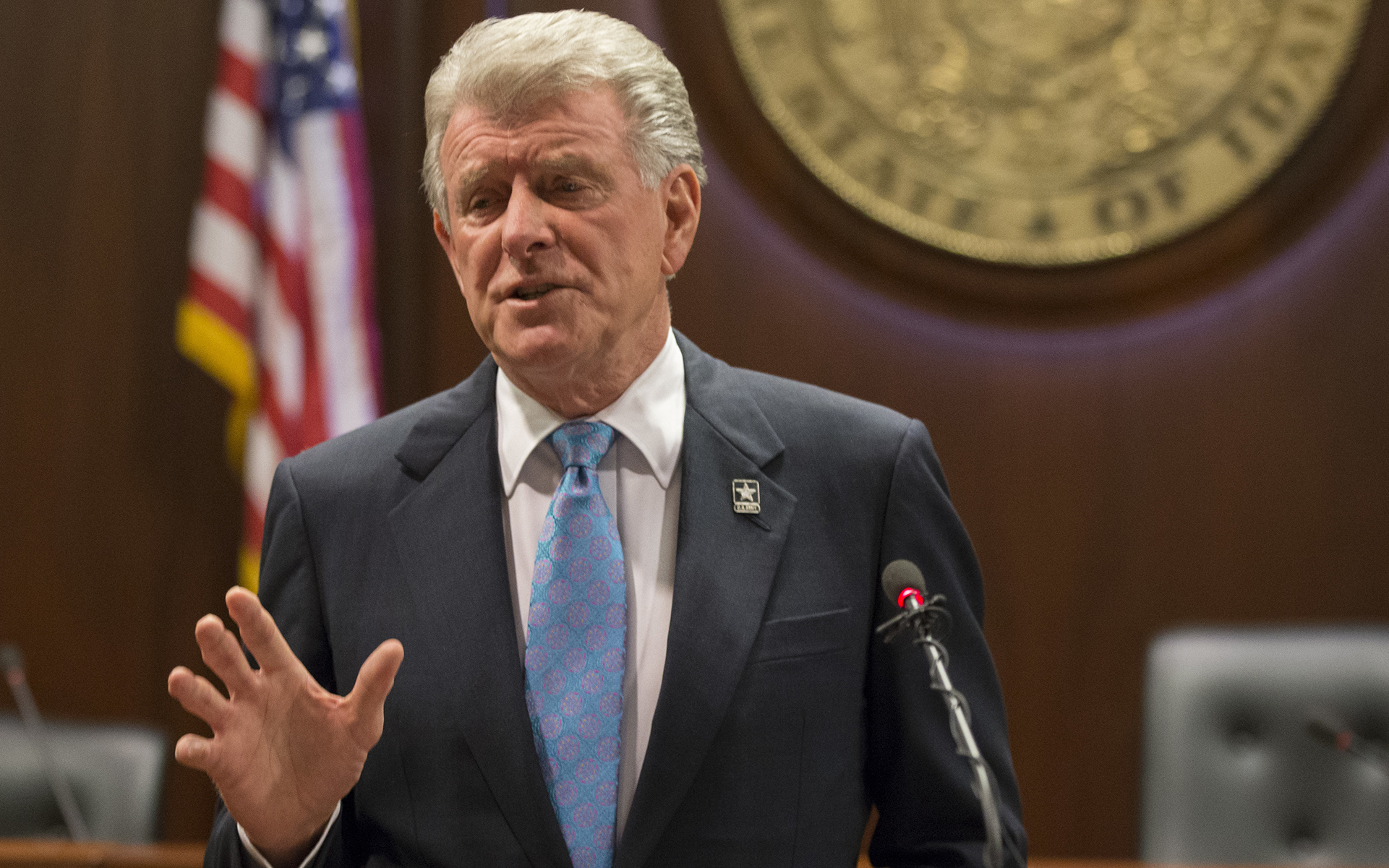 Idaho Gov. C.L. “Butch” Otter, above, has chosen not to seek re-election. His seat is wide open, but the state legislature has 88 Republicans to 17 Democrats, so you do the math. (Otto Kitsinger/AP)

BOISE, Idaho (AP) — Idaho’s Democratic gubernatorial candidates on Sunday spent most of their first televised debate in overall agreement when discussing the state’s biggest issues surrounding education, health care and taxes. One of their few places of disagreement came on cannabis policy. Idaho remains one of the few states where both medical and adult-use cannabis are illegal.

On other issues there was much agreement.

Expand Medicaid to help those who don’t qualify for health care coverage or make too much to qualify for a subsidy? Yes, and both have signed the petition currently being passed around the state to get a Medicaid expansion proposal on the November ballot.

Raise taxes to increase education spending? No, instead they agreed the state should find a way to reduce its long list of sales tax exemptions.

However, near the end of the hour-long debate, the two became animated when faced with questions over their endorsements. Despite having served inside the Idaho Statehouse for nearly two terms, Jordan has not received any endorsements from her Democratic colleagues.

If elected, Jordan, 38, would become not only Idaho’s first female governor, but also the first Native American woman to be governor in the nation. That distinction has quickly attracted national attention. She has received endorsements from national groups like Planned Parenthood and Indivisible, as well as a celebrity endorsement from Cher.

Meanwhile, Balukoff has secured endorsements from both former and present Democratic state and congressional lawmakers — even though he has never held a state elected office.

Balukoff, 71, unsuccessfully ran for political office for the first time as a Democratic gubernatorial candidate against Gov. C.L. “Butch” Otter in 2014. This time around, Balukoff’s experience working as a Boise developer and school board member has attracted praise from legislative leaders.

Jordan downplayed the significance of the endorsements, saying she was more focused on unifying Idaho’s Democratic Party rather than highlighting its difference.

“I think it’s unfortunate, we (Democrats) are very few and far between, this is how we know we should stand together as family,” Jordan said.

Balukoff countered that his endorsements show that he can work with others and build trust.

“I would encourage you to check the record, all of the endorsements I have received have come after her candidacy,” Balukoff said, rebuffing Jordan’s claim that his endorsements came before she had thrown her hat in the ring.

Not Much Hope for Cannabis

Balukoff didn’t offer as clear cut answers, responding that he opposed recreational marijuana but doubted that the issue would even come by his desk if elected due to the current Republican-controlled Legislature. He then said that marijuana should be declassified so the federal government could research the benefits of medical marijuana.

When asked about decriminalization, Balukoff quickly pivoted to opioids: “Yes, we should talk about that, it’s not one of the most dangerous drugs but we don’t know what it could be used for. As I’ve talked to doctors, they don’t see that necessarily as a replacement to opioids.”

Idaho has long remained steadfast in its strict anti-marijuana laws despite bordering three states — Washington, Oregon and Nevada — that have legalized recreational pot.

The governor’s race is wide open now that four-term Gov. C.L. “Butch” Otter hasn’t filed to run for re-election. However, in Republican-dominant Idaho, most Democratic candidates face an uphill battle in statewide and local elections.