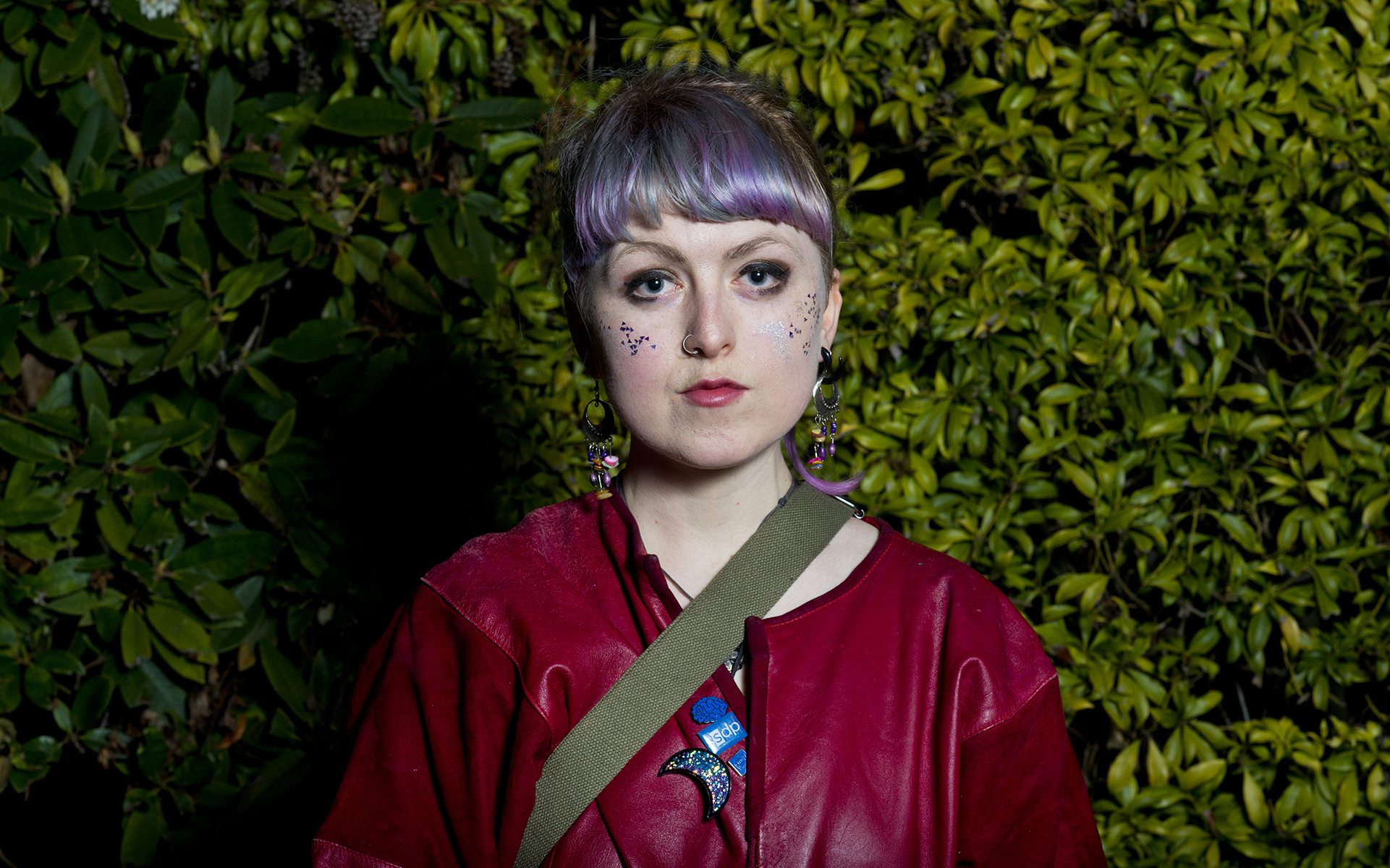 Eleanor Martha Hulm (Samuel Wilson for Leafly)
The founding of Students for Sensible Drug Policy (SSDP), one of the nation’s most influential drug policy reform groups, reads like a movie script. In 1997, Shea Gunther, a student at Rochester Institute of Technology (RIT), attempted to form the first official student organization dedicated to fighting the war on drugs. RIT not only denied the request; the school ultimately expelled Gunther. The following year Gunther and other activists met at the University of Massachusetts-Amherst and formed what would become SSDP.

Over the past 19 years, the group has been a driving force behind policy changes both on campus and in state legislatures. It’s also raised a generation of policy reformers and political leaders. Alums include Shaleen Title, co-founder of THC Staffing Group and co-author of the Massachusetts cannabis legalization measure that passed last November; Kat Murti, digital outreach manager at the Cato Institute; Amanda Reiman, California policy manager for the Drug Policy Alliance; Marijuana Majority founder Tom Angell; and Jared Moffat, director of Regulate Rhode Island, among many others.

Currently the group is active on 320 campuses in 14 countries, with more than 4,300 student activists. Many of those SSDP members came together last weekend for the group’s annual conference, which took place in Portland, Oregon. Leafly asked a number of them to tell us how they got started as policy activists. Here’s what they told us. 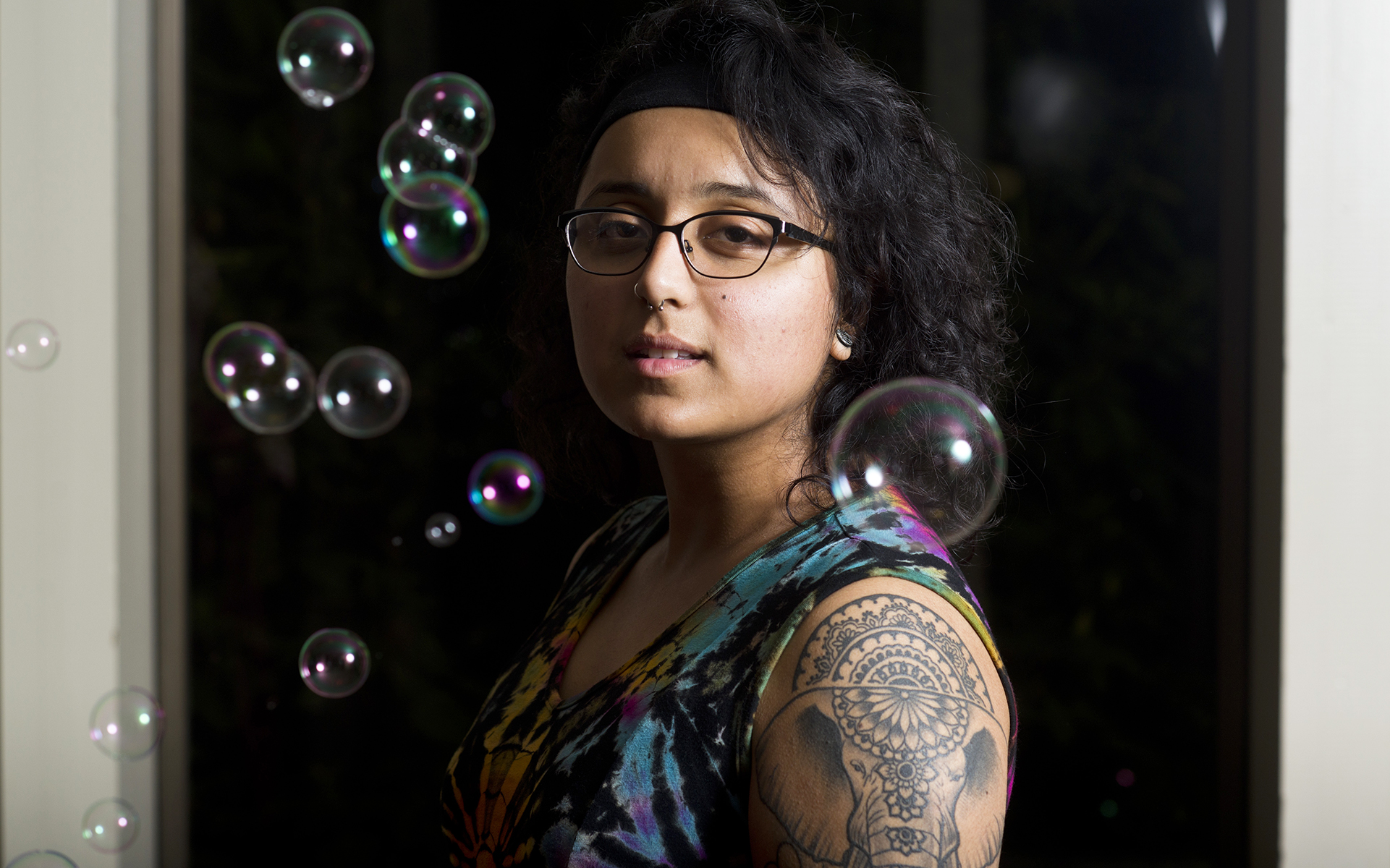 Chicago, Illinois: “When I came to DePaul, I was wanting to get involved and one of my friends was like, ‘Did you see that table with the cocaine flyers?’, so I went to a meeting and boom. The rest is history, and its been awesome. I’m from the Midwest, and over there it’s gonna be a few years. Michigan will probably be there in two or three years, but Illinois, where I’m from, we’re just following everyone so we need to find a way to lead somewhere. A lot of people take it as a joke but I the really serious side to it. Those videos with guys with Parkinson’s who rub CBD oil on their lip and they finally feel normal and can function–that’s what I feel really changes people’s opinion, so we need to get more of those stories out there.” 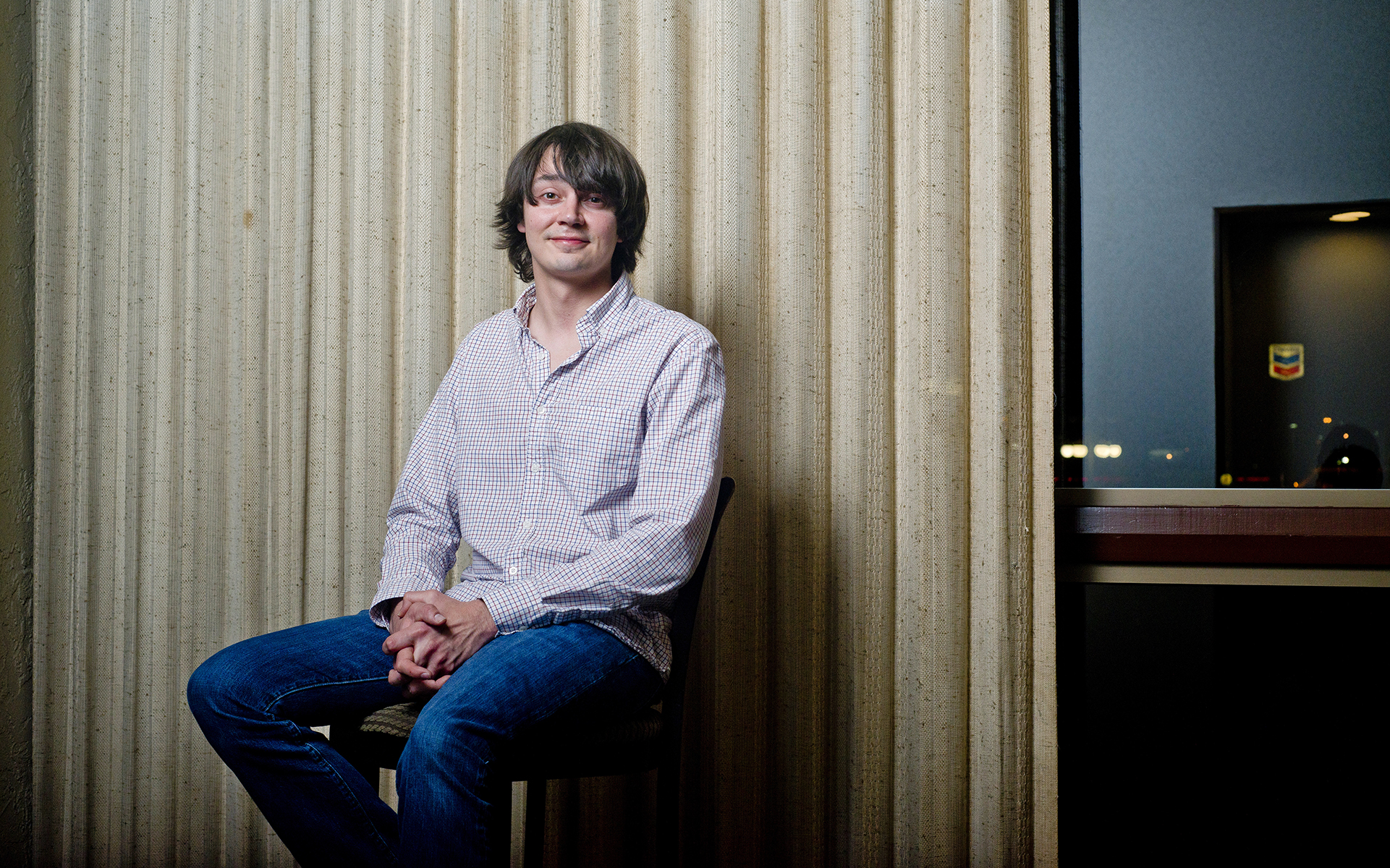 Dahlonega, Georgia: “I got into SSDP in 2013 to combat the draconian drug policies that were affecting my peers. I saw a lot of friends that I’d grown up with who had succumbed to overdose, they were in prison, they were being negatively affected by our drug policies. So when I came across SSDP’s website, it stuck out to me. I emailed the outreach director and within a week we had a chapter started. Within about six months we worked on a statewide medical amnesty policy and passed the most comprehensive law in the entire country. It’s Georgia. We have a tough fight. This is the capital of those draconian policies, so there are a lot of uphill battles ahead of us. They lost in Colorado and California, and now they’ve diverted their resources to Atlanta.” 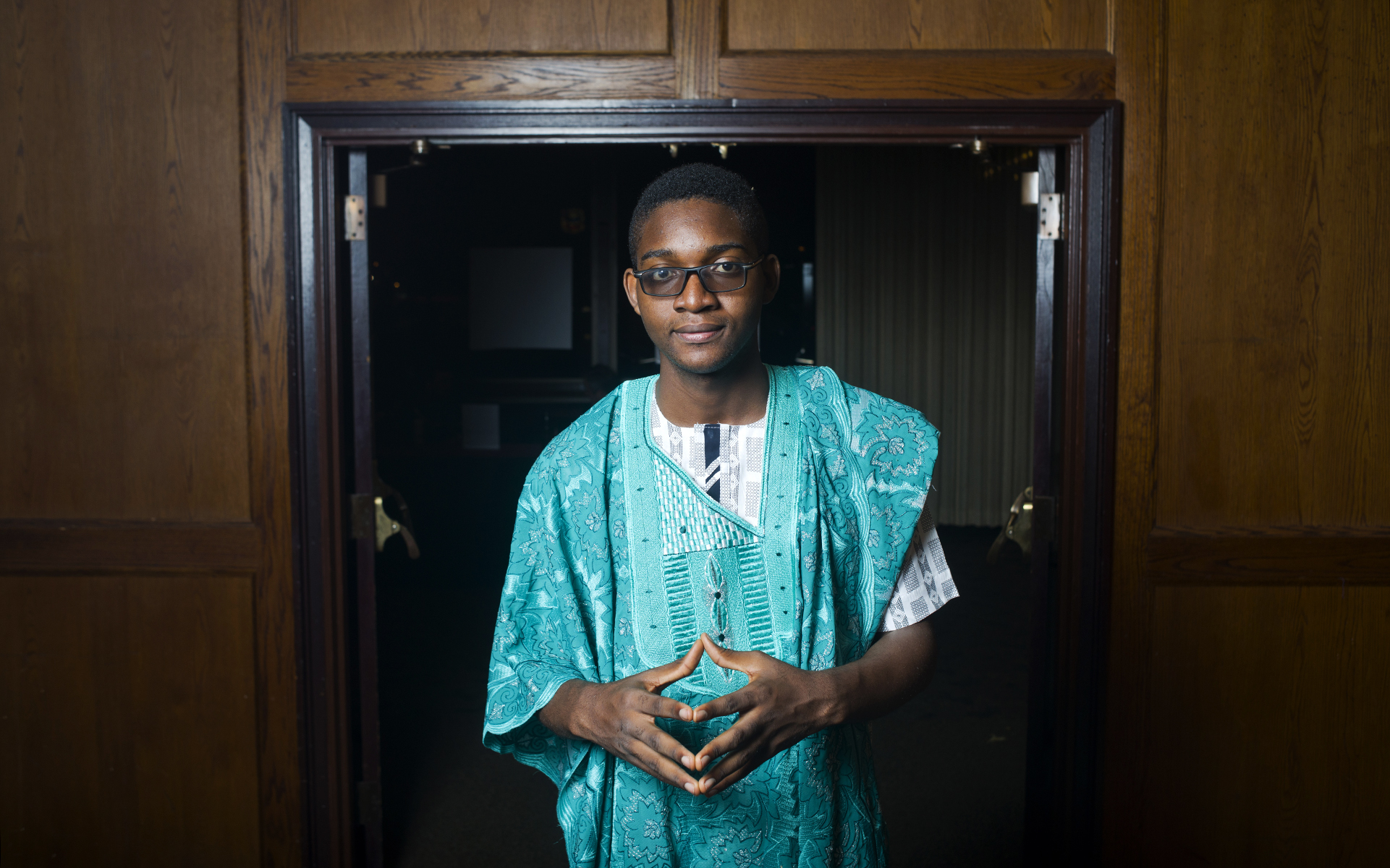 Ibadan, Nigeria: “SSDP has a chapter in Nigeria, which I’m working with. I joined to make sure that we end stigmatization and discrimination of people taking drugs and to end the drug war and reform the government policy. We are trying to reshuffle and make sure our voices are being heard–and also the voices of people that take drugs, and are being jailed and sometimes killed. I want make sure it is legalized and its accepted by the government.” 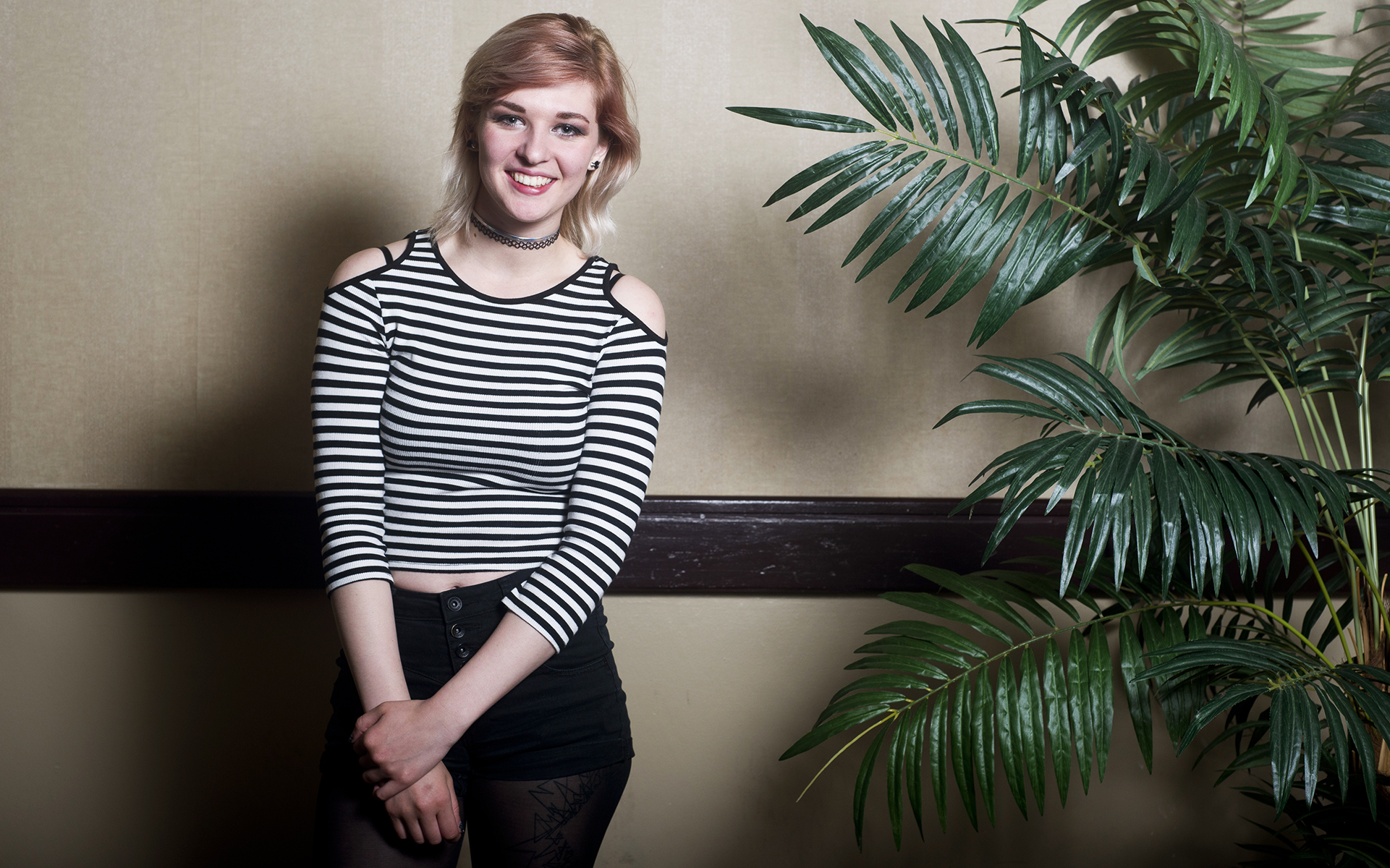 Blacksburg, Virginia: “Originally I was looking for something to get involved with on campus like a club, some sort of extracurricular. I tried rec sports and it wasn’t working out. One of my friends was involved in SSDP, he was always stoked about it. He would come back from conferences and just rave and be like, ‘We need to end the drug war!’ and I was like, ‘Well, I don’t know what that means, but you seem excited about it.’ After he talked about a lot of the work SSDP was doing with legalization, and also medical amnesty, I was really interested in that. With the current political climate, we really want to focus on things that are going to be feasible in this administration.” 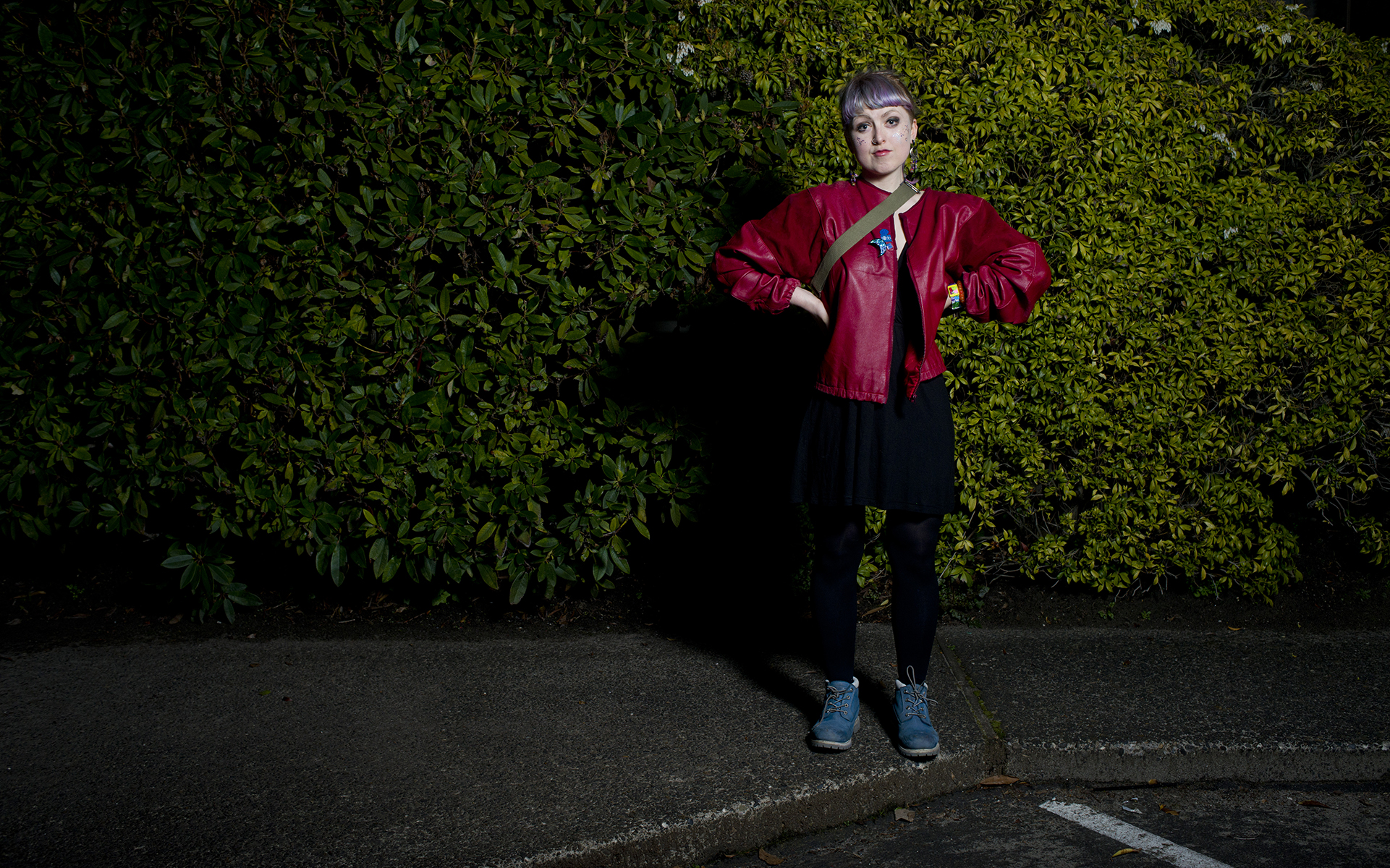 Dublin, Ireland: “I’d been involved in the party scene in Dublin, which is pretty rampant, and I was in my first year of college and I see this dude and he’s got a big afro and he’s got this sign that says ‘SSDP’ and he starts talking to me. He just starts saying a whole bunch of stuff that makes a whole lot of sense. I’d experienced drugs, I had a lot of friends of who had experienced drugs but I never thought it had anything to do with policy or harm reduction and how we were just lucky that some stuff had not happened to us. In Ireland, the party scene is pretty crazy and harm reduction is virtually non existent. I could see the harms of the drug war firsthand. With SSDP, I mostly got involved out of curiosity; from that stemmed a huge passion. It transforms a group of kids in the corner of a classroom who are trying to collect signatures to legalize weed to a full-on reputable global movement. SSDP makes it so easy for activism. It’s like this vehicle that you can drive towards change. I run a chapter now, and I run SSDP Ireland and it’s completely transformed my life. It was my entry into the world of activism and changing shit.” 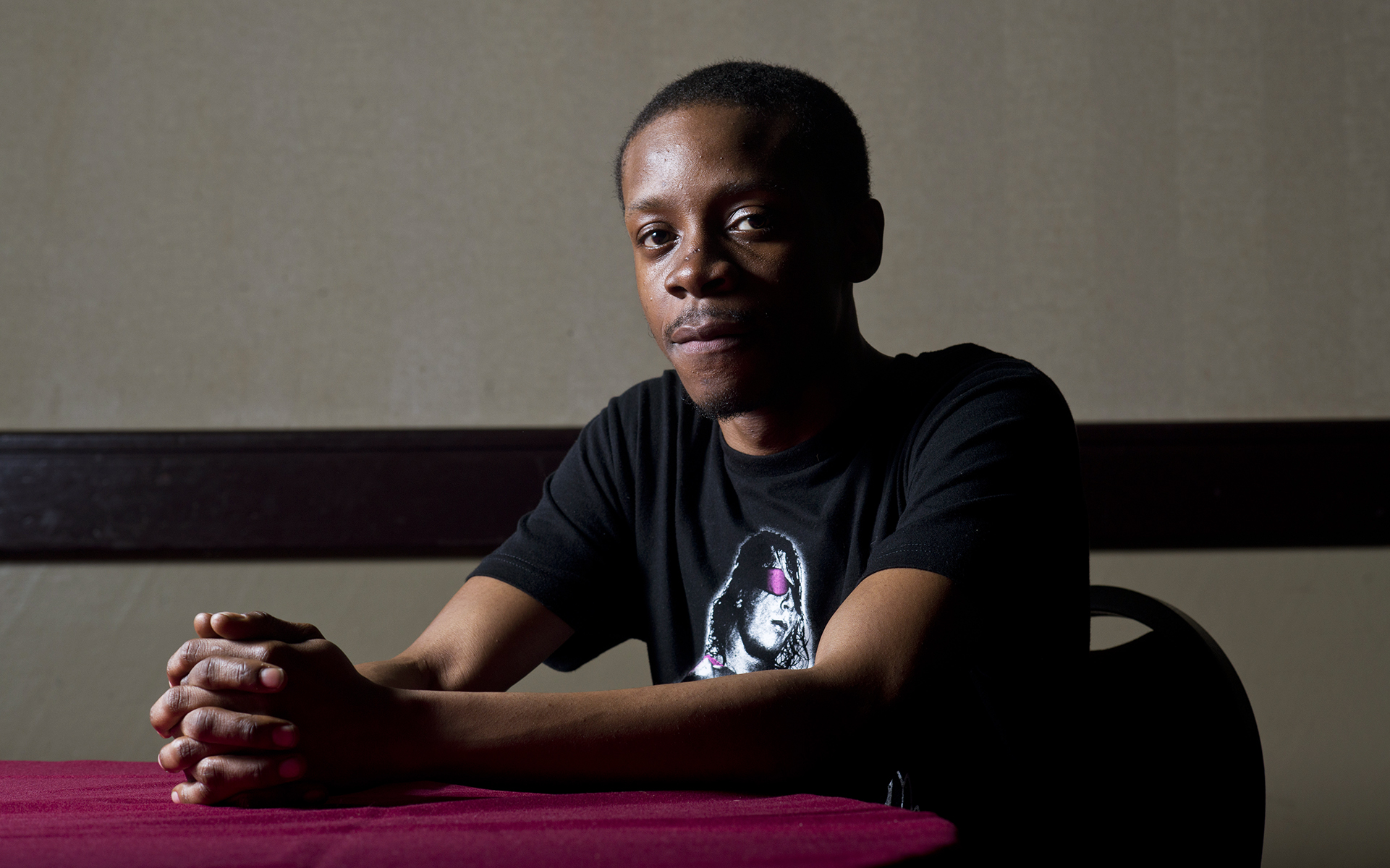 New York, New York: “I was always interested the history of drugs and the history of drug addiction. Being African-American in America, I definitely felt like it was my job–I see drug policy augmented in other things I want to talk about, race relations and its role in the drug war, things of that nature. I felt like I was propelled and given this option because I’m a young black male in America. A lot of the research we’ve done is being harangued or misinterpreted, so we work to bring the facts to the surface. People are going to deny those facts or try to twist them in their favor, so we work to make sure the gains we’ve made aren’t erased.” 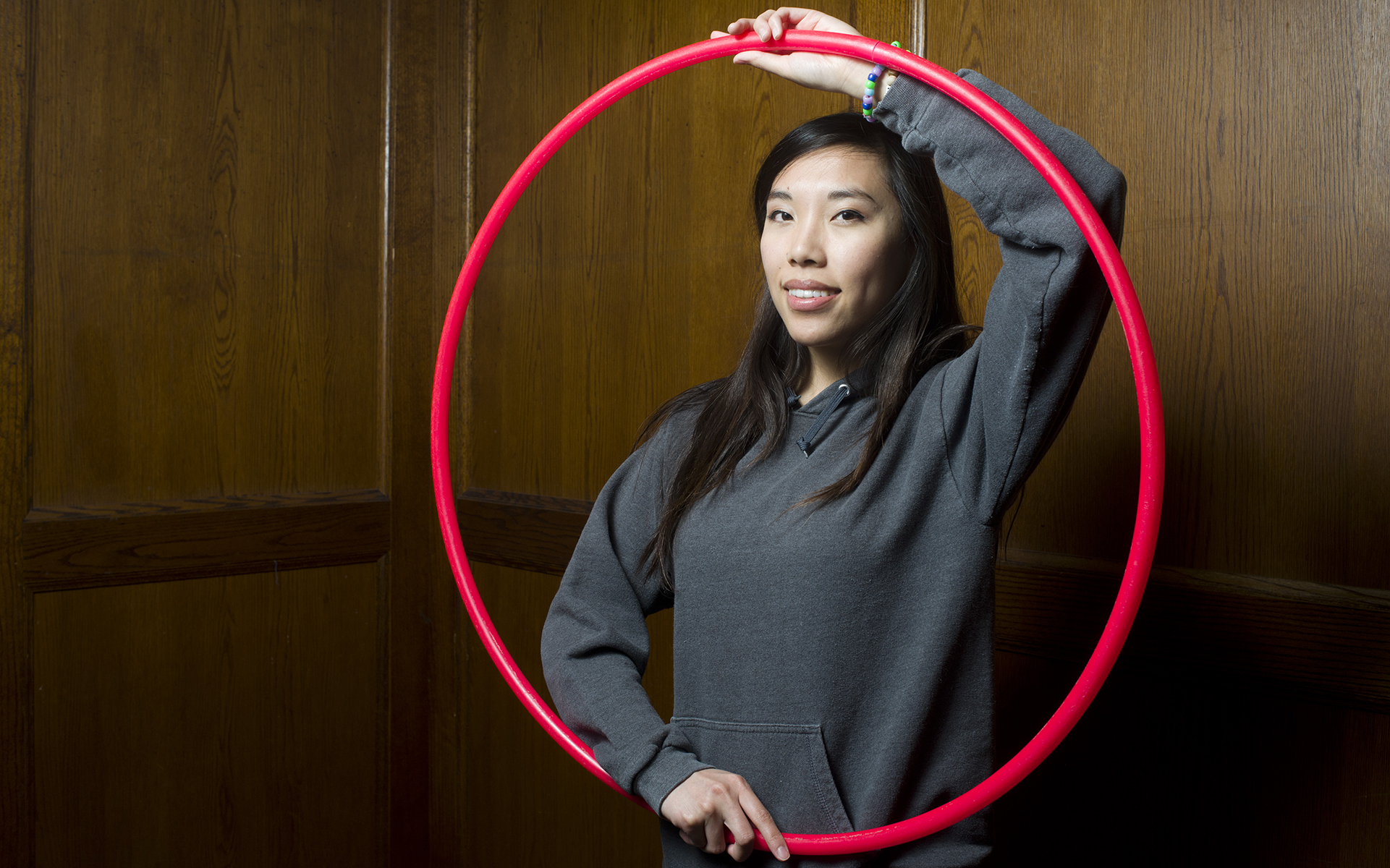 Davis, California: “I’ve always been interested in harm reduction. When I transferred to to Davis, the SSDP chapter there was holding a music event and I just walked up to them and asked ‘What do you do?’ and I really liked their stance on educating people so then I joined!” 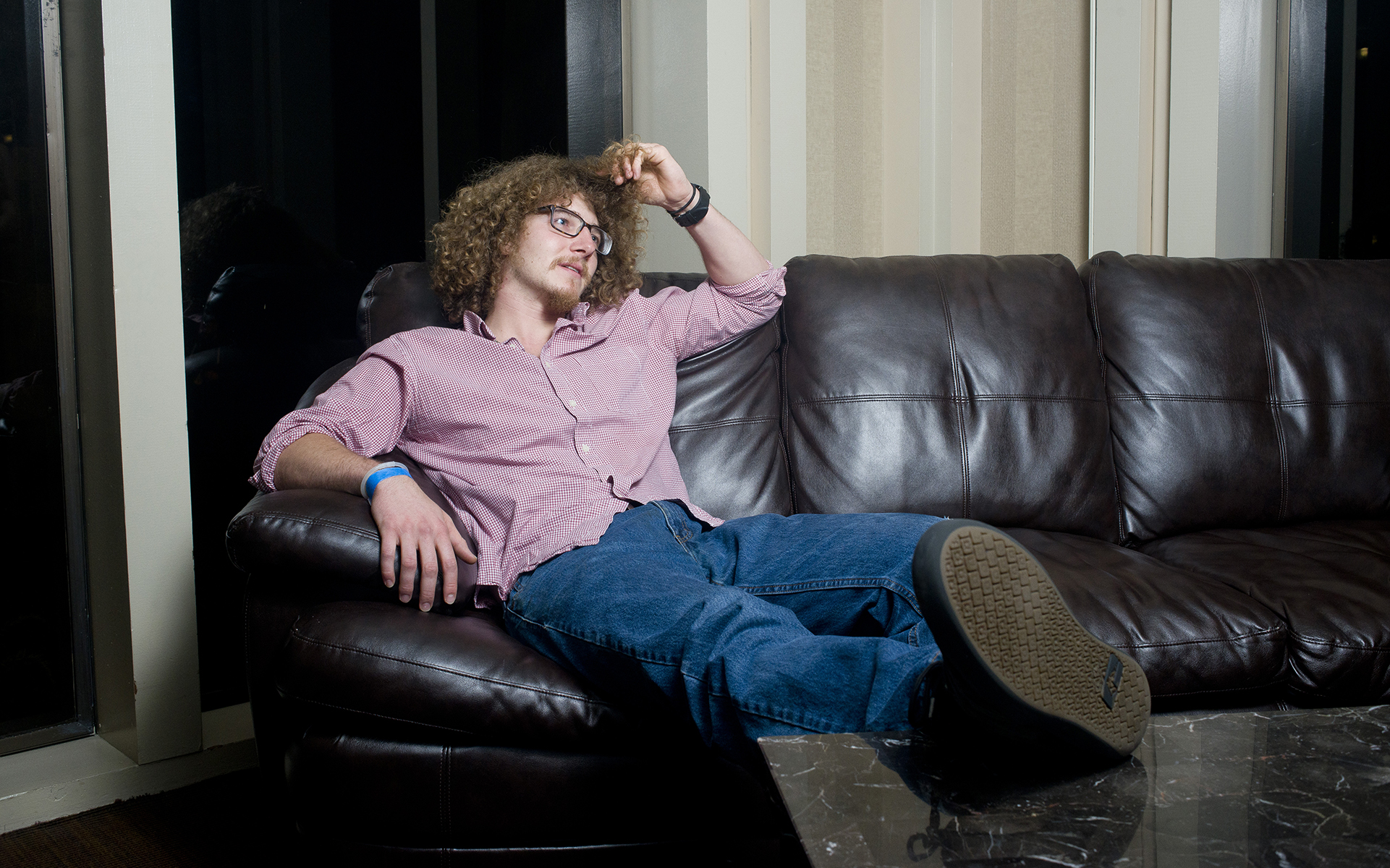 Boulder, Colorado: “I was living in Nacogdoches, Texas, going to a university called Stephen F. Austin, and it was a very suppressive place. Smoking weed and being around people who smoke down there is sort of a strange and different experience. I moved to Boulder and heard about a lot of interesting things going on in Colorado, like MDMA research. The fact that weed was legal, it influenced my decision to move, and I joined SSDP because I knew about it before I came here. I really liked what they were doing, I cared a lot about it, I thought it was an important issue. I thought it was something that could actually make a difference.” 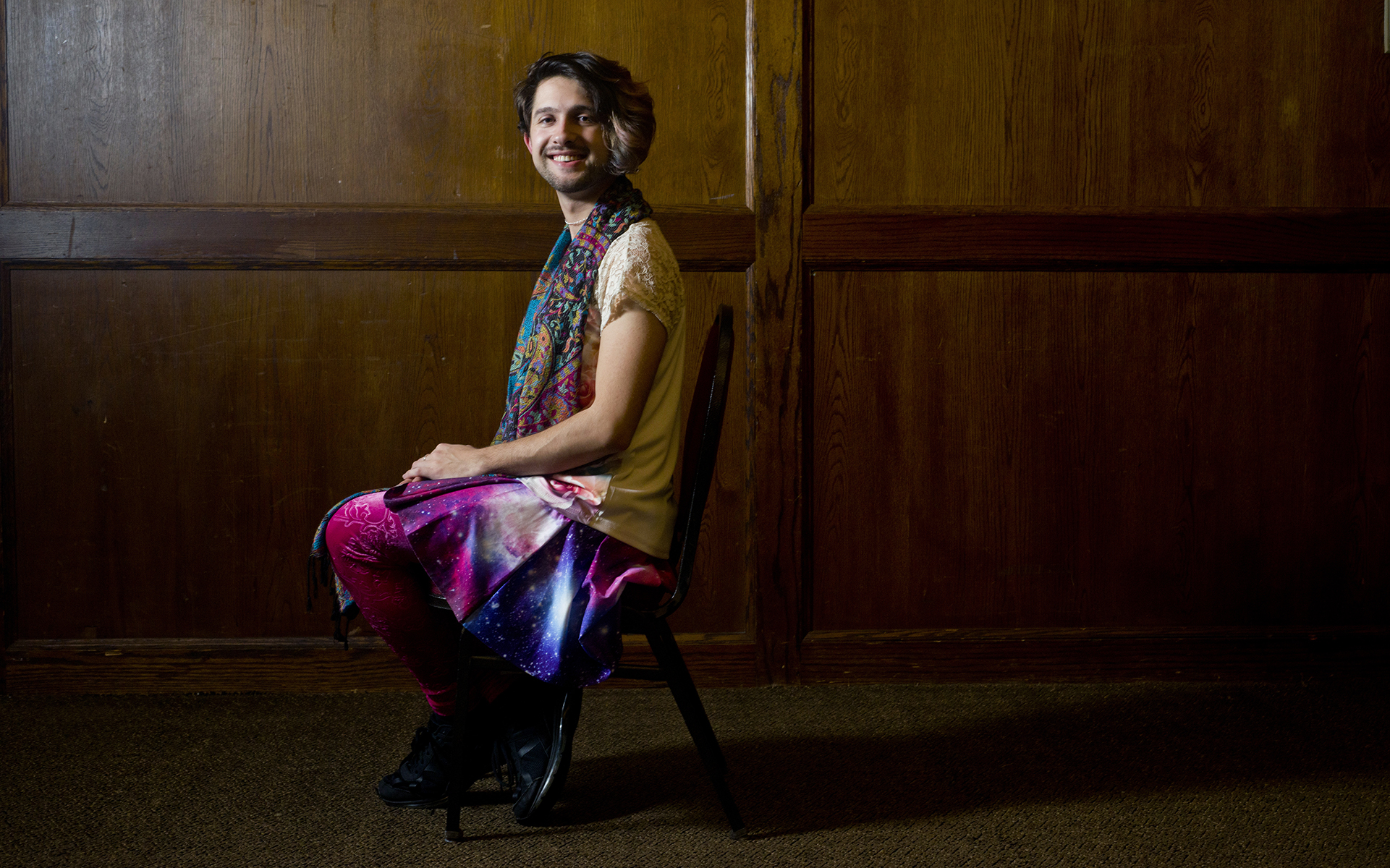 Storrs, Connecticut: “I actually got involved through a friend that I met volunteering for another organization. She was like, ‘Hey, so I know you like weed and I know you like learning about new things so  you should come to our meetings,’ and I started going. Within a year I was in charge of public relations for the chapter. The biggest thing we’re working on this year is there are five bills being put forward in our state legislature that deal with cannabis legalization. We will be very vocal every step of the way to make sure that the things we want to see in the bill end up in the bill. In five years, if things continue increasing at the rate they have been, I fully anticipate it being legally federally at that point.” 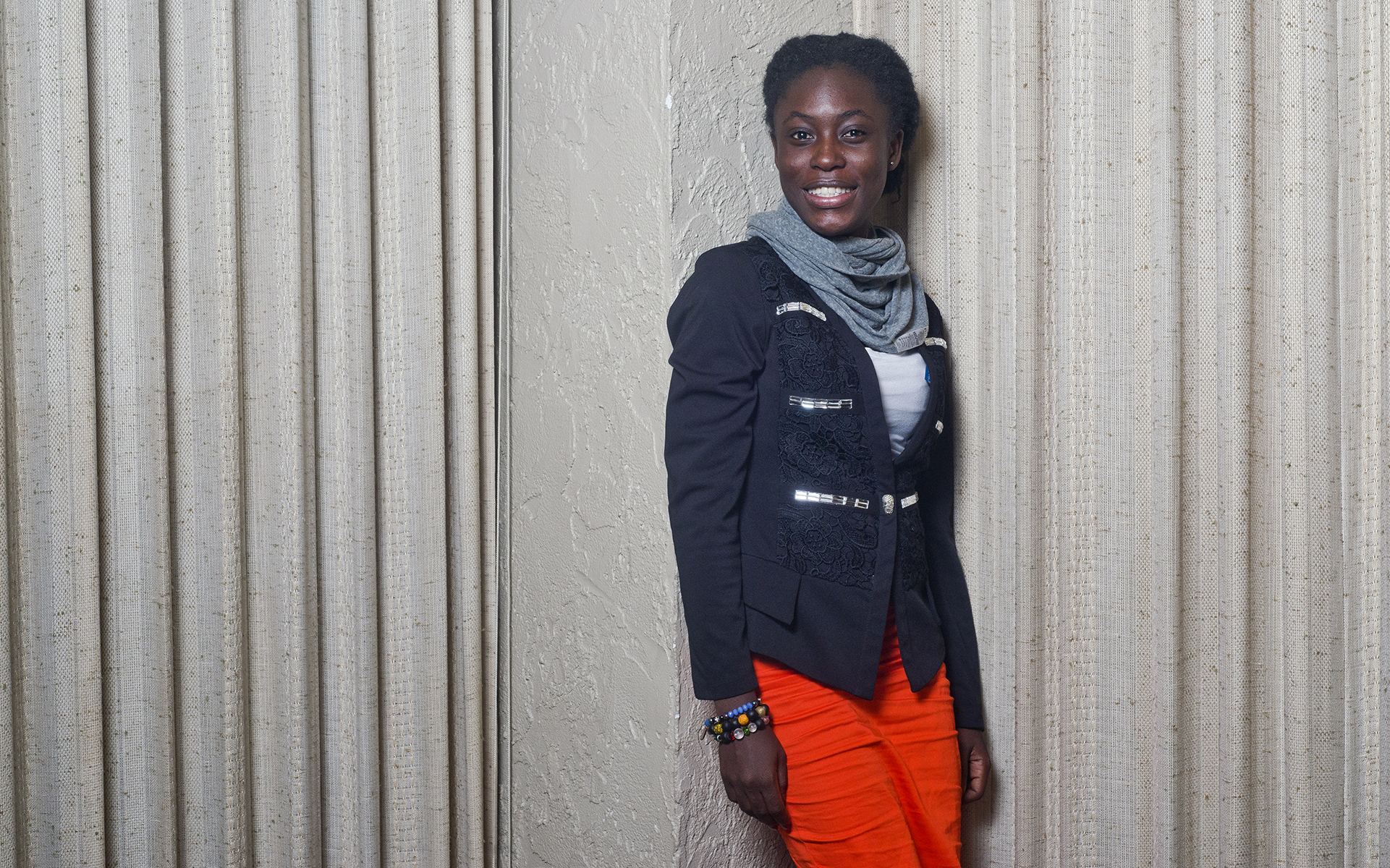 Accra, Ghana: “I was part of a West African drug policy network and it felt like there was no youth voice in Ghana, no youth inclusion in whatever we did. I was talking to a couple friends about how we could get youth inclusion on board, and I happened to see SSDP online and I took interest in it. My favorite color is blue, by the way, so when I saw the blue I got attracted to it. I saw all the amazing things young people were doing and I was like, ‘Okay, how about we have a chapter of SSDP in Ghana, so we can have a youth voice in Ghana?’ So I sent mail to them, and I was impressed to receive feedback from them as soon as possible, and we discussed how we could form a chapter in Ghana. It’s been pretty amazing. I never thought it was going to come out great, but I’m so happy that SSDP Ghana has become something great–more than I ever dreamed of. I’m looking to grow SSDP not only in Ghana but outside Ghana, into not only a West African presence, but an African presence.” 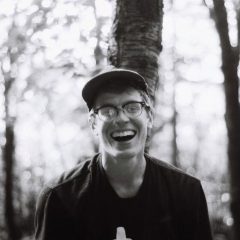 Samuel Wilson is a visual journalist based in Portland, Oregon, but sometimes found in Montana or Alaska. His work has appeared in ESPN, Deutsche Presse-Agentur, AARP, The Denver Post, Rock and Ice, and other publications. His photographs and videos have been recognized by the Hearst Journalism Awards Program, the Society of Professional Journalists, the National Press Photographers Association, and Gannett. He is inspired by questions and the pursuit of answers. 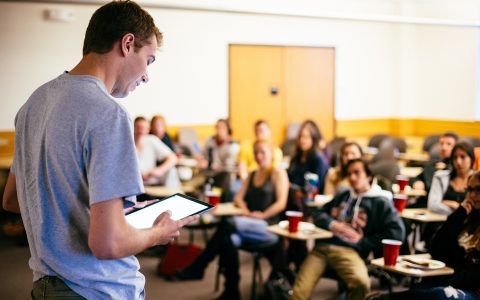 Politics
What Does a College “Psychedelic Club" Look Like? 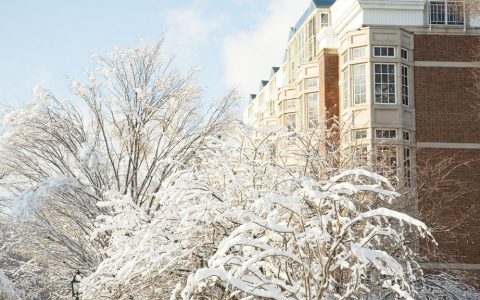 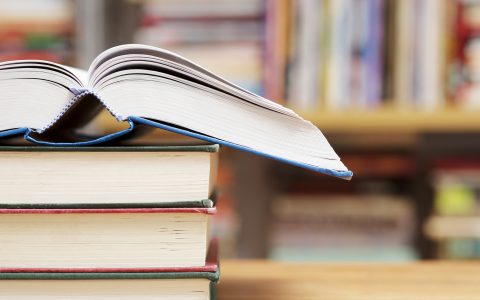 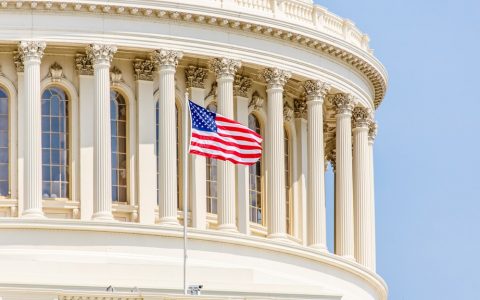