The Famous Brooklyn Bridge at Sunrise, New York City, USA. The sun is rising over Brooklyn on this beautiful day of Autumn
Two years ago, New York Mayor Bill de Blasio announced that the city’s police officers would no longer arrest people who possessed less than 25 grams of cannabis in public. The move, de Blasio declared, “will certainly be good for New Yorkers of color, and particularly young people of color. I think you will see fewer unnecessary arrests.”

State and city arrest data, reported first by Politico, shows that the charges recorded were for cannabis possession in the 5th degree, a class B misdemeanor, including two sections: 1) cannabis that is open to public view or being burned, or 2) possession of more than 25 grams of cannabis. In 2016, 17,406 arrests, or 96 percent of the 18,136 total arrests were for subsection one violations.

These figures reflect a nationwide disparity in marijuana arrests, despite a study from the American Civil Liberties Union showing that white and black Americans use cannabis at virtually the same rate.

According to data from the New York State Division of Criminal Justice Services, New York City now tops all other cities in the state for greatest racial disparity in arrests – black New Yorkers are more than 13 times as likely to be arrested for cannabis than their white counterparts.

Additionally, once arrested, people of color continue to face significant disadvantages in the New York court system. Last year the Police Reform Organizing Project, a local watchdog group, reported that 27 percent of black defendants arrested for cannabis were convicted and sentenced, while white defendants facing the same charges were only convicted 12 percent of the time.

A similar pattern is unfolding in other cities: Fewer overall arrests, but a continuation of racial disparities. Washington, DC, used to have one of the highest racial disparities for cannabis arrests before the district legalized – black people were eight times as likely to be arrested for cannabis possession than white residents. Legalization caused arrests to plummet by 85 percent from 2014 to 2015, but racial disparities still exist. Though black residents make up just half of the DC population, they still comprise 91 percent of marijuana arrests.

Governor Andrew Cuomo recently announced his commitment to addressing these concerns in his State of the State report. One of his major goals for 2017 is to decriminalize cannabis possession and close the loophole for possession “in public view,” which has plagued the NYPD. “Governor Cuomo will advance legislation amending the State’s marijuana drug laws by removing the criminal penalties that too often result in the over-prosecution and jailing of non-violent individuals.” The policy change was proposed to reduce the costs of cannabis arrests for law enforcement, which amount to $75 million annually in New York City alone. 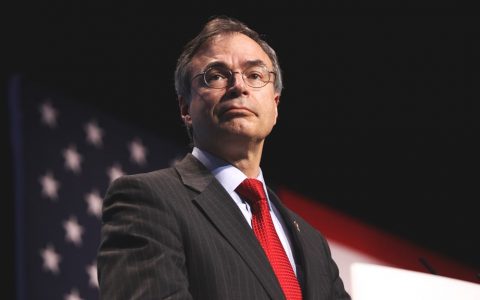 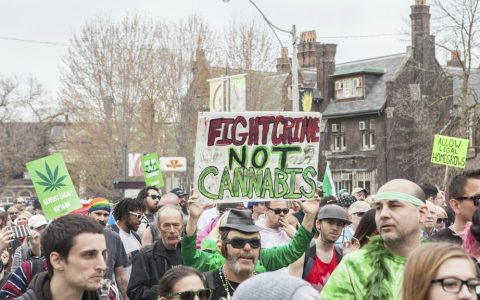 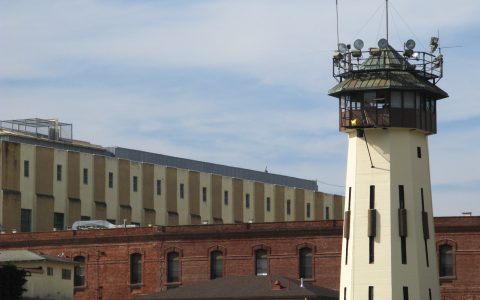 Yes, People Still Go to Jail for Cannabis in California