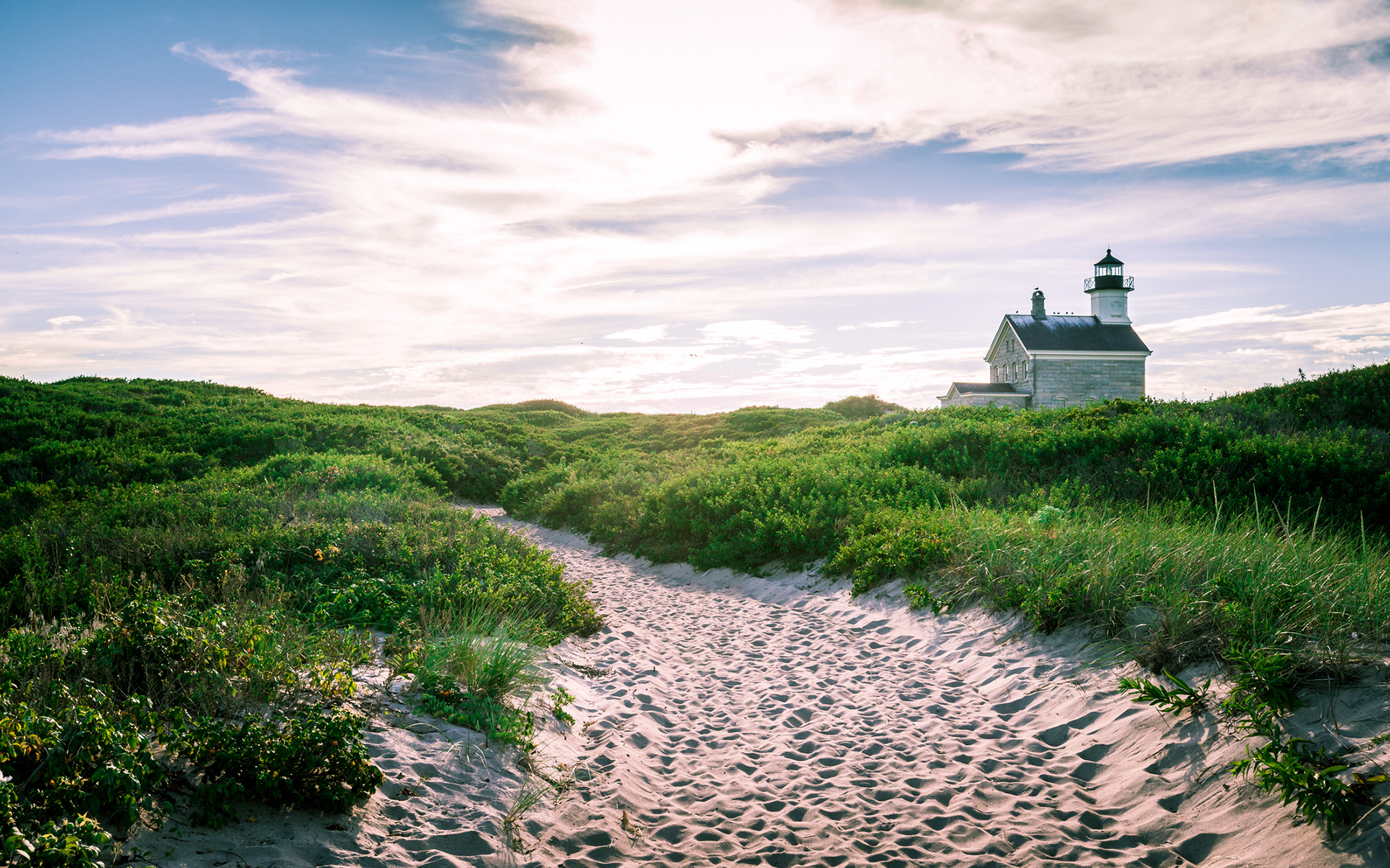 North Lighthouse on Block Island. Rhode Island, USA
State of the Leaf is Leafly’s weekly roundup of legalization news from around the nation and the world.

Will Connecticut become the next state to end prohibition? Maybe. A legislative hearing in Hartford to tax-and-regulate is the latest sign of momentum in New England.

The corresponding Senate bill comes with a twist however. In addition to expanding Georgia’s registry to incude more ailments, Senate Bill 16, sponsored by Senator Ben Watson (R-Savannah) would arbitrarily reduce THC levels from an already low 5% to 3%. The Senate approved their stingier bill after a brief debate.

“We are working to find a resolution,” Peake said, referring to the disparity between the two versions for the bill.

Sadly, Rep. Peake’s bill to put a home-cultivation measure on Georgia’s ballot continues to languish in a sort of legislative no-man’s land. That bill (House Resolution 36) has not gotten a hearing. With this year’s legislative season ending on March 30th, the bill’s prospects are not looking good.

Cannabis is legal in Maine for medical and adult recreational consumption. Until recently it’s been a cash-only businesses. That may soon change in Maine. One Maine legislator wants health insurance plans to cover medical cannabis.

Newly introduced legislation, LD 1064, sponsored by Benjamin Collins (D-Portland) “requires health insurance carriers to provide coverage for marijuana for medical use for a health plan enrollee who has received certification for the medical use of marijuana from an authorized medical provider.”

This Maine bill comes on the heels of a New Jersey court ruling in which a judge ordered an insurance carrier to reimburse a policyholder’s medical cannabis expenses, suggesting a possible trend.

In the meantime, Maine’s largest dispensary is now offering a cashless debit option for medical cannabis purchases, the second in the state to do so. It’s another baby step toward a frictionless, mainstreamed cannabis economy.

“Being able to offer an alternative payment method to cash legitimizes our company,” Patricia Rosi, Wellness Connection of Maine CEO told Leafly. “And most importantly, it offers increased convenience and safety for our patients and our staff. Wellness Connection is proud of meeting the high level of compliance required by our banking partner and Canpay for this new secure way of payment.”

On the one hand, nothing confers legitimacy like taxes. If they tax-and-regulate something then it must be real, right? But on the other hand, taxing medicine is bad policy. That’s why we don’t tax insulin. Or Viagra.

A week after voting to decriminalize cannabis in New Hampshire, legislators in the Concord state house might soon include an additional chronic pain condition—Ehlers-Danlos syndrome, a connective tissue disorder that causes excruciating pain—in the state’s medical marijuana program. The bipartisan duo sponsoring the bill cited the state’s opioid addiction crisis as a reason to explore healthier chronic pain treatments like cannabis.

Should New Mexico allow the use of medical cannabis to treat opiate addiction? State Rep. Nate Gentry (R-Albuquerque) thinks so. He recently introduced a bill with that goal in mind.

The application deadline for grower, processor, and dispensary licenses in Pennsylvania passed this week.

“We’ll evaluate the applications themselves, then issue permits,” Gov. Tom Wolfe’s office spokesperson told Leafly. “The next step is the application process for labs to test for purity and quality control. Pennsylvania is unique for its transparency. Our regulatory process is transparent, as it should be.”

What about the timeline for patients to get their meds? Hard to say.

“When Governor Wolfe signed Pennsylvania’s medical marijuana law in April of last year,” the spokesperson added, “he said it would be an 18 to 24 month process. We remain on target.”

“We’re on the same page,” State Sen. Mike Folmer (R-Lebanon) told Leafly. “We couldn’t ask for better collaborators than the Governor and his Department of Health. Our goal remains to deliver quality medicine to patients as safely and quickly as possible. Fear will abate and people will see the exciting research opportunities because we’re just scratching the surface.”

But what about Jeff Session, the US attorney general with a notoriously dim view of cannabis?

“Look, this is a freedom issue about states rights,” Sen. Folmer told Leafly. “And I’ll be on the front lines defending the rights of medical marijuana users in my state.”

It’s been eight long years since the Rhode Island General Assembly passed medical cannabis legislation over the veto pen of then-Gov. Donald Carcieri. And yet, astonishingly, the state’s medical marijuana Legislative Oversight Commission has yet to hold its first meeting. That ridiculous delay, rife with palace intrigue, is scheduled to end next week when the commission gavels in for the very first time. After eight years. Let that sink in for a moment.

“Rhode Island has a chance to get a foothold in an emerging regional economy by legalizing and regulating marijuana this year,” Regulate Rhode Island https://www.regulateri.com  leader Jared Moffat told Leafly. “We know that regulation is working in other states, so this would be a victory from a public policy perspective as well as an economic one.”

Advocates in Utah are gearing up to place a medical cannabis referendum on the ballot. The multimillion dollar effort is a reaction to the failure of repeated efforts in the state house.

“We are really, honestly answering a demand,” Christine Stenquist of Together for Responsible Use and Cannabis Education (TRUCE) told local media. “The legislators have failed, so the people are taking this up. This is a movement by the people, for the people, without a doubt.”

A bill (H-170) to end prohibition was on the agenda this week in the Montpelier state house. And then suddenly, it wasn’t. Is the move to legalize recreational cannabis stalling in VT? It is, if former Congressman/zealous prohibitionist Patrick Kennedy has his way. Kennedy personally lobbied to nix progress on the Vermont bill.

Despite a new democratic governor who’s open to progress, medical cannabis reform remains unlikely in the Mountaineer State. How bad is it?

“It’s awful,” Matt Simon of MPP told Leafly. “House Speaker Tim Armstead refuses to allow medical cannabis bills to be considered, and for that reason alone it has been next to impossible for advocates to make progress in Charleston.”

This, despite another medical cannabis bill, HB-3035, recently introduced in the House to do just that.

“As long as the House of Delegates is led by a powerful anti-marijuana Speaker, it’s a hard ‘no’ on reform”

Undaunted, two West Virginia state senators this week filed a resolution to amend the state’s constitution to permit medical cannabis use. It’s an extremely long shot, but as one legislator pointed out, just having the long-overdue discussion was a sign of progress.

“It was great to have the debate — that was step one,” Delegate Shawn Fluharty (D-Wheeling) said.

Citing the costs of 80,000 annual drug-related arrests in Australia, a coalition of legal and law enforcement types has proposed decriminalizing drug use in Australia.

Does Israel lead the pack in cannabis research? Sure looks that way. So what makes Israel a world-beater? “Israel boasts by far the most progressive regulatory environment for medical cannabis use worldwide,” says the CEO of BOL Pharma, which supplies cannabinoid products to the pharma and biotech industry. That’ll do it, eh?

Fun fact: we call it cannabis. Kenyans commonly call it bhang. Cannabis is not legal in Kenya, but a panel heard testimony to remove it from Kenya’s Narcotic Drugs and Psychotropic Substances Act of 1994.