Fed Study Shows Teen Use Declines, but Is the Data Any Good? 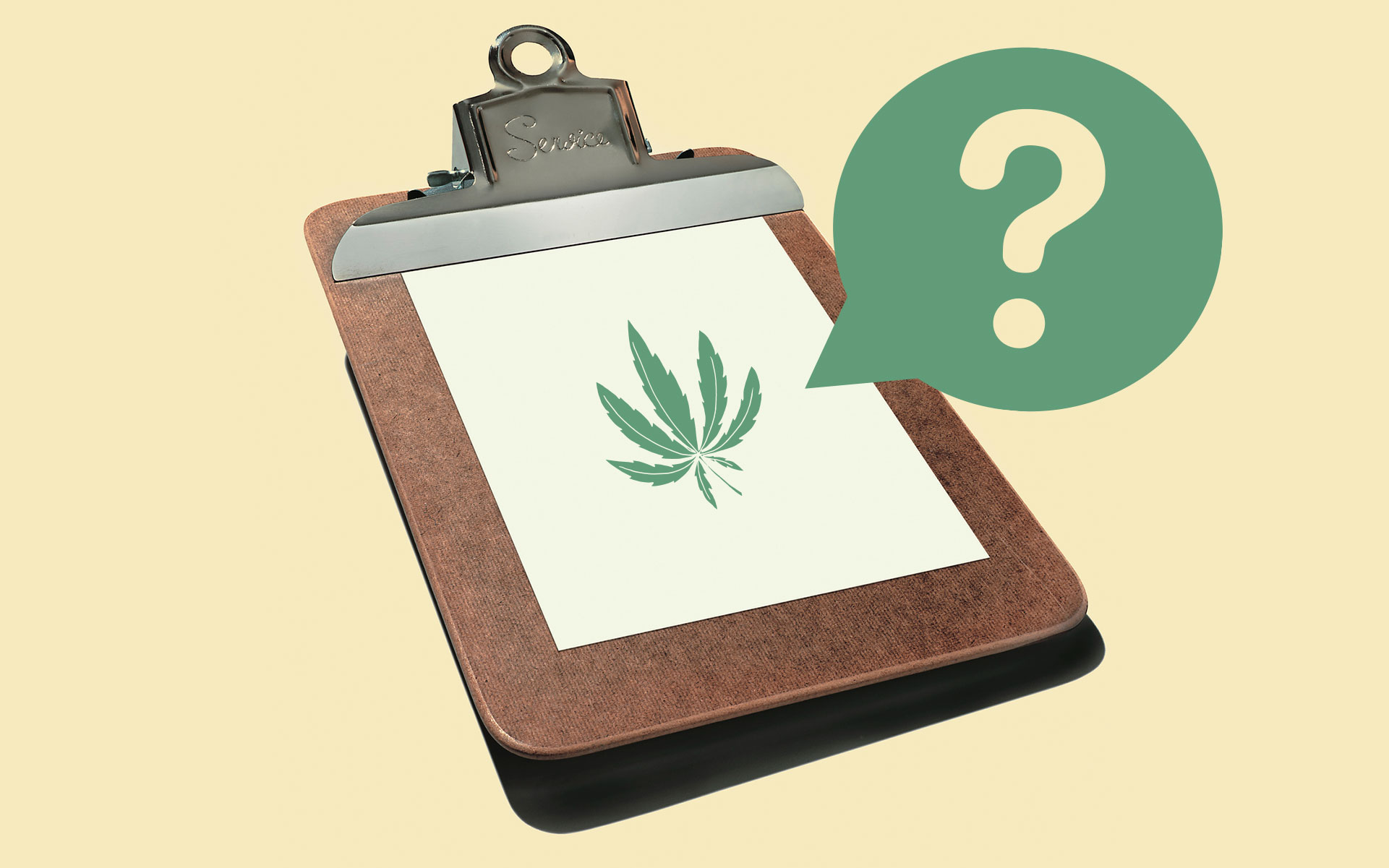 The latest SAMHSA survey finds adult cannabis use up, teen use down. But the study's methodology raises questions about who, exactly, the federal government is surveying. (Iuliia Kanivets, CSA-Printstock/iStock)
Since the advent of adult-use legalization, more adults are consuming cannabis while teen use has declined.

Fewer young adults are abusing heroin and other substances. But who's this study surveying, exactly?

That’s the top-line takeaway from the latest SAMHSA survey, an important annual study by the federal government that looks at the use of alcohol, tobacco, cannabis, and other drugs among Americans 12 years and older. The Substance Abuse and Mental Health Services Administration (SAMHSA), an agency of the Department of Health and Human Services, released this year’s report yesterday. 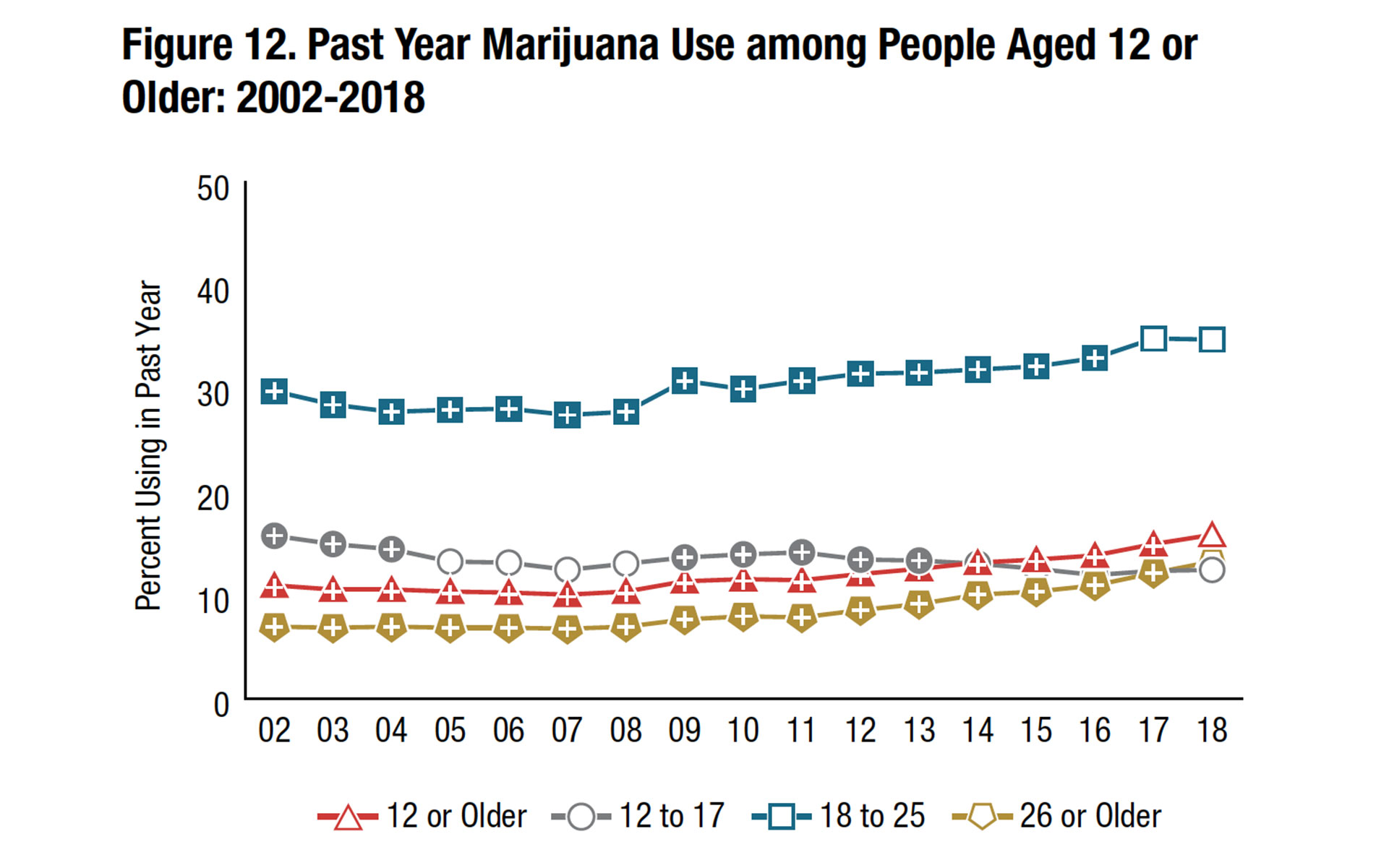 Adult Cannabis Use Up, Teen Use Down

According to the SAMHSA data, 13.3% of adults age 26 and older consumed cannabis at least once in the previous year. That’s an increase of nearly 3% from 2015, and comes close to doubling the 2002 rate, which was 7%.

The SAMHSA study has become an institution in mental health and drug policy circles since its inception in 2002. It’s often relied on for baseline data on mental health and substance abuse. And it can reveal alarming trends. Diagnoses of mental health issues among young adults age 18 to 25, for instance, have increased 35% in the past five years. That could be an indication that young adults are experiencing greater distress, or are more apt to seek help from a medical professional, or both.

This year’s data came from face-to-face interviews conducted with more than 67,000 Americans. But the study also comes with limitations—and those have become glaring in the past few years, as the United States has suffered through a deadly opioid addiction and overdose death crisis.

The SAMHSA study only started tracking prescription opioid misuse in 2015. The agency’s data claims a marked decline in misuse among young adults (age 18 to 25) from 2015 to 2018, and an overall 21% decline in misuse among all respondents 12 years and older. That’s good news, if true. Yet during that same time period, national drug overdose deaths due to opioids increased 44%. (And that’s just 2015 to 2017.)

Similarly, SAMSHA data show a fairly stable trend regarding heroin use over the past 10 years. At the same time, data from the Centers for Disease Control show that heroin-related overdose deaths increased by more than five times from 2010 to 2017.

I’m not the only one who noticed. Sheila Vakharia, deputy director of the Drug Policy Alliance’s department of research and academic engagement, pointed out one of the glaring omissions in the SAMHSA study: fentanyl. “Although there are slight variations in stimulant and opioid use trends, it is difficult to draw too many conclusions about them more broadly,” Vakharia said. “This is mainly because the data does not account for fentanyl—which is the opioid currently driving overdose deaths.”

SAMHSA data also excludes homeless people and those who are incarcerated or hospitalized, Vakharia added. Those are populations of people who use opioids at higher rates than the general population, and are disproportionately impacted by the overdose crisis.

Survey of Homeowners With Free Time

As with any study, context matters. The SAMHSA data consists of self-reported information. Letters are sent to sampled households, followed by an in-person visit from a field interviewer. The interviewer then asks questions of each person age 12 or older, individually, in a private area in the home. The survey includes questions about immigration, school enrollment, and employment in addition to mental health and drug use. Each respondent is given $30 for their time.

Answering the survey meant inviting a federal official into your home and divulging your illegal drug use.

In other words, the SAMHSA data is produced by a pool of people who (a) have a home; (b) are comfortable hosting a federal official in their home for at least one hour and possibly several; (c) have a secondary room tidy enough to use for a private interview; (d) have hours to give to the government; and (e) have at least some of the family at home at the same time.

That’s asking a lot. Now add in the current climate around immigration, and the fact that ICE officials are arresting people who show up for court dates, hospital visits, and other seemingly innocuous events.

On top of that, consider the fact that it’s still outrageously common for county and state officials to remove children from any home in which illegal drug use occurs. Federal immigration officials are also actively deporting people for the most minor cannabis offense, which may have occurred many years ago.

Now: Are you really going to invite the federal government into your kitchen and confirm your past-year use of cannabis and illicit opioids? Yes, respondents are assured that their answers will remain strictly confidential. The government also assured young unauthorized immigrants when it asked them to register with the DACA (Deferred Action for Childhood Arrivals) program, too. That didn’t work out so well.