Legal Cannabis in Manitoba: What You Should Know 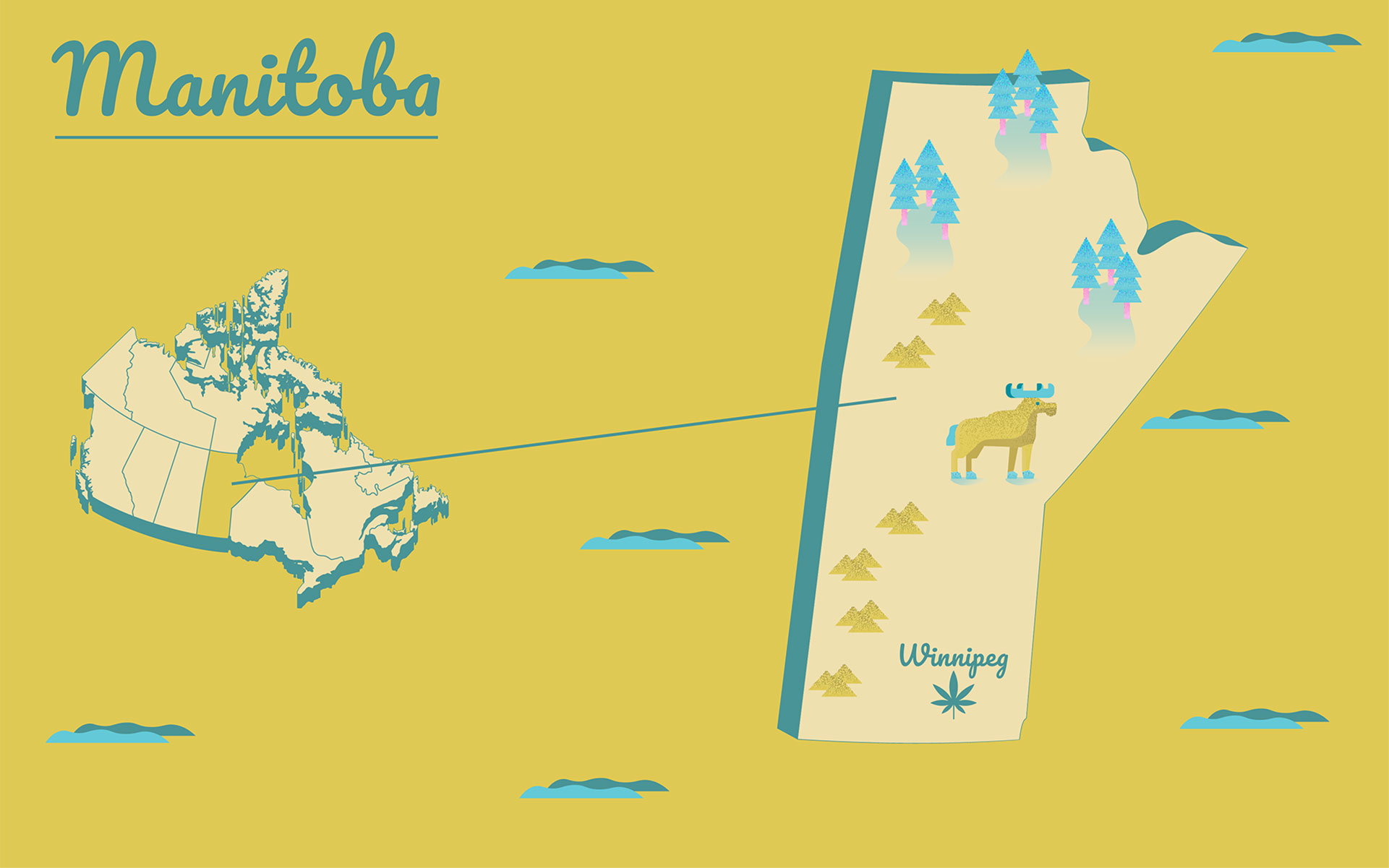 Cannabis will be sold in privately-owned stores starting October 17, 2018. Those stores will also be able to sell cannabis products through an online store to those 19 years of age or older.

Each province sets its own legal age, as with alcohol. In Manitoba, the minimum age for purchase and possession is 19.

What Can I Buy in Manitoba?

Private stores will be allowed to sell a range of dried cannabis (aka flower or buds), pre-rolls, cannabis oils, capsules, and seeds for home growing, from 15 licensed producers. Edibles are not yet allowed, but are expected to enter the market nationwide in October 2019.

Will Manitoba Stores Be Open on Oct. 17?

Yes. Private-run cannabis retail stores will be permitted to open October 17, 2018, with at least a few (as many as four?) of the stores saying they will be ready to open that day.

All About Manitoba Online Sales

Online sales of cannabis products will be undertaken by the companies that were licensed by the province of Manitoba to open up brick-and-mortar retail stores.

Those 19 and up can possess up to one ounce (30 grams) of dried cannabis in public.

Cannabis transported in a motor vehicle must be in a sealed package or inaccessible to vehicle occupants. In legal U.S. states, this has translated into a simple guidance: Keep it in the trunk.

Each customer is limited to the federal possession limit, which is 30 grams of dried cannabis, 30 cannabis seeds, or an equivalent amount of cannabis oil.

Can My Kids Enter the Store with Me?

Some retail cannabis stores in Manitoba will operate through an age-restricted license that would bar those under 19 from entering. There will be other locations operating through a controlled-access license where packages and labels are stored behind a counter (to comply with federal laws) but where youth will have access to.

While elsewhere in Canada the production of to four plants per household is permitted by federal law, the province of Manitoba has prohibited the cultivation of cannabis. Womp, womp.

Can you transport cannabis from one province to another? Yes. But you must abide by the federal public possession limit, which is 30 grams of dried cannabis per person. Important: Do not attempt to transport cannabis across any international border. Cannabis is legal in Washington state, Vermont, Alaska, and Maine, but the border crossing is a federal zone. And cannabis remains federally illegal in the United States.

Can I Fly with Cannabis?

The Cannabis Supply Chain in Manitoba

The provincially-run Manitoba Liquor and Lotteries Corporation will act as the middleman in all cannabis commerce within the province. Private licensed producers (LPs) will deliver their packaged and branded products.

The Safe and Responsible Retailing of Cannabis Act amended The Liquor and Gaming Control Act and The Manitoba Liquor and Lotteries Corporation Act to authorize and regulate the retail sale of cannabis in Manitoba, as soon as federal law permits. Once the act is in place, all businesses selling cannabis in storefronts or online must be provincially licensed.

No Cap on Cannabis Stores in Manitoba

The province is placing no limit on the number of stores, but for now only four companies have been authorized to open them.