Presented By Dr. Dabber December 4, 2015
Share
Share on Twitter   Share on Facebook
Print
This article is sponsored by Dr. Dabber and MiniNail. Created out of necessity but fueled by desire, Dr. Dabber is the originator of the low heat vaporizer pen for concentrates. The future of concentrate vaporization, MiniNail is the creator of the low power, palm-sized, connoisseur-quality e-nail and other products designed for the daily dabber.

Cannabis concentrates offer an amazing combination of potent effects and robust flavors. When concentrates are heated the cannabinoids and terpenes are released into vapor, creating the vast spectrum of effects and flavors that cannabis exhibits. Knowing which temperature to heat your concentrates to, however, is a crucial detail and can be the difference between experiencing delicious flavors and profound effects or tasting the burnt disappointment from temperatures too hot to vaporize effectively.

Why Temperature Matters When Dabbing

So, why is temperature control so important for dabbing? In a single word: terpenes. If you’re unfamiliar with terpenes, they’re the compounds in cannabis that give the plant its unique smell. Although cannabinoids are also extremely sensitive to temperatures, THC and other cannabinoids are odorless, so each strain’s compelling fragrance depends on which terpenes predominate.

Every terpene is unique in the therapeutic benefits it offers and the flavors it produces, and each individual terpene has its own sensitivity to heat, creating unique vaporization points as well. The extraction method used to achieve the oil, shatter, or wax forms of concentrate varieties, as well as the temperature at which you dab or vaporize concentrates, can greatly affect both the flavor profile and the synergy created between the concentrated cannabinoids and terpenes.

To give you an idea of the differences between terpenes, here’s a short list of boiling points for some common terpenes found in cannabis (check out the full infographic for the complete list). 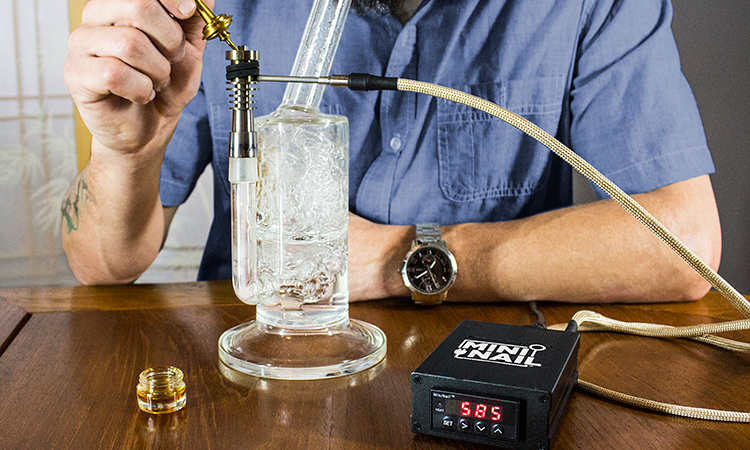 Unless you can monitor and control the temperatures at which you dab, chances are you’re heating your nail above the suitable temperature range. When using a torch to heat up your dabbing surface, typically a titanium nail or a quartz bucket (banger), most dabbers torch the surface for too long. The extended exposure to such high heat can quickly result in temperatures above 1000 degrees Fahrenheit, far too hot to vaporize your concentrates effectively.

At such extreme temperatures the essential oils that combine to produce the psychoactive effects of cannabis are effectively destroyed. By combusting these compounds that are directly responsible for the flavor of marijuana and its concentrated forms, the result is a burnt, unpleasant taste to the vapor. Furthermore, any benefits from the individual terpenes are lost during this process.

Luckily, the emergence of electric nails, or enails, has given concentrate connoisseurs the opportunity to fine-tune their experience much more accurately. The rise of the electric nail is due in large part to the fact that they offer the ability to efficiently maintain the heat at a low temperature that allows you to capture the full flavor and benefits of the terpenes.

Electric nails, like the palm-sized MiniNail, make dabbing concentrates much easier and more precise. You’re able to optimize your experience to the temperature you prefer using MiniNail’s variable heat controller to stabilize the temperature of your dabbing surface. Its digital display in combination with proper calibration allows for consistent temperatures and thus consistent vapor. The stability and control that the MiniNail offers avoids the peaks and valleys of fluctuating temperatures from heating and cooling down your nail. It also maintains fixed to keep you from wasting your dabs as they puddle when your nail is too cold to vaporize.

Can Your Vape Pen Handle the Heat? 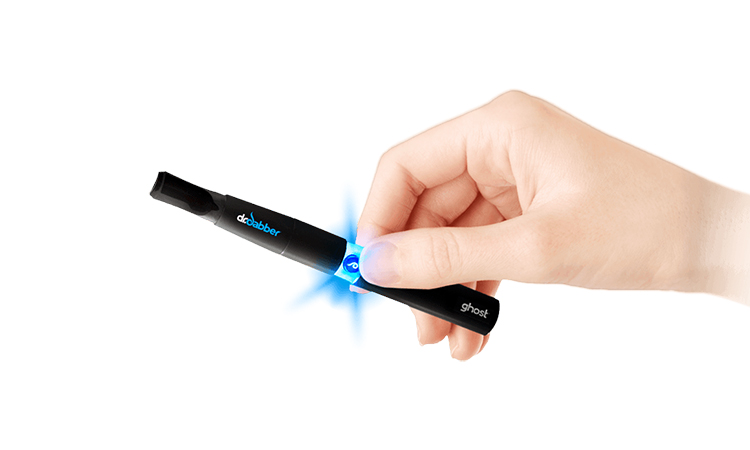 When it comes to how well vaporizer pens can handle the various boiling points of different terpenes, not all devices are created equal. Like torch and nail setups, many vaporizer pens designed for oils and waxes shoot up to over 1000 degrees F within 2-3 seconds, effectively ruining the flavorful experience that concentrates offer.

Because most vaporizer pens hit such high temperatures so quickly, they do not actually vaporize at all. The smoke that is released is exactly that: smoke. When temperatures reach combustion range before the product is properly melted into the wick, any health benefits associated with vaporizing are all but lost.

The concept behind the standard “coil and wick” vaporizer pen is to heat the oil slowly, melting it into the wick which is situated in the middle of the coil. Once the wick is saturated – usually within 3-4 seconds – the coil should reach a reasonable temperature, typically just higher than the boiling point of the terpenes commonly found in marijuana.

As the coil heats up the fibers of the wick to a temperature within the range of boiling points for cannabinoids and terpenes, the oil vaporizes off of the fibers rather than burning it directly off the coil. The whole process should take approximately 7-10 seconds, with the heating source reaching a maximum temperature between 600-700 degrees F.

Essentially, high heat results in reduced efficacy and an unpleasant flavor. A proper heat source for vaporizing with a concentrate pen should reach approximately 700 degrees F at its highest point in order to appropriately heat the wick to the correct temperature.

High resistance, titanium atomizers like that found in Dr. Dabber’s line of portable vape products achieve a lower, more stable temperature for vaporizing cannabis concentrates. They heat up slowly and avoid the burnt, electric taste in your vapor that many atomizers emit.

Now that you’re armed with a deeper understanding of the delicacy of terpenes, their sensitivity to varying temperatures, and the tools available to hone your dabbing experience, you can look forward to maximizing every dab. Devices like the MiniNail when dabbing at home, or Dr. Dabber’s portable concentrate pens when you’re on the go, produce a flavorful combination of cannabinoids and terpenes that offer consumers the ability to get the full benefits of these precious compounds.

Learn more about cannabis terpenes and how they affect you: