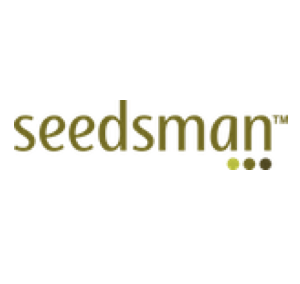 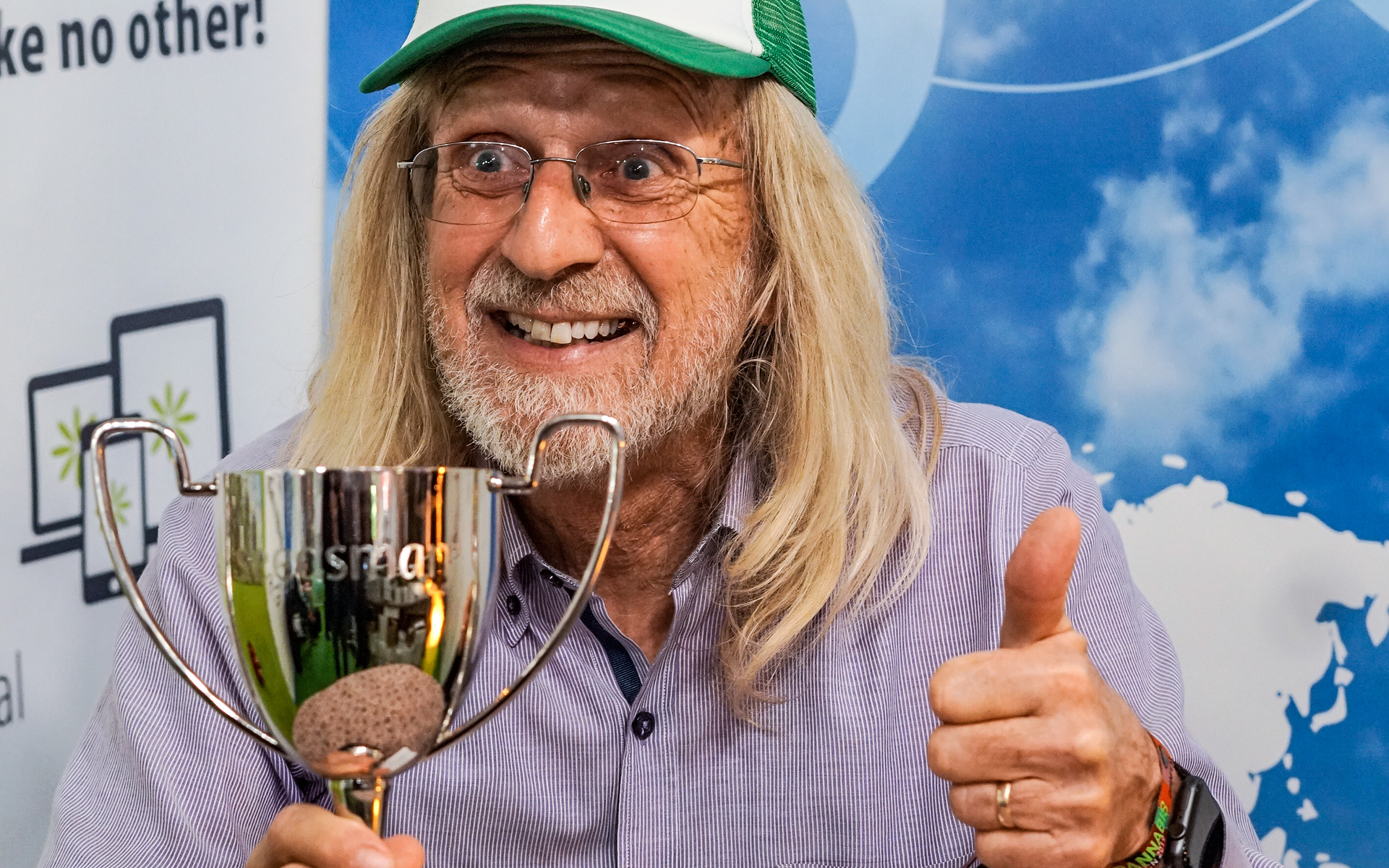 (Courtesy of Jorge Cervantes)
This article is presented by Seedsman, a trusted online seedbank selling cannabis seeds from dozens of breeders online since 2003.

Jorge Cervantes is a legendary figure in cannabis cultivation, the author of industry standards like Indoor Marijuana Horticulture and The Cannabis Encyclopedia. Most recently, he’s turning his talents to judging the PhotoCup, an international cannabis photo contest sponsored by the online seed retailer Seedsman.

Tell us what PhotoCup is and how you got involved?

PhotoCup is a pretty cool cannabis photography contest that’s sponsored by Seedsman. It’s the first time in a while that I’ve seen a photo contest giving away cash prizes, and pretty significant ones—$40,000 all told, spread between several winners. It was nice to see a contest like this with more at stake than just bragging rights, so when they asked me if I wanted to be a judge, I was happy to be involved. 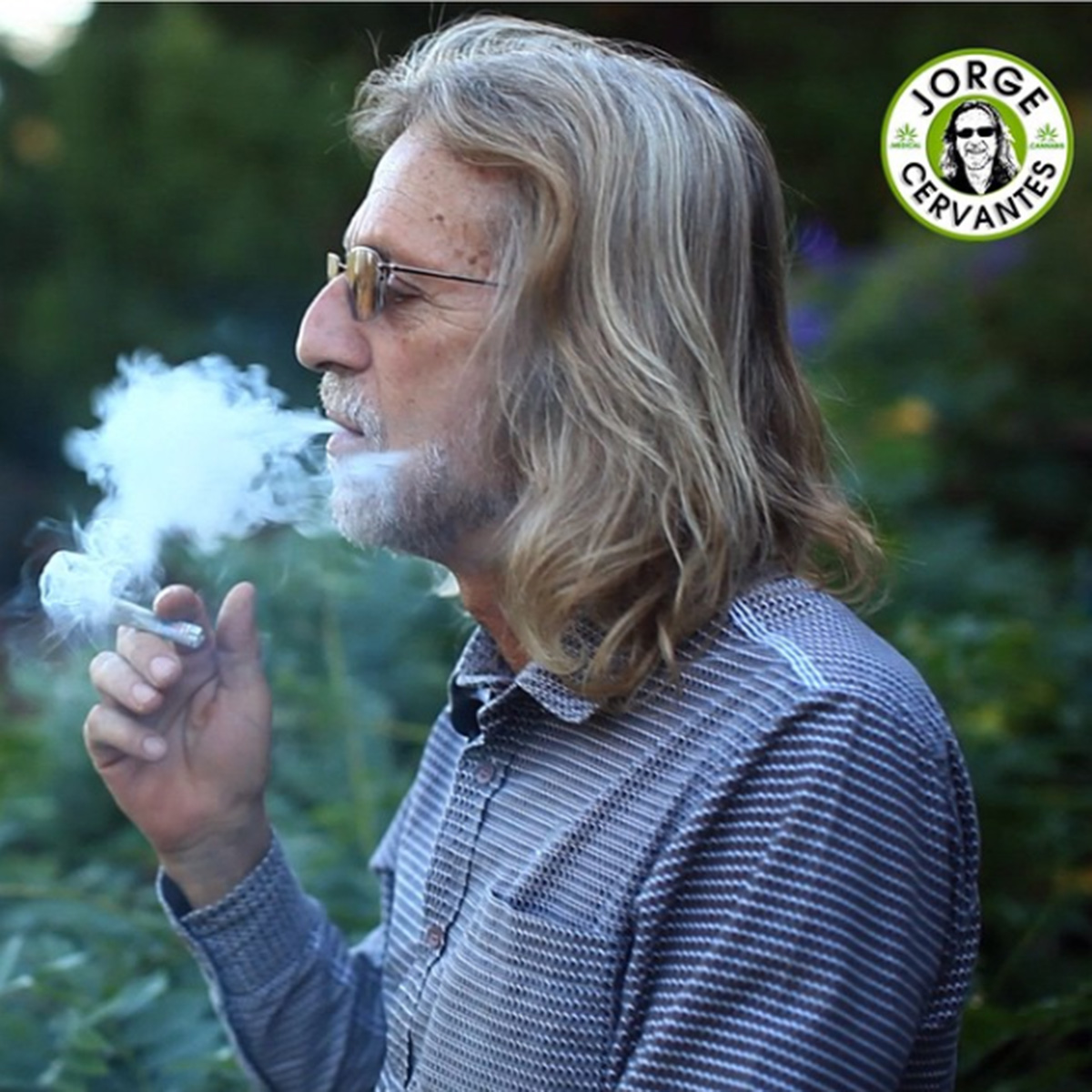 What made Seedsman an organization you wanted to partner with?

One cool thing about Seedsman is they handle everybody’s seeds, and they largely know everybody, especially the old guys. And maybe more importantly, they’re impeccably honest, which is hard to find in this business sometimes, especially as the cannabis industry transitions from being in the shadows to being in the spotlight.

What do you look for in a beautiful cannabis grow photo?

First, the photo has to be in focus. That seems basic, but it can be tough sometimes, especially in close-up photos with a narrow depth of field. So that’s a prerequisite. Lighting is also key, because cameras can do a lot for you these days, but they can’t control the lighting. The last thing I look for is photos that are framed properly and at an interesting angle that shows off the plant. Lots of people do just a straight on photo of a bud, and that can turn out nicely, but we want to see something interesting, and that takes an artistic eye.

What tips would you impart to aspiring cannabis growers who want to grow gorgeous plants like they see in the PhotoCup?

Health is pretty much everything when it comes to a good-looking plant. If it’s nutrient deficient, the camera won’t lie about that. If the plant has pests or insects, you’re going to see it in a photo. You take a picture of a healthy plant, you’re going to know it, just like with a healthy person.

How is growing from seed different from starting with a clone?

There are quite a few differences. When you’re starting with a clone, you have the advantage of stability, because the plant is genetically identical to its mother. But clones can also harbor diseases like powdery mildew or aspergillus, because keeping clones clean is very difficult, especially in a retail environment. And a lot of these diseases can go undetected because they’re not initially visible on the surface of a plant. But at harvest, you’re definitely going to see that.

What are some of the advantages to growing from cannabis seed?

Seeds don’t carry any pathogens, or insects or mites, because that’s the way mother nature designed them. If a seed doesn’t germinate, you know it real fast, so you can address the issue immediately. You find out when you can still do something about it, not halfway through the growing process when it’s too late to address the issue.

The other advantage is in selection. If you have a handful of seeds, you can have 200 varieties of cannabis represented. And of course, seeds are also hardy and easy to transport. You can get 1,000 seeds in an old film case, and you can store them for a long time and they’ll be fine.

These days, you’ve also got the advantage of feminized seeds, which save the time and effort of identifying and eliminating male plants from gardens, and autoflowering seeds, which can’t be cloned and only grow from seed. 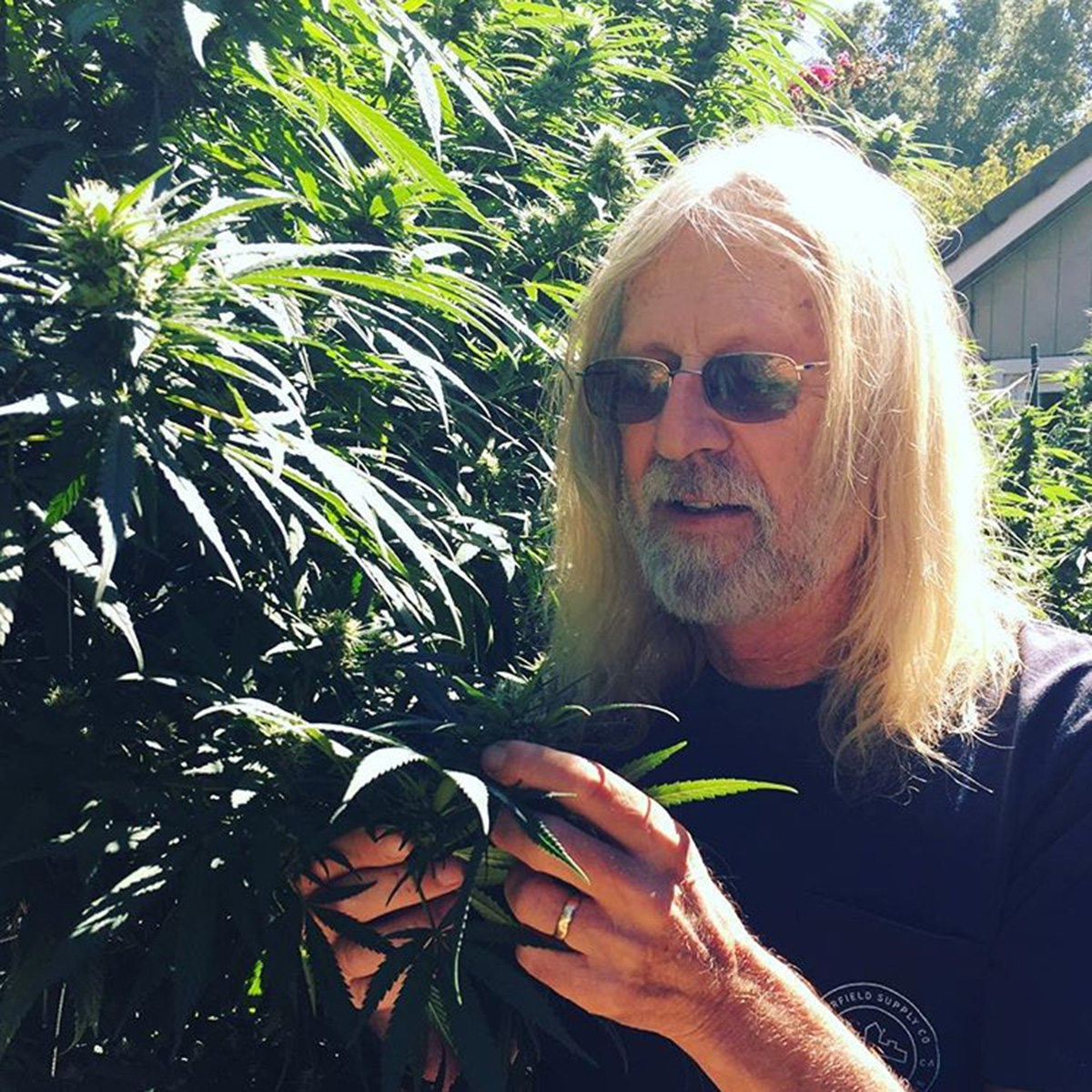 What should cannabis cultivators be particularly aware of when starting from a seed?

The three things you have to keep in mind when starting a plant from seed are light, heat, and moisture. All three of those factors have to be controlled, and each has equal importance. You screw one of those up, the plant is going to grow slowly and waste valuable growing time.

My advice is to make sure seedlings have consistent heat and moisture. Moisture is something you have to watch carefully, as too much can cause a seed to rot, but too little will leave it dried out.

Another note is that seeds don’t really need much light at all, certainly not as much as a plant would get. As you’re starting seeds, dim fluorescent light is fine. Seedlings just need enough light to get out of the ground, and they’re are designed to come up in early spring and with other plants around them—that’s a low light environment, and they’re fine with it.

Once the true leaves come out, they need a little more light, but again, fluorescents are fine until the plant is 6-9 inches tall. Early on, most of the plant’s energy is going to developing a strong root system, so it can be easy to burn seedlings by giving them too much light.

What should people keep an eye out for when buying seeds online?

You look for a company that has a proven track record. That’s very important, as is a company that stands behind their product over time. Right now, you’re seeing lots of new people in the game, and while their intentions may be good, their execution is not always the best.

I’d also prioritize working with someone who ships fast. When you make a decision to order seeds, and you don’t want to be still waiting to find out when they’re going to ship five emails later—that’s valuable time you could be getting plants in the ground. 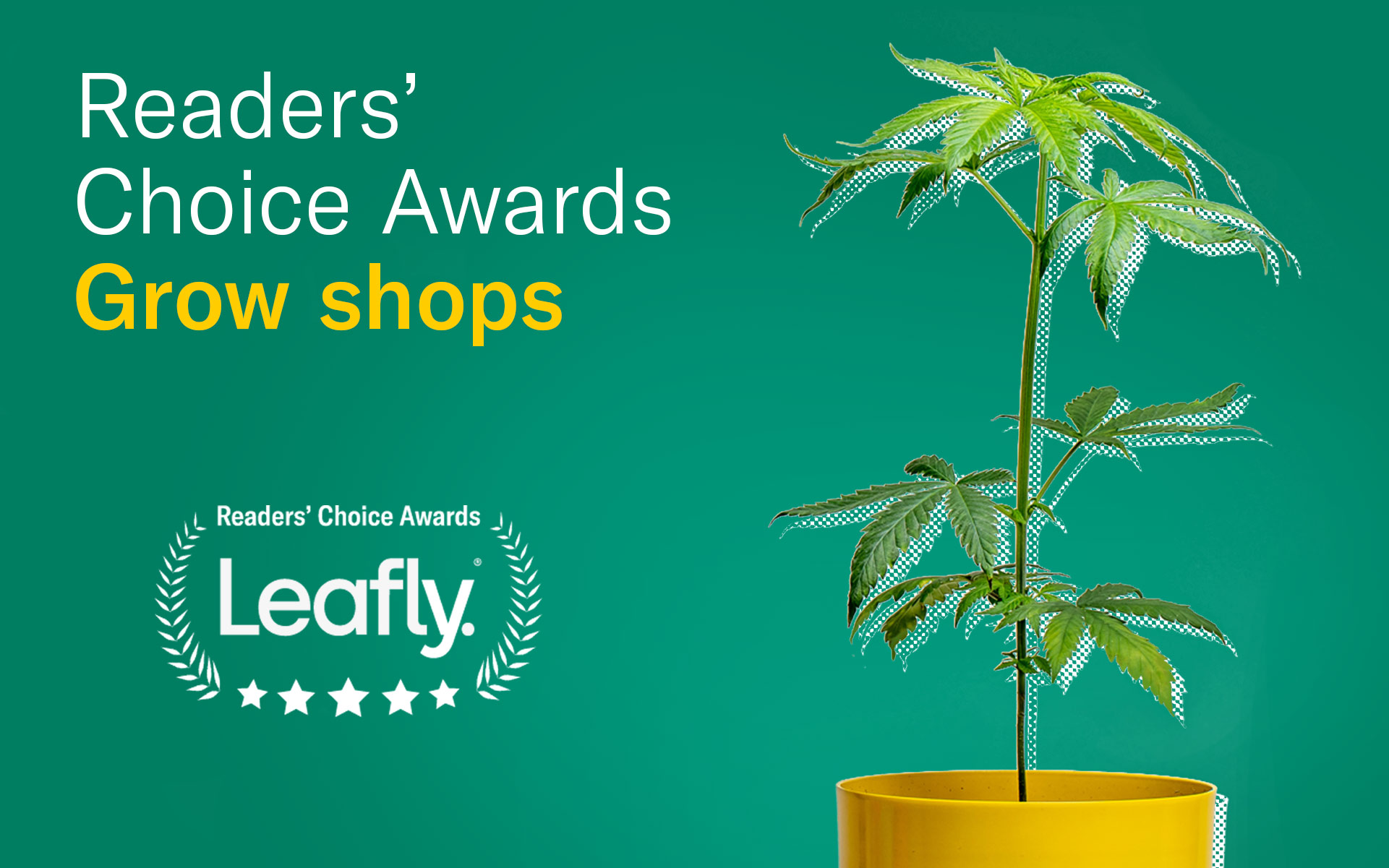 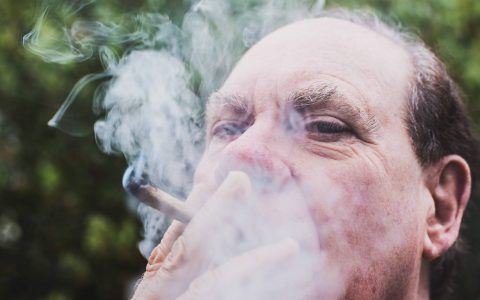 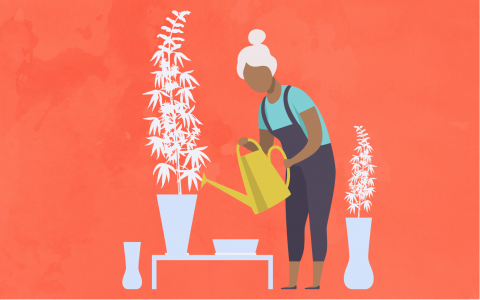 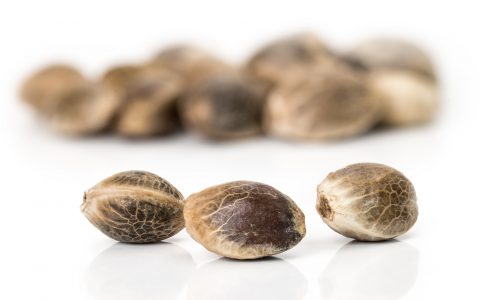 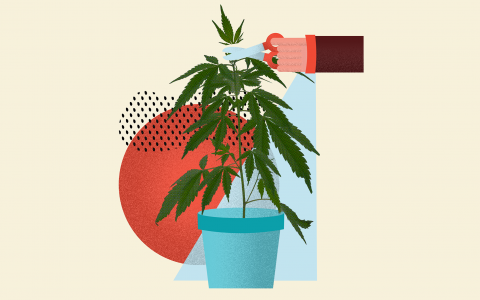 How to top cannabis plants for better yields