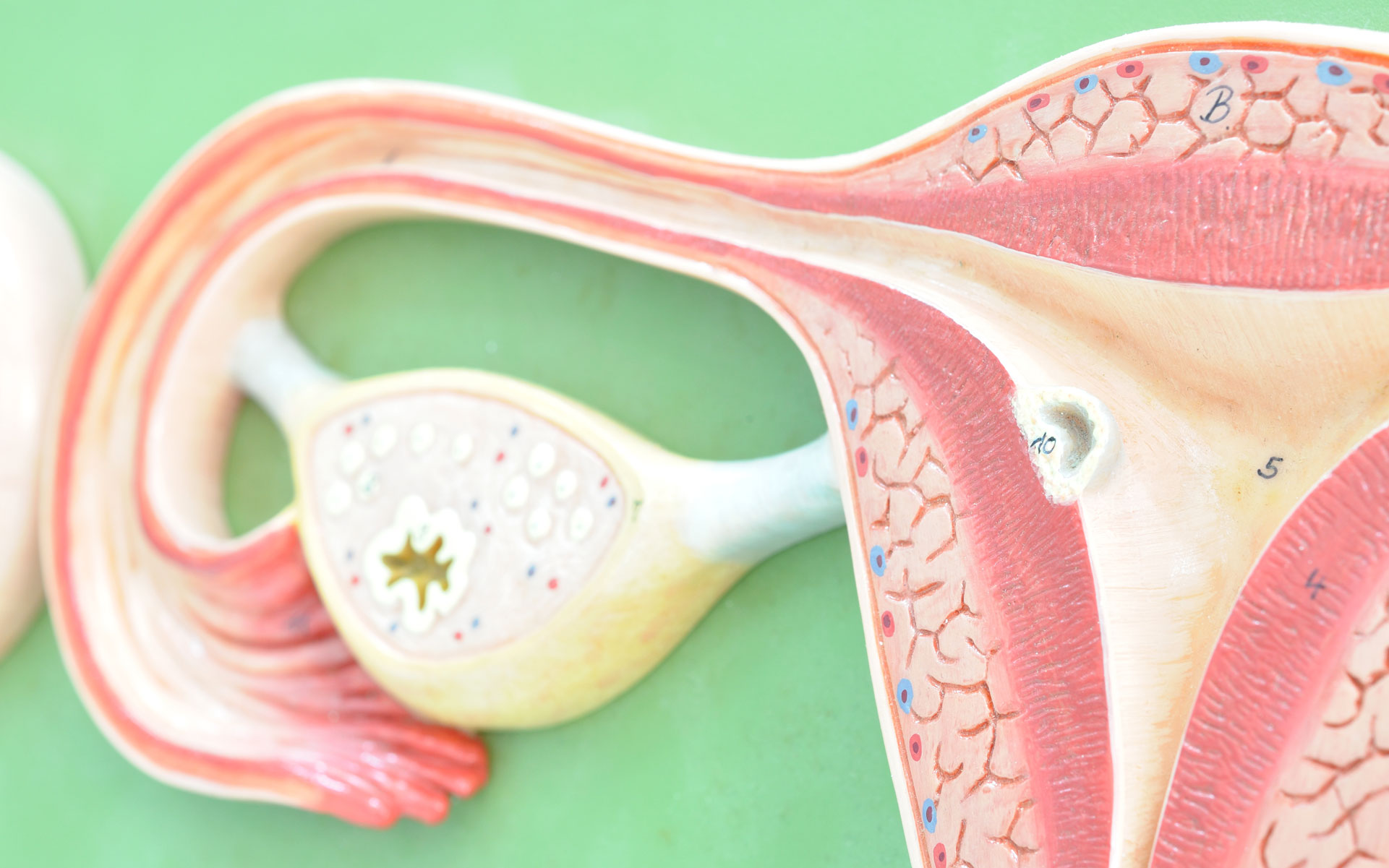 tinydevil/iStock
Hormones are powerful chemicals that are constantly fluctuating and influencing the ways in which our bodies respond to our environments. Sex hormones, and in particular those produced in the ovaries, have been shown to play prominent roles in regulating cognitive and behavioural functioning of cisgender women.*

There are two studies that examine the relationship between cannabis and the menstrual cycle, both of which were done in the 1980s. Neither study satisfies the ‘gold standard’ of scientific inquiry: a randomized double-blind placebo study, large sample groups and few limiting and/or confounding factors.

The first study was on self-reported cannabis use during the menstrual cycle. The sample size was small with only 28 women included. Further, the nature of the study design did not account for the different ways in which women consume cannabis.

The second study was at least randomized and double-blind, but still does not reflect modern cannabis use: the potency of THC used was 1.8% and the sample size was, again, small. Currently, the average percentage of THC per strain is 7-10% and some strains can go as high as 25%!
Related

The study found that there were no significant relationships between THC and sex hormones in women. However, based on the potency of THC used, take these results with a grain of salt.

Instead, let’s examine the specific effects THC has shown to have on ovarian hormones and vice versa.

Women generally have higher tolerances for THC compared to men, for a few reasons.

Consider the chemical properties of THC. It is lipophilic, meaning that when it crosses paths with fat cells, it will attach itself to them. You may have heard that THC can stay in your system for weeks to months beyond abstinence—this is why.

For evolutionary purposes, women have higher fat percentages than men, resulting in higher amounts of THC going to fat cells rather than the bloodstream when ingested by women versus men. The result? Not as much THC circulates to get to your brain for that ‘high’ effect to take hold.

Another reason women have a higher tolerance to THC is ovarian hormones. However, which ovarian hormone we are talking about matters. The amount of tolerance you experience depends on which phase of your menstrual cycle you’re in.

A menstrual cycle is typically 28 days long. The two weeks is called the estrus phase, or how I like to call it, the ‘sexy’ phase: it builds up until you release your egg and ovulate. Those two blissful weeks where acne and pimples lay to rest and B.O. remains a non-issue is evolutionarily, on purpose.

During this phase your ovaries are producing estrogen, the ‘come hither’ hormone— it’s meant to find you a mate, among other things. It heightens your sexual prowess, which includes your sensitivity. Greater awareness generally indicates an animal-like ‘on the hunt’ state.

During the diestrus phase (ie. after ovulation), sensitivity to cannabis decreases, along with everything else. Progesterone becomes your ovaries’ best friend and you are left feeling cranky, tired, and agitated when these levels are high.

CBD vs. THC for Sex: What’s the Difference?

The dynamics between THC and female sex hormones can vary. So far, estrogen and THC seem to have a cordial relationship where they build each other up—but what about progesterone?

Poor progesterone, nobody likes them. No surprise there: it’s developed a bad reputation for the culprit of PMS. In fact, mood swings, tender/sore breasts, fatigue and acne are due to declining levels of Progesterone. Progesterone in high levels actually keeps the female body stable.

Luckily, studies conducted on rhesus monkeys (at least we’re in the primate category!) show that THC reduced the amount of progesterone produced in the diestrus phase. This was not a direct inhibition, which means it ‘modulated’ the production of progesterone—a safer version than simply arresting its production directly.

It’s no wonder that many women are turning to cannabis products during PMS and menses: it helps to level out the effects of progesterone and satisfy a physiological need for cannabinoids.

What I mean by ‘physiological need’ is that studies have shown that CB1 receptor increases in the hypothalamus during the diestrus phase. This means that your body is in demand for cannabinoids—whether you are producing them yourself or ingesting them through cannabis.

Additional studies are needed on the subject of female sex hormones and cannabis. Hormones are highly complex: there are layers to which they affect cognitive functioning (short-term and long-term), physiological changes (CB-1 receptor fluctuation), and their role in the female reproductive system.

However, some things are beginning to be clear. The estrus phase can cause a heightened state of awareness, which tends towards greater sensitivity towards mind-altering substances. The diestrus phase produces progesterone and increases CB1 receptors in the hypothalamus—both of these changes can be helped by a spoonful of THC in the diet.

That being said, consume in moderation and consult your physician if you experience severe symptoms associated with PMS.

*This article uses the terms women, females, men, and males in reference to biological sex. 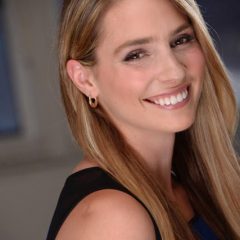 A writer and educator living in Toronto, Katarina has been studying the relationship between cannabis & physiology since 2012. She has also written educational material for GrowWise Health, Tokyo Smoke & Van Der Pop. 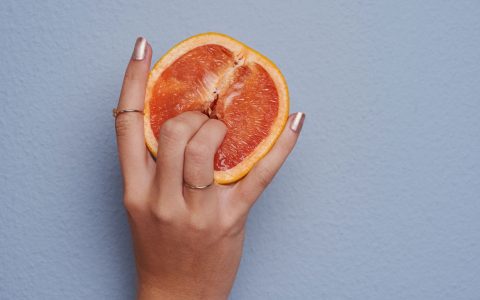 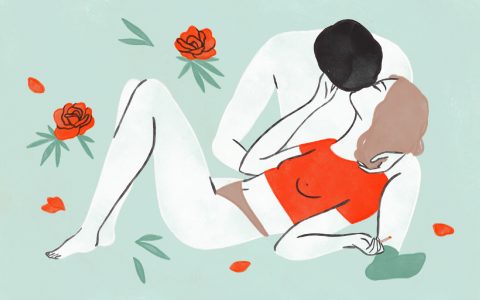 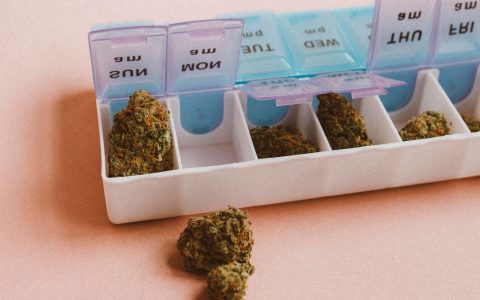 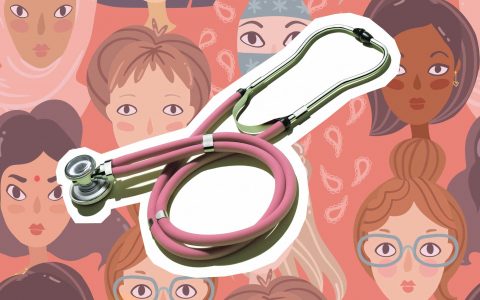