California Town Discovers That Cannabis Has a Scent 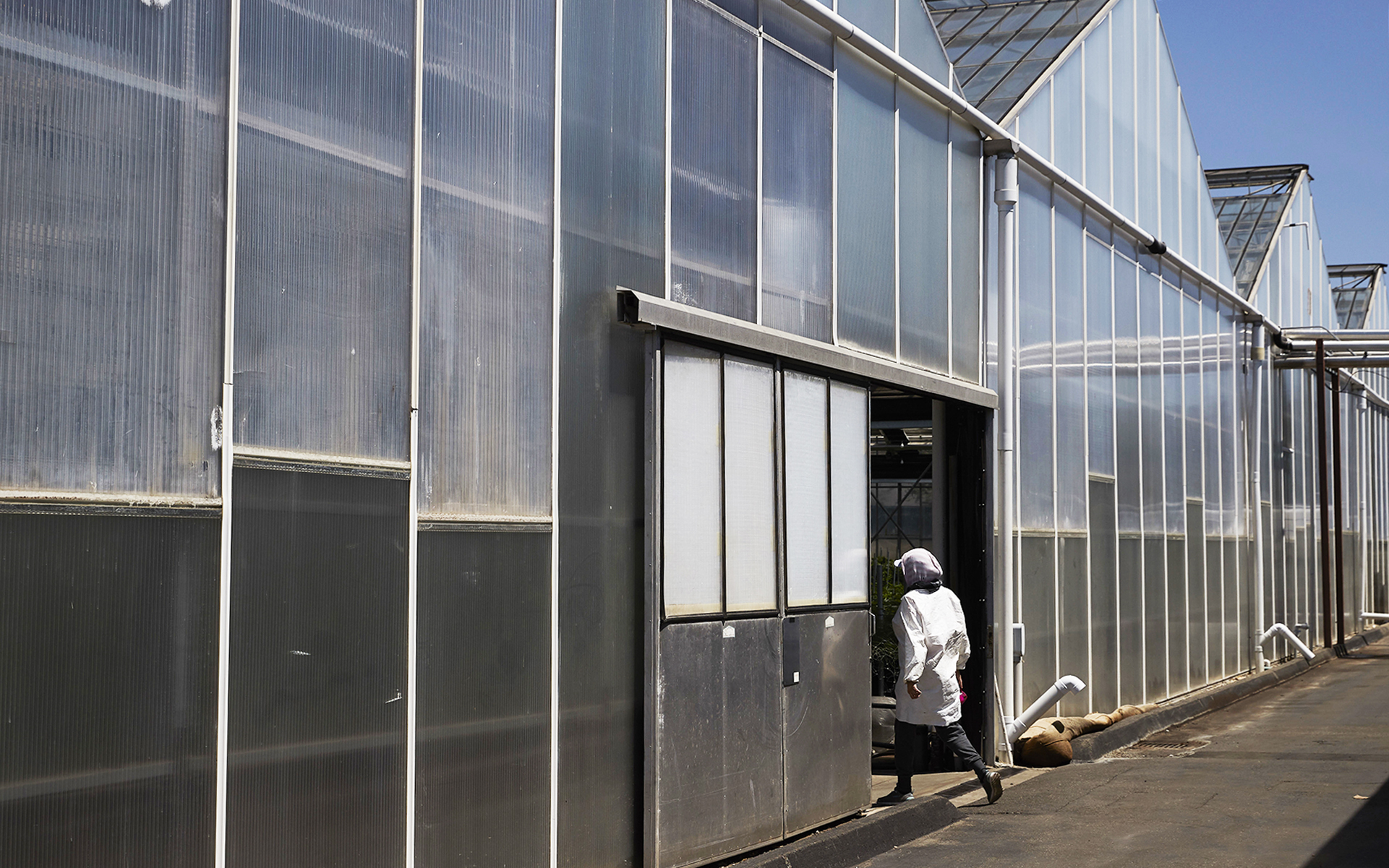 In this April 12, 2018, photo, a worker walks into a greenhouse growing cannabis plants at Glass House Farms in Carpinteria, Calif. Greenhouses that once produced flowers are seen as ideal for growing marijuana. It takes only about three months to grow cannabis in pots of shredded coconut husks, so farmers can get multiple harvests each year. (Jae C. Hong/AP)

CARPINTERIA, Calif. — This picturesque coastal town cradled by mountains and sandy shores is a scene out of a Southern California postcard. Residents of Carpinteria say they feel lucky to live in what they consider a slice of paradise.

But change is in the air. And sometimes, they say, it stinks.

Cannabis has become a new crop of choice in the farmlands surrounding this tight-knit community, which has long fueled the U.S. cut flower industry.

That’s because cannabis has become a new crop of choice in the farmlands surrounding this tight-knit community of 14,000, which has long helped fuel the U.S. cut flower industry.

Residents say a thick, skunk-like odor from the cannabis plants settles over the valley in the evenings and before dawn. To keep out the stench, they have tried stuffing pillows under doors, lighting incense and shutting windows, a reluctant choice since it also keeps out the cool ocean breezes that are part of the town’s allure.

“We don’t want a marijuana smell,” said Xave Saragosa, a 73-year-old retired sheriff’s deputy who was born and raised in the town and lives near a greenhouse that grows cannabis. “We want fresh air.”

Saragosa said the odor pervades his hillside home at night and keeps his wife up coughing.

Do Farmers Have a Legal Right to Grow Cannabis?

Carpinteria, about 85 miles (137 kilometers) from Los Angeles, is in the southeast corner of Santa Barbara County, a tourist area famous for its beaches, wine and temperate climate. It’s also becoming known as a haven for cannabis growers.

The county amassed the largest number of marijuana cultivation licenses in California since broad legalization arrived on Jan. 1 — about 800, according to state data compiled by The Associated Press. Two-thirds of them are in Carpinteria and Lompoc, a larger agricultural city about an hour’s drive to the northwest.

Virtually all of Carpinteria’s licenses are for small, “mixed-light” facilities, which essentially means greenhouses.

The result is a large number of licenses but small total acreage. Only about 200 acres of the county’s farmland is devoted to cannabis, compared with tens of thousands sown with strawberries and vegetables, said Dennis Bozanich, who oversees the county’s cannabis planning.

The area’s greenhouses have their roots in Carpinteria’s cut flower industry, which was sapped after the U.S. government granted trade preferences to South American countries in the 1990s to encourage their farmers to grow flowers instead of coca, the plant used to make cocaine.

In an ironic twist, some California flower growers weary of import competition have started trying to grow cannabis, a plant that, like coca, is deemed illicit by the federal government. Others have sold their greenhouses to marijuana investors.

“We have literally no carnation production in the United States any longer because South America grows them so cheaply,” said Kasey Cronquist, chief executive of the California Cut Flower Commission. “Farmers had to move crops, and that is what we have seen happen over time — they’ve gone to crops that are more valuable or more difficult for Ecuador and Colombia to ship.”

Domestic cut flower growers saw their share of the U.S. market drop to 27 percent in 2015 from 58 percent in 1991. Sales of imported cut flowers grew to more than $1 billion during the same period, according to data compiled by the commission.

Greenhouses that once produced flowers are seen as ideal for cannabis. In Carpinteria’s climate, the greenhouses heat and cool easily and inexpensively, and the plants thrive. It takes only about three months to grow cannabis in pots of shredded coconut husks, so farmers can get multiple harvests each year.

Some farmers see cannabis as a plant that can help preserve the area’s farming culture.

In the hills of the so-called Emerald Triangle of Northern California, where most of the state’s pot is grown, there is a single harvest each year.

Some farmers see cannabis as a plant that can help preserve the area’s farming culture, said Mollie Culver, a consultant for the Cannabis Business Council of Santa Barbara County. Many growers live locally and welcomed the county’s recently crafted regulations requiring odor abatement, she said.

“Santa Barbara isn’t like cannabis run amok,” said Jared Ficker, a partner at advocacy group California Strategies who consults with local cannabis growers. “It is actually the most compliant market we’ve seen in the state.”

Some residents said the stench has decreased in recent months as some growers installed systems aimed at reducing the smells. Others said the problem persists.

The county passed rules in February requiring growers to submit odor abatement plans and designate a representative to handle complaints. They are expected to take effect in some county areas this year and in Carpinteria following a review by state coastal regulators.

Californians voted to legalize cannabis in 2016, but counties and cities have a say on whether they allow cannabis production, distribution or sales.

Even before the ballot measure, Santa Barbara County recognized a number of farmers were growing cannabis to supply the state’s medical market. So officials started looking at establishing odor, security and other rules.

All of the county’s licenses are to grow medical marijuana, Bozanich said, though the state allows some crossover into the adult market.

In Carpinteria, some residents worry property values will fall if the town keeps reeking of cannabis. They hope the smell will fade as more growers install odor control systems and those who don’t are shut down.

Toni Stuart, an 80-year-old retired Episcopal priest, said the odor doesn’t creep into the area near the beach where she lives, but she worries about the community changing.

“I would not like Carpinteria to be the ‘cannabis capital’ of Southern California. I like it the way it is. It’s a very quiet, unpretentious beach town,” she said.

“If people want to grow cannabis instead of flowers or avocados or macadamia nuts — I suppose that’s their right. But they’ve got to think about their neighbors.” 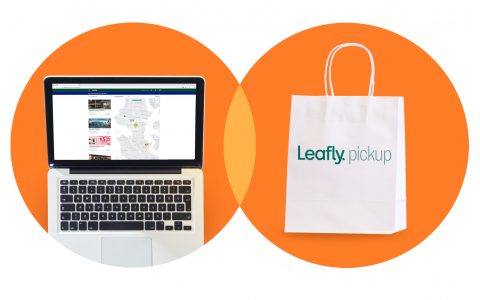