How Much Does Colorado vs. Washington Recreational Marijuana Cost These Days?

Good news for the cannabis enthusiast: no matter the state, retail marijuana prices are expected to drop in Washington and Colorado throughout the rest of the year. While the black market still poses imminent competition barriers, the wake of 4/20 emphasized the importance of competitive pricing for all recreational stores.

Both Colorado and Washington’s recreational markets have shown significant price drops since the opening of the country’s first legal pot-stores – a simple story of supply and demand. As expected, more retail stores spike competition in the market and force store owners to scale pricing. But what does retail marijuana actually cost in each state?

Well, while one state’s market is obviously less expensive than the other, both must begin to lower prices as competition and demand are promised to only increase. Leafly data averaged the following prices on a national scale for the month of April:

This is a huge change in price compared to a year ago, when competition was minimal in both recreational markets. Analysts expect prices to continue to drop, but each state has its own pricing story.

Review these Colorado and Washington price-points for the month of April to weigh out your next purchase:

These inexpensive rates come to no surprise, as Colorado holds way more recreational stores for enthusiasts to forge their allegiances.

“The Colorado market is extremely competitive,” Frank Falconer, of the Denver Consulting Group, told the International Business Times. “Price wars happen from time to time.” Falconer has worked with wholesale retailers and other Colorado cannabis companies, and he firmly predicts that prices will continue to go down, at least for some time.

Colorado price wars guarantee one thing for the cannabis consumer: stores will be hungry for loyal customers. So, find different stores nearby to search the best deals and services, and leave reviews of your favorite locations.

The state’s Liquor Control Board (LCB) expects prices to go down in the coming months as more licensed stores begin to open.

Brian Smith, a spokesman for the LCB, gives all of us in Washington hope for cheaper retail prices. “The agency was charged with creating a recreational system competitive with the gray and illicit markets,” said Smith. “We thought if we could get it to 12 dollars a gram, we would be competitive, and we got there in a matter of months.”

While Leafly data shows the Washington market to be a little more expensive than Smith’s goal, we hope for the best as the market slowly but surely starts to deliver more retail locations. Whether you’re teetering on which state to visit or determining the type of product to buy next, retail prices in both markets show promise for all of our wallets when comparing back to 2014.

The question is will these lower prices remain and become standard, or will something else throw market prices into flux? You tell us — share your thoughts! 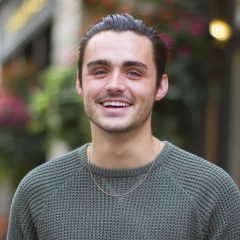