There will be lawsuits: Legal fallout from vape cart crisis is coming 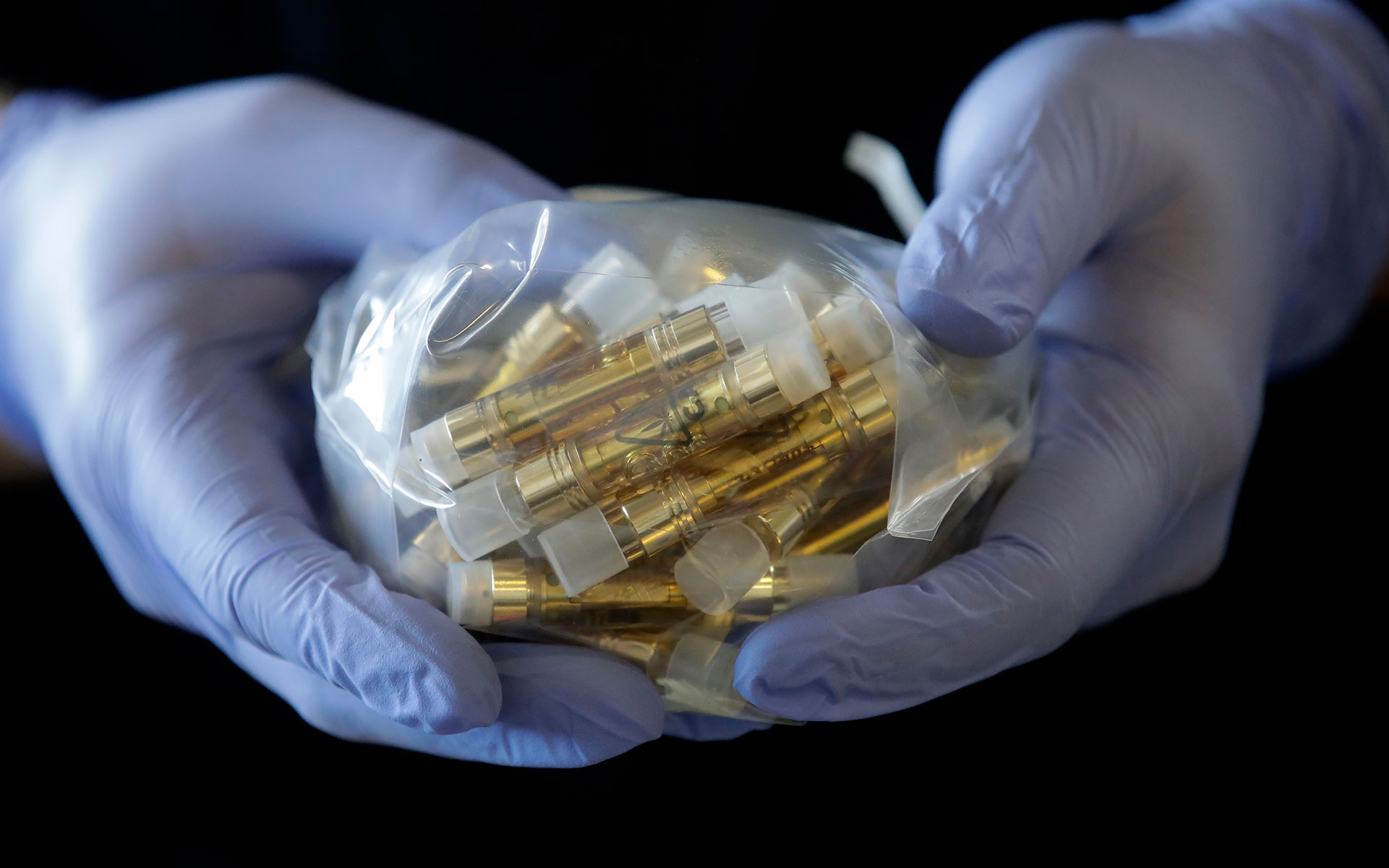 Illegal manufacturers may disappear, leaving legal companies to face potential liability lawsuits over toxic vape carts. (AP Photo/Jeff Chiu)
What will be the legal fallout from the vaping health crisis?

'I will tell you absolutely there will be a class-action lawsuit.'
Vincent J. Trimarco, New York attorney

They’ve also gotten the attention of state and federal lawmakers, including the Trump Administration, which is reportedly preparing a ban on e-flavored cigarettes.

Vincent J. Trimarco, a New York criminal defense attorney who has worked on a variety of major cannabis cases in the state, told Leafly he expects to see a lot of litigation in the wake of the vaping crisis.

As a lawyer, Trimarco said, “I would tell you absolutely there will be a class action lawsuit.”

The companies directly involved with vape products that harmed consumers are the most exposed to potential legal action, of course. Many of those are illegal underground manufacturers who could disappear without a trace. We’ve already seen the website for Honey Cut, the most notorious of the vape cart cutting agents, go 404.

Trimarco said there could be a wider spillover effect that reaches beyond the underground manufacturers, though. And that might have consequences for the legal, regulated cannabis industry as a whole.

Risk for the cannabis industry

“You have the market ripe for a class action lawsuit because people are being hurt,” he said. “The lawyers are going to take advantage of that by encouraging anyone that thinks they were affected by medical marijuana or legal marijuana to come forward. That’s going to affect the legal market, because there’s big, big money in it. And it could hurt…the legalization of marijuana products. It’s certainly going to hurt the industry, financially. No question.”

One big issue with this crisis, Trimarco noted, is that connection between vaping and its potential health issues still hasn’t been completely defined. Public health officials in a number of states are still in the midst of their investigations.

“I think it’s important for the medical, scientific aspect of it to be clear,” Trimarco said. “Is it the process of vaping that’s hurting people, or the chemical in it? And as in any other health issue, you have a couple of cases and then the hysteria starts. That’s dangerous too—it could be a deterrent to further legalization.”

A ‘disconnect’ on the cause

Sam Kamin, a professor of law at the University of Denver, has spent years looking at cannabis-related legal issues. And he’s concerned about what he describes as a “disconnect” between the potential harm done by vaping, compared to public and governmental reactions to the crisis.

“And to pull products off the legal market,” Kamin notes, “pushes people (towards) the black market and…away from regulated and tested products, to products that they know much less about.”

Kamin believes cannabis legalization opponents are also using this crisis “as an opportunity to double down on that (opposition),” instead of working to inform the public about vaping and its risks.

The ongoing federal prohibition on cannabis and cannabis products is also adding to the confusion.

“So long as the federal government prohibits those (cannabis) products in every case,” Kamin said, “you can have no regulatory pull; you can’t set minimum standards for testing or for contaminants, can’t limit what goes into these products. And I think there’s a call here for more regulation, and not for less.”

A tipping point for legalization?

Benton Bodamer, an Ohio-based attorney who teaches a course on cannabis business transactions at the Ohio State University law school, had a similar assessment.

He said the vaping crisis could create a tipping point for legalization efforts at the federal level.

However, he told Leafly, “I think the worst thing we can do right now is to have knee-jerk, hysterical overregulation at the federal level, when that’s exactly what started our 50-year period of (cannabis) prohibition.”

The vaping crisis, he added, “is not a cannabis issue, (but) I think in some ways there’s a danger of making it one. This an illicit market issue, more broadly.”

That viewpoint is also echoed by the National Cannabis Industry Association (NCIA).

In a press release earlier this month NCIA called on Congress to “immediately remove cannabis from the Controlled Substances Act and begin to sensibly regulate this substance in a manner similar to alcohol and other consumables, and to make funds immediately available to state medical authorities to investigate these cases.”

NCIA executive director Aaron Smith added that the illness and deaths caused by vaping “are yet another terrible, and largely avoidable, consequence of failed prohibition policies.”

For his part, Sam Kamin believes the public is going to need assurances from legal vape businesses that their products are safe to use.

“There’s a role for regulation and testing and monitoring of these products, as well as for clinical and other testing of them,” he said. “I think it’s important to know what the long-term effect of these products are.”

The latest in the cannabis industry