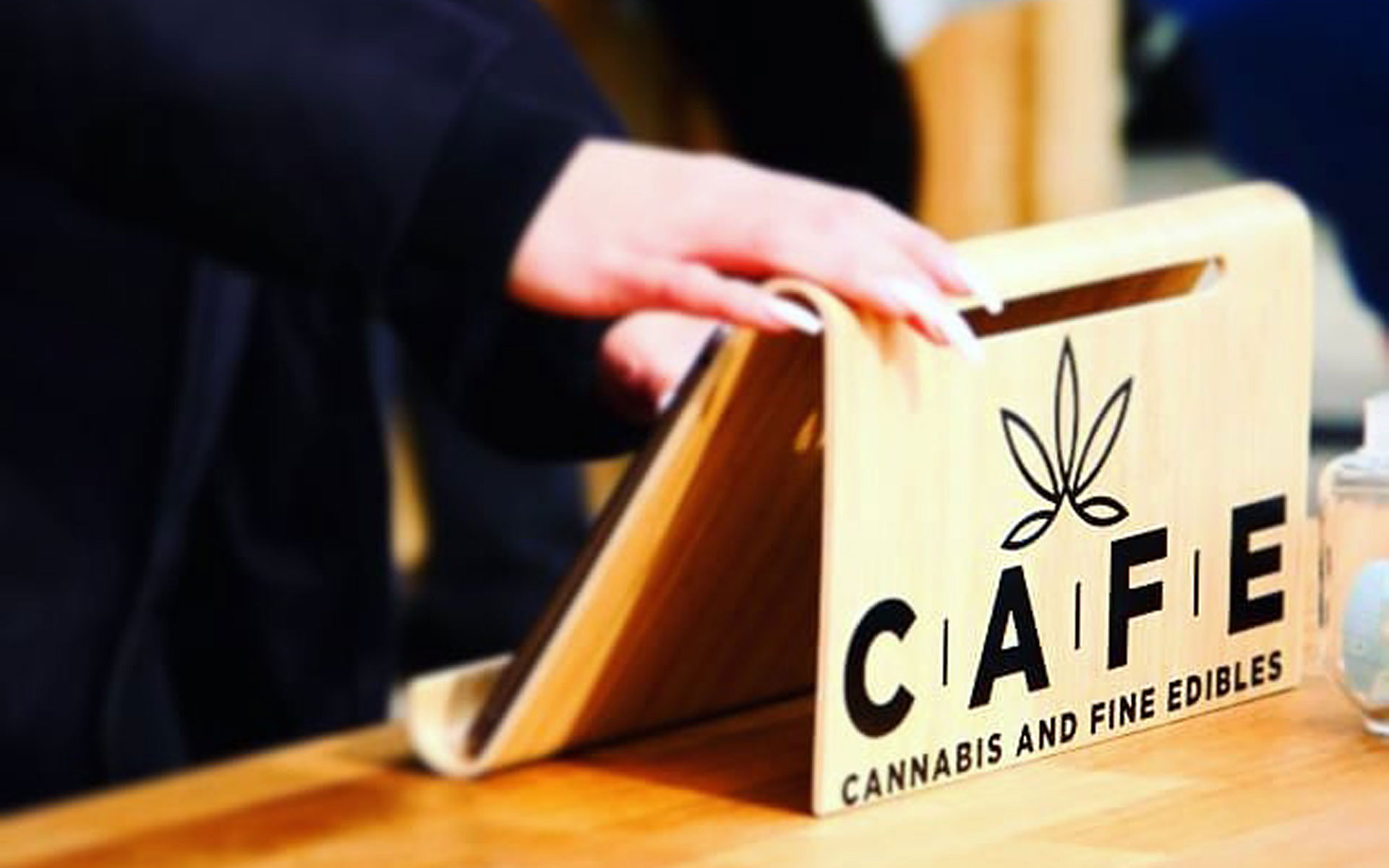 @iamcafeofficial//Instagram
Illegal cannabis purveyors in Canada continue to thrive in Canada’s new legal market. Whether it’s through flashy promotions, claims of delivery within hours, or prices that undercut the legal market, illegal dispensaries are doing what they can to keep their client base.

That same level of brazenness is being used to keep the doors open at a popular chain of illegal Toronto dispensaries—even after law enforcement and municipal enforcement took actions intended to close the stores indefinitely.

A new law, in force as of October, allows authorities to close a premise if someone is charged with certain provincial cannabis offences in relation to its address. The “closure order” takes effect immediately until charges are resolved by the courts, which commonly takes months.

The province implemented the law to finally close down dispensaries that would open up again just hours after they were “raided.” That was happening earlier in 2018 (and continues to happen) because search warrants themselves only authorize search and incidental arrest, and don’t allow for indefinite closure.

The new-found power has allowed municipalities and police across Ontario to issue closure orders for several stores they have raided in recent months.

But now, Toronto’s popular CAFE (short for Cannabis and Fine Edibles) seems to have found a crafty loophole to exploit.

Buried in the Cannabis Control Act is an exemption to the closure power. At s. 18(7), the Act states that the section authorizing closure orders “does not apply with respect to a premise used for residential purposes.”

CityNews reports that two CAFE outposts have been subject to closure orders after provincial charges were laid, and city of Toronto contractors welded the doors shut.

Contractors later returned to un-weld the doors when a lawyer for the chain claimed that an individual has been living in the basement of one of the dispensary’s locations. And the shop has reopened to customers since.

CityNews also reported that the second location of the same chain appears to be using a similar tactic following a recent raid.

Mark Sraga, Director of Investigation Services for the City of Toronto, told CityNews that the claims at one of the locations was made by a CAFE lawyer only after the city took action, and that there were no signs before the closure that would indicate someone was living there.

We spoke to a cannabis and housing lawyer Caryma Sa’d.

She told Leafly that a court could make a determination whether the addresses are truly being used as residences, and issue an order in the meantime speaking to the sale of cannabis on the premises.

Sa’d believes it’s a complex matter that may also involve the Landlord and Tenant Tribunal to determine if the place is a residence and thus regulated under the Residential Tenancies Act.

“What would be proper, is for the court to defer to the landlord and tenant tribunal, to see if the Act applies. Pending the application, they could fashion an interim order.”

A court of the tribunal could make this determination using a test she said is called the “predominant purpose” test.

“If someone is living there, [they] should get a determination if they are covered by the Act, which happens at the board.”

She said that law enforcement officials locking the doors “complicates things” and that a proper residential eviction must go through a sheriff.

The City of Toronto is reportedly asking the province to look at the law and advocate for changes to the exemption provision in the Cannabis Control Act. Sraga also told CityNews that he wants “clear penalties, significant penalties for people that knowingly break the [closure order].”

The provision is contained within the legislation of the Act, which would typically require the legislature to sit to debate any amendments to it.

However, the legislation allows the government to enact regulations “providing that this Act and the regulations or any provision of this Act or the regulations do not apply in respect of any person, place, thing or circumstance.”

That could mean that the provincial government executive could themselves pass a clarifying regulation meant to take aim at dispensaries like CAFE.

No one is really certain what happens next, but it’s a situation that will almost certainly unfold before our eyes in either the courts or through provincial government action.

For the meantime, it appears that CAFE will continue to sell cannabis through at least two of their Toronto locations, stopping at no cost to sell cannabis despite a growing number legal sources now operating in the downtown core.