Crash BarrySeptember 29, 2016
Share
Share on Twitter   Share on Facebook
Print
Protestors hold signs as a group that hopes to legalize marijuana in Maine deliver boxes of petition signatures to the state Monday, Feb. 1, 2016, in Augusta, Maine. The group is hoping to make Maine the first state in the East to legalize pot for recreational use. (AP Photo/Tom Bell)
You might assume the loudest critics of Maine’s Question 1—the ballot initiative that would legalize the adult use of cannabis—would be the prohibitionists or the police.

Not around here. The latest round of fear-mongering by cops and reefer-madmen hasn’t caught on, probably because most Mainers know cannabis isn’t responsible for the state’s real drug problem: skyrocketing heroin overdoses on the heels of a 20-year prescription pill abuse epidemic.

Cannabis advocates turning on their own: It’s a common theme across a number of states with cannabis ballot measures this fall. In Arizona, legalization supporters who failed to put their own initiative on the ballot are actively working to defeat a rival measure that succeeded, slagging the proposal as “fake legalization.” In Arkansas, two competing medical legalization measures have been battling each other all year. Both face legal challenges from prohibitionists, and if both survive they may split the vote and fall divided. In Maine, the brawling has been carried out with sharp words and bitter social media posts—but so far has managed to stay out of court.

I encountered this strange political dynamic up close  on a recent humid Maine midsummer’s night. The occasion was a party celebrating the opening of the Yes on One campaign headquarters in a nondescript office park on Brighton Avenue, a busy commuter thoroughfare into Portland, the state

Inside, a subdued group of 40 or so campaign supporters and staff mingled in the bare-bones “Campaign to Regulate Marijuana Like Alcohol” office.

Outside, a group of cannabis advocates protested the cannabis advocacy campaign. A dozen or so dissenters shouted their fear that adult-use cannabis legalization would result in the elimination of Maine’s medical marijuana program.

As we milled about  the office, a garbled bullhorn was slightly audible through the closed windows.

David Boyer, the “Yes on One” campaign manager and Marijuana Policy Project political director for Maine,  glanced out the second-floor window at the hubbub below. “It’s disappointing they’re out there,” he told me. “They’re not the majority. But they are vocal.”

He gestured outside. “What they are saying is just not true. Question One is a good thing for patients. It’s going to increase competition. Maybe that’s what they’re afraid of.”

What did he predict would be the main effect of Question One on medical cannabis? “The price is going to go down,” he said, “and the quality is going to go up.” 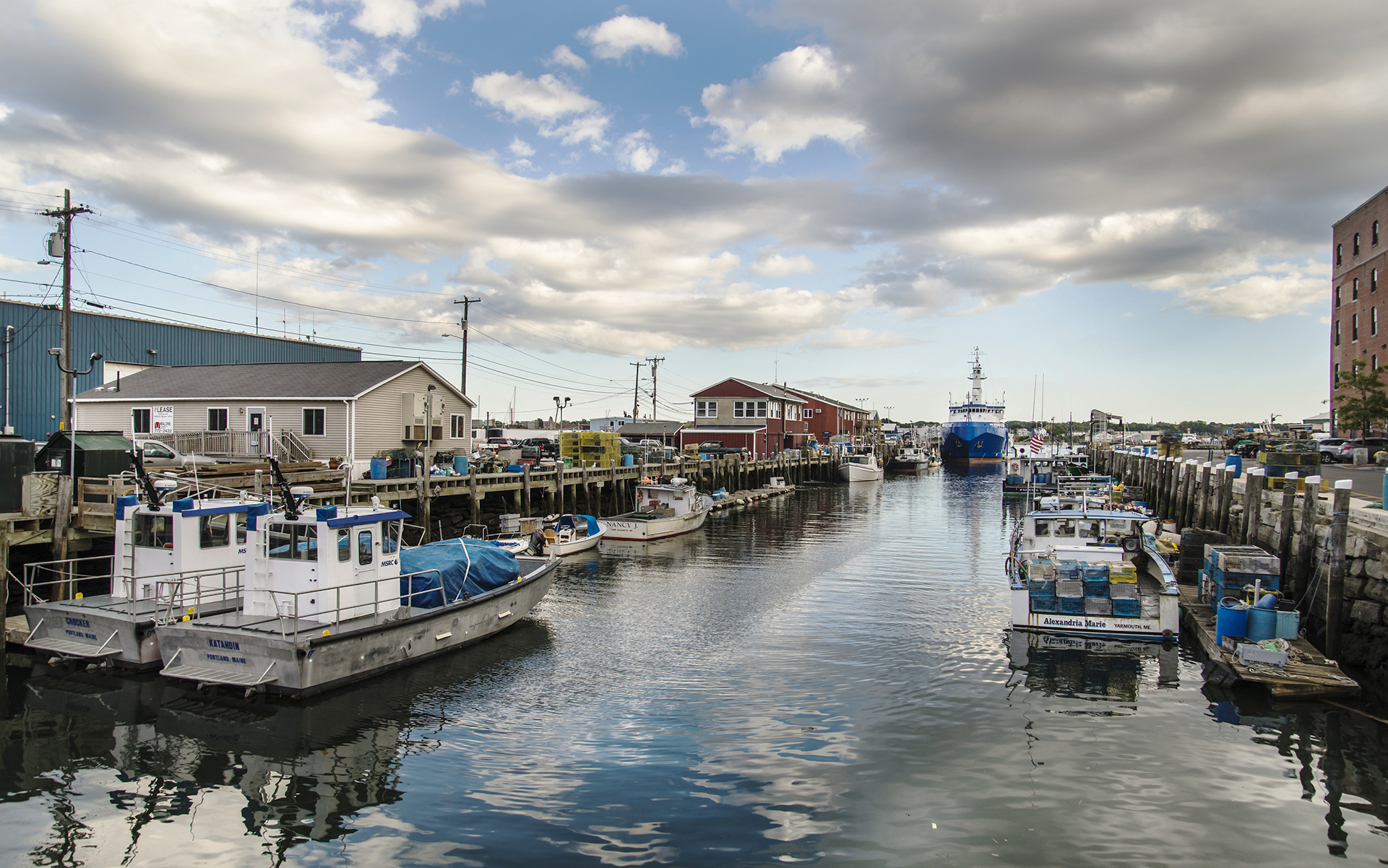 As the office warming party continued to buzz, I wandered outside to talk with the counter-counter-prohibitionists. No sooner had I exited the building than a middle-aged elfin man pointed and yelled at me.

In his hand he held a sign that read, “NO MPP FOR ME.” Part of the argument against Maine’s legalization bid is that it’s backed by the Washington D.C.-based Marijuana Policy Project (MPP), which in some quarters is considered a slick, corporate out-of-state special interest, even though the actual initiative was authored by the Legalize Maine activist group.

I identified myself as a reporter and tried to get the fella to explain how Question One would impact the medical marijuana program. But he couldn’t.

'I READ BETWEEN THE LINES!' said the man with the bullhorn.

To my left, I recognized a protest organizer who goes by the moniker Genesis Farms (that’s his on-line  name, not his agricultural enterprise) and is known for his social media attacks on Yes on One supporters. I’ve seen him around. He drives a jacked-up olive green van with “Vote No on One” stenciled on the tinted side windows.

Farms doesn’t like how Question One forces growers and retailers to submit to criminal background check similar to what Mainers who work with children undergo. Plus, he believes the initiative will destroy the medical marijuana program.

“Where in this bill,” I asked, “does it say the medical marijuana program will be eliminated?”

“I READ,” he roared through the bullhorn, “BETWEEN THE LINES.” 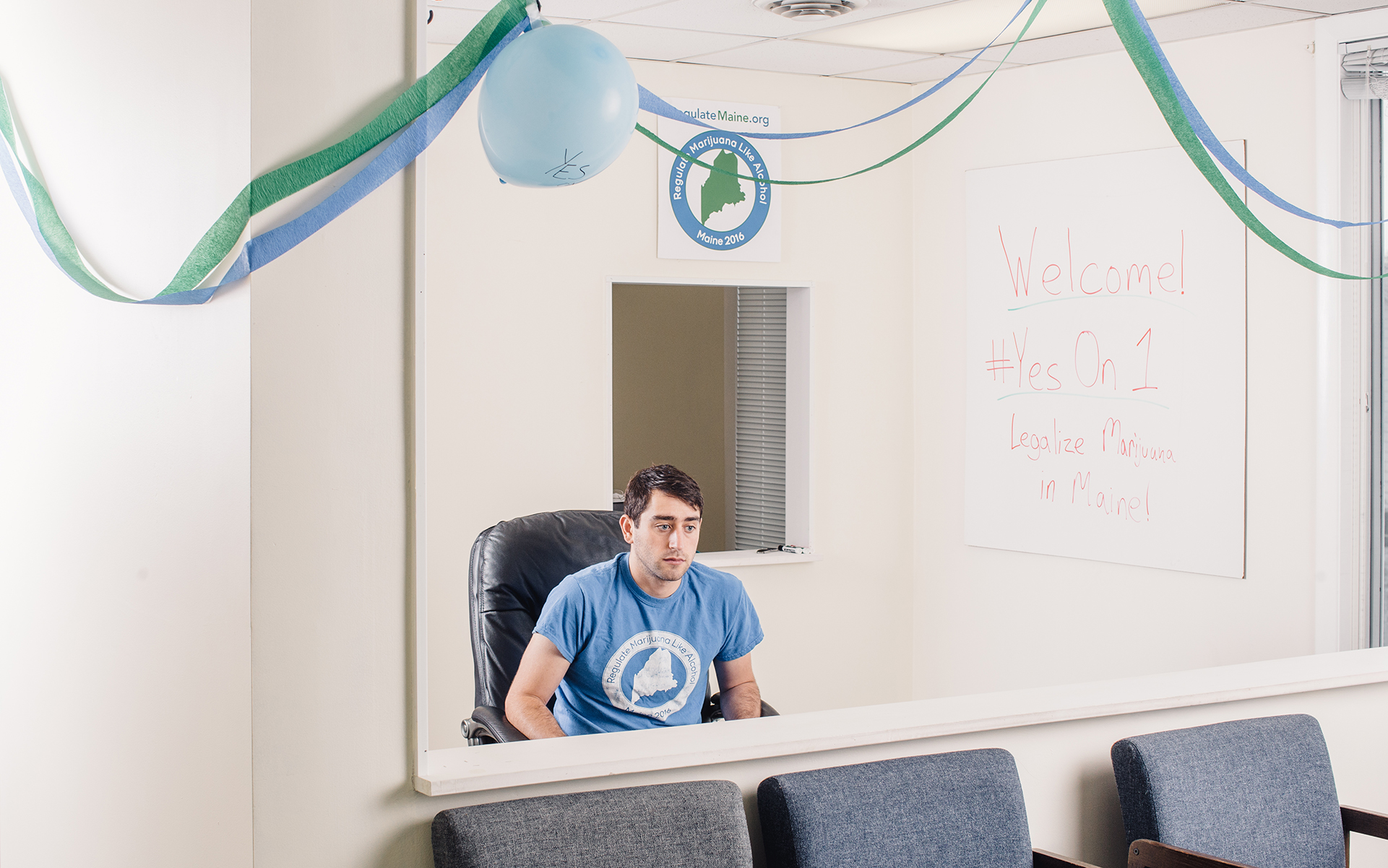 David Boyer, campaign manager for Regulate Marijuana Like Alcohol, sits in the organization’s headquarters in Portland, Maine on Monday, Aug. 1, 2016. “Question One is a good thing for patients,” he says. (Tristan Spinski for Leafly)

Back in the Yes on One office, I put those criticisms to David Boyer. He said neither the referendum nor MPP are out to shut down Maine’s medical cannabis industry.

“We want parallel programs,” Boyer insisted. The state’s medical program is needed to take care of patients under 21, for instance, and to prevent potency restrictions on medibles from interfering with the medicine’s efficacy. “Cancer patients,” he said, “need the most they can get in one bite, so [unlike recreational] you can’t have a dosage regulation.”

State Senator Eric Brakey, chair of the Legislature’s Health and Human Services Committee, was the sole elected official attending the party. He echoed Boyer. “Regardless of the outcome of Question One, I don’t see the medical marijuana program going anywhere,” he said. “In talking to the other legislators on the committee where we oversee the medical marijuana program, that’s pretty much been the consensus. The program is here to stay.”

Brakey, a Republican from the Ron Paul wing of the party, views the upcoming vote as a conceptual question more than nuanced lawmaking.

“Should we continue getting government involved in telling adults over the age of 21 if they can use a substance safer than alcohol?” he said. “Or not? That’s what the people are voting on.” Some of the finer details, he said, “will necessarily need to be hashed out in the Legislature as we go forward and try to implement this and make it actually work.” 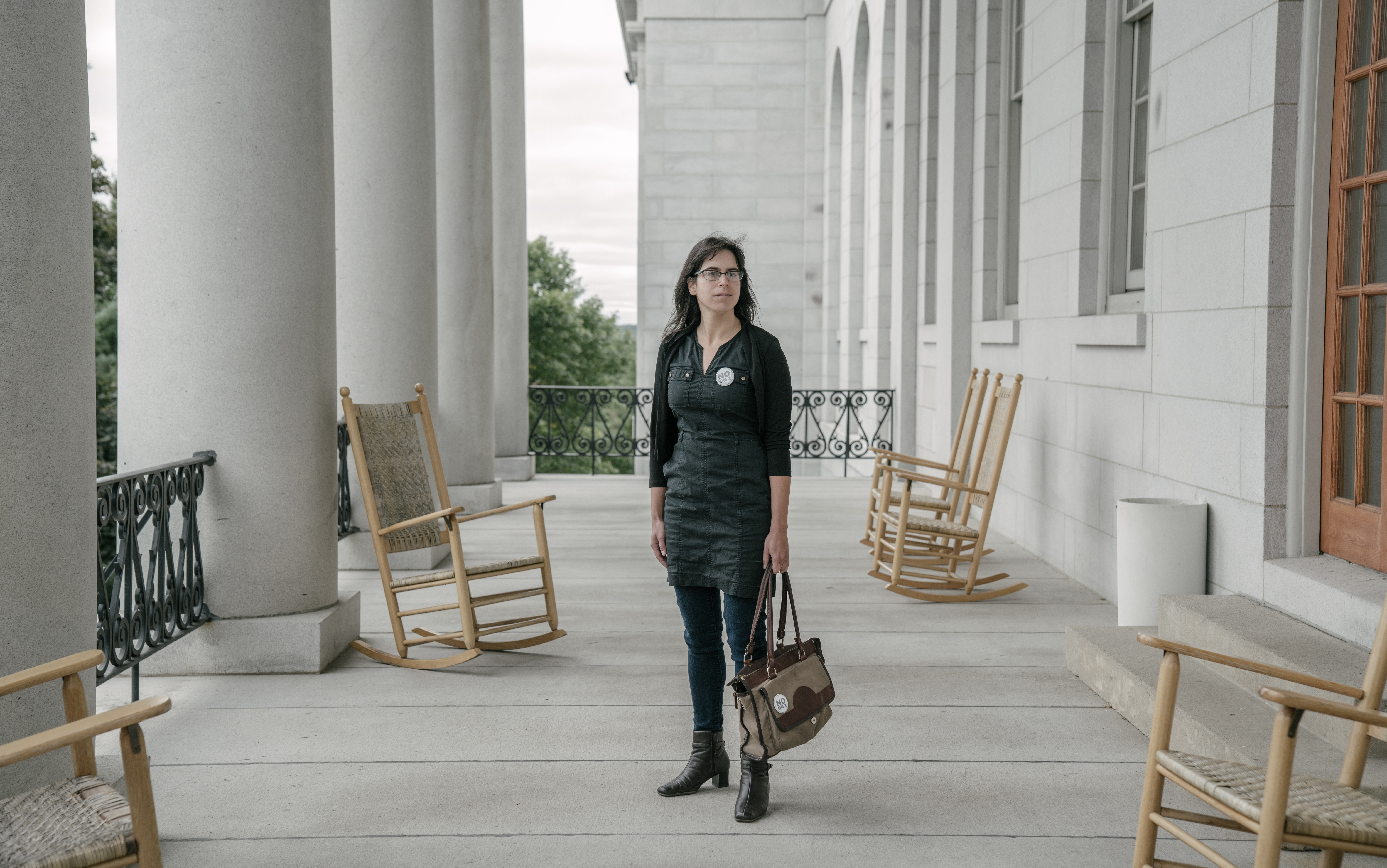 Finding a critical voice of reason

Not every dissenter screams  through a bullhorn.

Hillary Lister is one of Maine’s most recognized citizen activists. In 2006, she was infamously  arrested for chaining herself to the state capitol building to protest the building of a construction debris incinerator.

Lister opposes Question One because of its details. She doesn’t like the initiative’s first-year  800,000 square foot canopy cap and its two-tiered licensing system, with 40 percent of the licenses reserved for smaller grows under 3,000 square feet.

“Limited licensing inherently invites corruption,” she told me. “With a limited amount of licenses, you will have pressure from all the different entities that want a license. It artificially becomes a closed market, which I don’t think is a good business model. And will force a lot of people back into illegal growing.” Plus, under current state law, “we’re already far more decriminalized than any other state in the country.”

Lister would rather Maine pursue legalization through legislative action rather than a referendum. She’d prefer a licensing system akin to the state’s medical marijuana caregiver model. “Anyone who pays the fees and is in good standing could have this business,” she said, “instead of whoever has the connections and the funding.”

To spread her “No on One” message, Lister has a series of speaking engagements leading up to the vote. A friend set up a “GoFundMe” account to support her work. About $1500 has been raised, which Lister said will probably go towards yard signs urging a no vote. 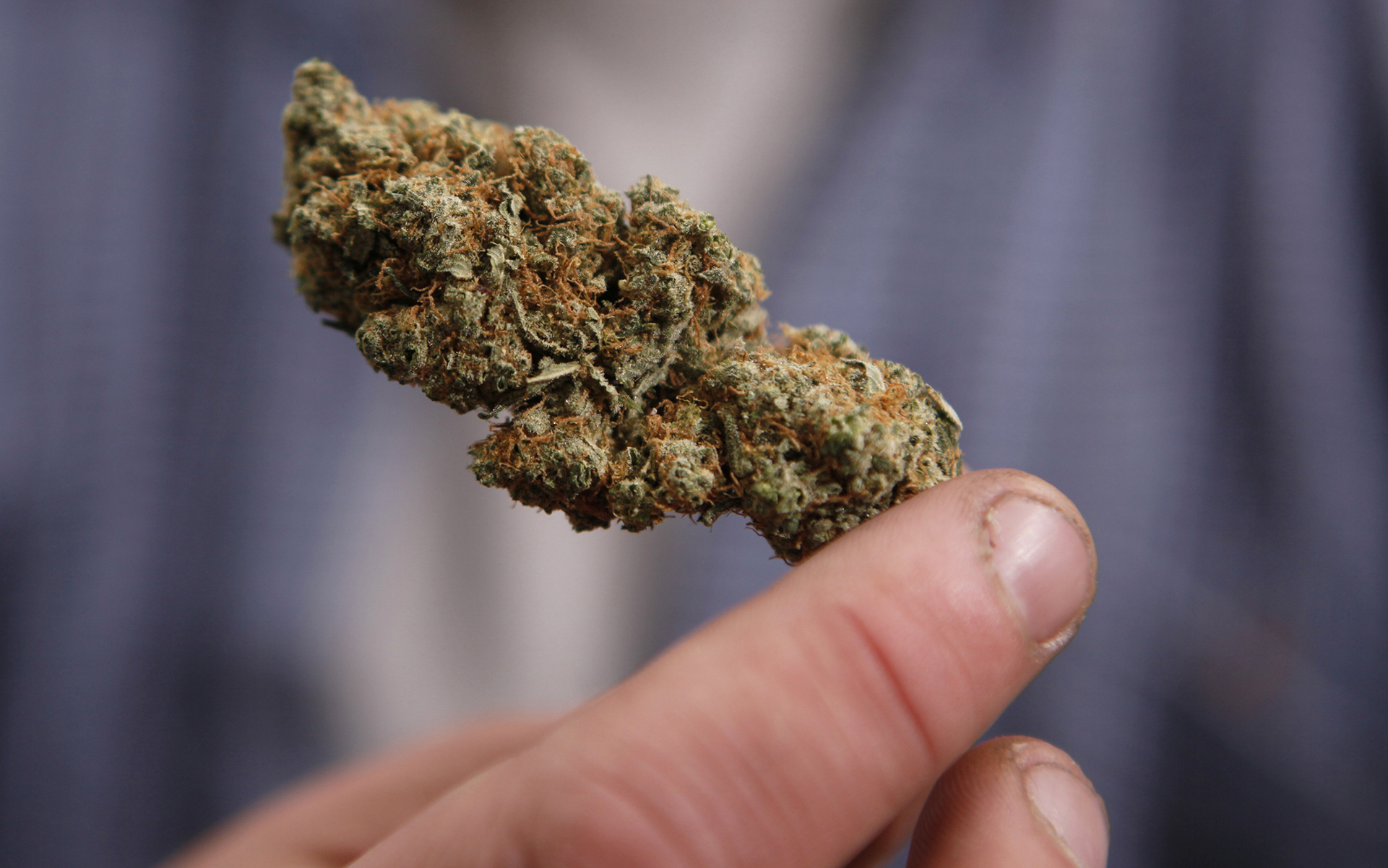 A bud of legally grown marijuana is held by a cancer patient in Portland, Maine. (AP Photo/Robert F. Bukaty)

The issues bothering Lister and others “are kind of minutiae,” said Alysia Melnick, political director of Yes on One. “The broader issue of whether adult use of marijuana should be legal, that’s really the question,” she said. “The details are things that stakeholders have, and will continue to have, a role in impacting.”

Melnick hopes that Lister remains at the table, despite her opposition. “She’s smart and knows a tremendous amount,” said Melnick, who has worked with Lister many times over the years. “She can carry tremendous value as far as educating policy makers about the best way to craft and implement policies around a number of issues, including this one.”

Melnick witnessed tons of political sausage-making while working as legal counsel and senior policy advisor to House Speaker Mark Eves  for three years. She understands how some in the cannabis community fear lawmakers messing with the legalization measure to detriment of the local marijuana industry.

Medical marijuana patients, she said, shouldn’t worry about losing their rights under legalization. “Maine is a really unique place where constituents have representation by people that really listen to them,” she said. “You only have to make a couple of calls to a Maine legislator to have them really pay attention.”

Melnick speaks from experience. In 2011, the state required patients to register with the DHHS, and ordered doctors to report patient medical conditions. Melnick, then working for the ACLU of Maine, helped lead the fight on behalf of patient privacy and civil liberties. When hundreds of folks from the medical marijuana community flocked to the Statehouse to protest the changes, lawmakers eliminated the patient registration and doctor reports.

“We were able to have some say in changing it back because it was clear the people had voted on one thing and it had been changed dramatically,” she said, remembering the battle. “It’s amazing how much Maine lawmakers know about the medical marijuana program. It’s because people have turned out and shared their stories. I hope the same would hold true if people were potentially being pushed out of this industry that’s going to bring incredible economic opportunities that are desperately needed. This is not going to be a single industrial grower getting a contract. One of the core pieces of Question One is the hope and belief it will bring economic relief to Mainers across the state.”

Melnick believes Maine voters are ready for legalization, especially if they understand the social justice and economic benefits of Question One. “I hope the people come together and pass this,” she said. “Then we can quibble over the details.” 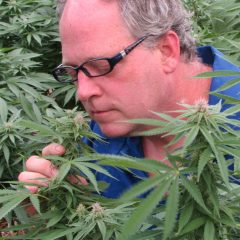 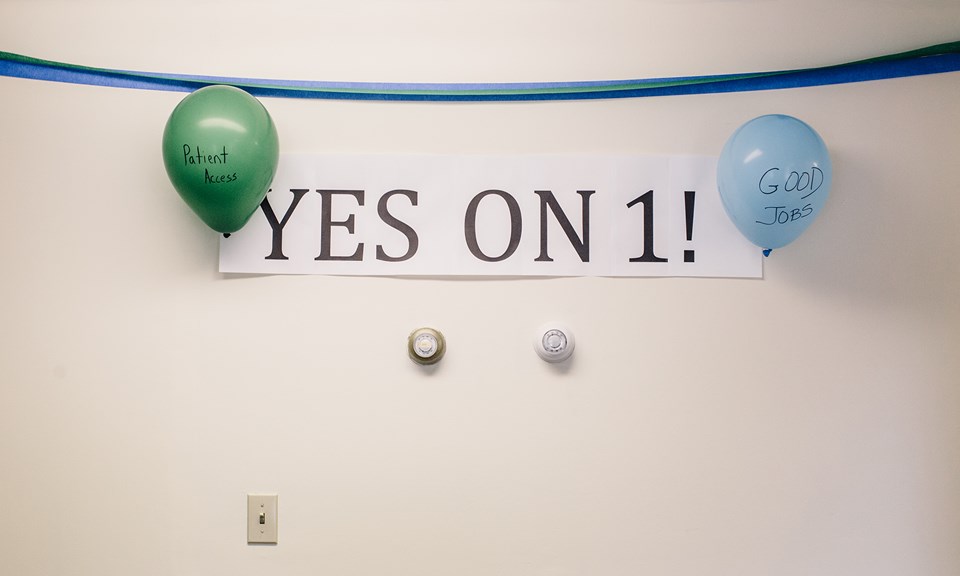 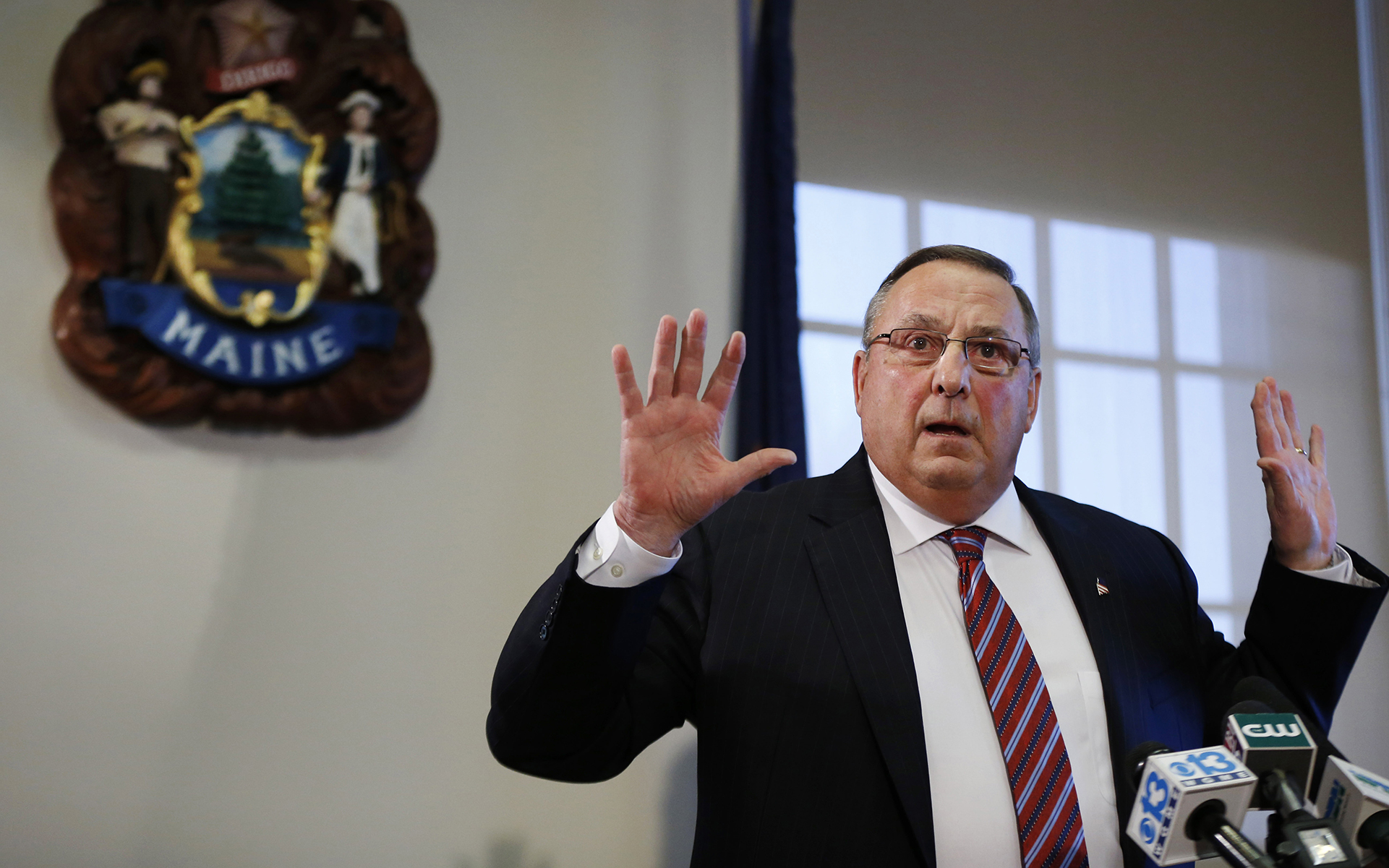 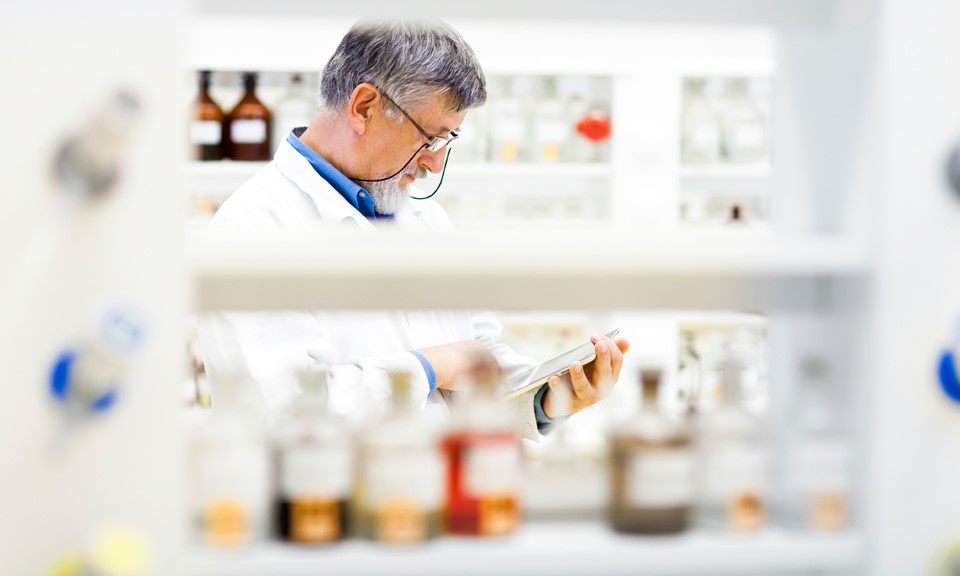