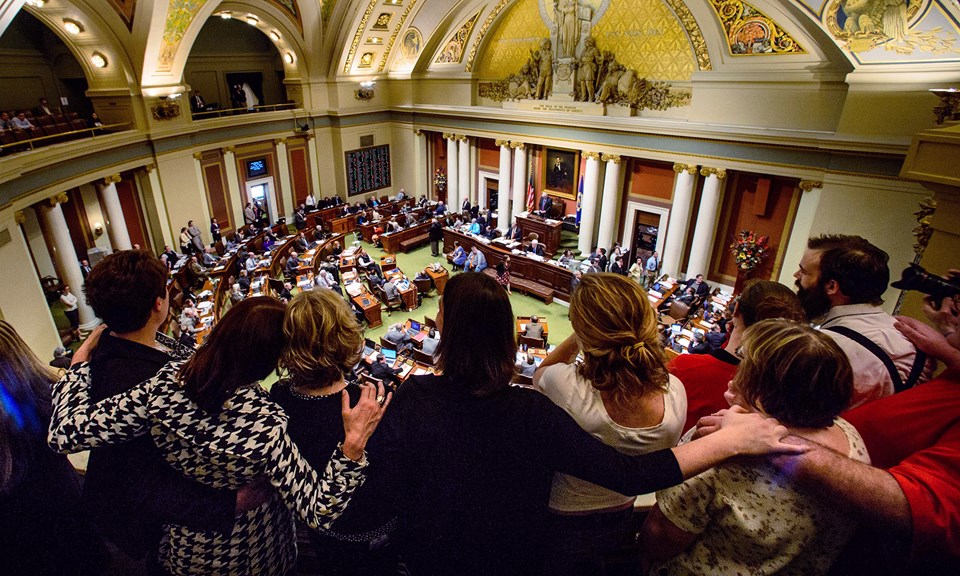 MINNEAPOLIS (AP) — Judy Bjerke Severson wants to be normal — visit friends and family, go to the grocery store or even sleep in her own bed — but she says the crippling pain from fibromyalgia and back surgery complications, as well as a painkiller-induced fog, have made her a shell of her former self.

Monday brings a sliver of hope to her and other Minnesota residents who have incurable pain: They can finally buy medical marijuana. Bjerke Severson will be the first to be seen Monday at a Bloomington clinic, one of eight statewide that sell the medicine.

"I could just cry I'm so excited," the 70-year-old Edina woman said. "I don't enjoy this life I have right now."

Expanding the list of qualifying conditions to include intractable pain marks a critical juncture in the year-old program, which is among the most restrictive in the country. Manufacturers and patients have big hopes that it will usher in thousands of new patients, eventually bringing down high costs — which exceed $1,000 a month for some patients — and easing dependence on addictive narcotic painkillers.

Those hopes were buoyed by data from the state showing nearly 500 patients suffering intractable pain had registered in July, the first month of registration and a month before legal sales could begin. That's more than five times the number of people who signed up in the month ahead of the program's launch.

The Minnesota Legislature legalized medical marijuana in 2014. The law bans the plant form, but allows pills, oils and vapors to be used by patients with nine serious conditions who received their doctor's permission.

Kyle Kinglsey at Minnesota Medical Solutions, one of the state's two medical marijuana manufacturers, said he's confident a largely problem-free first year and his company's own outreach efforts to the medical community would make it easier in the second year. He also said he thinks doctors, many of whom patients have said are wary of the health benefits and possible drawbacks of marijuana, will be convinced it's an attractive alternative to addictive and often deadly opiate painkillers.

"The reason why I left a comfortable job … was to help fight the opioid scourge. Medical cannabis is one of the tools that will help fight the crisis," said Kingsley, the company's chief executive.

The long-awaited expansion is welcome for patient advocacy organizations, though Maren Schroeder doubts whether it would have any impact on the program's costs. Her patient advocacy group, Sensible Minnesota, is pushing to allow patients to use the plant form and has petitioned Ehlinger to add post-traumatic stress disorder as a qualifying condition next year.

For now, manufacturers and patients are focused on intractable pain, which the state defines as pain that can't be otherwise treated or cured.

For Bjerke Severson, that means muscle spasms, tingling and fiery pain so severe she can barely walk. Having lived the last two decades with chronic pain, she struggles to describe it.

Bjerke Severson knows medical marijuana won't be a magic cure. But she is hoping to kick the hydrocodone and get some relief.

"I would love to do an errand," she said. "Things that people not just take for granted, but busywork they're sick of."