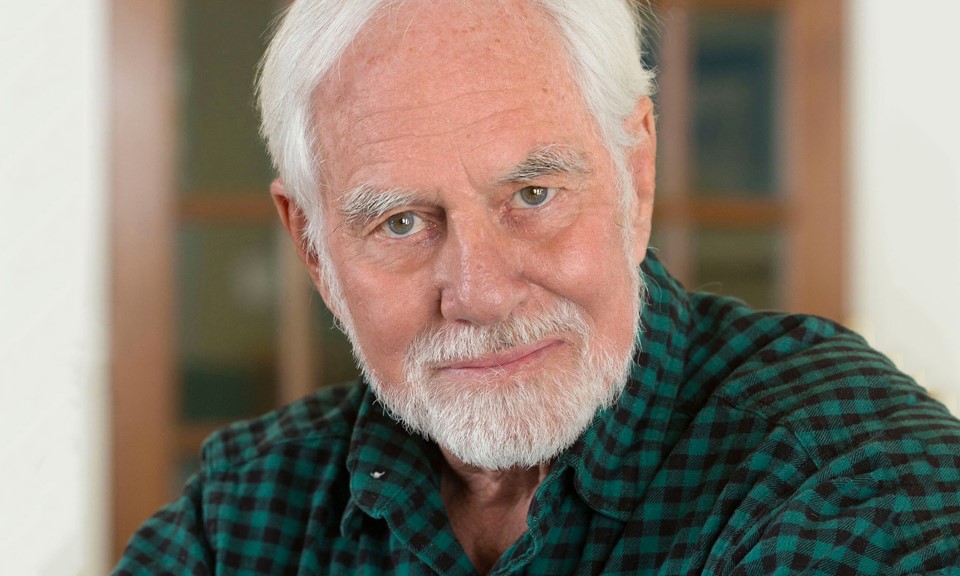 Vermont may soon become the first state to legalize cannabis through legislative process instead of voter initiative. Earlier this month Gov. Peter Shumlin unveiled a plan to legalize, tax and regulate cannabis for recreational use.

Soon after Shumlin’s announcement, an unexpected supporter lined up behind the governor’s proposal. Kimberly Cheney, a Republican who served as state attorney general from 1973 to 1975, revealed that he would star in a series of ads for the Vermont Coalition to Regulate Marijuana, the legalization advocacy group. A regulated system, Cheney said, would mean quality assurance, limited access, and a safer Vermont.

Leafly caught up with Cheney a few days after the release of the ads. He spoke about the pros of legalization, the cultural hang-ups around cannabis, how to grapple with DUI-law limitations, and the difficulties faced by law enforcement officials who’ve shouldered the burden of beating back the black market. A more sensible policy, he said, requires a different harm-reduction approach, one involving educators and health workers as well as law enforcement authorities, a model that isn’t possible under prohibition.

Leafly: Why did you decide to take a public stance on this?

Cheney: I began in law enforcement in the late ‘60s and continued into the early ‘70s, and that was the beginning of the war on drugs. I think every American family has an alcoholic in it, and when I became part of the prosecutions of people who were coping with drugs or alcohol, it seemed to me that the old story of prohibition was a bad one. I mean, AA is such a good example for alcohol and other social measures rather than criminal enforcement. It seemed to me to make sense.

Also, during the Vietnam War, which was going on at the same time the war on drugs began, it was class warfare. The whole effort seemed to me misguided, and from the beginning when I ran into it as a responsible law enforcer, I didn’t think it was a good policy. At the same time, the votes were in making busts. There was a lot of fear and a lot of folks who saw significant social change going on that they didn’t like. So it was a mixture of forces at work then, but it didn’t seem to me that criminal law was the way to deal with them.

Given that law enforcement have such a front-row seat on the ravages of the drug war, why do you think so many officers remain so staunchly against legalization?

I need to start by saying I really think police officers believe and think that their policies are helpful to society. I don’t think there’s cynicism about it. When you see the ravages of the social structure that drug abuse creates, and you’ve been brought up and charged with stopping it, you get that mindset that this is what you’re there for and what you need to do. On the other hand I’ve talked to several members of LEAP—Law Enforcement Against Prohibition—who say, “Look, I am just doing penance. I participated in a war that had all kinds of casualties to a lot of people, and I feel badly about that and want to take steps to make amends.”

So many LEAP members are retired. Do you get a sense it’s difficult when someone’s in an official capacity to be able to take a public stance on this?

Yeah, I think the social expectation—this has become a police problem. By definition people look to the police to solve what is a socially disturbing and destroying event. And where you become a spokesman, and advocate for a point of view, you’re subverting that from within. You’re in for trouble. I think the problem is essentially making it a police problem. It’s really a broad public health problem, and the people who should be coordinating it or speaking for it are not the ones that are out making the busts. It’s the people who are running the education system, the rehabilitation system and, yes, the police system in a coordinated way. I think it requires a whole change in perspective on harm reduction.

It seems there are some good intentions behind prohibition. Who do you think are the most important people to win over in this debate, and how do you talk to them on their level?

That’s the whole dilemma of democracy, isn’t it? When there’s a problem and when things you’re doing now don’t resolve them—and it becomes obvious to a lot of people—then you’ve got a mix of people who want change. But I think the racial impact of the war on drugs is so plain in the bigger cities. As people see what is happening, change is in the air. People can—you know, we went through alcohol prohibition, “The Noble Experiment,” but when it failed and produced all the collateral damage, people were ready for a change. I think that’s what’s going on today and I think it’s taking time.

LEAP’s position, and mine, is that all drugs wrongfully used are harmful. We’re not advocating people take drugs. We’re saying that harm reduction requires a different strategy.

How hopeful are you that things will change in Vermont? You started by mentioning Vietnam and the cultural revolution that was happening at that time. What we saw in the 1980s was a swing back in the other direction, and the war on drugs. Do you think this is changing for good, or could things still go the other way?

There’s definitely a link between the tolerance for alternate lifestyles that has grown up and the tolerance for individual risk taking. I think there is a recognition that the war on drugs simply hasn’t worked. The evidence is all over. The opiate abuse problems that every state has, that every city has. If the war on drugs was successful, we wouldn’t be having those problems.

I just want to stress that, to me, this isn’t about the drug, it’s about the system. Prohibition I think has been harmful. Einstein said it best: Insanity is doing the same thing over again and expecting a different result.

We’ve seen you making the point that legalization would let you set sensible regulations. Can you talk a little about driving under the influence? One of the biggest fears among cannabis users is that, because of how long cannabis stays in the body, you might test positive even if you’re no longer impaired.

Well, as you point out, there’s no simple blood or breath test that’s going to tell whether you’re under the influence. I think there are crimes, just like driving recklessly or driving negligently are criminal offenses, and presumably if somebody’s driving is erratic, that’s a criminal offense; it doesn’t matter what the cause is. You have to prosecute the behavior and not so much worry about the cause with marijuana. All the DWI cases I tried, people were stopped and they’d blow high alcohol numbers. I don’t know that there is any great solution for that problem. I personally am unaware whether any of the personal balancing tests or any kind of indicators, whether you’ll get any normative departures from marijuana intoxication; I just don’t know. I suspect if marijuana causes a disability to drive a car properly, there ought to be a way to detect it.

Why Is Ben & Jerry’s Keeping Mum on Legalization?

Even research on that front would be easier if prohibition were lifted, is that right?

Well yeah, at least you could do what we used to do, is have cocktail parties among prosecutors. And anyone being ready to spend the night in the hotel, you’d take breath tests in the evening so you could get an idea of what a BAC felt like. I guess if marijuana is illegal to possess or use, you can’t very well do those experiments.

I recognize a Republican in Vermont may be different than Republicans elsewhere, but traditionally the party has been more lukewarm on legalization. Would that be fair to say? And if so, how does it begin to change?

I don’t whether it makes sense to generalize. I think there are libertarians who want people to have personal freedom even if they’re being hedonists, as long as they don’t hurt somebody else. That’s a very sensible position, you know? The hurting other people—it’s kind of like the motorcycle helmet law in a way. Sure, you may think you’re just hurting yourself, but when you smash your head up it’s going to cost a lot of money to try to fix it. So these things are mixed issues. I don’t think you can pigeonhole people by their political persuasion.

Are there other states that you, just as a former state official, are looking at with interest around this issue?

Obviously the states are social experiments. I think the main thing is that if you have the opportunity to have a carefully done law instead of a ballot issue, I think you have a chance to have a sensible outcome.

That’s a big one for a lot of people who’ve worked in government. Can you speak a bit more about that difference?

You’ve got to look at alcohol again. This is a complicated problem. If you’re going to have a legal distribution system and you’re going to regulate purity and regulate branding and everything else that goes into a legalized system, this is not something that is simple. It requires a real knowledge of the whole pharmacology of marijuana—which I certainly don’t have—and assumptions about a distribution and economic system. These are complex issues.