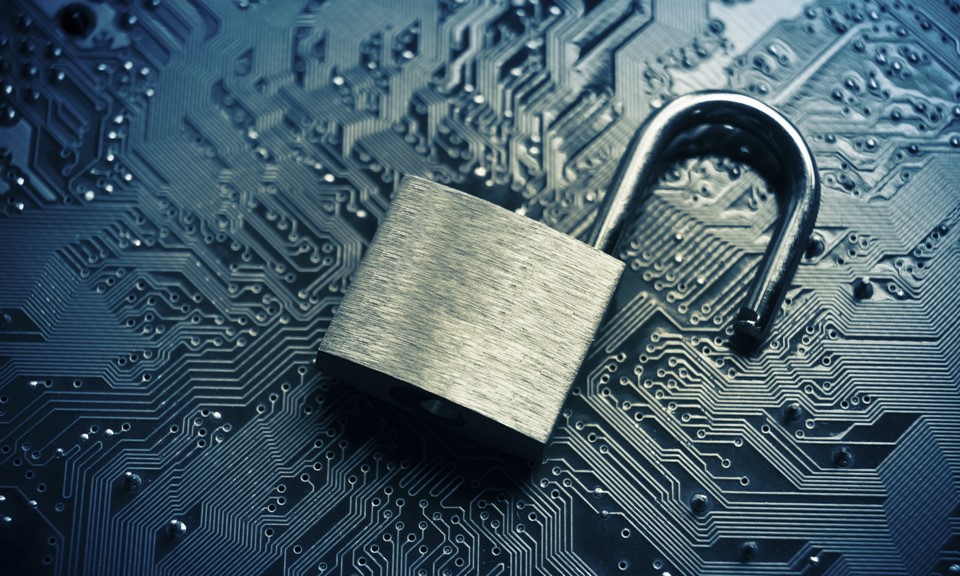 In the wake of the recent data breach at the Washington Liquor and Cannabis Board (WSLCB), which released sensitive personal and financial information about cannabis license applicants to the watchdog website 420Leaks, many in the cannabis industry are asking: Who is 420Leaks founder John Novak, how did he end up with that data, and what’s he going to do with it?

Leafly reached Novak at his home in Lake Forest Park, Wash. He was happy to talk about it.

To answer the main question: He’s not out to steal anyone’s identity. He was, in fact, surprised the information landed in his lap.

“I had no idea this was going to include the entire application process,” he said. “That’s not what I was going for. I just wanted email exchanges because I’d heard people were getting screwed in the process. I just wanted to see if there were any irregularities, and then Whoa what is this? Holy crap.”

Novak is what government officials call a “super-requester,” a government watchdog who files massive and frequent public records requests. The recent flap over the WSLCB’s erroneous release of applicant info came out of a sprawling request Novak made for all information on collective gardens. In early May, the WSLCB sent Novak a collection of records that included a “redact” folder, which contained sensitive tax and financial information about some license applicants. WSLCB official Melissa Norton later to wrote Novak that “It is our belief that in error the ‘redact’ folder was included” in the release.

On June 8, the WSLCB sent out a letter to a number of license applicants informing them of “a data security incident” and that “your personal information may have been potentially exposed to others.” For those in the industry whose personal data was leaked, it was an unsettling letter to receive.

A copy of one such letter was obtained by KOMO 4 News: 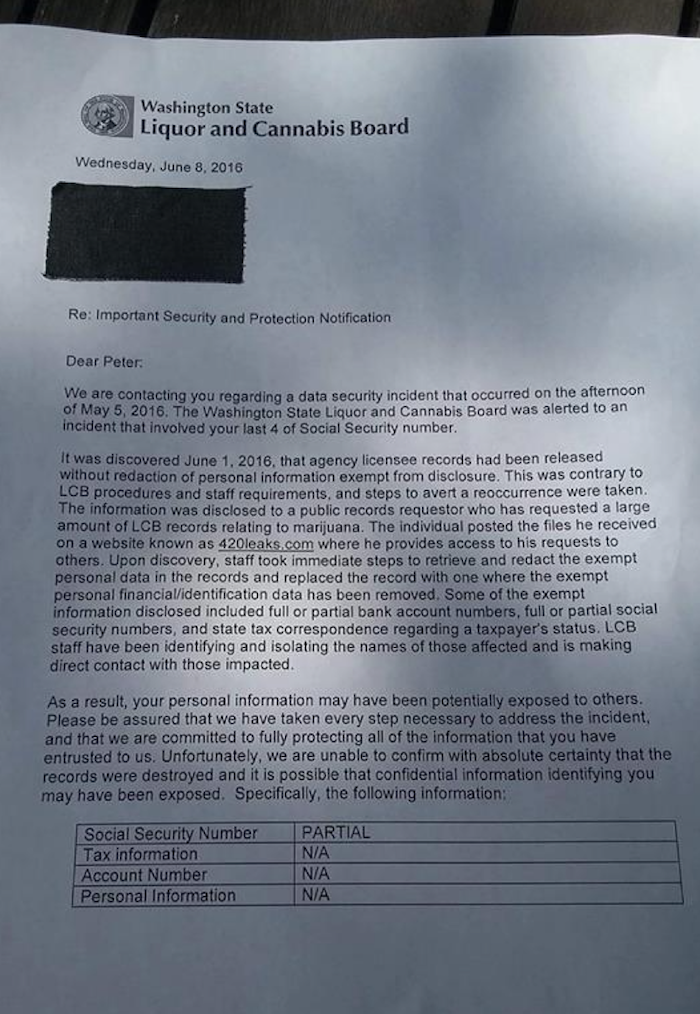 Novak sees himself as more a public servant than a gadfly.

“The goal [of 420Leaks] is running an open government, with accountability,” he told Leafly. “We’re trying to get a spotlight on the fact that medical patients are getting knocked out in this whole process,” he added, referring to Washington state’s efforts to bring the medical marijuana system under the umbrella of the legal recreational cannabis industry. The rift between the state’s medical marijuana community and its recreational cannabis system is a wide one, and 420Leaks is emblematic of the MMJ community’s distrust of the state regulators in charge of that system.

Novak and his main collaborator on the site, John Worthington, began simply as medical marijuana patients growing their own cannabis. However, both were the subject of multiagency raids — Worthington in 2007 and Novak in 2010 — which sparked their ire. The experience, Novak said, transformed him from a medical marijuana activist to a transparency hawk.

“The reason I’m still big on this is that I was raided back in 2010 by a big task force team in Okanogan County under the false assumption that I was a big criminal kingpin,” said Novak. It also soured him on the state’s fledgling legal cannabis industry, ushered in under Initiative 502. he said, as he felt the persecution of patients and adult-use legalization went hand in hand.

“I realized very quickly that this thing is corrupt, and there’s no freaking way in hell I’m going to get involved with it because of everything I saw and the corruption around my raid,” he said. “It’s taxes and it’s controlling the resource. It’s capitalism. It’s everything that’s wrong with America right now. It’s happening in the cannabis world now, and it’s ruthless.”

Novak doesn’t see himself as an outsider. And he’s not exactly an anticapitalist crusader. When it comes down to it, he said, he’s just a guy who wants to grow his own, which isn’t allowed under I-502.

“I’m not anti-business,” he said. “I’m not even really anti-502. 502 was never supposed to do this. Maybe [it was supposed to stop] the [medical marijuana] storefronts, but not the home grows.”

“I just want to grow my plants and share with my friends and family,” he said. “I’m pretty much out of this whole thing as soon as they allow all adults to grow some plants themselves. I’m done. I want to go back to selling petunias and fruit trees.”