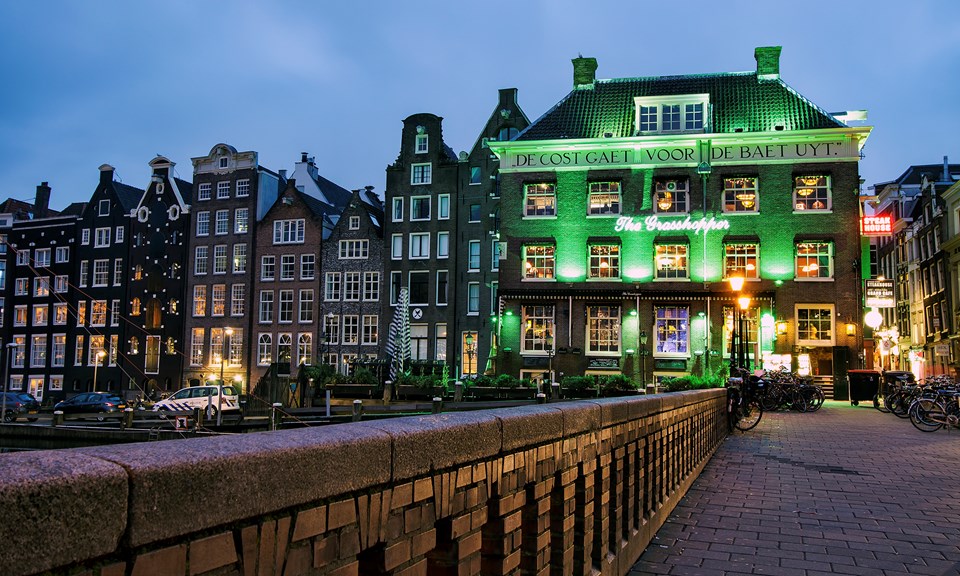 AMSTERDAM — Nobody expected the 2014 High Times Cannabis Cup, the festival’s 27th iteration, to be the last. But organizers applied for venue permits too late, and local authorities wouldn’t allow the expo to move. Vendors from all over Europe and North America were literally left out in the cold that November, gathered in front of Amsterdam’s famous Melkweg (Milky Way) concert hall.

Like that, it was over. In the aftermath, High Times decided to stop organizing the annual gathering in the Netherlands. And the oldest Dutch contest for judging cannabis, the Highlife Cup, went underground this year.

The losses were a disappointment to the global cannabis community, but they also left a door open to newcomers. This year two new contests have stepped up to fill the gap.

The End of an Era

High Times’ decision to leave Amsterdam marked the end of an era. For nearly three decades, thousands from the U.S. and Canada had flown to the Netherlands to enjoy the sort of freedom they could only dream of back home. To be able to just walk into a store and buy top-quality flower and hash, to actually ask a cop for a light with a big spliff in your mouth — tourists couldn’t believe it. And year after year, they kept coming back.

Over the years I’ve met so many North Americans who had planned and saved up money for years to attend the High Times Cup. The somewhat spoiled, sometimes jaded Dutch tokers could learn a few lessons from these passionate overseas activists and connoisseurs. The late great Jack Herer was a regular for years, spreading his message that hemp could save the world. All this came to an end in 2014; High Times left Amsterdam and now runs multiple Cannabis Cup events in the United States and Jamaica. (Permit issues, however, persist. In March, High Times announced a last-minute, 800-mile relocation of its flagship event from Colorado to California.)

For a while it seemed only one Dutch cannabis contest was left: the Highlife Cannabis Cup, started in 1993 by the Dutch-language Highlife magazine. The contest has a only a single panel of expert judges, each of whom samples every entry submitted.

The event had thrown an awards ceremony at Amsterdam’s Cannabis Liberation Day for three years, but the celebration has now gone underground. This year’s winners were published unceremoniously on the internet in June.

In the post-High Times Cup era, two new cannabis competitions have emerged: the Elite Cup, in Amsterdam, and the Homegrown Cup, held in the southern city of Eindhoven.

The Elite Cup picked a week in late November last year. The first edition featured two coffeeshops and 12 private entries, mostly from seed banks but also from a Spanish cannabis social club. The second interation was held in Amsterdam this past April, centering around the 420 holiday. The number of entries skyrocketed to more than 60, and the number of categories grew to 12, including rosin, shatter/wax, edibles, and live resin. Samples are tested by both “elite judges” and “public judges.” Participation is by invitation only, but anyone can put their name on the list to buy a judges pass.

The Homegrown Cup is a more modest affair, in more ways than one. The event in Eindhoven builds on the ancient tradition of celebrating the harvest at the end of the season, founder Mauro Picavet told Leafly.

“We want to highlight the benefits of growing your own cannabis for personal use, whether it’s recreational, medical, therapeutically, or a combination of all those,” he said. “Anyone can enter, even if you only grow one plant in your garden.”

The first Homegrown Cup took place at an undisclosed location in Eindhoven, the biggest city in the Southern Dutch province of Brabant, considered by police to be the epicenter of Dutch cannabis cultivation. Fifteen entries were tested during the night, with the contestants themselves judging the samples.

For Dutch cannabis connoisseurs, these contests offer a rare occasion to sample different concentrates, such as shatter, rosin, and wax. These are very seldom offered at the country’s cannabis coffeeshops, which stick to flower and traditional, usually imported hash.

The Elite Cup has recently announced a Barcelona event to be held in October, and the second iteration of the Homegrown Cup will take place Dec. 17.