Why We’re Crushing Hard on Susan Sarandon (and Why You Should, Too)

Lisa RoughOctober 5, 2016
Share
Share on Twitter   Share on Facebook
Print
WASHINGTON, DC - AUGUST 24: Actress Susan Sarandon participates in a rally outside the US District Court in solidarity with the Standing Rock Sioux Tribe in their lawsuit against the Army Corps of Engineers, on August 24, 2016 in Washington, DC. (Photo by Riccardo Savi) *** Please Use Credit from Credit Field ***
Susan Sarandon is an icon of Hollywood and, what’s more, she’s outspoken, not only about her cannabis use, but also her belief that everyone should choose cannabis over alcohol. “I’m a huge believer that if more people smoked – not just for medicinal purposes, but for lifestyle purposes, instead of drinking – the world would be a better place,” she told High Times in a no-holds-barred interview.

Her support for cannabis legalization is just one of the reasons we love Susan Sarandon. More than just being a bad-ass feminist icon, she is an enigma full of secrets, mysteries, and cool trivia. Here are some of the more fascinating tidbits about one of the most respected actresses in Tinseltown.

She can do the Time Warp

Long before she advised a man on death row, Sarandon starred as the naïve and beautiful newlywed Janet in The Rocky Horror Picture Show. Although the musical horror comedy flopped with critics when it first came out, it quickly became a cult classic and is still regularly screened at midnight showings that encourage moviegoers to dress up as the characters and bring props to fling around.

She used to be married to a Princess Bride alum (it was Prince Humperdinck, but still)

Long before she entered into a 23-year long relationship with Tim Robbins (of The Shawshank Redemption fame, among other films), Susan Sarandon, née Tomalin, was married to Chris Sarandon, who played the notoriously despised Prince Humperdinck in The Princess Bride. The pair divorced in 1979, long before he tortured Buttercup’s true love.

Although Sarandon had no prior interest in acting, she accompanied her then-husband Chris on an audition for the controversial 1970 film, Joe. She ended up being cast in a pivotal role that features her character overdosing, which drives her father to seek vengeance against drug dealers and pro-drug hippies.

She has exquisite taste in vampires

She performed opposite the late, great David Bowie and Catherine Deneuve in the 1983 sexy vampire flick, The Hunger. In this film, Deneuve seduces Sarandon’s character and gives her immortality. (Alas, eternal life didn’t extend to Sarandon herself, which is a shame because we really do want her around forever.)

She is a UNICEF Goodwill Ambassador

Sarandon has dedicated a significant portion of her time to fighting hunger, promoting women’s rights, and helping those with HIV/AIDS. She was appointed to Goodwill Ambassador in 1999 after receiving the Amnesty International USA Media Spotlight Award for Leadership.

She’s an activist for racial justice 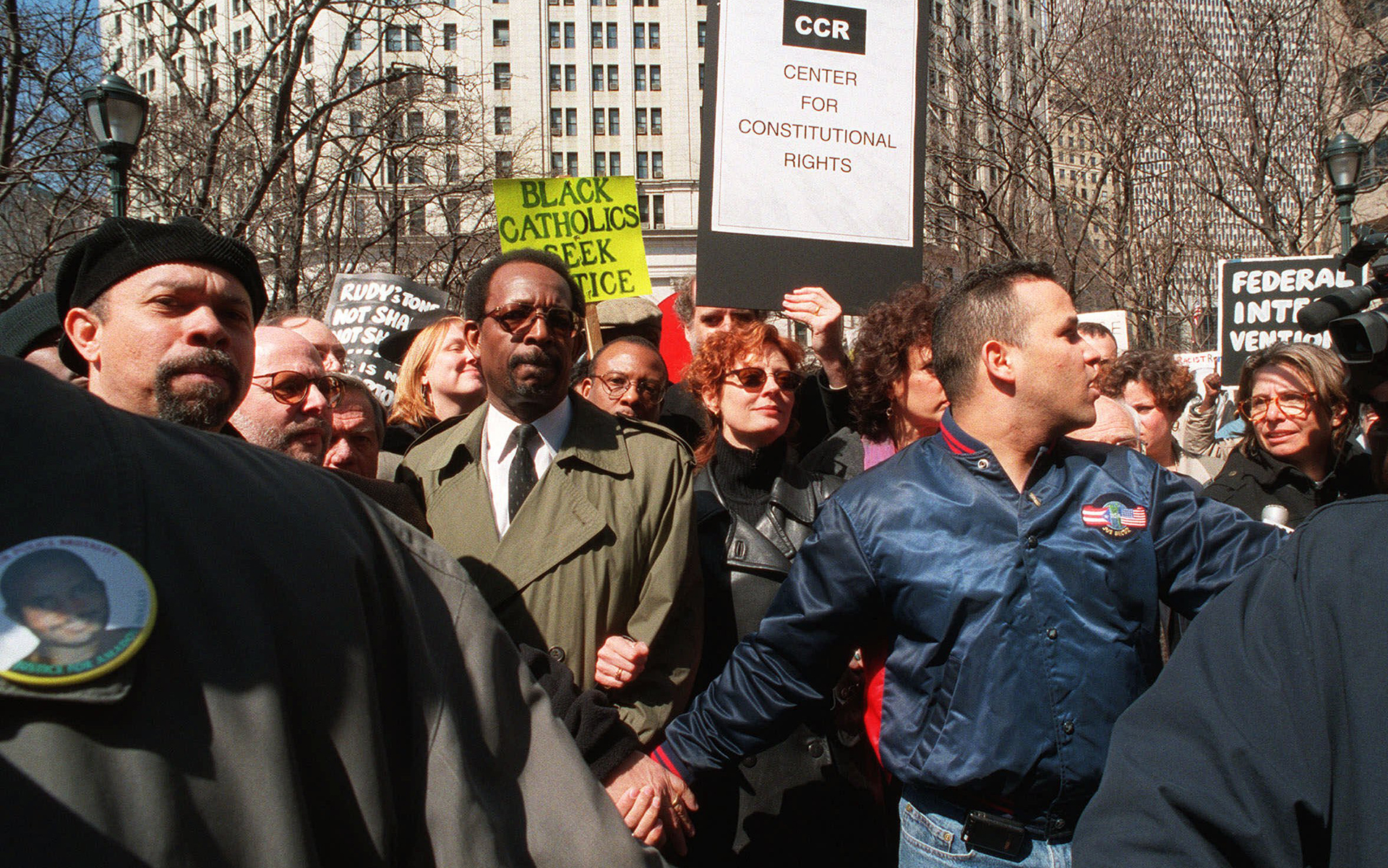 Actor Susan Sarandon, center, takes part in a protest at New York’s police headquarters Thursday, March 25, 1999. Sarandon was among 219 people arrested for blocking the entrances to police headquarters, the largest group so far in a string of daily protests against the police killing of an unarmed African immigrant. (Mitch Jacobson/AP)

In 1999, Sarandon was arrested for disorderly conduct in New York while protesting the shooting of an unarmed West African immigrant, Amadou Diallo, by four police officers. Diallo was a 23-year-old immigrant from Guinea when he was shot 19 times by officers outside of his apartment. He was unarmed and matched the description of a suspected rapist, but officers fired without warning, killing Diallo. The officers were later charged with second-degree murder.

She’s one of a kind

Callie Khouri, the writer of Thelma & Louise, wrote the role of Louise Elizabeth Sawyer with only one actress in mind to play the feminist icon. Sarandon won the role handily despite Geena Davis pushing for the part. Not only that, but these big-name actors knew how to let loose, even on set. During the roadhouse scene, Sarandon and Davis knocked back a few (real) tequila shots, while Brad Pitt and Michael Madsen admitted they snuck off between takes to smoke a joint together.

While she may not personally believe in marriage, she does believe in equal rights

Sarandon has had several long-term relationships, including a 23-year-long one with Tim Robbins that resulted in two children together. She may not believe in marriage, but in 2003, she lent her voice and support to the Human Rights Campaign in support of gay marriage equality, with the message, “Marriage may not be my thing, but if it’s your thing, you damn well ought to be able to have it – equally, and unequivocally.”

Sarandon won the Oscar for her portrayal of the nun Sister Helen Prejean in Dead Man Walking. The movie was based on Prejean’s controversial book on the death penalty, and not only was she alive when Sarandon won the honors, she was in attendance at the Oscars ceremony.

She’s a sexy mama and she knows it

In this Saturday Night Live digital short called “Motherlover,” Sarandon proves she’s still irresistible after she and Patricia Clarkson are seduced by Justin Timberlake and Andy Samberg in lieu of a Mother’s Day present.

She knows how to have a good time – with ping pong!

An avid table tennis enthusiast, Sarandon teamed up with SPiN, a global “ping pong social club” chain, to open various clubs devoted to the indoor sport. SPiN has locations in New York, San Francisco, Los Angeles, Chicago, and Toronto, and offers reservations for events and tournaments. The club includes such amenities as sustainable farm-to-table menu items, handcrafted cocktails, and craft beers, in addition to rousing energy of a solid game of table tennis. Pong on!

Other Actors We Love