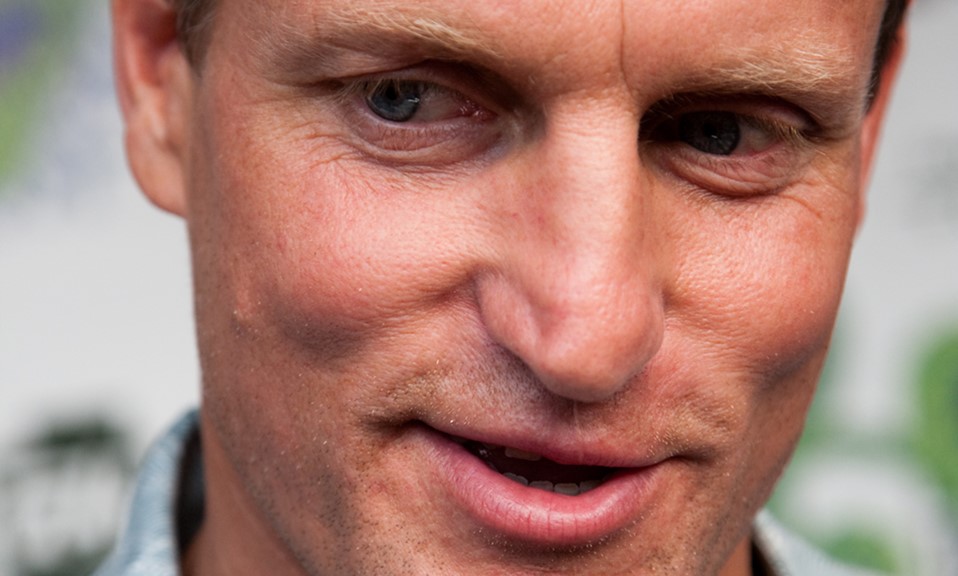 Woody Harrelson’s cinematic career is an embroidered tapestry of vivid insights into the human condition, exuberant and debaucherous humor, and gems of unadulterated genius. For those unfamiliar with Mr. Harrelson’s luminous work, find him at his best in Natural Born Killers, Kingpin, Wag the Dog, The Thin Red Line, A Scanner Darkly, No Country for Old Men, Zombieland, and Seven Psychopaths, to name a few. Off the big screen, Mr. Harrelson has played an array of diverse television characters, with outstanding roles in Cheers, Saturday Night Live, Frasier, The Simpsons, and True Detective.

While most know Harrelson for his acting, his advocacy and activism on behalf of the cannabis movement speak more to the character of the man than the people he’s played onscreen. Today is Woody’s 55th birthday, and we at Leafly salute his 20 years of support for legalization and progressive drug reform.

In 1996, Harrelson staged a symbolic protest in Lee County, Kentucky, a county/state that at the time did not distinguish between industrial hemp and marijuana. Harrelson arrived with a CNN camera crew and his attorney, former Kentucky governor Louie B. Nunn. Upon their arrival, Harrelson planted four hemp seeds in the ground, for which he was immediately arrested. While Harrelson would only suffer the expense of a $200 bail and would later be acquitted expeditiously with the help of Nunn, his dissent and blatant disregard for the status quo remains an inspiration for cannabis activists and enthusiasts everywhere.

Since 2003, Mr. Harrelson has been a member of NORML and the National Organization for the Reform of Marijuana Laws, and he’s also appeared on Ziggy Marley’s cut, “Wild and Free,” a song advocating the growth of cannabis. But Harrelson’s activism is not limited to cannabis. He is an outspoken vegan and raw foodist, an environmentalist, an anarchist, and a UNICEF supporter.

This year, Harrelson was among 66 potential recipients of a medical marijuana dispensary license in the state of Hawaii. Unfortunately, his dispensary bid was rejected and he declined to comment on the decision. But, even without a storefront, Harrelson remains a beacon of hope for progressive legislation that opens up this resinous flower to patients and purveyors of fine natural medicine. He also started Voice Yourself, a website dedicated to connecting people and ideas that grow a positive, sustainable world through thoughtful action.

celebrities
Sign up for more Leafly news
Thank you for subscribing!