Emily Grosvenor December 28, 2016
Share
Share on Twitter   Share on Facebook
Print
Years ago, when the cosmetics retailer Sephora asked perfumer Mark Crames to create a fragrance based on the scent of cannabis, he knew he faced a formidable challenge. He would have to capture the slightly animalistic, skunky cannabis vibe, but temper it to please the nose with notes of flowers and spice. Make it so beautiful people will spritz it on their neck and that soft spot on their wrists. Make it smell like fresh bud.

Crames went through several versions before developing a fragrance that wasn’t skunky or off-putting.

“I look at cannabis like liquor – it’s about capturing great, memorable tastes, smells and experiences,” he explained. “The first three versions we made were authentic, but you could not leave the house wearing it.” 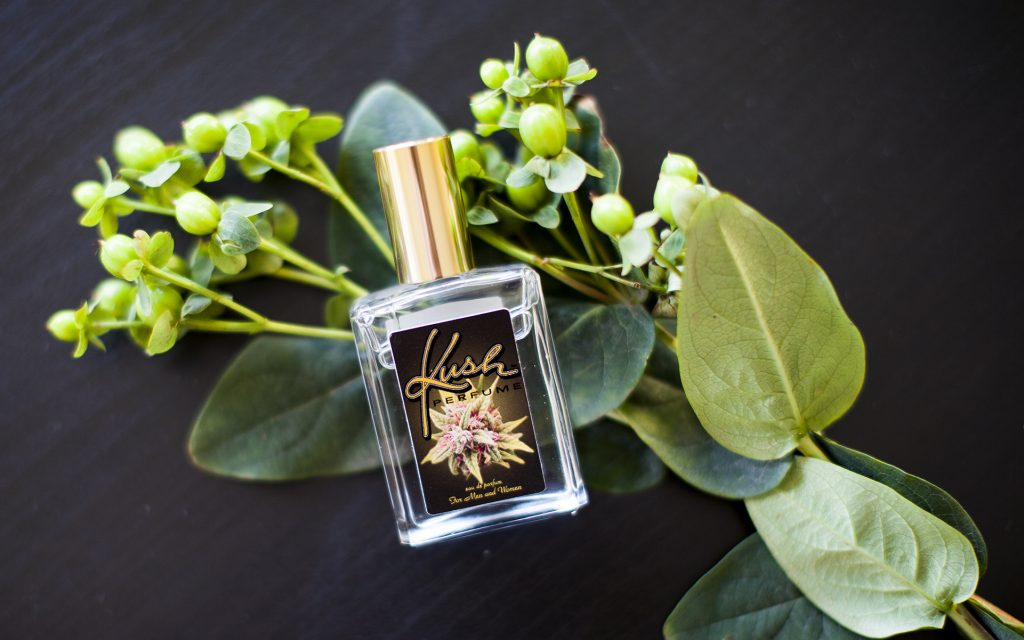 That was 12 years ago. In the end, the perfume never made it to the shelf. Sephora said it wasn’t right for them, and later launched the Cannabis Santal line instead. Crames didn’t let the effort go to waste, though. In 2006 he released the perfume as “Cannabis Flower” under his own label, Demeter Fragrances. The fragrance has since become one of the most popular scents in the company’s product line.

Crames’ competitors have also noticed the interest in cannabis. In recent years, perfumers from chic London houses to indie L.A. experimenters have followed suit, introducing their own slant on cannabis across market segments. Their fragrances smell less like you’ve bathed in the stuff and more like there’s a small flowering cannabis plant in a room of other circling smells.

Here’s the rub with cannabis as a perfume note: you want to be able to smell it, but not too much. It has to smell distinctly cannabis – herby, fragrant and evocative – but it can never be that off-putting, rank burnt herb sometimes associated with the flower. And since perfumers in most states can’t sell commercial perfumes using actual cannabis oil – they rely on tricks of the trade to create accords mimicking the bud’s scent – creating a true cannabis perfume requires a truly complicated balancing act.

One perfumer describes the cannabis scent: 'It’s like drinking lemonade with your pet skunk in the middle of a pinyon pine forest as newly baled hay cures in a neighboring field.'

“Cannabis is the most underused aromatic essence in the natural fragrance game,” said Christi Meshell, owner and perfumer of Seattle-based House of Matriarch perfumes. Meshell’s company employs cannabis notes in its Sex Magic and Forbidden perfumes. She has a precise way of describing its effects: “It’s like drinking lemonade with your pet skunk in the middle of a pinyon pine forest as newly baled hay cures in a neighboring field.”

Demeter Fragrances owner Mark Crames is a lawyer by training and a perfumer by practice and passion. While he’s not a Master Perfumer – attaining that position requires years of training at a traditional perfume school in France – he trained his nose during his 15 years working as a fragrance distributor. Eventually his distribution business acquired a manufacturing license, and he began developing commercial fragrances of his own.

“I’m always approaching a target trying to capture what the majority of people would recognize as the thing itself, but in an idealized version,” Crames said.

In 2002 he bought Demeter, which renowned perfume artist Christopher Brosius had launched 10 years earlier. Brosius had created a catalogue of an astonishing range of scents. He exhibited his scents at the Cooper Hewitt National Design Museum’s Triennial exhibition in 2003 – the first time that the design elements of perfume construction were acknowledged in such a setting. 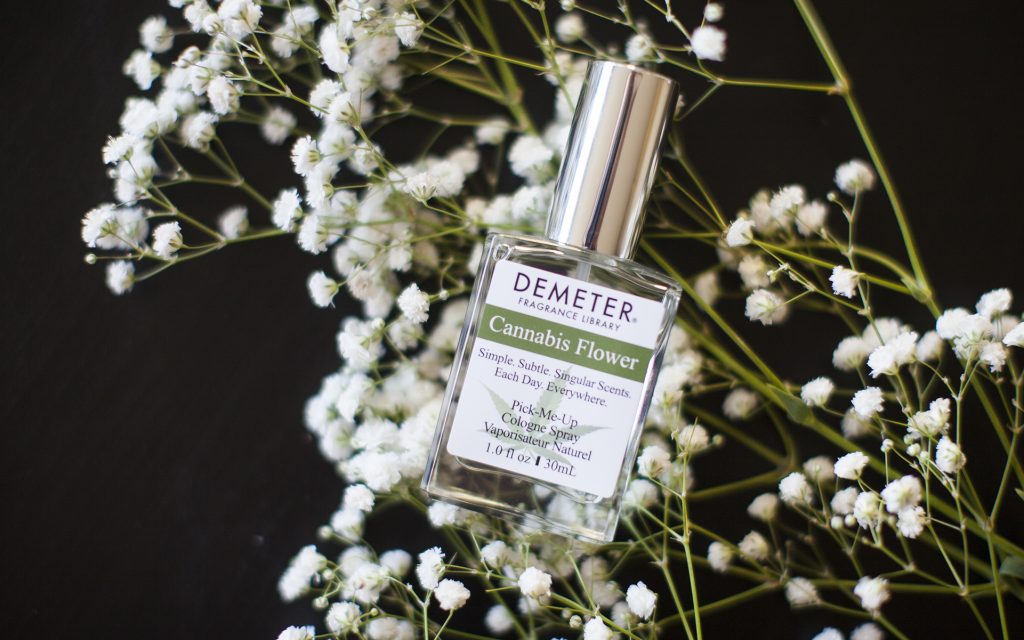 Crames possesses a photographic memory for the nose. He can recall scents years after he experiences them. For the past decade his nose has been the driving force behind Demeter’s fragrances, which continue to stretch the concept of what’s considered perfume.

Clean Skin, Paperback, New Baby, Laundromat, Snow, and, of course, Cannabis Flower. Reading the company’s list of perfumes is like sifting through a family album of olfaction.

'Cannabis Flower' is like a haughty supporting actress. There's always the risk she might get too loud and steal the show.

Traditional perfumes are composed of top notes, middle notes, and base notes. The tops evaporate quickly, revealing the middle over time, and then the base several hours later. In that sense, cannabis can wear many hats in the perfuming world. Sometimes it acts like a sneaky top note; it can also move in and out like a middle note, or create a backdrop for other aromas like a base note.

“Any ‘big’ note presents challenges because it needs to be managed and tamed into wearability,” Crames said.

And so it is with Cannabis Flower. It’s like a haughty supporting actress – you need her to play along and do her thing, but there’s always the danger she might get too loud and steal the show.

Emily Grosvenor is an award-winning reporter, travel writer and essayist based in Portland, Oregon.