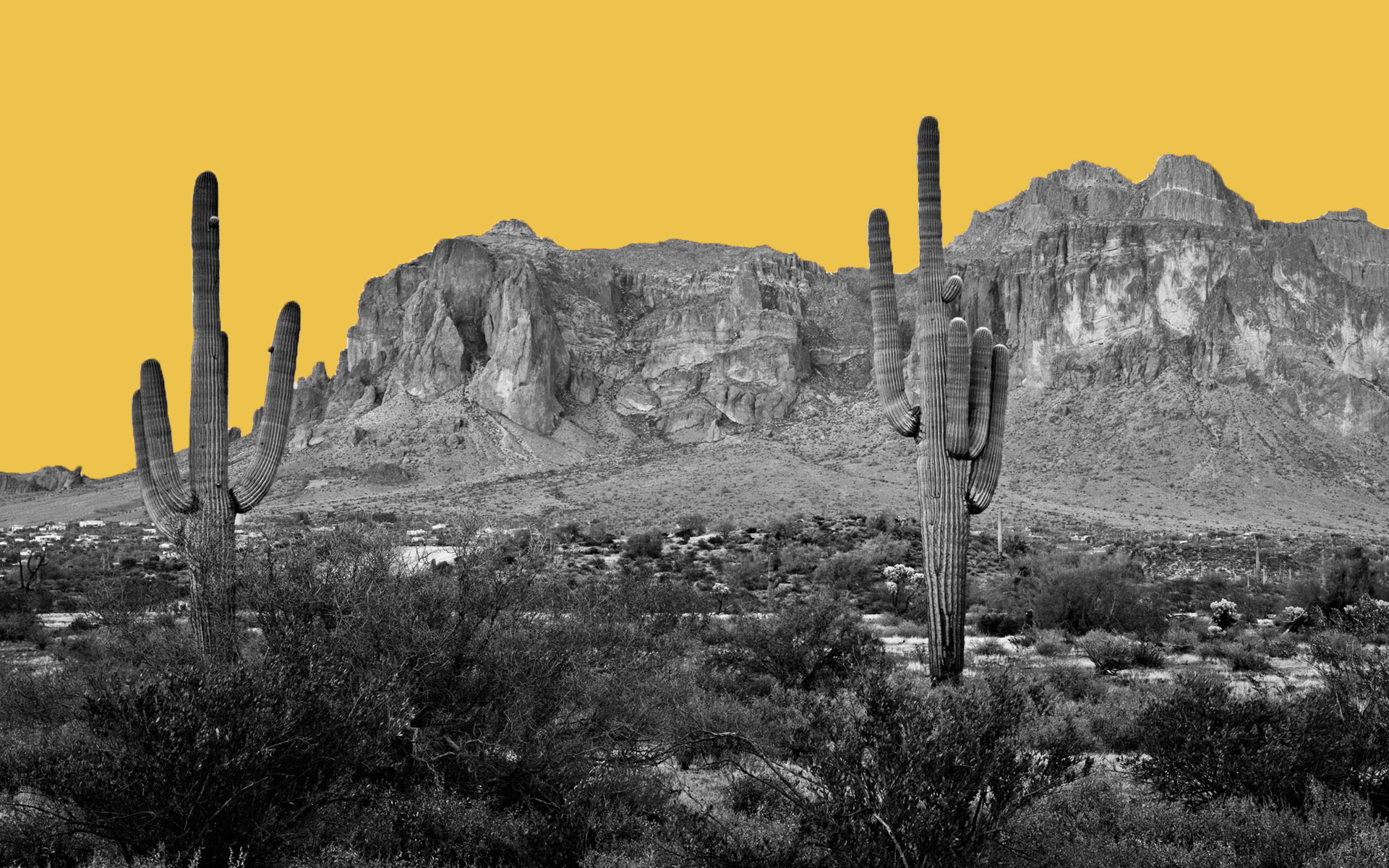 (tonda/iStock)
Four years ago, Arizona’s effort to legalize cannabis fell short by a slim margin. Now reformers are giving it another go.

The act was sponsored by the Arizona Dispensary Association and created in partnership with the Arizona chapter of the ACLU as well as Arizona NORML, the Law Enforcement Action Partnership (LEAP), and the Drug Policy Alliance.

The proposed law contains the common provisions. Cannabis would be legal only for adults 21 and older. Possession would be limited to one ounce per person, with a further specification that no more than five grams could be in the form of cannabis concentrates. Retail cannabis products would be subject to a statewide 16% excise tax. The act further proposes that “the odor of marijuana or burnt marijuana does not constitute reasonable articulable suspicion of a crime.”

Under the proposed intitiative, regulation and enforcement of the adult-use market would fall to Arizona’s Department of Health Services, which currently oversees the state’s medical marijuana program. The measure would cap the number of retail licenses in the same way it already caps medical marijuana dispensary licenses: The Health Department would be allowed to issue only one cannabis store license for every 10 pharmacy licenses.

Homegrow would be allowed for adults 21 and over, who could grow up to six plants per person or up to 12 plants per household. Cultivation must take place in a locked room or greenhouse—some sort of structure that prevents access by minors.

The measure allows home cannabis delivery, but not immediately. It builds in a delayed time frame, mandating that the Health Department adopt rules to allow delivery on or after Jan. 1, 2023.

The proposed law also contains a number of provisions for the expungement of past cannabis convictions in Arizona and would create a Justice Reinvestment Fund to provide grants for nonprofit organizations serving communities hit hardest by the war on drugs.

If sponsors of the proposed act gather enough signatures, the measure would go before Arizona voters in November 2020. If the act passes, the window for applications would run from Jan. 19, 2021, to March 9, 2021. The first retail store license would be issued by March 19, 2021.