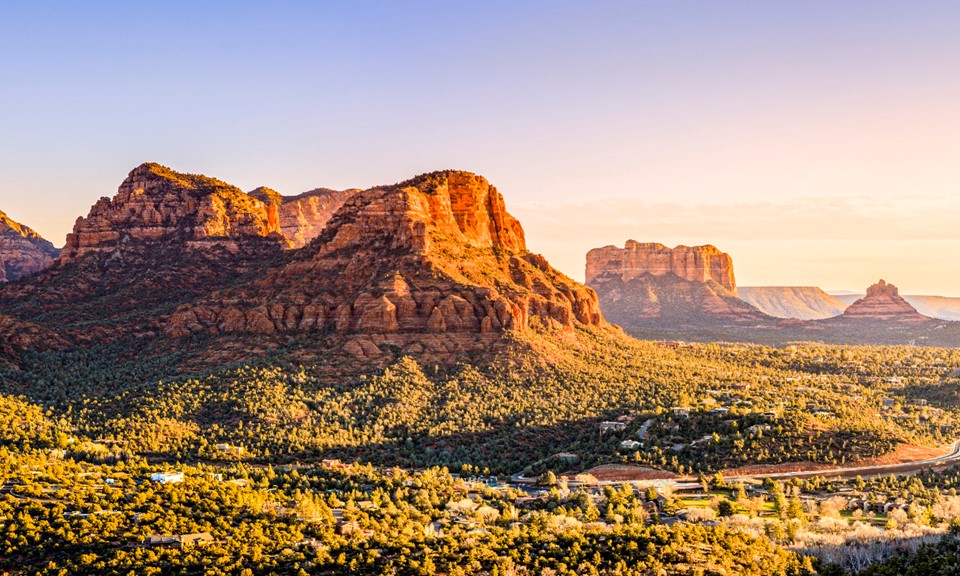 Arizona has a history with cannabis that’s longer and stranger than just about any state in the union.

In the early 1900s, Mexican workers coming across the border often brought the plant with them, prompting one U.S. official to note that cannabis was “used a great deal” in the Southwest. California gets all the credit for passing the nation’s first medical cannabis law in 1996, but in fact Arizonans passed an even more progressive MMJ law in that very same election. The difference was that Arizona’s elected officials successfully quashed the law after 65 percent of voters embraced it.

A more effective and long-lasting MMJ law was finally adopted in 2010, with 50.13 percent in favor and 49.87 against — just barely squeaking by in the general election. Today dispensaries flourish around the state, even though Arizona can be one of the most conservative states in America. It is the home, after all, of Sheriff Joe Arpaio.

Arizona’s cannabis scene is significantly more complex than other medical states, such as California and Nevada. One source of contention for cannabis consumers in Arizona is the lack of decriminalization. Without a medical marijuana registration card, the possession of even small amounts of cannabis is tantamount to a felony charge, with a minimum sentence of four months for the first offense — not a term to be taken lightly. The medical market, however, is thriving, with more 97,000 registered patients and 93 state-licensed dispensaries.

Having lived with medical cannabis for six years, the Sunset State is now ready to take on full adult use. Maybe.

Nothing in Arizona comes without a touch of weirdness. At the moment, we have a state in which some of the leading pro-cannabis crusaders are actively campaigning against their own state’s legalization measure. One of the leading donors to the anti-legalization campaign is a public utility company. Arizona’s prohibitionist-in-chief won’t say whether she’s ever tried cannabis (which means she probably has). And nobody can figure out whether Sheriff Joe is for or against the measure; his chief political guru is working as the lead strategist for the legalization campaign.

About a year ago, Arizona had two competing legalization campaigns. Arizonans for Mindful Regulation, led by Jason Medar and Dave Wisniewski, wanted a measure that would open the market to anyone who cared to join, allowing the state to cap the number of retail marijuana business licenses at 10 percent of the current number of liquor stores, or somewhere in the neighborhood of 160 retail shops.

Meanwhile, legalization advocates Barrett Marson and Carlos Alfaro led an effort for the Campaign to Regulate Marijuana Like Alcohol. The campaign aims to offer the first retail licenses to medical marijuana dispensaries already operating in the state. The largest share of funding for CRMLA comes from the Marijuana Policy Project, which also had a hand in helping to pass the 2010 MMJ law. At the inception of both legalization initiatives, Marson made the prediction that his campaign would be the last one standing.

After months of fundraising and signature gathering, Marson was proved correct. In late May, Arizonans for Mindful Regulation quietly bowed out of the race. The campaign had gathered only 120,000 of the necessary 150,642 signatures. With a July 7 deadline looming, campaign organizer Medar admitted defeat.

Rather than join forces with CRMLA, however, or even quietly retire from the fight, Medar and Wisniewski turned on their erstwhile compatriots and announced that they would actively campaign against the remaining legalization measure.

“It is not real legalization,” explains Wisniewski in a video for his organization, Safer Arizona. “What we have here on the 2016 election ballot, sponsored by the Marijuana Policy Project, at best is an incremental regulation. It is an out-of-state, corporate investor-driven initiative that seeks to maintain a felony-enforced oligopoly for a small group of wealthy dispensary owners.”

Leafly spoke with Alfaro of the CRMLA campaign to get his perspective on the tight race. “At the beginning of all of this, there were actually about a half-dozen different initiatives filed through the Secretary of State, so they weren’t the only ones and we weren’t the only ones,” he said. “However, after all this time and all this effort, we are the only campaign that is going to be on the ballot, and we’re focusing on being a positive, educational campaign for the people of Arizona.”

As for the true opposition to legalization, Arizona once again doesn’t disappoint. These folks are real pieces of work.

Heading up the cast is Sheila Polk, director of Arizonans for Responsible Drug Policy. Polk is the Yavapai County Attorney and has a long history in the Arizona Attorney General’s office. Polk has a funny relationship with cannabis. Which is to say, she wants to talk about it right up until the moment she doesn’t. In February, during a Scottsdale Chamber of Commerce public hearing on cannabis, she refused to answer the question of whether she has used cannabis before. Polk shied away from a diplomatic response in favor of “Questions like that are inappropriate,” even as a fellow prohibitionist working with her to defeat legalization admitted to dabbling in cannabis during college.

Polk is joined in the battle by Maricopa County Attorney Bill Montgomery, who is the prosecutor in the jurisdiction overseen by Sheriff Joe Arpaio. During a recent debate on marijuana, Montgomery revealed that his opposition to legalization is rooted in religion. He referred to cannabis users as “a drag on our society” and went so far as to say to a U.S. Navy veteran and medicinal cannabis user: “You are an enemy.” His remarks were met with outrage and boos from the audience.

Fundraising on Both Sides

As in most initiative campaigns, Arizona's legalization measure may live or die on its ability to raise money.

The Campaign to Regulate Marijuana Like Alcohol in Arizona has garnered $414,000 in campaign contributions thus far, with many donations coming from medical marijuana dispensaries such as Monarch Wellness Center and High Mountain Health.

Support for Arizonans for Responsible Drug Policy, on the other hand, is coming from some unexpected sources. Arizona Public Service, for starters. That’s Arizona’s largest electric utility company.

Considering how much electricity is necessary for an indoor, hydroponic, large-scale growing operation, it seems counter-intuitive that an electric company would be so vehemently opposed to cannabis legalization that they would donate $10,000 to the opposition group.

When pushed for comment, Jim McDonald, the media spokesman for the utility, said that Arizona Public Service’s contributions to the anti-legalization campaign was rooted in the company’s commitment to responsibility and safety.

The electric company isn’t the only odd player ponying up the cash. A couple months the Arizona Wine and Spirits Wholesale Association made a $10,000 contribution to ARDP. Legalization proponents raised an outcry as soon as the contribution became public knowledge. “Using money to fund their campaign to maintain marijuana prohibition is grossly hypocritical,” J.P. Holyoak, chairman for the Campaign to Regulate Marijuana Like Alcohol, said at the time. “They want to continue punishing adults for using marijuana, but they have no problem accepting five-figure donations from purveyors of a far more harmful substance.”

In the end, the prohibition group kept the alcohol association’s donation. Including that money, Arizonans for Responsible Drug Policy has raised at least $480,000, according to reports filed with the Arizona Secretary of State.

Odd Ducks in the Race

And what about Sheriff Joe?

Sheriff Joe Arpaio is an enigma, to say the least. In 2011, he made the policy decision not only to arrest registered, card-carrying medical marijuana patients, but he also refused to return patients’ medicine upon their release from jail. If you dig a little deeper, however, you’ll find a clip from the 2007 documentary American Drug War: The Last White Hope, in which Sheriff Joe espouses his limited support for medical marijuana: “If it's issued by tight controls by a physician, I don't know if I oppose that. Someone's dying of cancer, and that's going to help that person, I don't know if I'm strictly opposed to medical marijuana. It can help the dying patient, but it has to be dispensed by a doctor.”

In recent months, Arpaio has played a large role in continued raids. The most recent was conducted in April on an operation growing under the guise of a medical marijuana garden.

In yet another strange twist of events, Chad Willems, longtime political guru for Sheriff Joe, having helped raise millions for Arpaio’s reelection campaign, has seemingly switched allegiances. Willems, who works for Summit Consulting Group, is now representing the Campaign to Regulate Marijuana Like Alcohol, helping to raise funds for the legalization effort in November.

Although the campaign’s winding journey to the finish line is far from over, support for the campaign is growing. The most recent additions to their arsenal of strength come from Rep. Ruben Gallego (D-Maricopa), as well as Michael Capasso, a 23-year veteran of the Drug Enforcement Administration. This kind of support is exactly what the Campaign to Regulate Marijuana Like Alcohol will need when they are facing tough opposition amid controversy and turmoil. Marson assured Leafly that they are prepared for a battle to end prohibition in November:“We anticipate a very vigorous campaign this fall.”