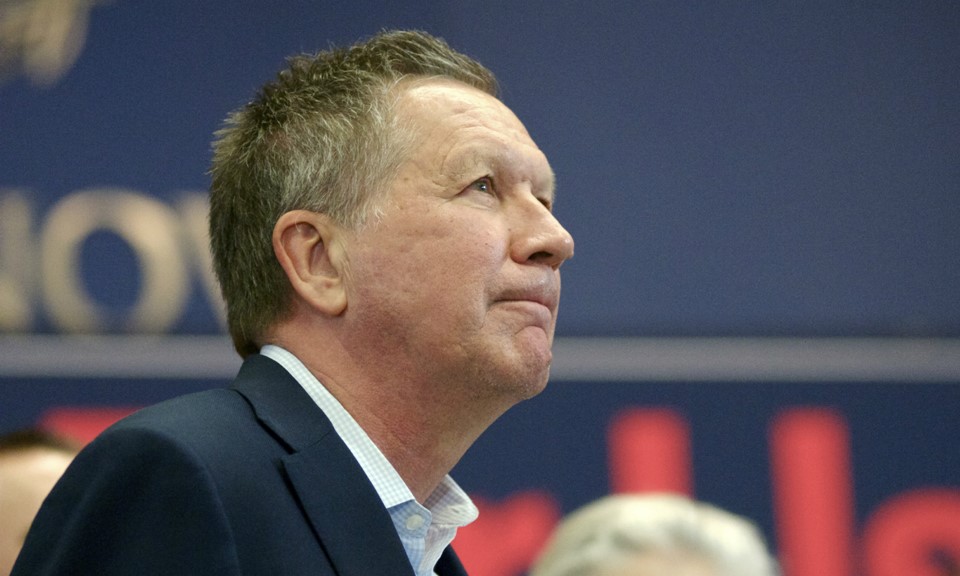 A medical marijuana legalization bill has been sent to Ohio Gov. John Kasich in an effort by state lawmakers to offset support for a proposed fall ballot measure.

The measure cleared the Ohio Senate by just three votes, and the House followed by OK'ing Senate changes 67-28.

The proposal, which Kasich has not committed to signing, would bar patients from smoking marijuana or growing it at home, but it would allow its use in vapor form for certain chronic health conditions.

It garnered both support and opposition among Republicans and Democrats.

Supporters recalled emotional testimony from chronic pain sufferers and parents of sick children as influencing their decisions to support the legislation.

"There is no reason why we should make Ohioans suffer any longer," said state Sen. Kenny Yuko, a Richmond Heights Democrat who worked with Republican Sen. David Burke, a pharmacist from Marysville, to clinch the bill's Senate passage.

Lawmakers fast-tracked the measure as a way to head off a medical marijuana issue headed toward fall ballots.

But the Ohioans for Medical Marijuana campaign painted lawmakers' approval as only bolstering its issue's chances in the fall.

"Their support for medical marijuana speaks volumes for eliminating any remaining biases against allowing doctors to recommend this life-enhancing treatment to patients in need," spokesman Aaron Marshall said in a statement.

Regardless of whether Kasich signs the bill, Ohioans for Medical Marijuana said it will move forward with a voter initiative that would legalize medical cannabis through a constitutional amendment. The campaign, which needs to collect more than 300,000 signatures by July to get the measure on November’s ballot, says the Legislature’s bill “omits a number of critical issues.” Some of the problems, the group says, are that the bill’s list of qualifying conditions is too limited and that patients and caregivers wouldn’t able to grow cannabis themselves.

Sen. Jay Hottinger, a Newark Republican, was among opponents of the measure. He said there is inadequate proof of the medical benefits of marijuana and expanding access runs too many risks.

Gov. John Kasich's spokesman was noncommittal on the governor's support, saying he would look at the bill in its final form.

It’s unclear which way Kasich is leaning today. Earlier this year he told Ohio voters, “medical marijuana, I think we can look at it.” But as a Presidential candidate, Kasich took a hard line against cannabis in general, and especially recreational legalization, calling it a “terrible idea.” When pressed by Stephen Colbert, in an infamous encounter earlier this year, Kasich said: “The problem with marijuana is this: We don’t want to tell our kids, ‘Don’t do drugs, but by the way, this drug’s okay.’”

Colbert replied: “Isn’t that what alcohol is?”

The measure assigns the State Department of Commerce to regulate marijuana cultivation and distribution and requires each dispensary to employ a registered pharmacist. The state medical board would oversee recommending doctors and provide them with continuing education.

The bill also sets parameters for the placement of dispensaries, including prohibiting them from being placed within 1,000 feet of a daycare facility and giving communities the ability to opt out of having one move in. Employers who want to maintain drug-free workplaces would be provided immunity.

Sen. Bill Seitz, a Cincinnati Republican, urged fellow Republicans — especially conservatives — to support the measure. He pointed to a provision calling on the federal government to remove marijuana from its list of Schedule I dangerous substances as a move to restore states' rights.