2018 In Review: Wrapping Up the Rollout of Legalization in Canada

With the federal government fulfilling a campaign promise to legalize and regulate the cannabis market, it is not an exaggeration to call 2018 the most important year in Canadian history for cannabis policy.

As Leafly and our fellow cannabis enthusiasts look ahead to 2019 and the next wave of rules, regulations, and politics, let’s take a look back at some of the biggest moments and challenges to the Canadian legal cannabis market in 2018.

Following the December 2017 introduction of Bill C-45, the Senate passed a timeline for the bill at each stage of the legislative process. While the final vote was set for June, Health Minister Ginette Petitpas Taylor stated that provincial and territorial governments needed at least eight to 12 weeks following royal assent of The Cannabis Act to prepare for retail sales which pushed back the government’s desired timetable for legalization, initially expected for July 2018.

Despite some initial drama that concentrated and united Conservative opposition to Bill C-45, the bill ultimately passed the second reading with a vote of 44 to 29. The bill was then sent to various Senate committees for study and proposed amendments.

The final version of The Cannabis Act passed in the Senate by a vote of 52 to 29 on June 19 following a lengthy committee study process that saw the Senate and the House of Commons jostle over 40+ amendments to the bill.

Later that week on June 21st, the legislation received Royal Assent from the Governor General, and the Prime Minister announced that the new law to legalize and regulate recreational cannabis would come into effect on October 17th.

Following the victory of the Progressive Conservatives in May’s provincial election, the Ontario government announced that they would allow private retail sales of cannabis, a dramatic departure from former Premier Kathleen Wynne’s plan to open government-run retail outlets.

While the PC’s announced that brick-and-mortar retail sales would be handled by the private sector, they also pushed back the date of operation of these stores to April 2019 and that gave municipalities a choice to opt-out of hosting cannabis retail stores.

Canada Goes Legal but the Rollout Is Rocky

The October 17th legalization date opened up Canada as the world’s largest recreational cannabis market, and in provinces with brick and mortar stores, consumers turned out en masse, in some cases lining up down the block to make their first purchase.

Before the month was out, issues related to lack of access, shipping delays, product shortages, and product quality were reported across the country. The Ontario Cannabis Store was a particular target of ire, with consumers incensed by long wait times for delivery and data breaches.

Canada’s two westernmost provinces both have large roles set aside for the private sector in retail sales, but just as British Columbia began issuing private retail licenses (and reviewing hundreds of applications for retail locations), Alberta straight up suspended issuing new retail licenses claiming that despite ordering enough cannabis to supply as many as 250 retail stores for six months, only 20% of that inventory had been received.

While both Ontario and Quebec turfed incumbent Liberal governments for populist conservatives in 2018, it meant very different things for cannabis depending on what side of the Ottawa River you were on.

Since its victory at the polls, the Coalition Avenir Quebec government has introduced legislation to impose the strictest cannabis controls in the country. If passed, the legal age of purchase would rise from 18 to 21, smoking cannabis in public would be banned, and possession of cannabis would be outlawed on the grounds of colleges and universities.

Health Canada Releases Regulations for the Next Wave of Legalization

Health Canada has finally released the proposed regulations, amending the Cannabis Act to permit edible cannabis products, extracts, and topicals that will be introduced to the market by Oct. 17, 2019.

Stay with us in 2019 as Leafly navigates the first full year of legal cannabis in Canada including a looming federal election, increased retail options, and the nationwide launch of edibles and extracts. 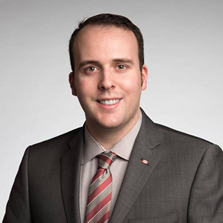 William Norman is a Government Relations Associate for Leafly Canada