Former coffeeshop owner and Dutch cannabis pioneer Johan van Laarhoven, who faces a 103-year jail sentence in Thai prison, has written a letter to King Willem-Alexander of the Netherlands, pleading for help freeing him from “this Thai hell.”

The two-page letter is the latest development in a case that has attracted global media attention and drawn support of some political parties in the Netherlands. Member of Parliament Vera Bergkamp, of the D66 party, has repeatedly called on the government to take action to repatriate Van Laarhoven.

The Dutch government has so far refused to ask the Thai government to extradite Van Laarhoven, and conditions in the Bangkok Remand Prison are trying. Van Laarhoven reportedly shares his 50 square-meter cell with 49 other inmates, and his lawyers and family say his health is seriously deteriorating.

“He doesn’t get the medical care he needs there and fears for his health, “ said Sydney Smeets, a lawyer for Van Laarhoven. The legal team has filed a civil case against the Dutch state in an effort to force action, but the strategy, if it works, is expected to take months. Smeets told Dutch media that his client suffers from kidney and heart failure and has already lost 40 kg (88 lbs).

“Selling a joint, buying and smoking are allowed in the Netherlands. To the Thai this is hard to understand.”

“Terrible that this is necessary,” wrote Bergkamp, the member of parliament, in a tweet about the letter. “The Dutch government (justice minister Van der Steur) must take responsibility and bring Van Laarhoven to the Netherlands.”

Van Laarhoven sold four Dutch coffeeshops and used the money to retire in Thailand with his wife. Explaining situation to the king, Van Laarhoven said he’s proud of the fact they’re still open. “They are beautiful establishments, recommended by journalists for the good coffee and sandwiches,” he writes. “The shops adhere to all the rules. The judge recently said that these coffeeshops serve public health and public order, that they are run transparently and professionally and that the stock is very reasonable considering the sales figures.” All of which, he argues, is “confirmation that I left my shops in good hands.”

Van Laarhoven and his wife, Tukta, were arrested in the summer of 2014. Although she never had anything to do with her husband’s business, Tukta was sentenced to 18 years behind bars. The heavy sentences are the result of a clash between two different approaches to drug policy. “The Thai court has convicted me and my wife for investing money that I earned with my coffeeshops,” Van Laarhoven writes to the king. “As you probably know, the sale of cannabis is tolerated in the Netherlands. I have always paid taxes on my income. Like everybody should.”

“Selling a joint, buying and smoking are allowed in the Netherlands,” he continues. “To the Thai this is hard to understand. They consider the sale of cannabis illegal, even if it took place in the Netherlands (where sales are tolerated). They call the money I earned in the Netherlands ‘drug money.’ And if I pay for my noodle soup in Thailand with that “drug money” I am laundering this money.

“This is why ended up writing this letter, lying on the concrete floor of my cell. I have been imprisoned since 2014, one hundred years to go.”

Van Laarhoven’s lawyer Sidney Smeets said that the death of Thai King Bhumibol Adulyadej prompted his client to write the letter. “With a succession it is not unusual that some prisoners are pardoned,” Smeets said.

Van Laarhoven describes his letter as an act of desperation by a man with nowhere left to turn. “My fate is in your hands,” he tells the king. “Majesty, I might just be a simple former coffeeshop owner. I am not a national export product. I’m not a DJ, journalist or photo model who the whole country is proud of. But I am still your subject. A citizen who needs your help, desperately needs it.”

Supporters of Van Laarhoven have launched a website, Justice for Johan, to help promote his case. 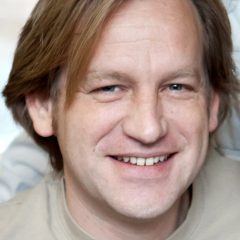