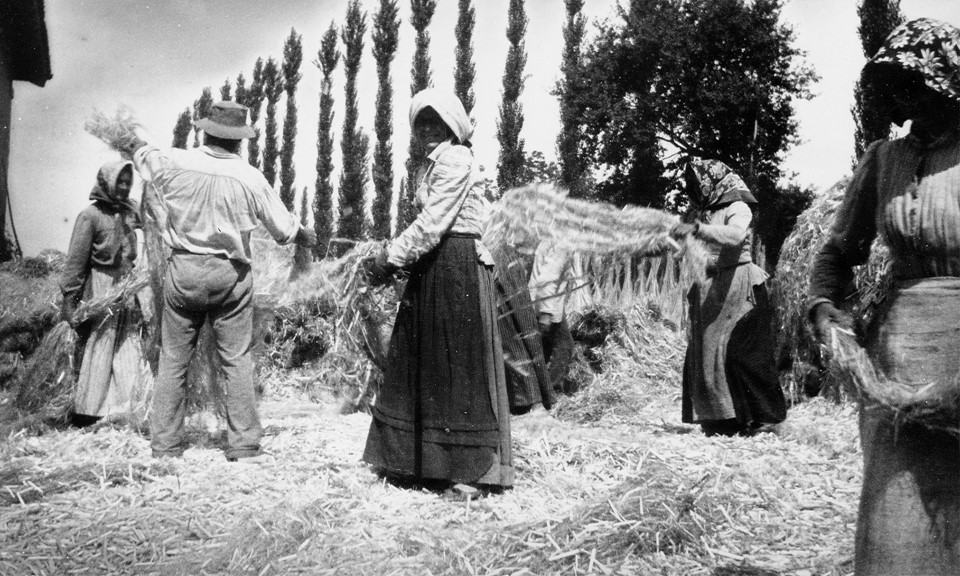 The city of Bologna, home to the oldest university in Europe and famous for its gourmet food, has a long and rich history in cultivating hemp for fiber that’s connected, curiously, to cycling.

The northern Italian city’s hemp heritage isn’t trapped in the past, either. It’s on the rise once again, and today the city hosts one of the country’s numerous, newly established cannabis trade fairs that support the reviving industry. On May 20, the fourth edition of the IndicaSativa Trade fair kicks off at the Unipol Arena.

For centuries hemp production was one of the main features of Bologna. By the end of the Middle Ages, about a third of all cultivated land in the region, from Bologna towards Ferrara and Venice, was used to grow hemp. Traces can still be found in the countryside today. Scattered between Bologna and Ferrara, you can find remnants of artificial ponds that were used to ret hemp stalks. Retting, or soaking the stalks in water or exposing to moisture, enables the separation of fiber from woody tissue. These ponds are now being repurposed as small wildlife reserves that make for an idyllic location for a traveling toke. [Leafly advises visitors to respect all local regulations.]

In its hemp heyday, Italy was Europe's second biggest cannabis producer, trailing only Russia. The Bolognese countryside produced dozens of different hemp varieties used to make ropes, gorgeous clothes, and linen; the Italian fibers were praised as the best on the world market. By 1930, more than a million tons of fiber was produced annually, of which around 65 percent was exported.

As the industry grew, locals crossbred landraces for better yields, a precursor of today’s modern cannabis breeding that’s led to hundreds of strains of both hemp and the prized, THC-rich strains savored by modern cannabis connoisseurs.

Apart from the main hemp producing areas around Bologna and Naples, hemp fields were scattered all over Italy. The name of one the provinces of the Piedmont region, Canavese, is derived from the Bolognese words for the plant, caneva. Around Bologna, old folks still say they sometimes smell a fragrant, hempy scent on the plains — a sign of something positive about to happen. It could be new love, a noteworthy achievement, or an unexpected adventure. 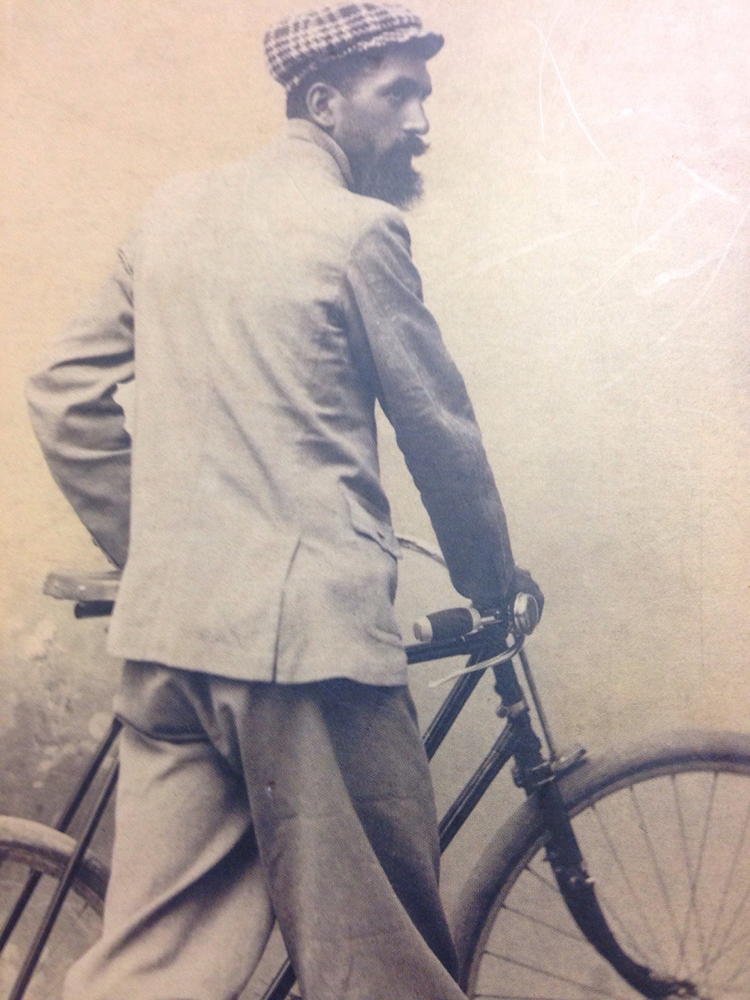 Antonio Pezzoli with his bicycle

Antonio Pezzoli, who lived from 1870 to 1943, was a predecessor to modern cannabis entrepreneurs. He was a cannabis industrialist and founder of the Touring Club, the first and most powerful bicycle organization in Italy. A keen photographer and one of the first to depict life in the cannabis fields, Pezzoli took a collection of photos that can be found in the book Passion and Profession: Hemp Cultivation in the Work of a Cycle-Tourist, published by the Institution Villa Smeraldi, a museum of peasant culture. Located in San Marino di Bentivoglio, just 15 kilometers from Bologna, the institution houses a Hemp Museum and makes for a good day trip for cannabis tourists in the region.

Passion and Profession shows the development of different modern phenomena and how they coincided with the modernization of cannabis production. Leafing through the pages, you witness the explosive growth of the bicycle organizations that brought an influx of tourism into Italy. Best of all, you also get a detailed photographic account of the life of the hemp peasants in the Bolognese countryside.

While cannabis production was commonplace at the time, the bicycle was a new mode of transportation at the time, and it was seen by some as suspect.

Catholic leaders in Rome considered it immoral to show the lower parts of the body in public, so legs exposed while pedaling were problematic. Italian criminologist Cesare Lombroso feared the bicycle as a new instrument of crime, having received reports about purse-snatching in Paris by the Apaches, a mysterious group of outlaws on bicycles.

But as with cannabis, opposition to bikes eventually gave way to appreciation. The Catholic Church changed its position after bicycles proved to be a useful tool in World War II and as people of all backgrounds increasingly enjoyed pleasant two-wheel cruising for work or pleasure.

Pezzoli remains a great figure in the history of Bologna. He’s remembered both as a successful and progressive industrialist as well as a talented photographer and producer of cannabis. His body of work gives testimony to the past — and now, the future — of the gracious and lively town of Bologna, where hemp was, is, and will be in the air.

Image Source: Hemp Now and Then in Bologna, Italy