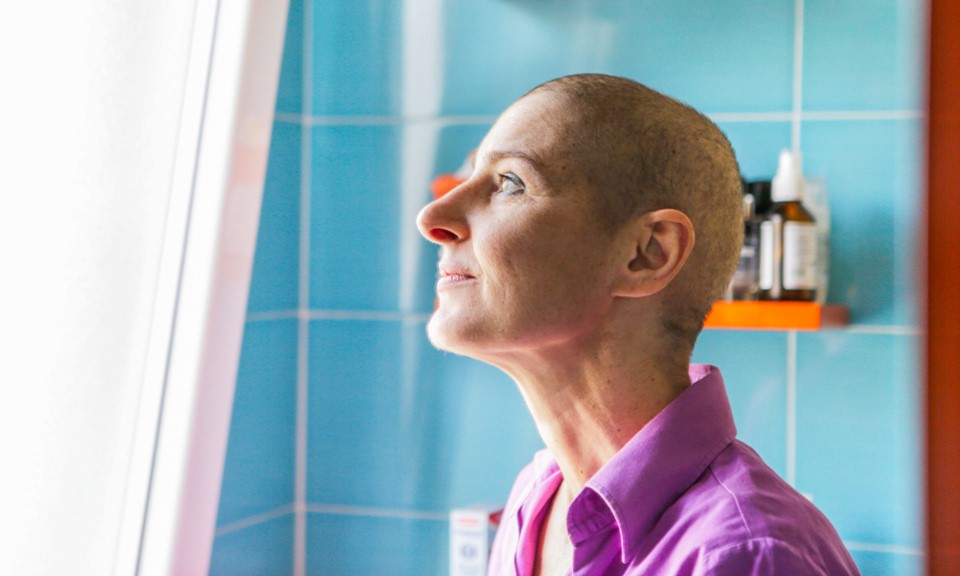 After being hit by a car in 2006, Christian Ferri still suffers enduring physical and psychological consequences. Traditional medicine resulted in inflammation of his muscles. So, looking for something that worked without causing him additional problems, the 29-year-old Italian turned to cannabis and homeopathic therapies. The results were inspiring. In 2014, Ferri climbed central Italy's highest mountain, crediting cannabis-infused milk as his core power source. “To climb the Gran Sasso nine years [after the accident] has been the greatest emotion of my life,” he said.

Ferri’s story is just one of many testaments to the healing power of cannabis that’s been uncovered and captured by photographer Maria Novella De Luca. For several years she has been following and documenting the lives dozens of Italians who rely on cannabis for their health and well-being.

“I found out there’s a world of people who use it,” she told Leafly.

Medical cannabis has been legal in Italy since 2007, although personal cultivation is prohibited and cured flower is imported to Italy from the Netherlands. But access is still limited, causing headaches for those suffering now. 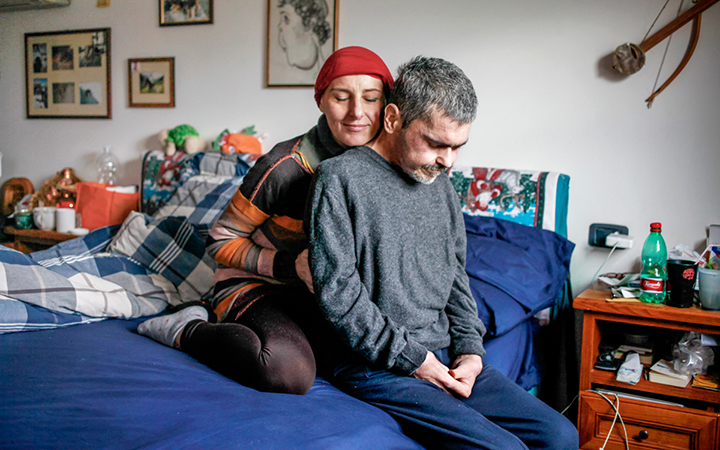 “This has motivated me,” De Luca said, “because despite all hindrances, I have seen the power of these people whose lives have been shattered by severe diseases but who still find the strength to fight for access to their medicine.”

De Luca’s images tell the stories of a variety of cannabis patients. She depicts their daily life and the problems they face, many of which stem from government bureaucracy and disinformation.

“My interest for this subject grows out of the plant — from the fact that a simple plant with so many positive qualities, which has been part of our heritage for so long, is demonized,” she said. “The amount of deliberate erroneous information about this plant seems absurd to me.” 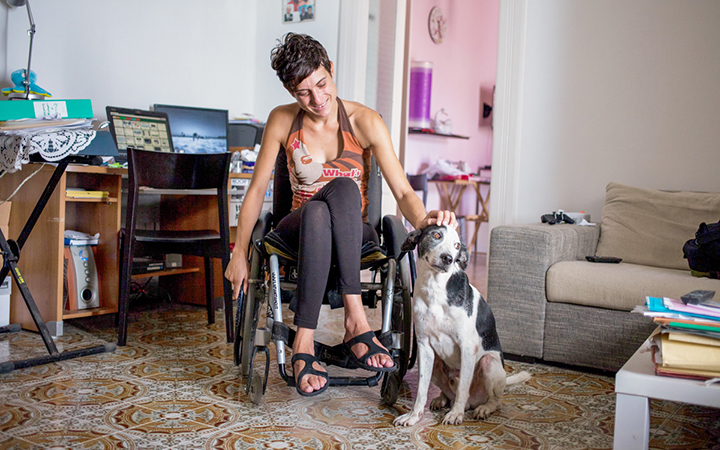 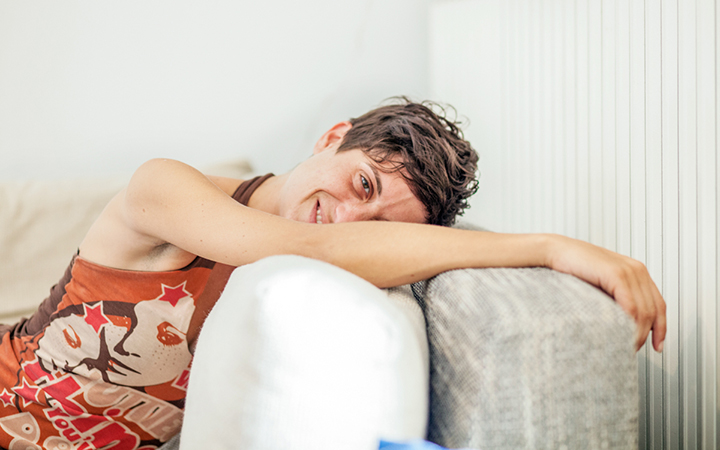 Lucia Spiri, 34 years old, Racale. Spiri was diagnosed with multiple sclerosis in 2000. She began treatment with heavy doses of drugs like interferons, muscle relaxants, and antidepressants, but one of the drugs left her with permanent tremors and confined to a wheelchair. Spiri now relies on cannabis flower imported from the Netherlands. Photo by Maria Novella De Luca

All the individual stories have one thing in common, De Luca explained: None have had cooperation from the authorities. “I have met many sick people all over Italy, and although I've heard very different stories, all of them had to bite the bullet,” she said. “This is what has motivated me to travel for many years and still gives me the power to continue. I want these sick people to tell their stories themselves, speaking out loud about what they live through.”

“So many words are spent on this subject, by politicians who deal with the question on their own terms, by associations fighting for their rights,” she continued, “but I believe the voice of the sick is the one that can reach the heart of the people most directly.” 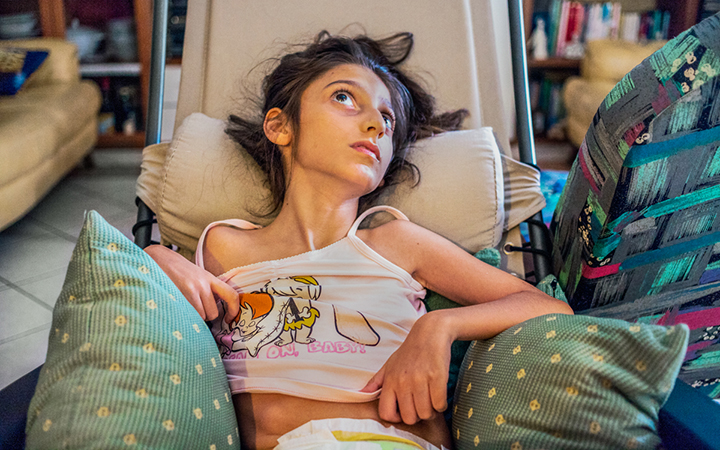 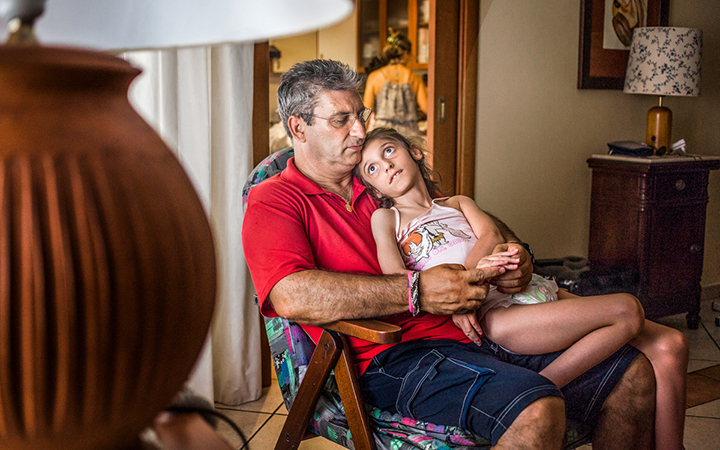 Serena Forty, 8 years old, Gallipoli. Forty has a rare neurodegenerative disease known as CDKL5. The CBD oil she's been using since 2014 has dramatically reduced the number of her seizures. Photo by Maria Novella De Luca

“The attempts to unite to deal with the question have contributed a lot and some small result has been achieved,” she explained. A network among patients has been established in recent years, and more and more doctors are educating patients — and themselves — on cannabis as treatment.

“It's still a small minority,” she acknowledged, “but from something small, you can start and continue to grow. I will keep on giving a voice to the sick with my photos.”

All photos by Maria Novella De Luca. Used with permission.