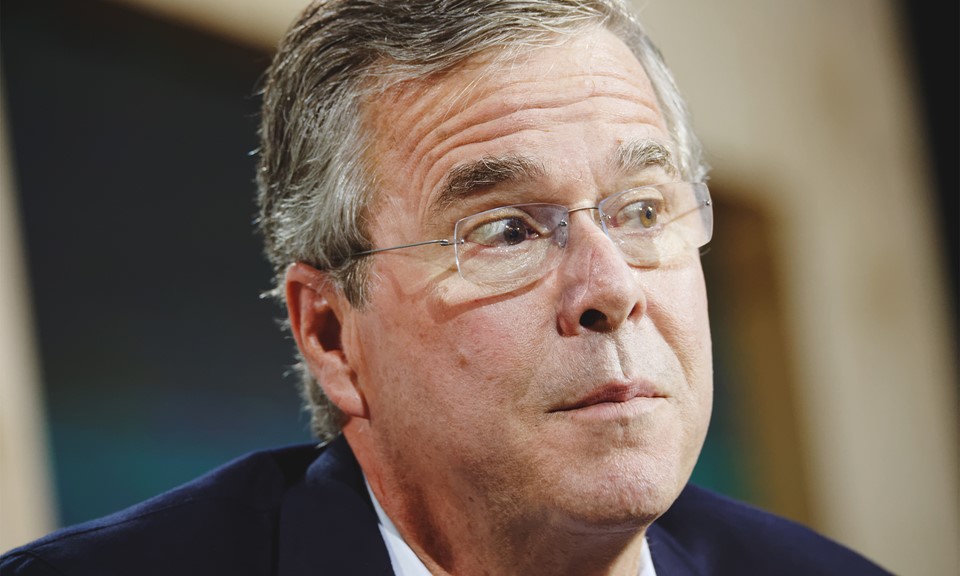 Last night, 11 Republican presidential candidates took to the stage to try to convince the American public of their leadership chops. And while cannabis legalization wasn’t the hottest topic of the night, a few viewers were surprised to see Jeb Bush declare that he “smoked marijuana 40 years ago.”

While the fact that he consumed isn’t exactly a secret (he told The Boston Globe earlier this year that he consumed in high school), the Internet nonetheless was quick to the draw with an almost endless supply of “Jeb Kush” memes.

Jeb may have enjoyed marijuana in the past, but he’s ardently opposed to legalizing cannabis for recreational or even medical consumption. Last year, he went so far as to urge voters to reject Florida’s marijuana amendment. Senator Rand Paul made the (very valid) point during the debate that criminalizing cannabis disproportionately affects poor Americans, while those of privilege partake without legal ramifications. We couldn’t agree more, and we hope more legislators come to this realization sooner than later.

Politics aside, we can’t get enough of these uproarious memes. Here are some of the very best.

Jeb Bush's admission that "40 years ago, I smoked marijuana" is lighting up the Internet. http://t.co/mmu0hKXw1R pic.twitter.com/fIgKimFnEO

Yep, those sunglasses should do the trick!

What do you think his stage name would be?

#GOPDebate Jeb Bush: "Yeah I smoke pot, yeah I love peace But I don't give a f**k, I ain't no hippy" pic.twitter.com/3UpOytLpmf

Who knew he could role a perfect cone?!

When in doubt, roll up ALL THE CANNABIS!

#JebKush Photos of Jeb from 40 years ago are coming out! pic.twitter.com/hEI2MxBHTD

If Jeb Kush were a strain, what would his flavor be?

Maybe Jeb Kush would be a dreamy, contemplative strain.

Nothing like a toke on stage to calm those debate-time nerves.

And our favorite, which isn't a meme at all:

Check out what the other 2016 presidential candidates think about legalizing cannabis: