Where Can You Fill Up at “Gas and Grass” Stations? The Leafly Legalization Roundup 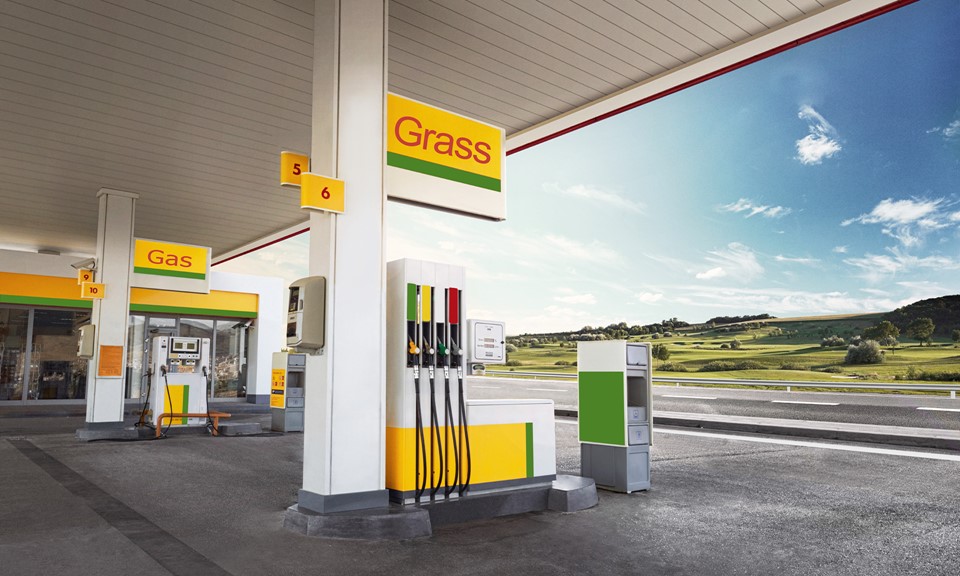 In this week's cannabis legalization roundup, we highlight several local advocacy groups that have been polling politicians and the public about cannabis legalization. A group of Costa Rican lawmakers visited Colorado to analyze their medical marijuana system, and Colorado is debuting gas stations where you can pick up medical cannabis on-the-go. All that and more in Leafly's latest collection of marijuana legalization news!

Some cannabis entrepreneurs at Native Roots are taking convenience to a whole new level. Two new gas stations operating under the name "Gas and Grass" are coming soon to Colorado Springs, and they’ll be offering gasoline and medical cannabis in one convenient stop. These locations will allow medical marijuana card holders to purchase anything that any other gas stations might have, as well as medical marijuana. Both Gas and Grass locations are set to open this October.

An advocacy group called Iowans 4 Medical Cannabis have devised a questionnaire that they intend to distribute among the 2016 presidential candidates. The group said that they’ve reached out to campaigns and legislators before, but are hoping to take advantage of Iowa’s prominent place in the presidential election process to help pass the message along to candidates.

The questionnaire contains four questions, mostly related to how the candidate feels about rescheduling cannabis in the Controlled Substances Act. Iowa has a limited medical CBD law, but medical cannabis cannot legally be produced or obtained in the state.

Steve Schuh, the County Executive of Anne Aundel County, has come up with a proposal to prohibit medical marijuana from being grown, produced or distributed in Anne Arundel County, and his fellow legislators are not happy about it. Bobby Zarkin of Reisterstown, who serves as Chairman of Maryland’s Senate Judicial Proceedings Committee, called the proposition “both disappointing and baffling.”

Zirkin then said that he plans to introduce a measure that would prohibit local jurisdictions from banning medical marijuana, saying “State law trumps county law.” Schuh’s bill doesn’t look like it has enough support to pass through the committee, to which Zirkin responded, “Wiser heads will prevail.”

Minnesota’s notoriously restrictive medical marijuana program is seeing negative ripple effects. With prohibitively high prices, no insurance coverage for the medicine, and only two locations to supply the entire state, many medical marijuana patients are going back to the black market. The state program does not allow flower, selling only oils and pills to patients who have one of the state's nine qualifying medical conditions. However, Minnesota's medical marijuana program has had a sluggish registration rate due to its expensive prices — a single vial of cannabis extract in Minnesota costs $130, more than double the price for the same product in Colorado.

A group of Pennsylvania House legislators have spent the summer months drafting the initial framework for a workable medical marijuana system, and its recommendations will be sent to GOP House Majority Leader Dave Reed in the coming weeks. The group included a noted legalization skeptic, Representative Jesse Topper (R-Bedford), who has voiced concern in the past about safety and regulations.

“It’s not just as simple as saying, ‘We need to let doctors prescribe this stuff,’” said Topper. “I mean, how is it grown? Where is it grown? How many dispensaries would there need to be? And it’s an all-cash business, how do we address that? So those are some of the many complex issues that this group has tried to work through.”

Led by Justin Quinn, the West Virginia chapter of NORML is also surveying the state's general public with hopes that the results will be compelling proof for lawmakers to consider legalization or decriminalization. The West Virginia legislature has previously considered various marijuana bills, including a medical marijuana bill introduced last year that was vetoed by House Majority Leader Tim Armstead.

One of Alberta’s oldest operating cannabis compassion clubs, the Mobile Access Compassionate Resources Organization Society (MACROS), was raided in July by the Alberta Law Enforcement Response Team, and the club’s owners will have their day in court to contest the charges for the right to remain in business. With all of their equipment and products seized, the company has been dormant awaiting charges. Medical cannabis advocates have been holding rallies and plan to hold another one in Edmonton the day of the court proceedings.

“My ultimate goal is to show Canada that dispensaries are a needed service in cities,” said Aaron Bott, the society’s president.

A group of Costa Rican representatives traveled to Colorado last week to see the state's medical cannabis industry firsthand. Members of the Cannabis Industry Association Costa Rica met with The Council on Responsible Cannabis Regulation to get answers to their questions on what it takes to have a successful medical marijuana system. They set up meetings with local medical cannabis business owners, as well as city and state officials involved in overseeing and enforcing the regulations, to find out how to sustain a medical marijuana infrastructure.

Costa Rican legislature is considering a legalization bill for the medicinal and industrial use of cannabis this year and this trip will be an important part of drafting the proposal for a new system. TD Morales, of the Cannabis Industry Association Costa Rica, expounded on the endeavor, saying:

Thirsty for more legalization updates? Sip on last week's article or check out our previous roundups: