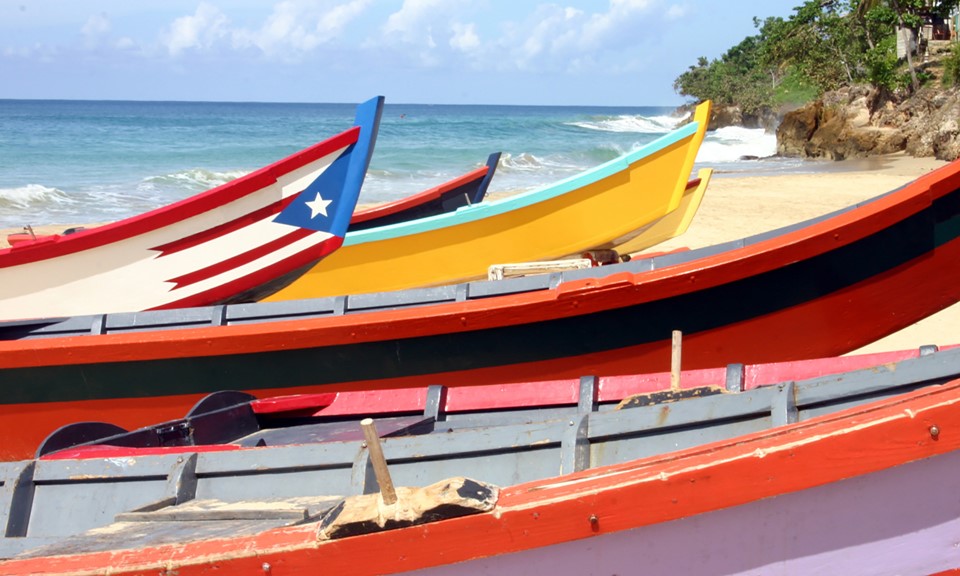 It’s been a whirlwind of activity lately and we can hardly keep up! Ecuador is looking to make a major overhaul, Puerto Rico’s governor just signed an executive order to legalize medical cannabis, and, on the home front, Florida’s cannabis bills might not be dead, after all! We’ve got the latest and greatest in cannabis news below:

Alabama legalized the use of marijuana for medicinal purposes in 1991, but never set up the framework for patients to access it. Finally, this year, a bill that would put forth the regulations for a system of distribution among patients with cancer, glaucoma, and severe cerebral palsy is making headway in the Alabama Senate. Michael Ranatza, head of the Louisiana Sheriffs' Association, advocated this change after hearing the daughter of a colleague speak about how hard it was for her to interact with her daughter due to her cancer symptoms – symptoms that marijuana could have relieved. The Senate bill passed through the Senate Health Committee and will now go on to the full Senate for consideration. Glad to see a change of heart in Alabama!

Senator Rob Bradley (R-Fleming Island) is not one to take “no” for an answer. After all of Florida’s legislation on cannabis stalled, he introduced a new amendment on Senate Bill 7066, breathing new life into the previously stalled legislation. The bill would expand use of and access to a low-THC, high-CBD cannabis extracted oil for those with specified seizure disorders. Thanks for taking initiative to help Florida patients!

A bill to legalize and set up the framework for medical dispensaries on the Hawaiian islands, House Bill 321, passed the deadline on Friday, with many fearing the bill was gone for good. However, luckily for all you watching from the islands, the lawmakers extended the bill’s deadline. It sounds like they’ve gotten very close to a compromise about the dispensary application process, which was the reason for the delay.

A bill to extend the Illinois Medical Cannabis Pilot Program has passed through the House with flying colors (despite opposition from Governor Bruce Rauner). The Illinois Medical Cannabis Pilot Program is set to expire on January 1, 2018, but this bill would extend the deadline to four years from when the first dispensaries open. A wise decision, indeed!

Maine is seeing dozens of pieces of legislation for cannabis this session; among others, one proposal would allow for medical marijuana in tincture or smokeless forms for use in hospitals. It has been a conflict of interest for doctors, who are obliged to treat the patient to the best of their ability but put the hospital at risk for liability if they allow the use of a Schedule I federally restricted drug. Senator Diane Russell (D-Portland) has also proposed several other cannabis-related bills, including one to remove the limit on the number of patients a caregiver may sell to, and another to remove the list of qualifying conditions. Maine’s reputation for having one of the best medical marijuana programs in the country will certainly serve them well in an upcoming bid for legalization in 2016.

A Suffolk County Judge has ordered that the Department of Public Health failed to follow its own regulations when rejecting a bid by Medical Marijuana of Massachusetts, led by former congressman William Delahunt. The judge ordered the Department of Public Health to allow the company to move forward with plans to open three dispensaries across the state. Massachusetts' medical marijuana program was approved in 2012, but the delays have been abundant – these rejections sparked dozens of lawsuits against the state. With their license restored, Medical Marijuana of Massachusetts could open shop as early as January!

Michigan is in the spotlight once again for medical marijuana reform! This time, there are two bills that could significantly improve the state's medical marijuana program. One bill, House Bill 4209, would legalize medical dispensaries, and the other, House Bill 4210, would legalize cannabis-infused edibles, both authored and co-sponsored by State Rep. Mike Callton, R-Nashville. Medical marijuana was legalized in 2008, but there have been a number of reform measures since, including the prohibition of edibles and dispensaries, major sources of contention among Michigan patients who are increasingly forced to turn to the black market in order to find medicine.

If you’re a Minnesota patient looking to qualify, here’s what you need to know:

The Oklahoma House voted 85-5 in support of a piece of legislation that creates an investigational new clinical trial into the effectiveness of cannabidiol as a course of treatment for patients with severe epilepsy. After passing through the House, House Bill 2154, known as “Katie and Cayman’s Law,” went straight to the desk of Governor Mary Fallin, who signed the bill promptly. Oklahoma, you’re OK!

Governor Bill Haslam continues to tease us all with proclamations that he will, in fact, sign the bill to legalize the use of cannabis oil for those with certain seizure disorders. Some Tennessee patients have already gained access to cannabis oil through a clinical trial approved last year. This bill would not create a framework for growing, processing, or dispensing the oil, but it would allow those who qualify to access it without waiting for a spot in the coveted clinical trials. Governor Haslam, how's about a little less talk and a little more action?

There was an emotional hearing this week in Texas for House Bill 892, also known as the Compassionate Use Act, which would legalize the medicinal use of CBD oils for patients whose epilepsy and seizure disorders do not respond to traditional medication. Paige Figi, the mother of Charlotte, spoke during the hearing. Charlotte suffered from 1,000 seizures a month until her own medicinal strain of cannabis, Charlotte’s Web, was bred, which reduced her seizures down to once or twice a month. “If my daughter Charlotte lived here in Texas, she would not be alive today,” Ms. Figi said.

Meanwhile, a University of Texas poll recently found that 77% of Texans support cannabis being legalized, at least in certain circumstances, but the Texas Medical Association has stated publicly that they do not support medical legalization. Are the people of Texas ready for a change in cannabis policy? Signs point to “Yes.”

Ecuador is aiming to make a major overhaul to their drug policy by completely decriminalizing the use of all drugs (à la Portugal’s current drug policy). The recent bill was authored by Carlos Velasco, the chairman of the Ecuadorian congress’ Commission of the Right of Health, and aims to end Ecuador’s war on drugs by treating drug addiction and abuse as a health issue instead of a crime. The indisputable success of Portugal fits recent recommendations from the Global Commission on Drug Policy, and more countries have been exploring this approach as an alternative solution to the War on Drugs. ¡Bienvenidos al futuro!

Italy’s foray into the world of cannabis cultivation is going quite well, with crops expected to produce 220 pounds of cannabis annually. Italian physicians can legally prescribe cannabis medicinally, but the cost is often prohibitively high due to the product having to be shipped in from the Nertherlands. Italy decided to grow their own under lock and key by the military, with the hope and expectation that cannabis grown in-house will be less expensive; current prices are €35 per gram and they’re hoping to lower the costs to around €5-15 per gram. Bravo!

Jamaica’s cabinet has approved a 16-member Cannabis Licensing Authority. The members were selected across eight different ministries, including representatives from the Attorney General’s chambers as well as representatives of academia, civil society groups, and faith-based organizations. This news comes on the heels of Jamaica announcing it has just planted the country's first legal cannabis plant at the University of the West Indies Mona campus. The planting comes in preparation for the coming summer months, when the tourist boom will inevitably ignite. Anyone up for vacationing in Jamaica this year?

After a long and emotional public debate, in an unexpected turn of events, Puerto Rico Governor Alejandro Garcia Padilla signed an executive order to legalize medical marijuana. The order directs the department of health to authorize the use of cannabis for medical use. Qualifying conditions have not been specified yet, nor has a system for accessing the medicine, but overall, the reactions have been largely positive. Jaime Perello of Puerto Rico’s House of Representatives vocally supported the order, and activists all over are cheering the decision. We are, too! Congratulations, Puerto Rico!