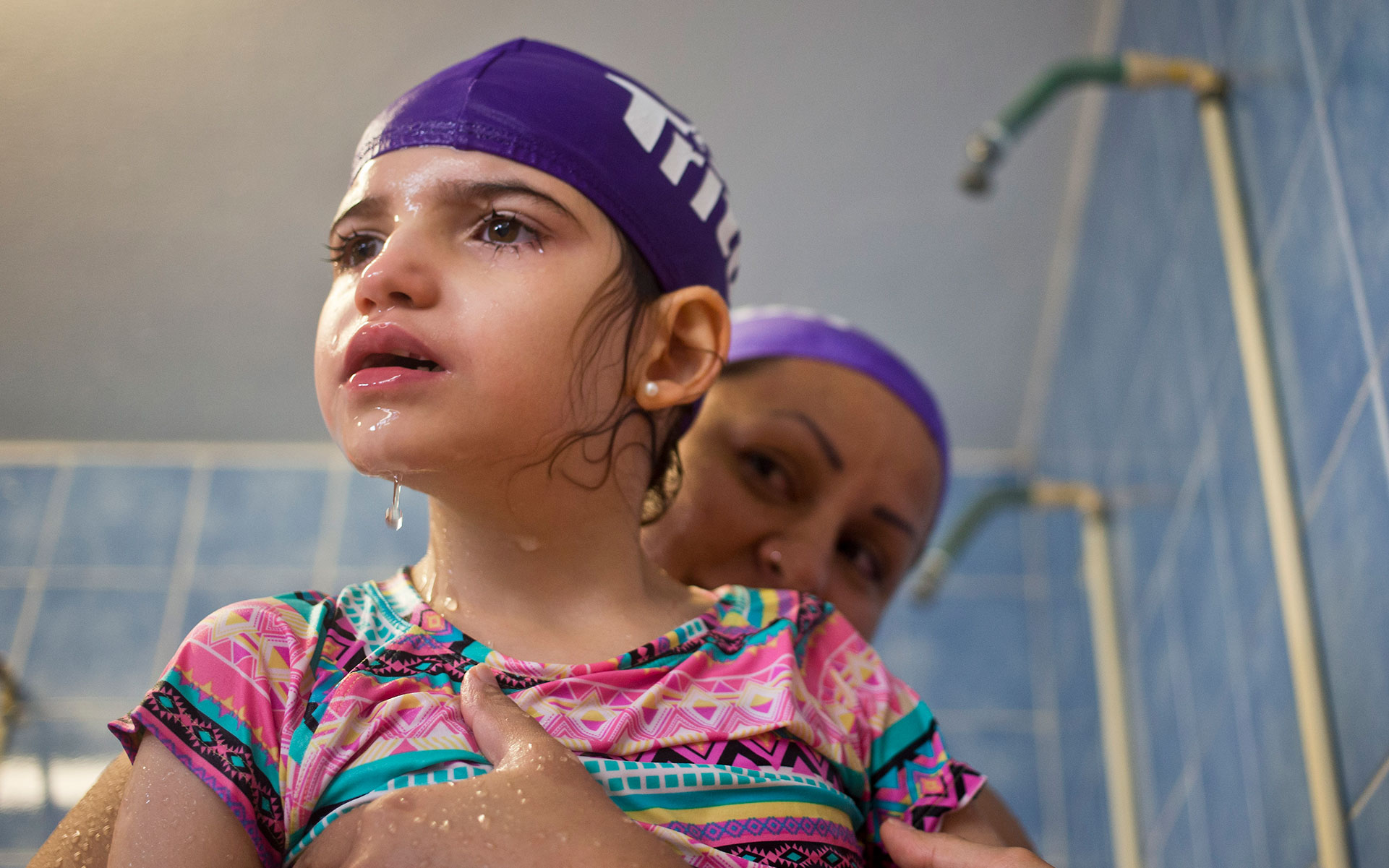 Graciela Elizalde, an 8-year-old who suffers from Lennox-Gastaut syndrome, a severe form of epilepsy that causes intense seizures, is carried by her therapist before receiving hydrotherapy treatment at a swimming complex in Monterrey, Mexico, in Oct., 2015. Elizalde takes a marijuana extract to ease her suffering. “We’re very happy because what we’re seeing is that Grace is sleeping continuously through the nights, something she had not done in months,” said her father, Raul Elizalde. (Esteban Felix/AP)

This is the second in Leafly’s four-part series on cannabis in Mexico. In the first installment, Peter Hecht profiled cannabis advocate and former Mexican President Vicente Fox.

Amid the vast volcano fields spanning the central Mexican states of Michoacán and Guanajuato, Hector Nieto cultivates a secret medicinal garden. He hopes its flowering plants represent a cure for his nation’s suffering.

In 2015, Mexico's Supreme Court authorized the importation of CBD cannabis for an eight-year-old girl with intractable seizures. But few others have gained access.

Nieto, 44, is a farmer who makes his living selling broccoli, lettuce, tomatoes and peppers. Beyond those crops lies a modest cannabis garden. He grows it for free, he says, for a small group of patients suffering conditions including multiple sclerosis, Parkinson’s Disease, epilepsy and fibromyalgia.

In a legal Mexican cannabis economy, Nieto might be a prized artisan grower, perhaps even a wealthy one. In March, his Zamaldelica strain, a heady Sativa with a healthy dose of cannabidiol (CBD), won top prize in a rare Mexican cannabis cup, sponsored in Guadalajara by the Spanish company Ace Seeds.

Will that medical cannabis industry open anytime soon in Mexico? Among those with a vested interest in the business here, the consensus seems to be yes, a legal market will open, but no, it will not happen soon, despite the recent landslide victory of Andrés Manuel López Obrador. Mexico’s new president-elect has declared himself open but not decided on the issue. “It is a subject that must be debated,” he said when asked about legalization earlier this year. 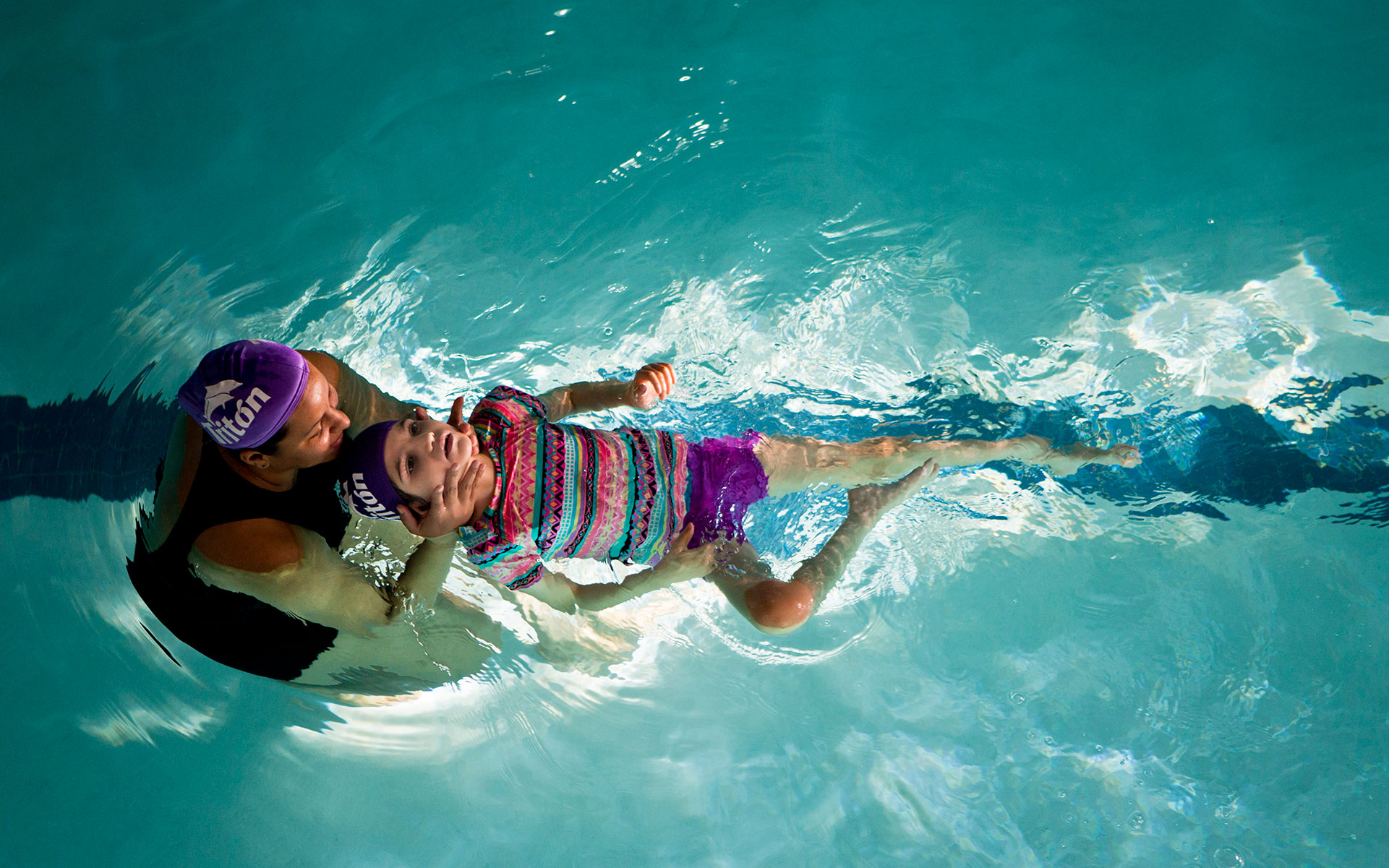 Graciela Elizalde receives hydrotherapy treatment at a swimming complex. Elizalde’s parents have seen a difference in their daughter since she began taking a marijuana extract. (Esteban Felix/AP)

The incoming president inherits a nation still reeling from a drug war that’s produced a dozen years of cartel violence and death. At the same time, Mexico is taking small steps toward medical legalization.

That vote represented Mexico’s first step away from national cannabis probation since outlawing it in 1917. But it allowed a narrow pathway for a few select patients. In December 2017, the government announced guidelines permitting importation of “pharmacological derivatives of cannabis,” oils, pills and foods with less than one-percent THC, with higher potencies requiring special government approval for individual patients.

Regulations are still being refined for eventual medical cannabis stores, which may be as much as two years away from opening. Those dispensaries are expected to be barred from selling smokable cannabis.

Medical Marijuana Is Legal in 30 States

Coming Out of the Shadow Economy

Those steps were small, but they were enough to coax a grower like Hector Nieto out of the shadows. In late May, he brought some of his prize-winning plants to show off at the Canna Mexico World Summit, which drew hopeful Mexican entrepreneurs and would-be domestic and foreign investors.

Amidst such capitalist fanfare, Nieto stood out as a humble realist in a troubled country. He told me he merely dreamed of a legal space for cultivators in Mexico. He doesn’t expect to get rich. Nieto hopes to just keep on producing cannabis at little or no cost to patients. He’d also like to see more university research into the plant’s medical benefits.

“The message I want to get out is that we in Mexico know how to produce medical cannabis,” he told me. “I’m not interested in the economics right now. I am interested in this medicine. I hope that this plant will be freed in Mexico.”

A Risk Worth Taking

In an interview with Leafly, Julio Sánchez y Tépoz, secretary of the Federal Commission for Protection Against Health Risks (or COFEPRIS), said medical cannabis stores are unlikely to open until at least 2019. He said the government is refining regulations to make that happen.

One activist makes risky trips to California to obtain CBD medicine for patients in Mexico.

“I believe as soon as the new regulations are put into place, we are going to see cannabis stories (opening) very fast,” said Sánchez y Tépoz, whose agency is the Mexican equivalent of the Food and Drug Administration in the United States.

Although Mexico’s Congress legalized medical cannabis more than a year ago, legislators created no legal structure around the cultivation and sale of the product. So far, Mexico has granted only 308 permits for hemp-based CBD products to be imported for patients from Europe, Canada, and Israel.

The slow pace has advocates such as Juan Alvaro Cortes, 49, of Guadalajara taking matters into their own hands. Alvaro Cortes heads a venture called Canna Pharma that eventually hopes to produce legal CBD products in Mexico. Meanwhile, he makes furtive trips to California to buy CBD products for an organization that works to get the non-intoxicating medicine to children under doctors’ care for epilepsy and other conditions. 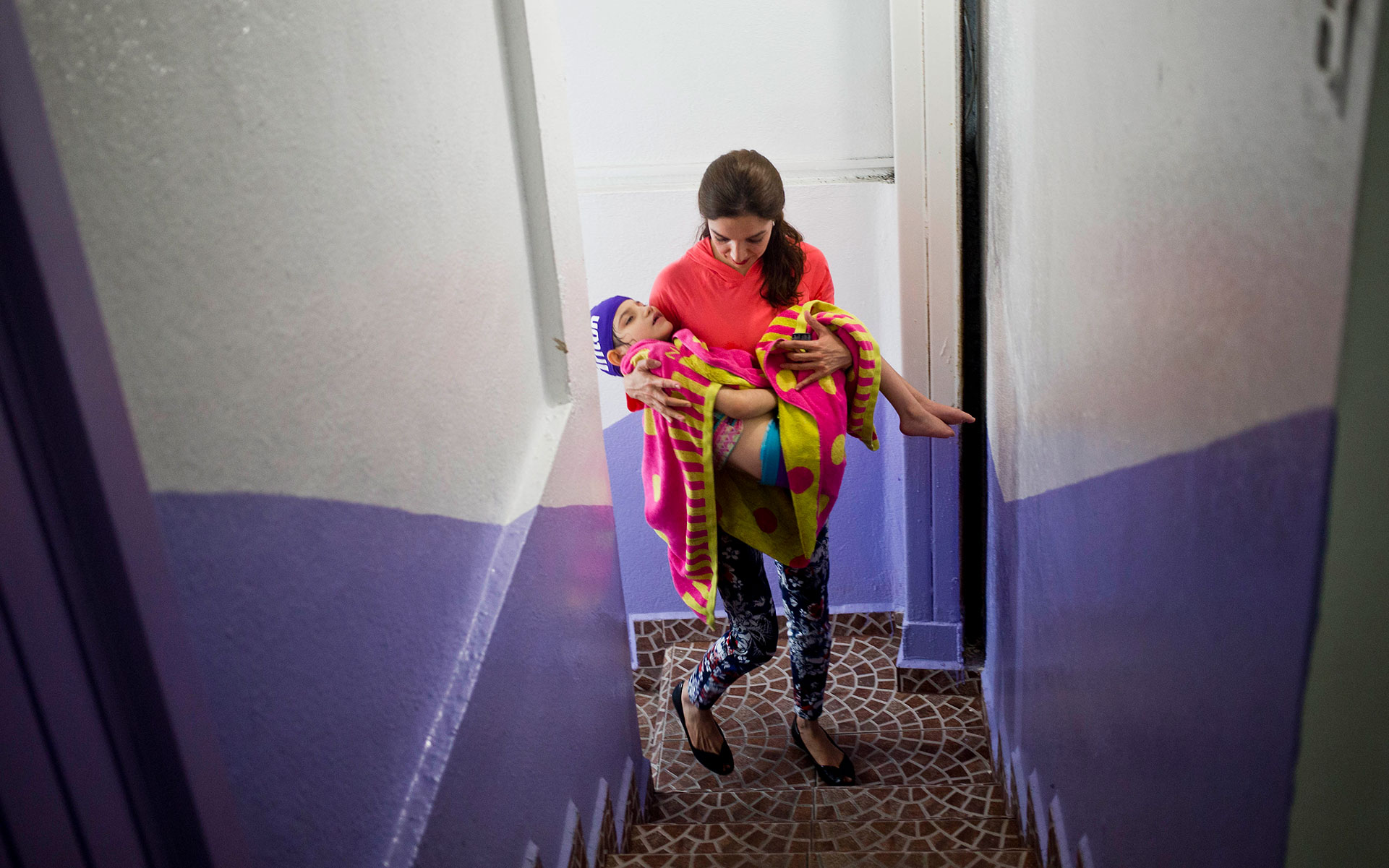 Mayela Benavides carries a her daughter Graciela after a hydrotherapy treatment. (Esteban Felix/AP)

At the Canna Mexico conference, Vicente Fox called on Mexico’s Congress to accelerate full cannabis legalization with domestic research, cultivation, production, retail sales and, eventually, exportation. And he put out a call for investors to participate in this coming economy. “We’re putting all the pieces together,” he said. “But in Mexico, we say, ‘Only money dances.’”

We’re putting all the pieces together. But in Mexico, we say, ‘Only money dances.’
Vicente Fox, Former President of Mexico

Fox opened the event with a sobering discussion of Mexico’s drug violence. But the conference at times took on a frenzied energy, which at times seemed perplexing, if not awkward. Mexico, wounded by violence, still lacks any discernable cannabis business sector. And yet it was being hyped at the conference as the gateway to an incredible market, one that could eventually extend from the Americas to Spain and Portugal.

“The (full) market that Mexico can establish by being the first country to regulate it in the Spanish-speaking and Portuguese-speaking worlds is 730 million people, double the entire US market,” gushed Bocskor, president of Electrum Partners, a Las Vegas consulting firm for legal cannabis businesses.

But some would-be investors are proceeding with considerable caution.

Marco Hoffman, CEO of the Washington-based cannabis production company Evergreen Herbal Distribution, came to Mexico on an exploratory trip to assess the risk of investing in a potentially important emerging market.

“For someone who assesses risk, I see opportunity,” Hoffman told me. “Finding the right people (to partner with) would be the first thing.” Then he added a qualifier: “If there is an underground market contingent (in Mexico) trying to muscle its way in, we would want no part of that.”

We Are Saying ‘Enough!’

Hoffman’s reticence speaks to that other factor in Mexico: drug cartel violence that’s unlikely to play well in any investment prospectus. Drug violence, from warring cartels and a disastrous government crackdown, is blamed for 200,0o0 deaths since 2006—and a homicide record of more than 29,000 killings in 2017.

“This is the place where we are saying basta— enough!” said Fernando Belaunzarán, a Mexico City Congressman and legalization advocate. Belaunzarán supports Fox’s view that a regulated cannabis economy could simultaneously offer economic opportunities while curbing violence. “We have had tremendous pain. Last year was one of the most violent years in centuries. And in 2018, it is looking more violent. This is a terrible humanitarian crisis.”

“Let’s say enough!” he railed in Spanish to attendees at the Canna Mexico conference. “Enough after 90 years of prohibition in Mexico! How much more pain must we endure?”

Enthusiasm only goes so far in Mexico, though. Six years ago, Belaunzarán introduced a sweeping but ultimately unsuccessful cannabis legalization bill. Later, he acted as a public advocate for the family of Graciela Elizalde during her Supreme Court fight to use medical cannabis to treat seizures from Lennox-Gastaut Syndrome. He noted there are medical cannabis dispensaries just across the border in San Yisdro, California, but nowhere in Mexico. Belaunzarán says he believes Mexico—as a country—can begin to heal once that changes.

Next in the series: How Mexico’s drug cartels are slowing the pace of cannabis reform.

Quality Cannabis Can Be Hard To Find

Let Leafly Search for You