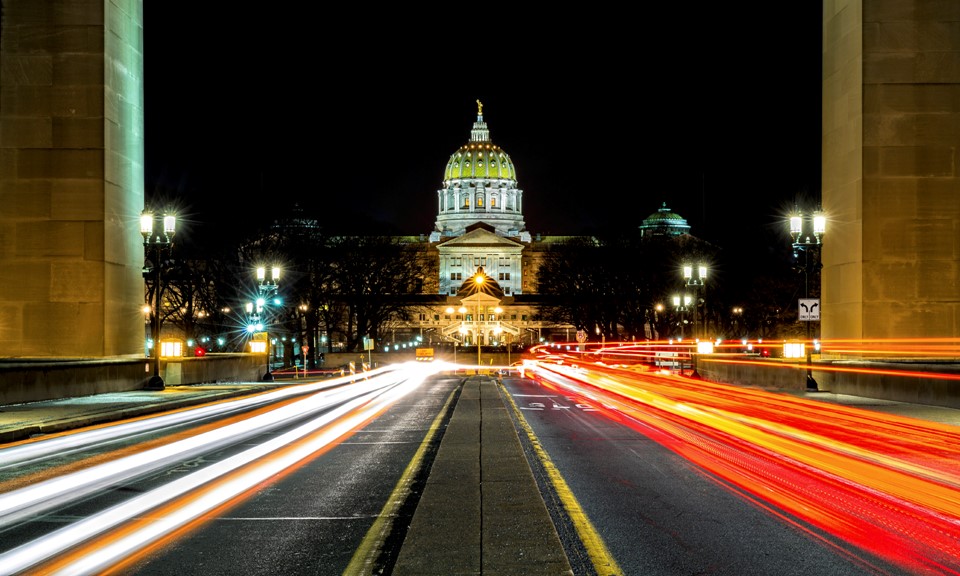 HARRISBURG, Pa. (AP) — A bill to let Pennsylvania patients who suffer from a list of ailments obtain marijuana for therapeutic purposes easily passed the state House on Wednesday, leaving only approval by the Senate, which overwhelmingly passed a similar bill last year.

The House voted 149-43 for legislation that would set standards for growers, dispensaries and physicians. Patients could take the drug in pill, oil or liquid form, but would not be able to obtain marijuana they could smoke.

Supporters said it would help relieve the suffering of sick people.

"Today we have the opportunity of offering hope to the parents of these children, to the patients, offering the hope of letting them, along with their doctors, decide how to best treat the conditions they're dealing with on a daily basis," said Rep. Jim Cox, R-Berks.

Opponents argued the Legislature should not be approving a drug that is illegal under federal law.

"We're setting the path to bypass the FDA (Food and Drug Administration) product approval process, whether the drugs are good or bad. We're saying we're willing to circumvent that process, a process that's been in place for over 100 years, because it's what's needed now," said Majority Whip Bryan Cutler, R-Lancaster.

The bill would allow people to purchase marijuana from a dispensary after they have been certified by a medical practitioner to have one of the enumerated conditions, including cancer, epilepsy, multiple sclerosis, AIDS, glaucoma and chronic or intractable pain. Under the proposal, the state would license up to 25 growers and processors, and as many as 50 dispensaries, which could each operate three locations.

Rep. Jeff Pyle, R-Armstrong, drew a standing ovation after speaking of his own battle with cancer and the chance that his daughters may inherit the disease.

"I live with cancer every day. I'm told there's a very high likelihood I'll have it again," Pyle said, adding: "Please let my kids have access to this."

Advocates, including the parents of children with epilepsy, celebrated in the Capitol after several years of going from door to door, seeking support among lawmakers.

One parent, Dana Ulrich, said she is convinced that legal access to the drug would help her 8-year-old daughter Lorelei, who has numerous seizures every day.

"I absolutely believe that it will help her and so does her doctor," she said.

Noting that medical groups have come out against the bill, saying it needs more research, Rep. Matt Baker, R-Tioga, called the vote unprecedented.

"I cannot remember when was the last time this august body voted on a bill that was in direct violation of federal law," Baker said.

"All we're doing is allowing the people of the commonwealth of Pennsylvania who need this to access it legally," Flynn said.

Sen. Mike Folmer, R-Lebanon, a key sponsor, said the Senate would take it up and get it to the governor as soon as possible.

"We understand the urgency behind continuing the progress," Kocher said.

Democratic Gov. Tom Wolf, who has urged passage of legalized medical marijuana, released a statement that applauded the House vote and predicted the bill would provide "essential help" to patients.

The National Conference of State Legislatures says 23 states, Guam and Washington, D.C., have enacted comprehensive public medical marijuana and cannabis programs since California was first in 1996.