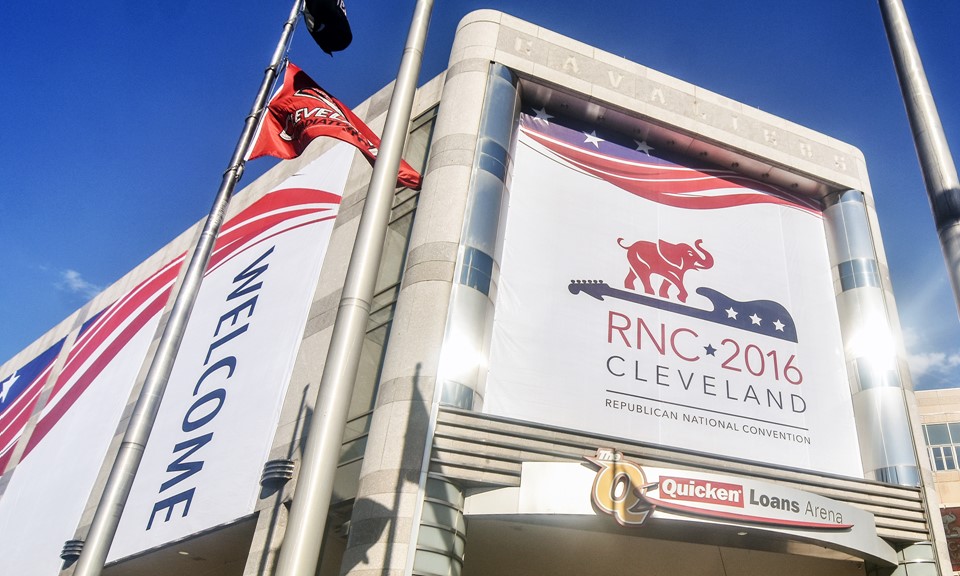 One of the many sideshows involved the GOP platform on drug reform, which ended up sidestepping the question of legalized cannabis and states’ rights entirely.

The section of the party platform titled “Combatting Drug Abuse” went through several incarnations before the final version was approved just in time for the Republican National Convention.

Republicans have come to a consensus. They have agreed to worry about legalization:

“The progress made over the last three decades against drug abuse is eroding, whether for cultural reasons or for lack of national leadership. In many jurisdictions, marijuana is virtually legalized despite its illegality under federal law.”

That’s more a skewed observation than a policy. It’s unclear whether the party believes GOP leaders should enforce federal law and eradicate state-legal cannabis or take a laissez-faire approach as the Obama administration has done.

The drug platform continues on to focus on the opioid epidemic.

“The misuse of prescription painkillers — opioids — is a related problem. Heroin and opioid abuse touches our communities, our homes, and our families in ways that have grave effects on Americans in every community. With a quadrupling of both their sales and their overdose deaths, the opioid crisis is ravaging communities all over the country, often hitting rural areas harder than urban.”

Anyone familiar with drug policy recognizes that America has a problem with opioids. However, it’s more frustrating that the Grand Old Party recognizes the opioid epidemic without also acknowledging the positive role that legalized cannabis is playing in reducing opioid use.

A study published just a couple weeks ago found that among states that legalized medical marijuana, prescription drug use rates dropped overall. On average, physicians in medical states write 1,826 fewer prescriptions for painkillers annually compared to states without medical cannabis.

Another study found that states with medical marijuana saw a 25 percent reduction in prescription painkiller overdoses. Within one year of medical legalization, the rate of opioid overdose deaths dropped dramatically.

The drug policy platform ends with a call for unity behind another piece of legislation, the Comprehensive Addiction and Recovery Act.

“We look for expeditious agreement between the House and Senate on the Comprehensive Addiction and Recovery Act, which addresses the opioid epidemic from both the demand and supply sides of the problem.”

The CARA bill, which already passed through the U.S. Senate, would expand prevention and education, but the bill isn’t without its flaws. The legislation is overarching and comprehensive, but it would require $62 million in federal funding. These are exactly the kinds of programs that are now being funded by marijuana excise tax revenue in Colorado and Washington. Perhaps the bill’s only saving grace is its commitment to using treatment services over incarceration for individuals who meet certain criteria.

In a party committed to states’ rights and personal liberty, this year’s platform is a lost opportunity to make critical reforms for the betterment of the country as a whole.